There are a few games that transmit the sounds of the engines of small and fast F1 vehicles to our ears, and the search for a game that simulates this sport will make the players fall directly on the game F1 2012, which though it was a big breather and not many competitors, but they did not stop these last to add more points to the meter The fun of the players, up to F1 2012 developers work to improve a lot and make repairs to ensure the survival of the game on a single track within the racetrack, the changes are not the size that makes us say it is a new beginning, but we can say that successful completion of successful recipe of the previous section,To keep the basics of the game? Let's find out.
As every time, we had to wait for the Codemasters to sit behind the sleek, high-speed 600kg steering wheel, being the sole owner of the rights of speed-hopping sports on the twisted track. The developer did not want to venture to change anything. Everyone believes it, because that means that some wonder why the change, F1 2012 is not a fake auction of course, but it is what can be said of a much improved version of the previous part, which of course was not bad but easily reached the level of good, part of this year goes on the same The road, the repair of mistakes, the refinement of the basics and here we are again on Ash T race tracks the company of the best racers and competitors such stubborn, behind the wheel again with the best experience.
*******************
In the racing games, there are two important things, the car and the track, once the improvement of their employment, the good of the game, fail in the embodiment of one spoils the experience, a simple equation based on racing games, and harder when your game embodiment of the game based on scientific imagination, of course other factors make the game better , Artificial intelligence, effects and so on, but behind the steering wheel and helmet on your head, you have to keep your eyes on the road in front of you, on the speedometer as you cross the turns or finish the race, either late or out early, F1 2012 constantly blaming towards the full embodiment of the F1 races , Not too far away to look bad and not close to Pal But it is able to give the player the feeling that he is driving this large speed vehicle and a broad smile that only has his ears drawn on his face, not because he is very happy but because he forgot to wear his helmets. This year F1 improved the position of the track cars, Unique in its wheels makes the weight of cars look very real, especially during the turns that typify the race track of the genre, this part really gives a unique sense of speed cars, which was calculated before the first part, the only thing that you have to do to live the experience is to disable help options, The Less when you feel you've mastered the game enough 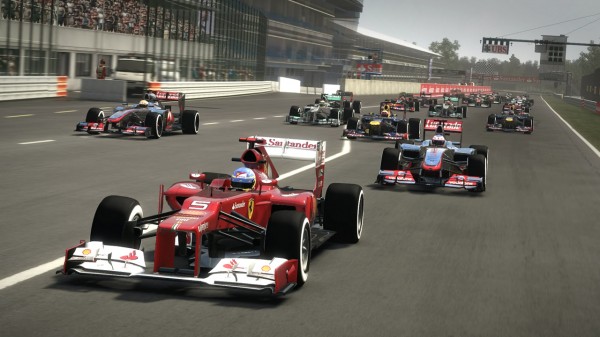 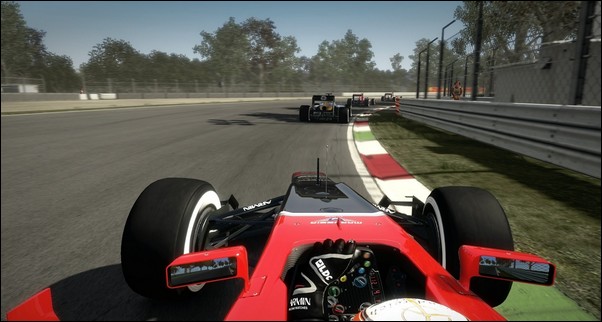 It is not really possible to say that the game is the kind that makes players dizzy as they choose between the lists of the game, the changes are few and seem normal, but the important thing is that the fun of the game is exactly what the lovers of the genre are looking for to make room for other things. To share with each other the atmosphere of races with the presence of the style of playing with someone else is connected to each other across the network, other than the patterns of individual play is divided between what can be said playing styles for those who like to enjoy, as a random race, or styles for the professionals of the game as a choice of "championship" It makes you compete within Cenaar There is also a small addition that makes any player adapt to the atmosphere of F1 and the game in general, a style that is training will teach you the basics of the game When you start and when to stop, how to increase speed and how to look around you and so, it is through training sessions with explanation or through what can be called theoretical lessons that will not play in them, but will see some presentations that explain the basics especially the addition of new mechanisms such as control brake sharpness and speeding manually and others .

This part seems to be a successful sequel despite what can be offended by modest content compared to the previous part. The 2012 part records a successful sequel return that maintains the same level, not revolutionary but offers the best genre simulation yet, driving fun with this part is guaranteed