The game "Resident Evil: Revelations" was previously released on "Nintendo 3DS". Capcom has decided to release this game on current devices and give us the game after it has been re-produced with high quality "HD" technology. Let's find out if the game is worth it and whether Capcom has succeeded in reproducing the game to be high-quality or not.
Certainly the most important element of this version is the developed graphics, the capabilities of home appliances far outweigh the abilities of Nintendo 3DS, the designs of the enemies and heroes have been modified by the game and talk about the Takstars of the characters seem to be much clearer especially the enemies so it is very easy to identify the design of the enemy, And the belly where we see the details very well and never suggest that the game is transferred from another device, for the designs of the main characters I can not say that she got the same interest, yes improved fees for her, but Chris for example gives a picture that the game revolves A bit low in detail of the face and body while the generation looks better. 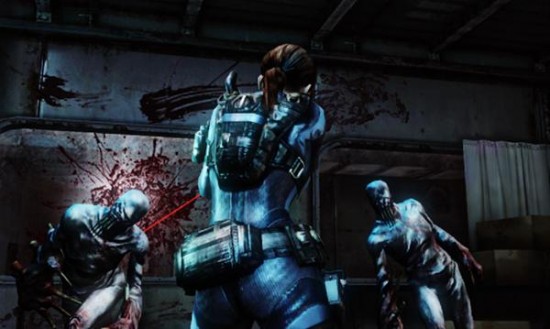 The graphics in the environment itself and the game areas you find evolved in other places and you see some details transferred directly from the version of the 3 DS also seems to be the same quality, overall game fees have improved a lot but do not compare with games this time of the life of the devices and yet remain good because the original version of the game was distinctive Graphically even on a mobile device with limited capabilities.

It's easy to shoot and walk at the same time (it was a very difficult 3DS process) and to hit the monsters more accurately and especially with their weaknesses. The game also adds a classical control option, or so called Tank Control where the camera becomes very limited in movement and your personality moves to specific angles only, The idea is beautiful, but the fact that the game is played with a fixed camera and the character of the game which is very different from the old parts did not find the experience comfortable at all. 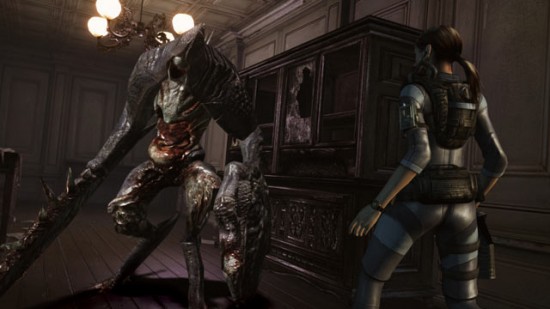 The loading periods that were a problem with the 3DS game improved in some areas and in other areas which remained very slow. More choices and personalities were added to the game. This game adds a good life to the game. The game has a very strong content and will play a number of times. The game adds the option of the level of difficulty infernal mode, which offers you a very complex experience and a strong challenge for the professionals of the games and each bullet will make a big difference to you in this challenge and certainly adds a lot to the age of the game and finally there is Ano A new breed of enemy is also a powerful challenge for gaming professionals.

If you have not tried Resident Evil: Revelations with the 3DS version you have to try this on home appliances. This game presents one of the best games of the Resident Evil series for a long time and you hope to be the beginning of the series return to its lost sparkle.

A good game tbh, but RE4 is the best imho