Paladins: Champions of the Realm is a free-to-play online shooter video game by Hi-Rez Studios. The game was developed by an internal studio of Hi-Rez and was released in 2018 for multiple platforms. With many updates to come, this will be an amazing game.

Paladins is a free online first or third person shooter video game made by Hi-Rez Studios for your entertainment. And was released in 2018 for Microsoft Windows, PlayStation 4, Xbox One, and Nintendo Switch.
Paladins is a really fun shooter game, in my opinion, better than Overwatch. I know many people may disagree with me, but Paladins is more fantasy-like and Overwatch is just people (and animals) in robots fighting each other senselessly. And for the record Overwatch has stolen Paladins characters and used them in their own game without giving any credit to the creator(s). Paladins also likes the community being involved and they donate money to charities. They let you be involved by testing out their maps, having regular contests, by having HRX (where people dress up as their favorite characters from the game [Cosplay convention]), and by having a PTS (Public Test Server) for everyone. They are also trying to enable cross-play throughout all of their platforms.
There are thirty-nine players in total, but they're about to add a new one! And each of the characters has a wide range of talents and abilities, that way you can always mix things up with a different character once you get tired of one.
Paladins has three main game modes:
1) Siege. In a siege, you want to capture the objective (by standing on it) and take it to the other side of the map (the other team's side) and you need to get four points in total. The way you get points is by standing on the objective (+1 point), bringing it to the other team's side (+1 point), or by stopping the other team's siege engine from getting to your side (+1 point).

(Courtesy of TGMStreamer on Twitch)
2) Onslaught. In onslaught, you have to stand in a big rectangle and kill people, and the first person to 400 points wins (I know that may seem like a lot compared to the other one, but in this one, you get points faster). The way to get points is by killing people (+5 points) or by standing on the objective (+1 point per second). 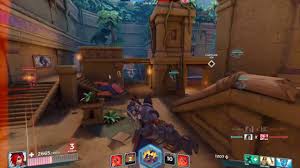 (Courtesy of LandorftheMage YouTube)
3) Team Death Match (TDM). In team deathmatch, all you have to do is kill the other team and rack up forty points. This, in my opinion, is the easiest and the fastest one. You get one point for every person that you kill and the first to forty kills wins. 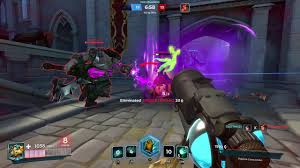 There is also one other mode, well I wouldn't technically call it a mode it's just siege, but you are trying to climb the leaderboard of Paladins players.
You can also try out TRAINING! You practically can practice any game mode (or just a shooting range to try out a character) with bots on the other team and real/bots intermixed on your team. It's an easy way just to level up your character or just to try and see how much you like one! 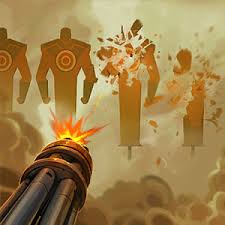 So, in conclusion, you should try out Paladins because it is a very fun game and I spend all my time and money on it (haha).

I prefer Paladins more than Overwatch

I think this is a pretty good article. I am a bit more interested in the game now!

its a ok article, good job

well the pictures are a little small, would like it to be a little bigger since the size is only 300x168 (idk how does it looks like on phone) since some people would like to see it bigger and well resolution to understand the game

Pics are kind of small but it's good overall.