The Italian studio Milestone has been specializing in the development of motorcycle games for the past few years and only in the first six months have released the third motocross game - MXGP Pro - which is the fourth continuation of the licensed game of the popular MXGP championship.

This year, the team from Milestone decided to build a game on the already existing MXGP 3 platform, which introduced some new things in the handling model that Milestone wants to expand in the new "Pro" sequel. As they have said, this year, some of the more experienced players wanted to provide a tougher, more demanding and realistic sense of driving these rather nasty engines on a demanding terrain. All in all, this is helped by a new engine, but on the following.

It would be best to start from the part of the game that offers the greatest news, that is the handling of the model and physics behind it. MXGP Pro offers several levels of model management: Standard, Semi-Pro and Pro. For beginners it is recommended that I start with a standard model that will make it easier to ride through the optimum positioning of the ride when entering the curve and back, but perhaps the key part of the braking. A semi-pro player gives more control, as well as more fun physics, which is nevertheless more prohibited if it is exaggerated in giving the throttle out of the bend or muddy and wet trails. The Pro-model gives full control over the driver's position and its balance, front and rear brakes, as well as over jumps and performing the famous "whip" in the air to provide better flight lengths and better traction when down. Motorcycle control is not easy and requires adjustment, but the game immediately starts with a mentorship that describes how to take a whip, how to control the brakes, spread and manually change speeds. 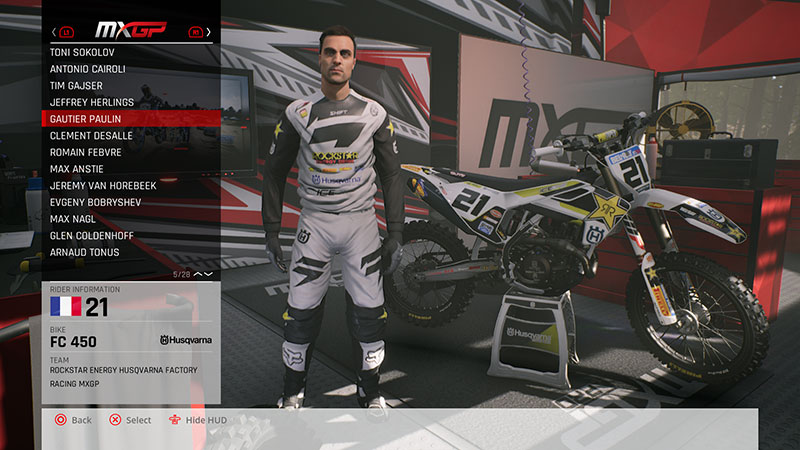 The MXGPa Pro physics in the curves is really great, but jumps require some improvement. The handling model is really adaptable, and after a few hours of getting to know the track, motorcycle control and use of the terrain for your benefit, it can compete with artificial intelligence that is a bit disappointing. Namely, the artificial intelligence of up to 150 cubic feet and 250 cubic meters (MX3 or MX2 with which you start your career) is pretty slow and on the toughest, "Realistic" level, and with no problems in qualifying, it has been 4 seconds ahead of the second-placed while in the race at 5 min + 3 laps finished the race with 20 seconds of advantage. Only in the MXGP category is artificial intelligence a challenge. However, I doubt it will be difficult to overcome it after a long time. We hope that Milestone will fix it with future upgrades because you can not jump on the MXGP motorcycle right now, so you're forced to drive the whole season with weak opponents.

As far as the career is concerned, it is standard solid and the player is expected to collect so-called Fame Points by means of which the player gets new sponsors and the ability to upgrade the motorcycle with a new, more powerful convoy, new forks that give better steering, brakes, rims and cosmetic additions such as shields for hand, rim in various colors etc. On our driver we can change the number on the back, the font and the color, as well as the colors and various patterns on his equipment. Adjusting the motorcycle has also been expanded and a bunch of things can be adjusted but still in a fairly easy way, without many numbers and unusual names.

The graphics game looks really good, but it's no wonder that this year's sequel uses Unreal Engine 4 that brings new texture and better surface deformation that defintively affects the gameplay and handling model - because you need to make the most of the rest the engines deform the path and curl in their favor to move faster, and the grooves that are created on the ground can serve as rails for better passing through the curve. The trails look very good at night races like those in Losail in the middle of a desert or a complete flood in Argentina or Italy when we have to look out for muddy surfaces and puddles that open as motorcycles pass and open large holes on the track. It looks impressive and definitely affects the gameplay and ride mode itself because adaptation is really important in difficult conditions. 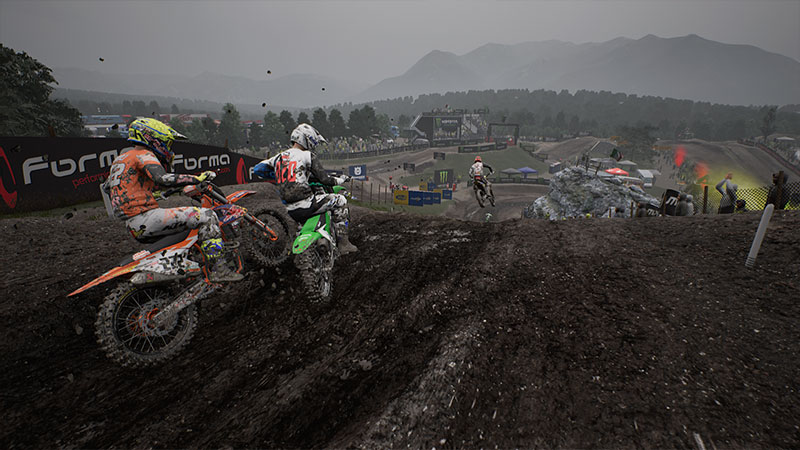 On the other hand, the sound of the game requires some work. The atmosphere around the track and the track looks very good, but the sound of the game can and must be better. The motorcycle that the player controls sounds more than solid, but the motorcycle around the players is silent that in reality is not the case. Opponents are just heard when they are right next to us, and the sound of the engine in the distance is non-existent. The audience should also be weaker because we rarely hear the public's reaction to the falls, we do not hear the famous bell in the audience, as well as the track recorder on the track that enthusiastically passes the race. It is a bit bizarre to hear the song of a bird around the track with 22 engines and 30,000 people on the track.

The game spins in 30 frames per second, and framerate is mostly stable, and a casual fall is felt at the very start when you are surrounded by 21 motorcycles, but in reality only the first 5 seconds and is not a problem. As far as the PS4 Pro and Xbox One X consoles are concerned, we do not have accurate information about additional support and benefits for players with stronger consoles.

As for multiplayer, at the time of writing reviews the servers were empty and there was no real chance to test how everything works, but what we know is that it will support up to 12 players in the lobby and of course everything can be adjusted to your liking - length of race, track, handling model and the like. There is always a popular Time Trial where you can work on qualifying circuits in the hope that you will be faster than your friend or the fastest on the ladder.

MXGP Pro is a completely solid and good motocross game that has plenty of room for improvement. The game is fun when you adapt to the handling model, motorbike and track and has a good potential, and Milestone invests a lot of work and resources and no doubt it will bring it to an even higher level.

past few years and only in the first six months have released the third motocross game - MXGP Pro - which is the fourth continuation of the licensed game of the popular MXGP championship.