Rate this article "Middle-earth: Shadow of Mordor Review and Story"

Middle-Earth Shadow of Mordor is one of the best games published in 2014 , the game takes place before the events of The Hobbit and The Lord of the Rings . The main character Talion which starts his quest for revenge against The Dark Lord.  The game is full of secretes and side quests you can do in order to unlock new upgrades. Talion binds with Celebrimbor in order to kill their common enemy 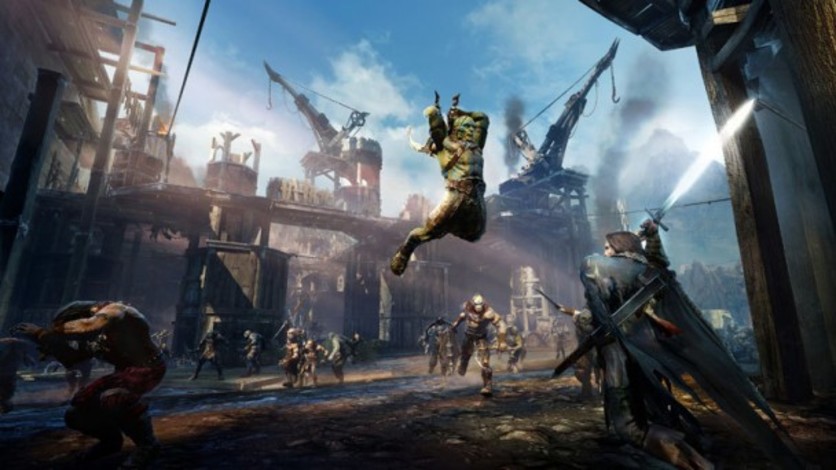 Story
The story starts at the Black Gate where Talion's familly is killed in front of him by Black Hand in order for him to summon in him the wraith  of Celebrimbor , instead Celebrimbor enters Talion's body and saves him.  They start they journey to Black Hand so that Talion can have his revenge. They meet Gollum  who can see Celebrimbor because  Gollum  had a strong connection with the ring made by Celebrimbor . Gollum helps Talion find relics which helps Celebrimbor remember his past and what he did,  he remembers making the ring and than he lost the ring , his life , his family to Sauron.
In their jounrey they also meet Ratbag  a weak orc which helps Talion in exchange for Talion killing Ratbag's enemies so he can get promoted.  Talions also meets Hirgon  another ranger which made a settlement called Gondorian outcasts , Talion  helps Ratbag climb the orc's power ranks and than he helps Hirgon   in blowing up a statue of Sauron so he can attract the attention of Black Hand. Instead of Black Hand Talion has to fight with the Hammer , after Talion kills him he goes to Queen Marwen , she helps them find more relics and they also meet with Torvin which tells them about his last partner and he shows Talion how to dominate Caragors and Graugs .
When they arrive at  Queen Marwen they free her from the control of Saruman and Talion starts using Celebrimbor's domination power in order to build an army of orcs. They start an attack on Black Hand's stronghold but he's not there , Talion fight The Tower eventually killing him.  Talion than goes where it all started , at the Black Gate where Black Hand uses his magic to incapacitate Celebrimbor and Talion  than he restores all Celebrimbor's memory , after he does that he kills himself in order for Celebrimbor to enter his body.  Celebrimbor  stop's Black Hand and Talion kills him. They decide to remain in Mordor and make a new ring in order to get rid of Sauron. 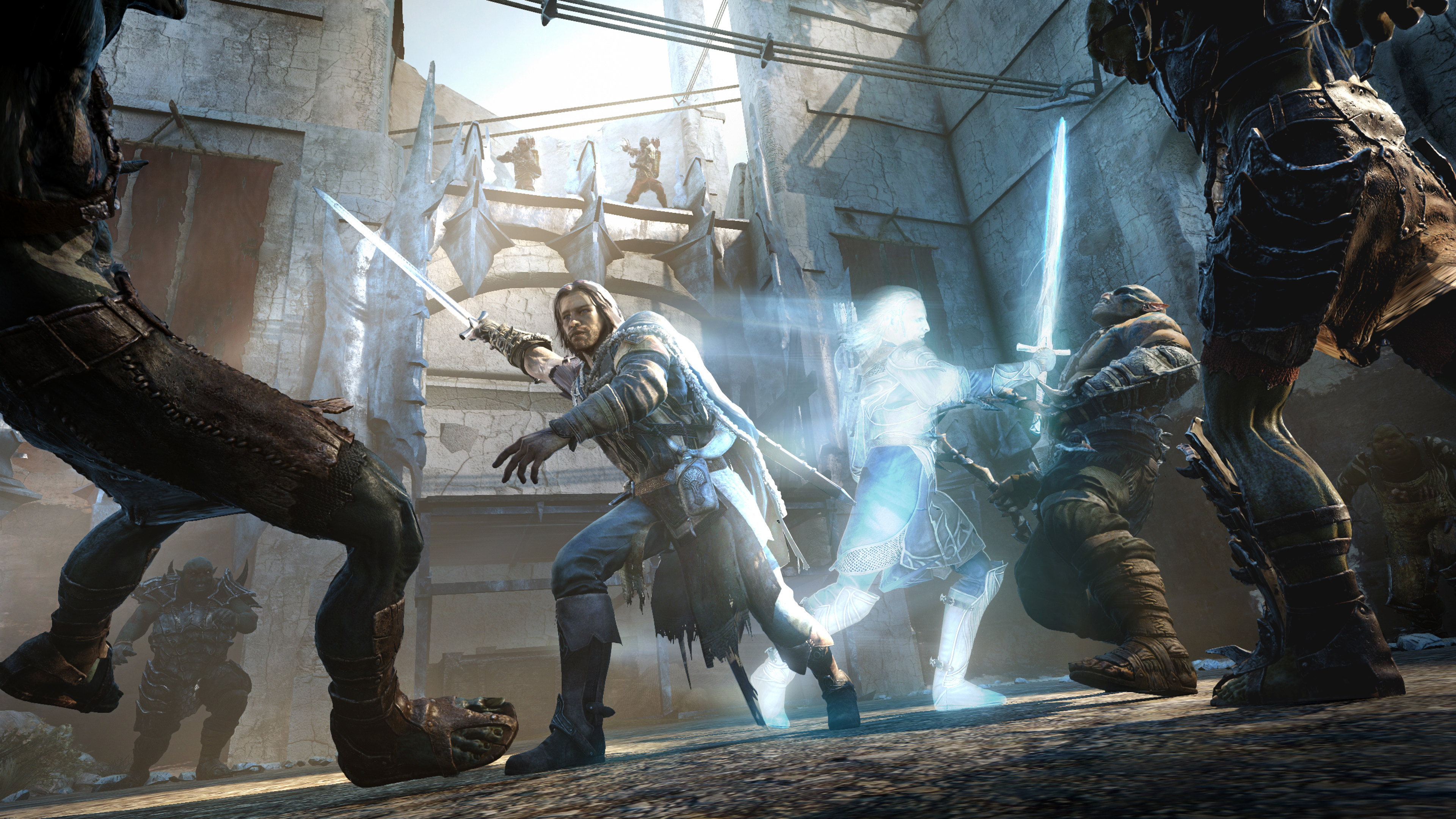 Gameplay
Middle-earth: Shadow of Mordor is not a complicated game , it has lots of side quests ,  and is based on a level system. You can upgrade your sword , bow using runes , you can also collect old artifacts or Elvish seals. There are  lots of abilities  you can unlock by  leveling up , in order to do that you will need xp , the easiest ways to get xp is by doing challenges or completing quests.  You can also do them in stealth , shooting down meat so you will attract the Caragors and Graugs or campfires , bee hives , etc, by using those the orcs won't detect you.
The challenges are not very hard but not easy either , you have to make a number of kills without being detected or by using the bow , etc. There are also the fast travel  points , you can unlock them by climbing the towers than Celebrimbor will hit the anvil located in the middle. You can try to save more peoples or to do everything  stealth but this won't effect the story , sadly there is only one ending , the one in which Talion kills Black hand and than is introducing the start of the new sequel.
Let's talk about the orc's ranking system , if you dominate an orc and you want to make him a warchief he has many options: KIlling other orcs which are higher rank than him than taking their place , going on a hunt , dueling with other orcs , killing you , etc. You don't really need a huge army of orcs , just a few really good ones , make sure that you won't kill them accidentally and that you don't start a duel between  your own orcs. 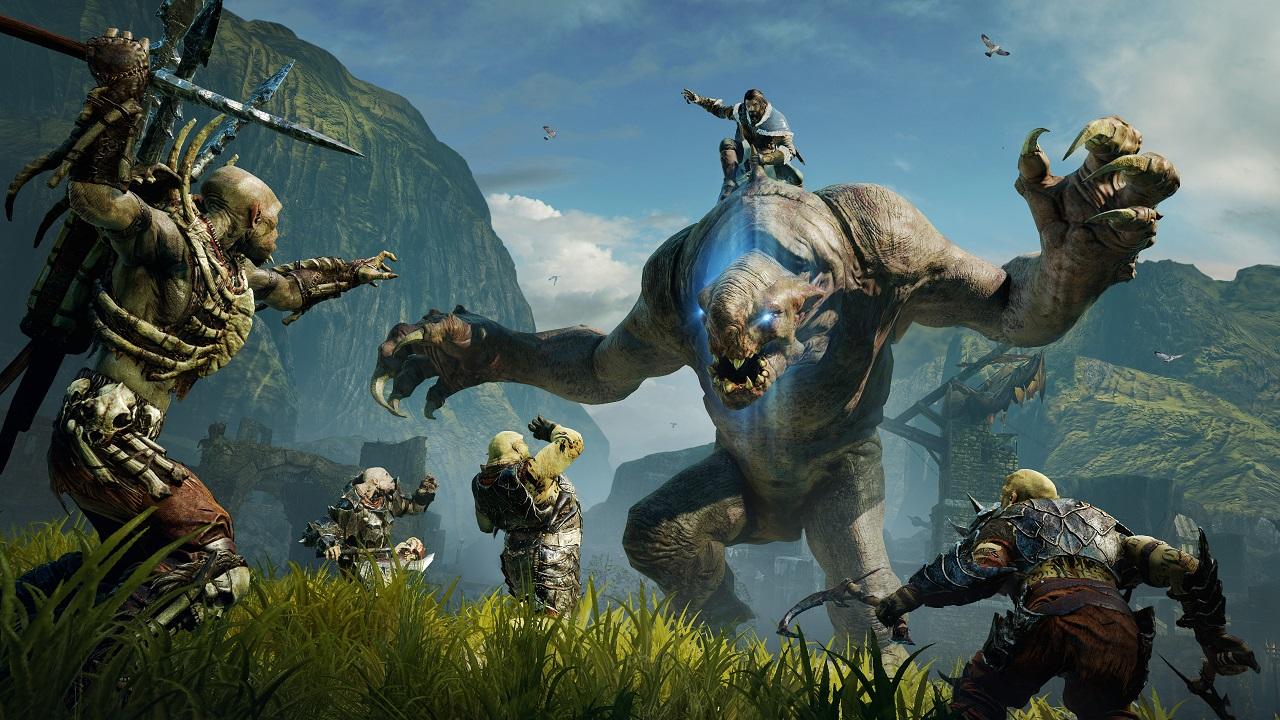 My opinion about the game and should  you buy the game?
In my opinion the game is one of the best games from 2014 , the story is very interesting and captivating , Talion is the type of character you feel bad and you try to make him feel better. The game has an average of 15h without searching all the secrets , all the challenges , only the main story and a few side quests. The gameplay is really cool and the fighting  is just amazing , the way that you can use Talion and Celebrimbor  in the same time is really nice. Overall i really enjoyed the game and i say that is worth it , i hope you enjoyed my article and that you have a nice day.
-Merisor

Rate this article Middle-earth: Shadow of Mordor Review and Story

The first of two great games from lotr trilogy. I must say this game was really epic. You can walk through mordor you can recruit,kill, ride beasts. Its execelent. DLC's are awesome, the game is maste

i dont know about this game. but it looks interesting hmm

It is a game with great gameplay, full of small details that make it very interesting, its story follows the plot of the series on which it is based, giving it that touch of suspense and action at every moment.