Rate this article "My Review & Guide for State Of Decay : YOSE Edition"

My Review & Guide for State Of Decay : YOSE Edition

State of Decay : YOSE is the Year One Survival Edition of the game , State of Decay . I've played it for over 3 months now and still enjoying .

It contains the original State of Decay ( story mode ) , State Of Decay : Breakdown ( Endless mode ) & State of Decay : Lifeline (  where you play as an army ) . It is a 3rd-person action game set in a dynamic open world with 1 pre-build map for the original story mode and another pre-build map for Lifeline.  It is fully open world and you can do whatever you like in the game alongside its storyline . You choose where to build your base , designing and fortifying your home base, performing daring raids for food and ammunition, collecting weapons and supplies and rescuing other playable survivors with unique talents. The game combines elements of shooters, stealth, role-playing and strategy games and the game challenges players to survive by exploring, scavenging, and fighting the undead.

These are the minimum requirements for your PC to run the game as stated on Steam. 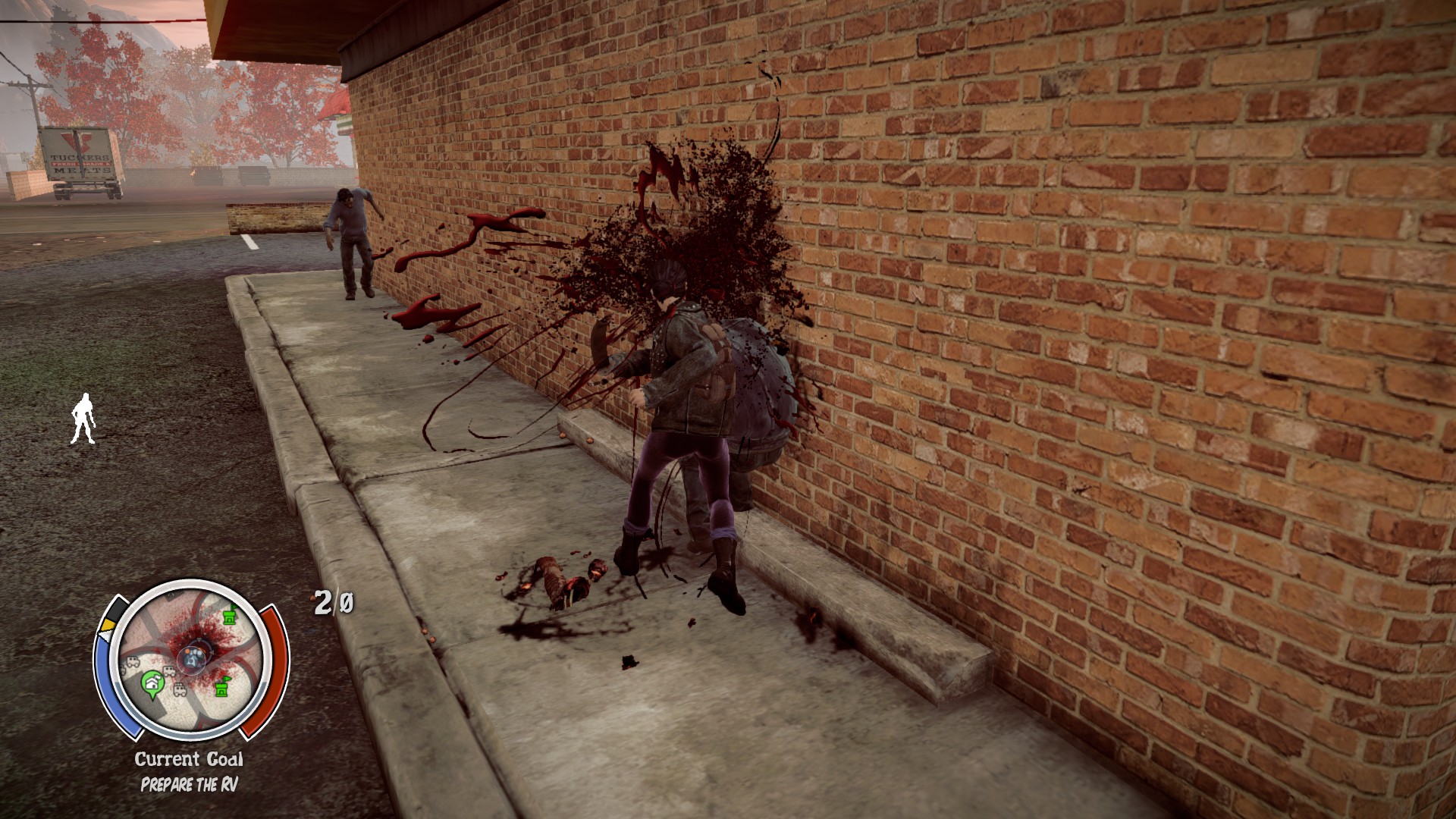 COMBAT MECHANICS - The satisfying combat mechanics for both shooting and melee can literally make you play endlessly. Melee weapons include heavy , edge and blunt weapons whereas ranged weapons include rifles , assault rifles , shotguns , pistols and rocket launchers . Explosives are also available to use such as grenades and molotov cocktails .  Each weapon has different lifespan depending on its durability but you can fix a broken one in your base if you have a machine shop built in your base. For beginners , there are 4 simple moves which are kick , swing , smash and jump. As you get higher level for your character , you can unlock special moves based on the weapon specialty you chose. For example , a heavy weapon specialist can perform "double dead' which is a hand-hand double kill special attack where the character crush 2 zombie skulls together when he is between them. For a edged weapon specialists , they can perform low-slice which make the character instantly slice of the zombie legs making the zombies fall onto the floor , helpless. You are also encouraged to max out all of your characters' skills such as wits , fighting  and shooting. Certain character have special skills. For instant , a chef would have cooking skills where you can slowly upgrade by making the chef constantly . If you are tired of killing zombies with your fists and guns , you can always just hop onto an abandoned cars alongside the road and run over the zombies . It is an instant kill move except for the mighty Juggernaut . Stealth attack is also available if you do not get noticed by zombies. 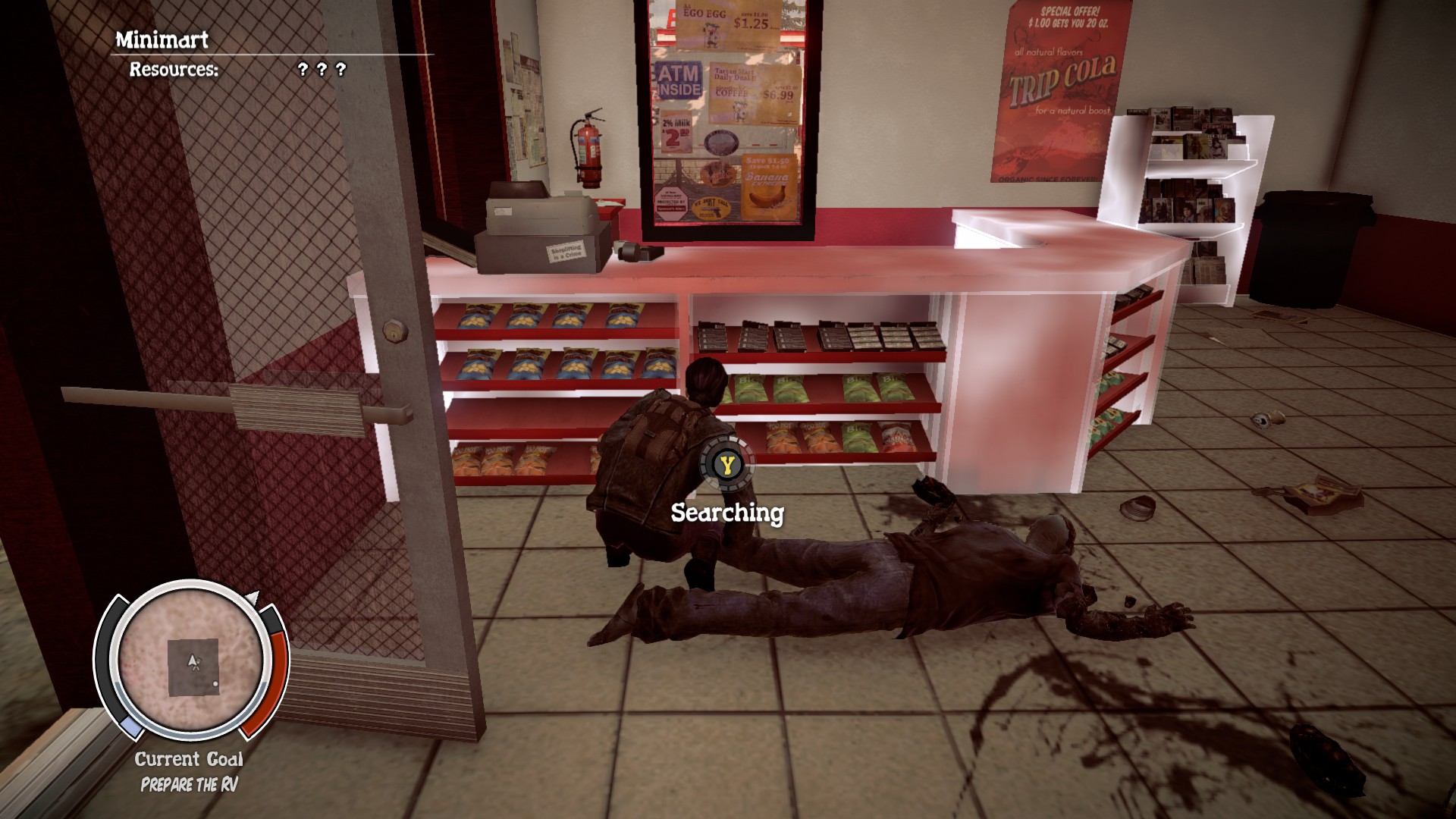 LOOTING - The looting system is simple . You only need to hold onto 1 button . However , it is your decision to whether speed up your scavenging at a risk of attracting zombies by with a loud noise or scavenge quietly where zombies can't hear you. If you think you are all geared up and ready , feel free to choose the first option but it usually wont end well because the zombies never stop coming to you. The chance of getting goods loot for scavenging is pretty fair. You get what you're searching for if you go to the correct building ( For example , going to a fast food restaurant to get food supplies ). Supplies can be carried back to base manually or by vehicle ( where you also have to drove back manually ). If you do not have enough space , you can always call to your base and send scavengers to the designated location . The scavenger will then carry back all the available supplies at the location . Looting is one of the most enjoyable thing to do in this game as it is so dangerous . 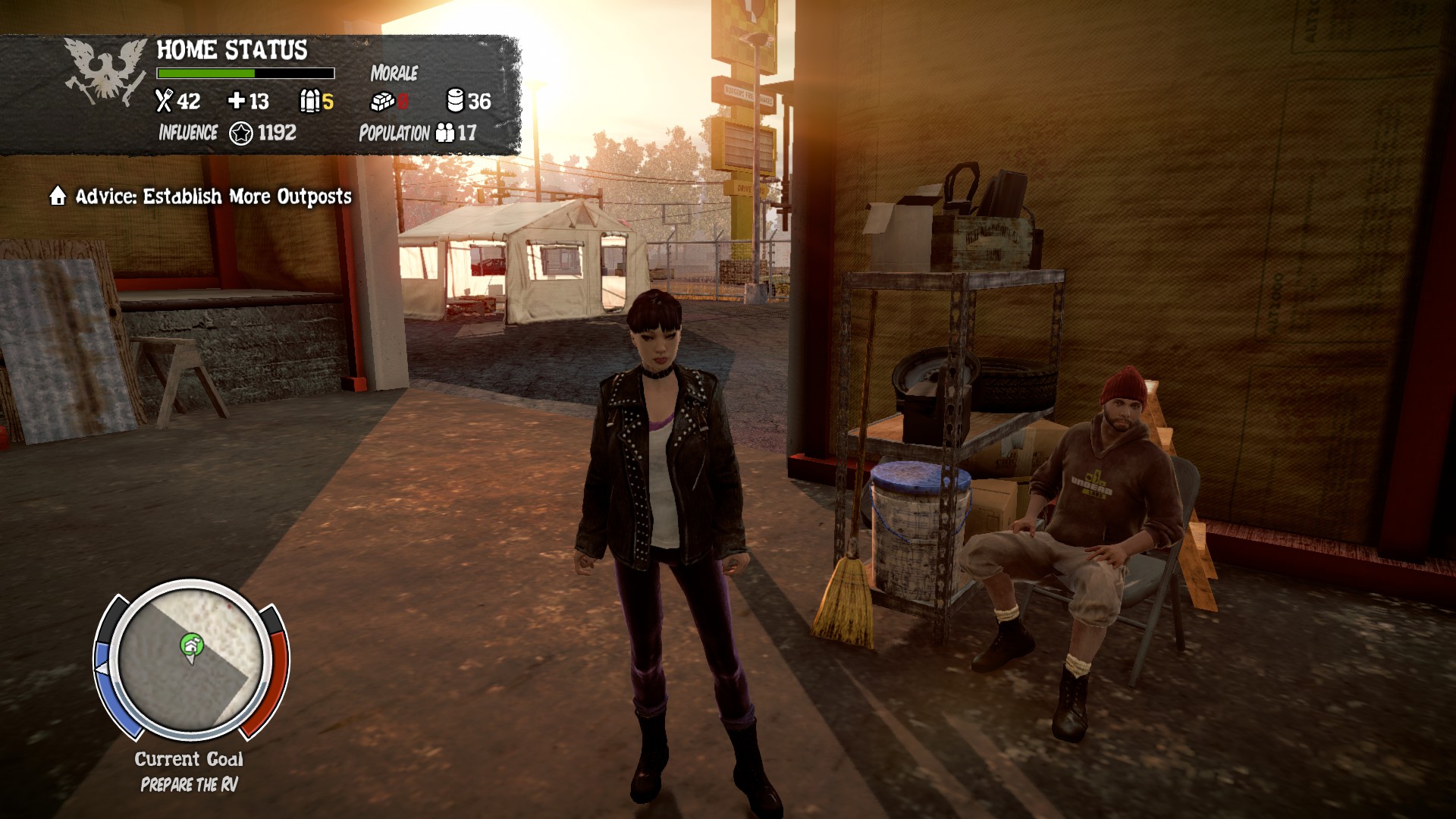 SURVIVORS - There are plenty of survivors in this game with different talents and skills . You can also recruit heroes if you are lucky enough to find them or it is usually unlocked after completing 1 challenge ( for breakdown ) . Heroes tend to have 1 or more maxed out skills with its specialty unlocked. The survivors in-game are playable once you become friends with them and you can easily switch to one another . To be the best at this game , I would suggest recruiting survivors with different abilities such as cooking , gardening & researching. Each of them can contribute a lot to your home base . Chef can improve the survivor's vitality and stamina by preparing a feast . Researchers can unlock more recipes to craft at the workshop . The simplest way to recruit more survivors is by helping out strangers on the map and they will slowly become your neighbors and will be available to recruit once you reach their maximum trust . Recruiting survivors strengthen your base and makes everything easier . 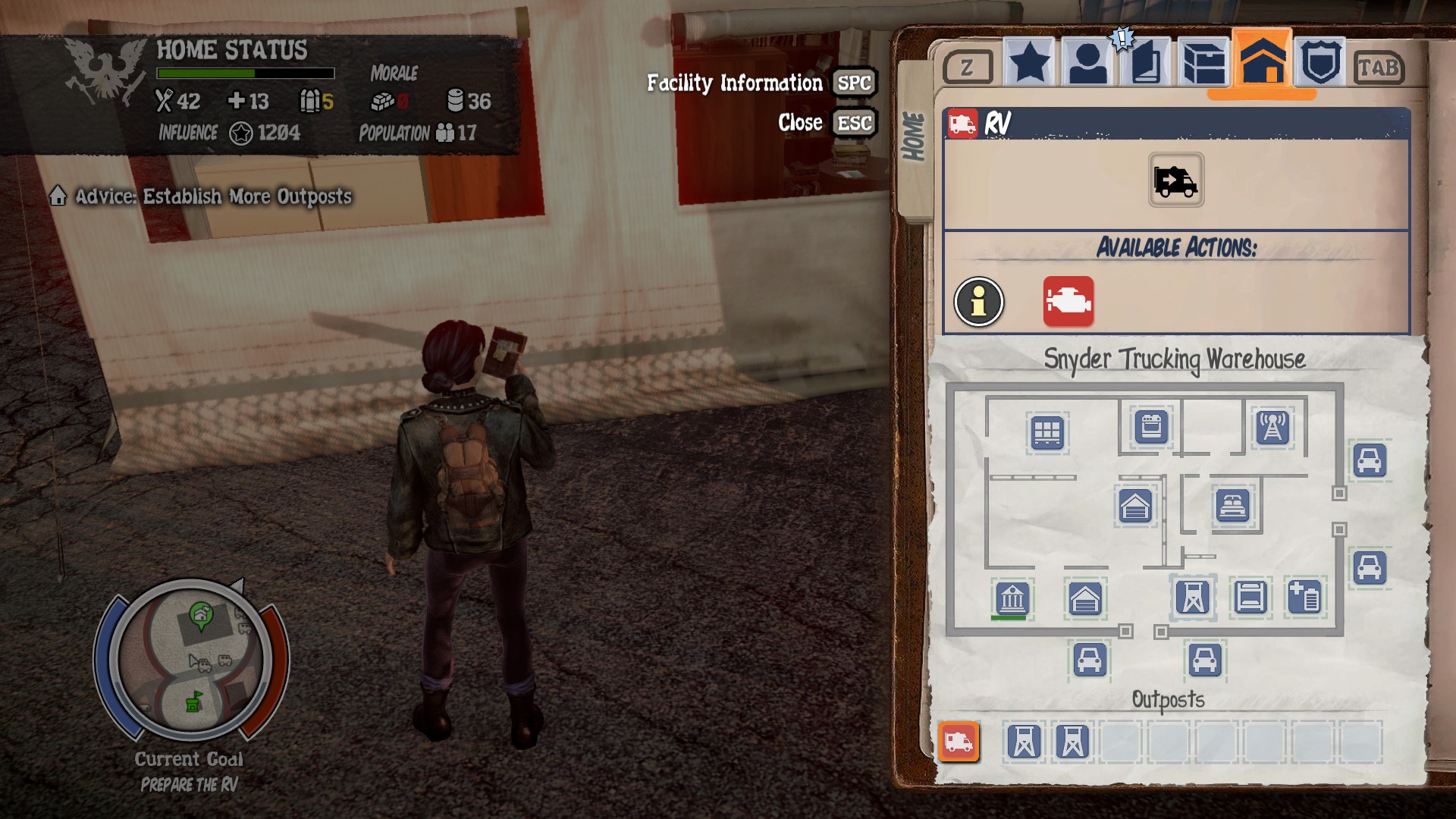 BASE MANAGEMENT - You will need to build your base and fortify it if you want to become the best apocalypse survivor out there . The available buildings and facilities to build are parking area , radio room , medical area , sleeping area , work area , watchtower , cooking are , dining area , garden area , library , storage area , training area and outposts . It is impossible to fit all of the facilities into 1 home base alone as proven by players. However , you can always demolish one of the buildings if you need the space to build something else. Be sure to upgrade and max out your facilities to get the most benefits out of them. To do this , you will need a lot of building materials which you can easily find by going into warehouses. To build a fully functional base , you would really need to plan it all out before you start . The waiting time for a building to complete is the same as real-life time. 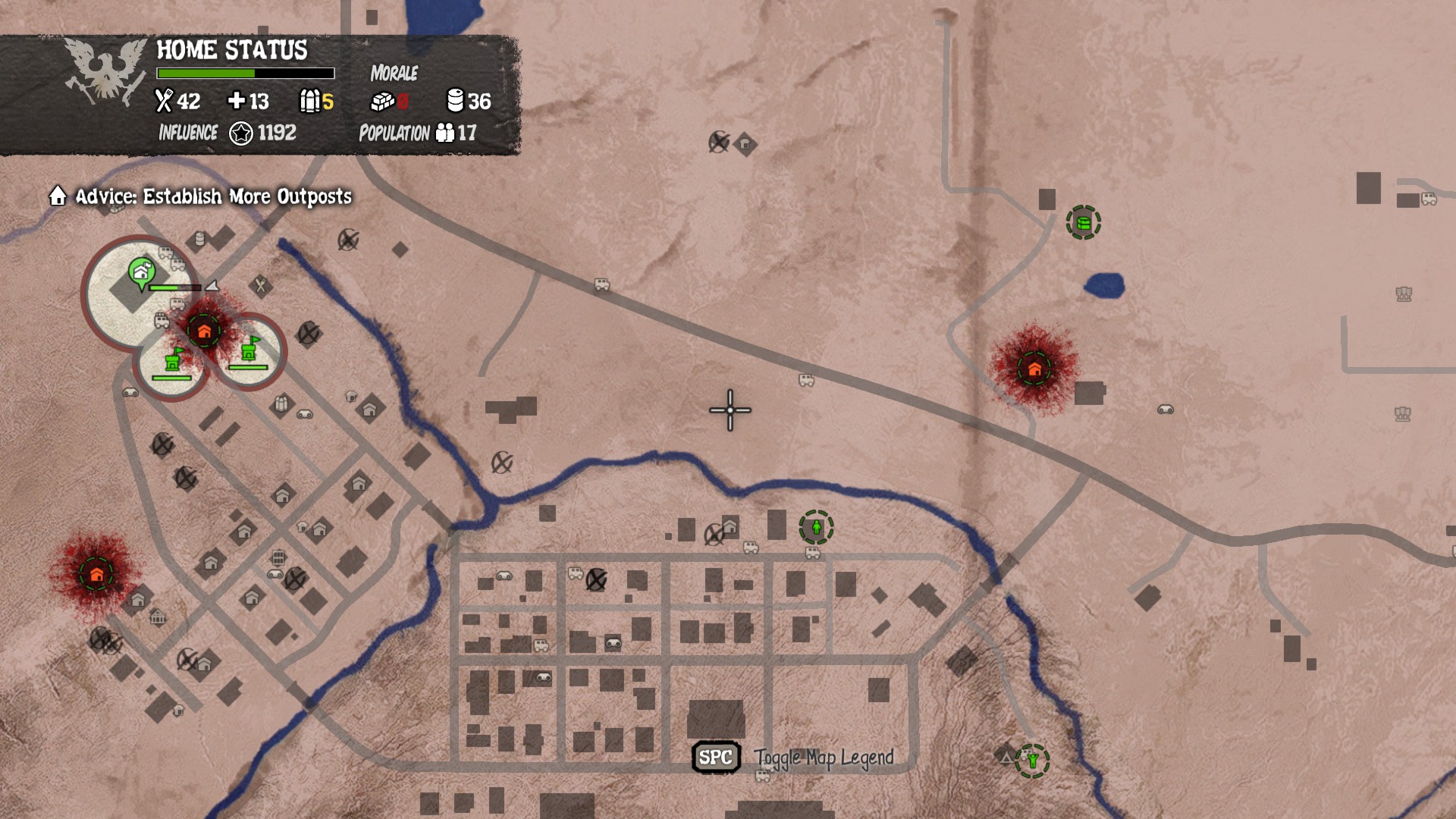 MISSIONS - If you have played this game in a long run , the missions are actually quite repetitive . There will be always be one stranger to ask you for help on the map. Special zombie hunt missions are also available all the time . There will also be a supply drop in this game by a unknown person / organization named Cleo but the supply drop is usually surrounded by zombies horde so be extra careful and remember to bring molotov cocktails or grenades with you. Have fun with helping out the neighbor because they constantly run into troubles unless they become one of your people. 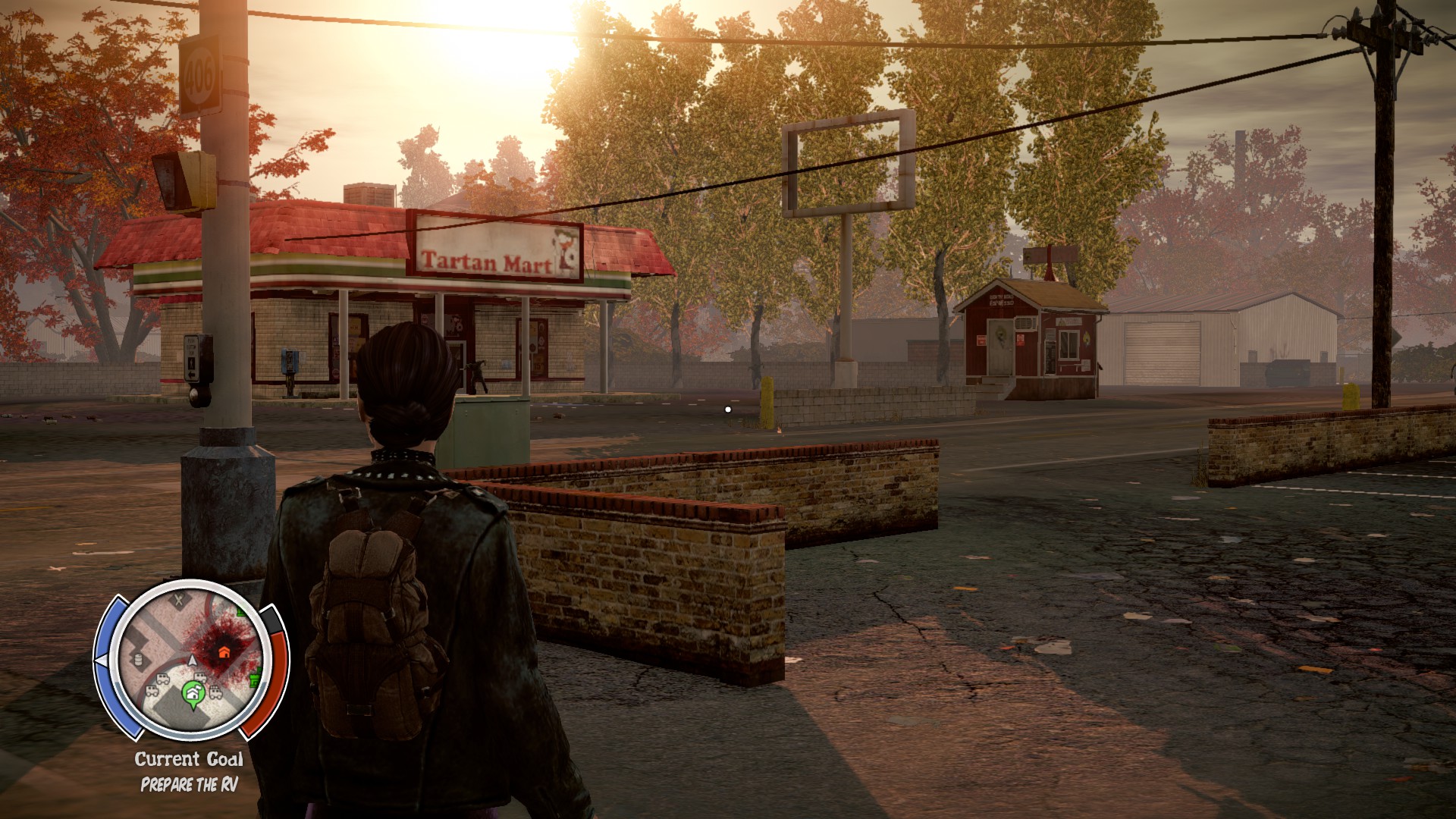 GRAPHICS :     Realistic and beautiful at 1080 p max settings . Shadows and shading are amazing . Colors are vibrant .
CONTROLS :        I would prefer to use a controller over a mouse and keyboard. However , no matter what you use the game will still be enjoyable as the controls are not so hard to figure out and there will be guidelines in the game .

CONCLUSION : MUST PLAY IF YOU LOVE STRATEGIC ZOMBIE GAMES .

Rate this article My Review & Guide for State Of Decay : YOSE Edition

. Keep up making good to gamehag