Masquerada: Songs and Shadows is another star of the indie genre, which today produces much more engaging games than standard studios and publishers.

Skilfully combining an action-packed role-playing element with stylish graphics and a surprisingly large and interesting world, the game takes us to a renowned Italian-inspired environment. Your character named Cicero returns to his hometown, torn by a protracted conflict. Behind the scenes there are no less dangerous intrigues and you are soon involved in their unraveling. In the course of the adventure that lasts around ten hours, you will meet several colorful characters, you will dive in quite interesting moments and, of course, you will have many battles. 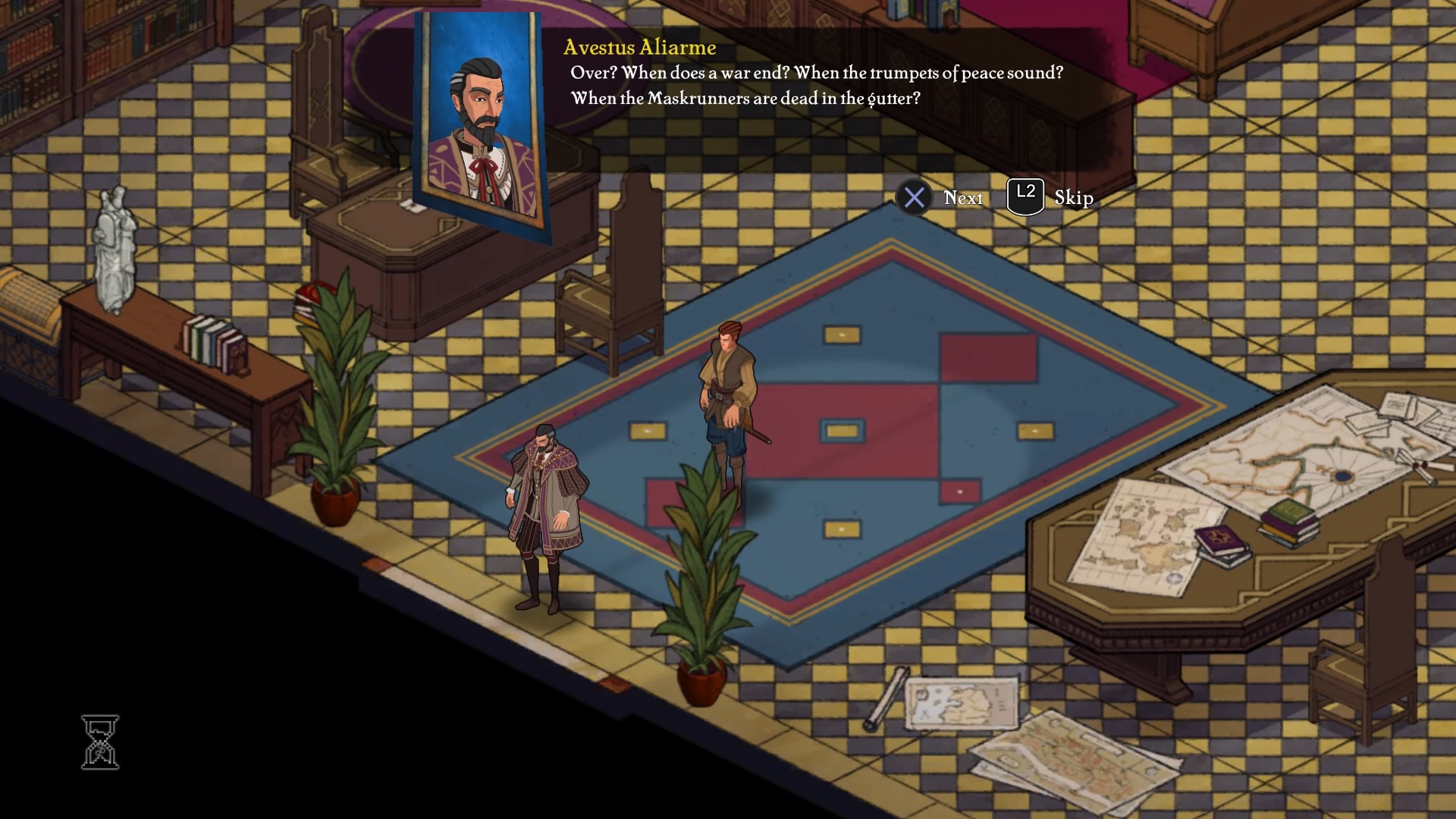 The combat system is surprisingly varied and at the same time brilliantly simplified. Keeping the right "trigger" on the Xbox One controller, the hero attacks you automatically; from here you just have to maneuver and choose which skills to use. The solution is great because it spares your fingers without compromising the battles. As in any role-playing game you accumulate the experience points you use for various skills. In addition, your characters can wear different masks that give them extra special attacks that are activated when you accumulate enough points.

The combat system is the strong feature of the game, and boss fights are a pleasant variety at a time when standard battles become slightly monotonous.

Don’t forget your companions. You have to take care of them, choose their skills and give them basic commands on who and whom to attack. Don’t worry the game is not too complicated or difficult - if your companion dies, you can revive it during battle (just hold A beside it for a few seconds) and if you fail, after it ends it will respawn. 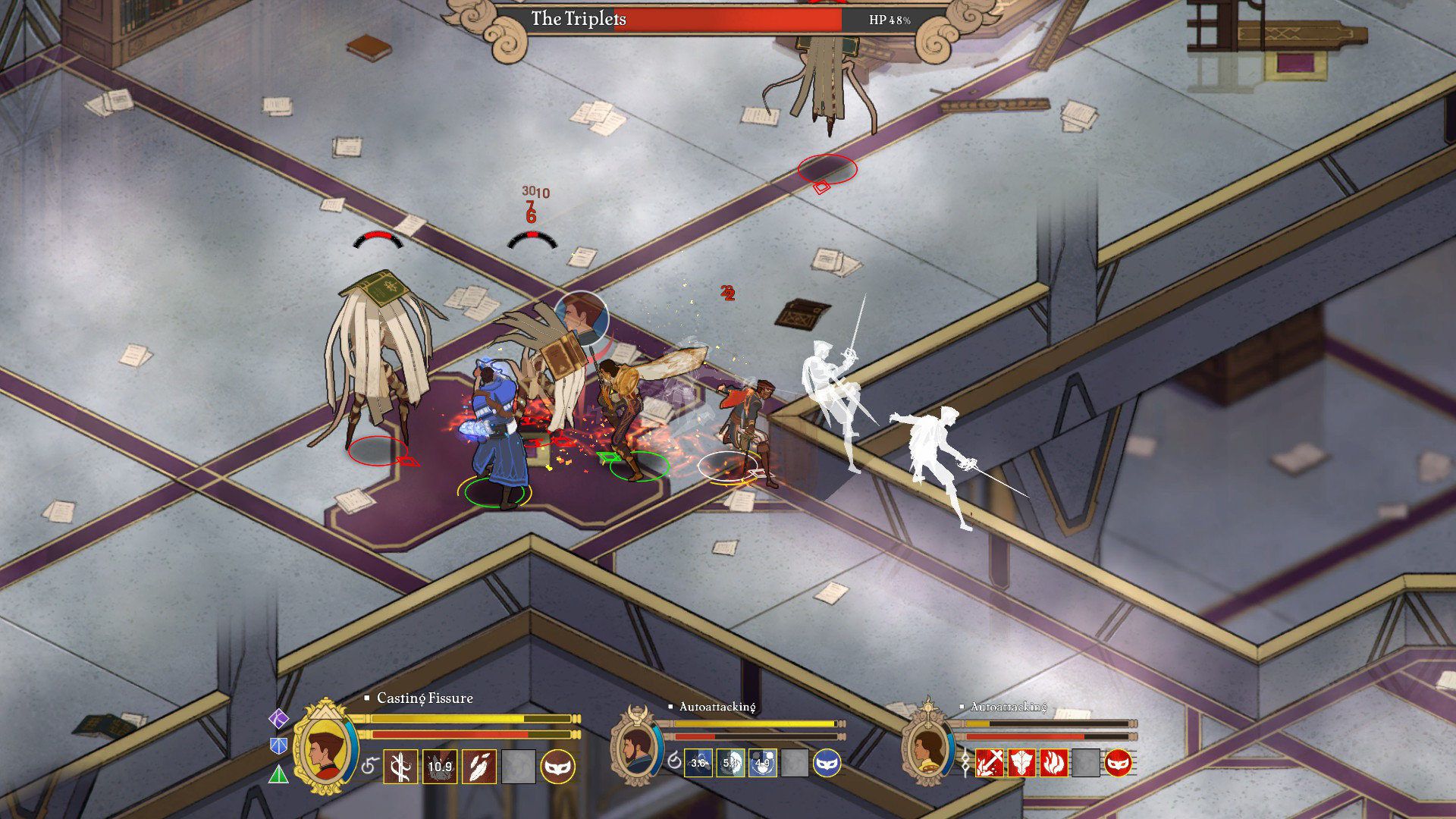 
Inspired by the atmosphere of cities like Venice and Genoa, the world of Masquerada: Songs and Shadows has a lot of attention to detail. Even the smallest notes about personalities, places or events are described incredibly detailed in the code, and you can plunge into the masterfully forged history of the universe. For an indie game, the full sound of each replica is a pleasant surprise in contrast to the streams of text that we are usually forced to read in most role-playing games. Visually, the game is interesting - the style looks like a fairy tale and is generally cool, although at the same time it can easily pass off as Flash game. The characters' models are more detailed than those of the environment, but overall the appearance is nice and fantastic.

If there is one remark about the world, it is that it is too empty. In Masquerada: Songs and Shadows you have no side quests to do. There is no equipment to upgrade (except for masks), there are not even the mandatory chests. Your characters just move from point to point and continue the campaign. Honestly, I do not mind – there are not many long and complicated games that I like, and Masquerada: Songs and Shadows does not burden me with anything and appreciates my time. 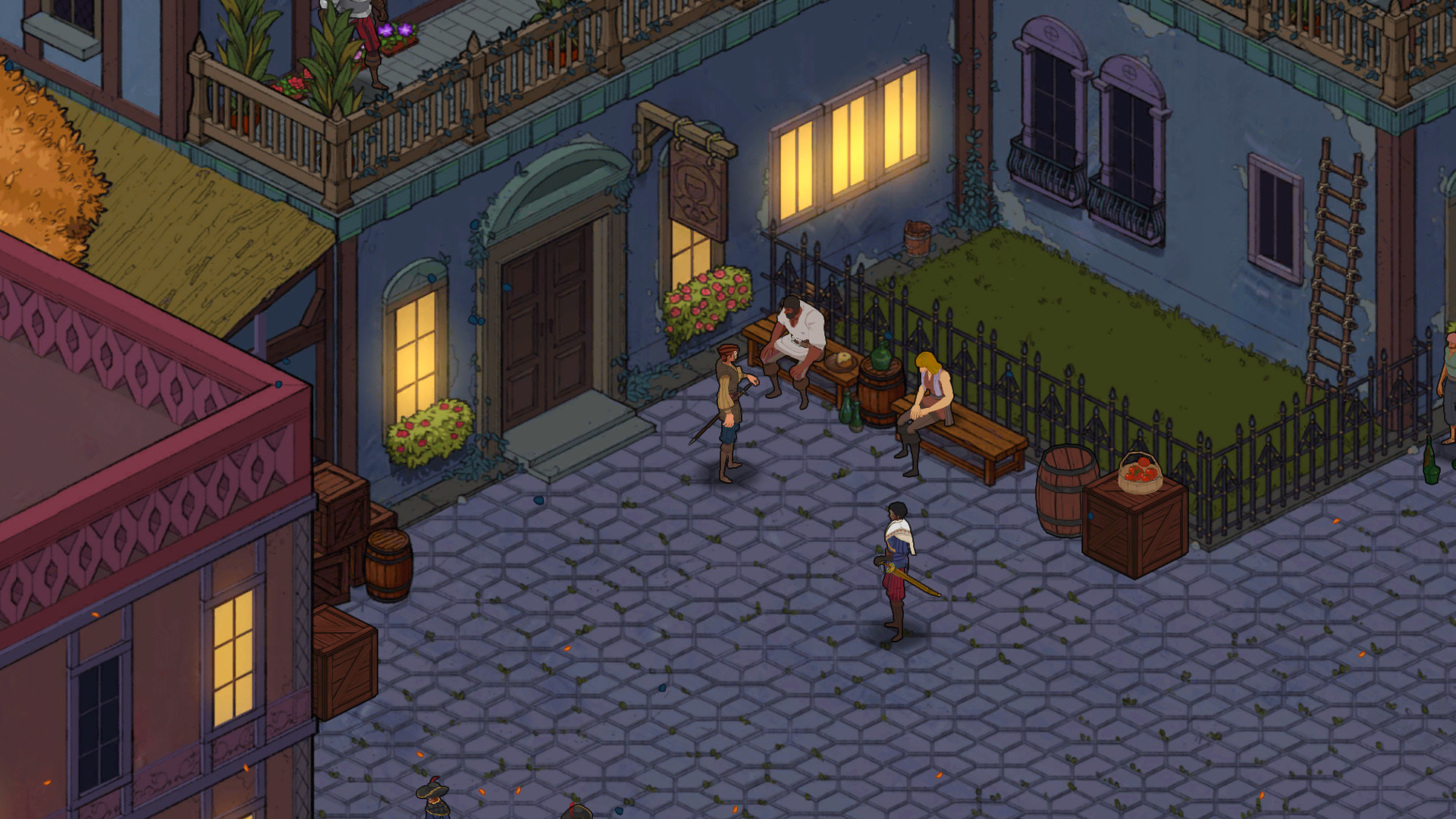 Masquerada: Songs and Shadows is a title in which the action comes mostly from the role-playing aspect. The adventure cannot replace a larger scale RPG with dozens of gameplay hours, but for what it really is, the game is quite good. It is completely linear and has no initiative to replay, but the time you spend playing will not be lost. If you love the various combat systems and fantastic worlds created with a lot of attention, you will not be wrong here.

this is very interesting i must say

Great work. This is nicely done.