Series of martial games Marvel Vs. Capcom has never had a tremendous impact on the general group of gamers like the Street Fighter, Tekken or Mortal Kombat. Nevertheless, in a slightly narrower group of fans of this genre, he had a cult status, and today Marvel vs. Capcom 3 is very interesting to look at Evo tournaments, purely because of the fanatical amount of on-screen events, the crazed drops of characters and the ill-made combo moves.

Watching the first trailer for Marvel vs. Capcom: Infinite last December I remained treasuredly excited, purely because of the visual identity of the game that did not have much touch points with the previous sections. I was hoping it was a product of the early version and that it would be better to look in the final release. With the big sorrow in my heart I can tell you that my hopes died with the first run of the game. 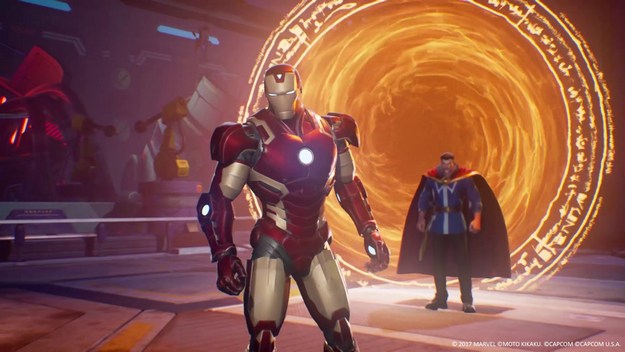 Sometimes wonderful, hand-drawn cartoon characters from the beginning of the series, or a whole shaded view from Marvel Vs. Capcom 3, they always had an overwhelming charm, especially in combination with a multitude of effects on the screen during the fight. Unfortunately, this came to an end with Infinite who tried to turn to a more realistic presentation of characters, but in the end we got a plastic pile of non-innovation. I felt similar when I first saw the new Ninja Turtles - a small part of my childhood again died in me.

Infinite, in contrast to the previous parts, is trying to turn to a more realistic presentation of characters, and in the end it looks very plastic.

I feel that she is the main culprit for this Marvel Cinematic Universe who probably wanted faithful depictions of characters from their blockbuster titles for better promotion, which was why Capcom liked it. Also, due to turning to modern characters from Marvel films, some of the legendary fighters from the past, like X-Men set, were completely thrown out of the rostrum, although Wolverine, Magneto and other teams were among the main actors. 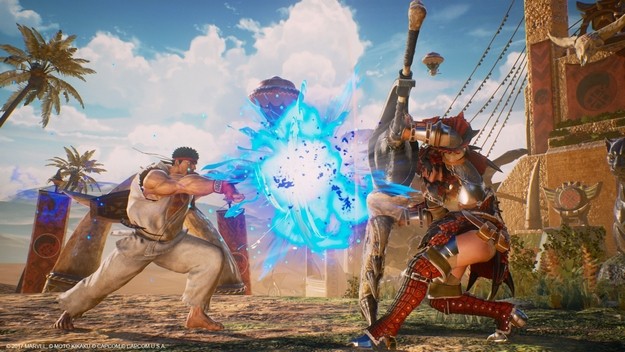 It should be noted that the game currently offers 30 characters to the selection, ie 15 characters from both camps. This sounds like a big number, but if we look at the predecessors who had 50 fighters at the start, I felt a little dazed here. Capcom will probably fill the DLCs, of course - paid. I just hope that DLCs do not add excessively strong characters that will knock down the target, then I'll know that Capcom touched the bottom.

The 30-character bid does not look bad, but the earlier parts at the start had almost twice as many combatants.

I would probably Infinite crossover from his list of good games, deleted from the console and pretended to be the last sequel in the Ultimate Marvel Vs. Capcom 3, but Infinite has a terribly appealing gameplay and excellent fighting mechanics. Previous 3vs3 races have now been replaced by battles 2 to 2, which significantly changed the way to approach combat. 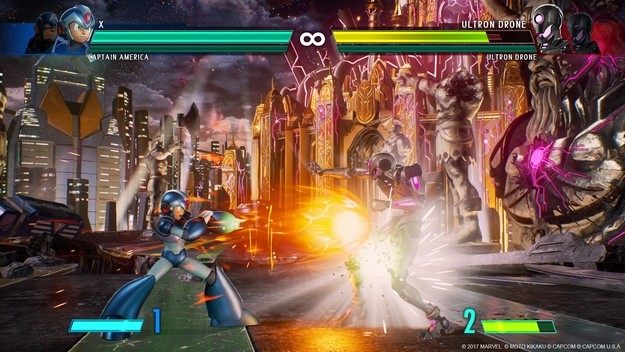 There is no longer an assistant system for the current fighter; Instead, now we have a tag system that offers us at any moment to replace an active fighter and extend our combo. This will require little attraction for fans of the series, but the system brings countless opportunities for creating a combo and juggling with an opponent. Imagine just carrying out an attack that throws a projectile towards an opponent, a change of character, and the opening of his guard before the missile comes to him. Perversions!

There is no system of assistance anymore, and we have Tag instead of him, by which we change an active fighter to extend our combo.

And the approach itself to attack combinations has been altered, primarily in order to attract a bit larger mass to the series. Some simple automatic one-button combos and special two-button attacks have been introduced, purely for introducing new players to the combat system. However, they will no longer be using such moves as they take a small amount of energy, but will turn to learning the long combinations they will attach to the ripple of hits on the screen. What I'm especially grateful for is the similar direction of connecting the combo to all the characters, which has greatly helped me transition from one character to another and for the first time do not depend on so many of a few trained fighters. 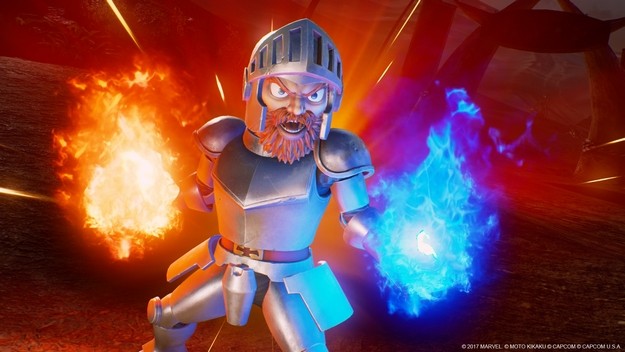 If you think this is good, just wait to add a completely new mechanism called Infinite Stones. The whole system spans around six pieces of special stones, before each fight we choose one that will significantly affect our way of fighting and tactics towards the opponent. Because we have chosen stone, we can run a different Infinite Surge attack; if you choose Space Stone you can attract the opponent to his character, while choosing Mind Stone can throw the enemy into a state of confusion and attack him with full strength.

Infinite stones greatly change the way of fighting and tactics towards the opponent.

Each Surge attack is filled with an Infinite bar that can be activated to perform special Infinite Storm attacks that again vary from stone to stone. These are quite powerful attacks that can significantly affect the course of the fight, as they can revive your fallen fighter or close the opponent into a confined space, thus limiting his attacks. The Infinite Stone system is full of hits, especially because it is well balanced and so far I have not yet encountered the abuse of one of the stones. 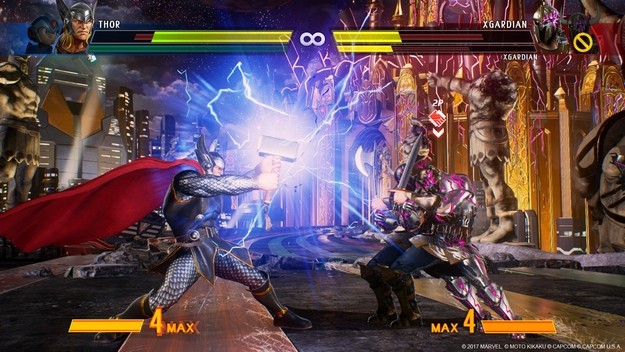 If we watch the mods, we can say that they are standard for the genre and that they do not bring anything new that we have not seen yet. For local players there is the arcade mode for fighting in the indefinite and Story mode that carries the story of unifying Ultron and Sigma in conquering the universe or something already. All I can say about the story is that I did not even watch the majority of animated scenes before the fight because of a monotonous story, crowded bad things, horrific lips tracking with respect to speech, and long loading before the fight. But hey, at least I've always had time to talk to my cellphone whether there's anything new to the next fight.

The system of tutorials also does not brilliantly. It offers some basic basics and there is no fine way to get to know the inexperienced players with more complex attacks. On the online site we have standard ranked, unregulated and lobby matches, which is again expected, but nothing special or worth mentioning. Fortunately, at least their netcode is good and they can successfully join players with the same quality of the network, which could not be said for the previous Capcom's popular martial arts series.

All in all, Marvel Vs. Capcom Infinite eventually turns out to be a strange mix of great fighting and everything else ... let's say bad, so I'm not getting any rougher terms now. The Infinite Stones and Tag system definitely contributed to great dynamics in the fight, but the plastic appearance of the characters and a small selection of modes restricts this series within a narrow circle of competitive players.

As in, this is dope

not mortal kombat, but acceptable

this is really fun with a friend