Virtual football has recently been a pretty foreseeable thing. FIFA, PES and Football Manager bring less and less new stuff year after year, and the most interesting new concept of football was the one with the Rocket League riders. Some argue that football games do not even need innovation, because no balloon noise should be invented. But others believe that there are still original ideas for football video games, and among them belongs the Ukrainian Creo team

Football, Tactics & Glory, which came out of Early Access last month on PC, is football on the move. Specifically, it is a combination of managerial and strategic games in which football looks like chess, and virtual terrain on a chess board. It may sound strange, but the idea is pretty easy to understand when you see it in action.

You are playing in the field of 70 squares and each match can take at least 48 and up to 90 moves. Each round of the player has three moves, and then the next three moves are made by a rival. The moves are not related to the field number field, but for a particular action. 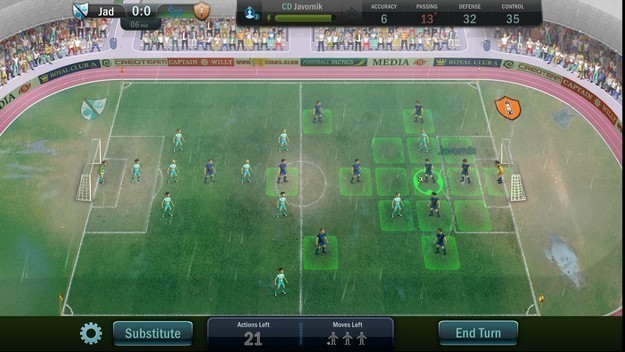 However, it is still possible to make additional moves if, for example, a special action by the opposing football player takes the ball away. This is decided by a combination of different statistics, and beyond that happiness itself. Every soccer player has ratings in four categories - for precision, addition, defense and control of the ball. When the football player's interplay is seen, the player sees the numbers above their heads. The number determines the chance of success of an action or a move. The higher the number, the greater the chance that he will make a move. But that does not mean that the statistics are always accurate because, as in real football, sometimes with a bit of luck it is possible to hit a naked or dribble even when you do not hope it.

This system would be depleted without the skill that players can play. They depend on the position the player plays, and in the games with the strongest opponents they usually prevail. For example, you have the ability to add, precise or strong kick, etc. These are active skills, and there are still talents that are passive and raise the statistics of the footballer himself. 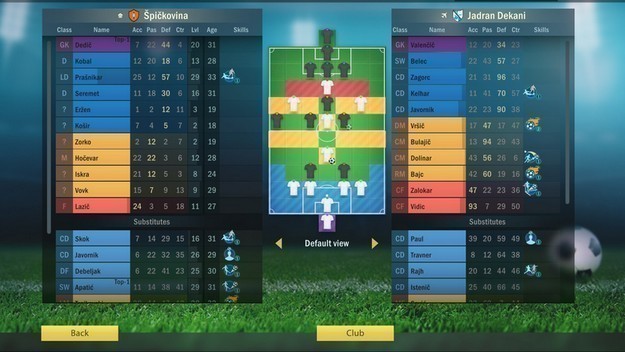 The system is exceptionally well-designed and easy to understand. It is a great thing that the game becomes more and more demanding as you progress because in the first two seasons you do not see many different scenarios in the field and you usually achieve a goal in a lot of similar ways. Once you master some of the more advanced tactics, such as stretching or staging, Football Tactics & Glory from a static gameplay becomes unexpectedly dynamic.

However, this game does not have to be played at all. You can also play it from a managerial point of view, as you deal with tackling tactics, playing football, and developing them through training. For transfers and training here you have only the most important ones, but there are still the options for upgrading the stadium, developing scouting and coaching staff ... 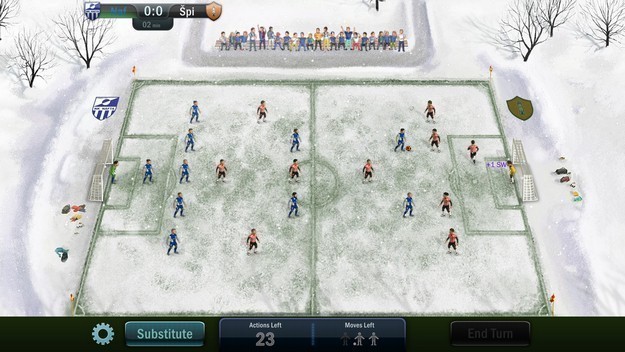 The main game mode puts you in the Amateur League and your goal is to break into multiple rankings to participate in the continental cup. It is extremely important to rejuvenate your cadre of footballers with the money that you get by fulfilling the sponsorship conditions first. It's a long-term project, but it's good news that in Football, Tactics & Glory there is not much idle or delaying, so one season can end in three to four hours of play, depending on the length of the match you decide.

At your choice you have many of leagues and clubs in them. The leagues are not licensed, but the game has integrated mode support so it can be easily solved.

As far as multiplayer is concerned, it is now rudimentary so you can only play individual matches with up to eight players. It is interesting that there is also a network option for "hotseat" multiplayer, that is, playing on the same PC with the player switching. Of the other modes of playing in singleplayer there is a sandbox mode where you can add unlimited money and glory if it is a fun party for you. 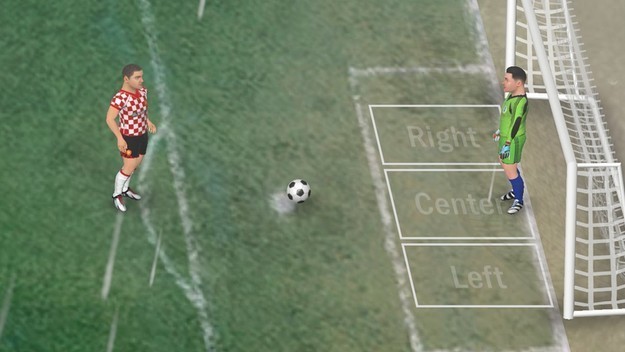 Football, Tactics & Glory is a pretty primitive game on the presentation side. It is a visual companion of hand-drawn and 3D graphics, of which only the animations are decent. The sound is just that there is no silence, even though you will want it after a while. Basically, the presentation part is not something you should take away from this game but the fact is that we've seen far more beautiful titles even in this price range.

In the end, we are left with a game that is uniquely entertaining in our gameplay. It's possible that you've already played some football on the move with the Captain Tsubas series, but Football Tactics & Glory is still a fresh thing that starts out as an unlucky gameplay like a mobile manager and then brings you an unexpected level of tactics. In the context of football, Football Tactics & Glory is a great match for the match tension. I think this is a good alternative to all the lovers of the manager, if not the ones who like football, and are frustrated

I wouldn't play these types of games. But it was a great article!