Rate this article "Life of Revenge and Revenge [MAFIA 3]"

Life of Revenge and Revenge [MAFIA 3]

Without a doubt, no one is unaware of the old chain that took us to the days of the twentieth century in America, there is hardly any player to the world of video but Jahawa and eager for the next parts, and if it is true to say live in, as if you are inside a film with an influential story related to your personal life as well as suffering to face Love, your enemies are common in every corner waiting for you trying to block your way and kill you if they have the opportunity, so time made you a cautious person who does not give confidence in anyone, the fact that treachery is widespread in human beings ..
The story of the mafia is one of the most interesting and exciting stories in our real world. The name has a prestige and influence on the current youth and the transition to the world of games. The game has been successful and popular in all its parts because of its important points both in the story and in the way of playing, The story of this part 3 takes place in New Orleans in 1968, and we will live together in the circumstances that Lincoln Clay, the military hero who returned from the Vietnam War to his home and his difficult environment, will face us in the first task with the gang with white skin in an attempt to steal a bank and collect Money, the thing we used to da After the discovery of the hero betrayed the gang, which was working with the Italian led by the son of the man of the Mafia Gorgi Marcano, a plan for revenge in his own way, joined the gang competition (black gang) Who have already tried to kill him and his family .. While there is a fundamental theme in this part is centered on the racism that was experienced by America in that period between people with black and white, which in my opinion gave a special elegance of the game and contributed to build the part more realistic.

The game is based on the third person's perspective as the GTA series, but in this part you can not zoom the camera to show the head of the character. And the character will appear a little far away to be highlighted in the ocean of secrets and secrets you may need in the tasks, the transition to the point in such games are weapons and the method of correction, weapons have become a lot varied and each of them size and privileges, the person who is not carrying a large weapon The size will show it is paced T. Btiah Mstamla hands-two, but the way that the correction is very easy because you're getting ready to straighten automatically find a point above the head of your enemy without messing around and tire yourself. The other way to fight is the method used by the hired killer, secrecy and treachery, since in some tasks there is no need to use weapons, if your enemy is obscene secret killing is better not to raise attention. 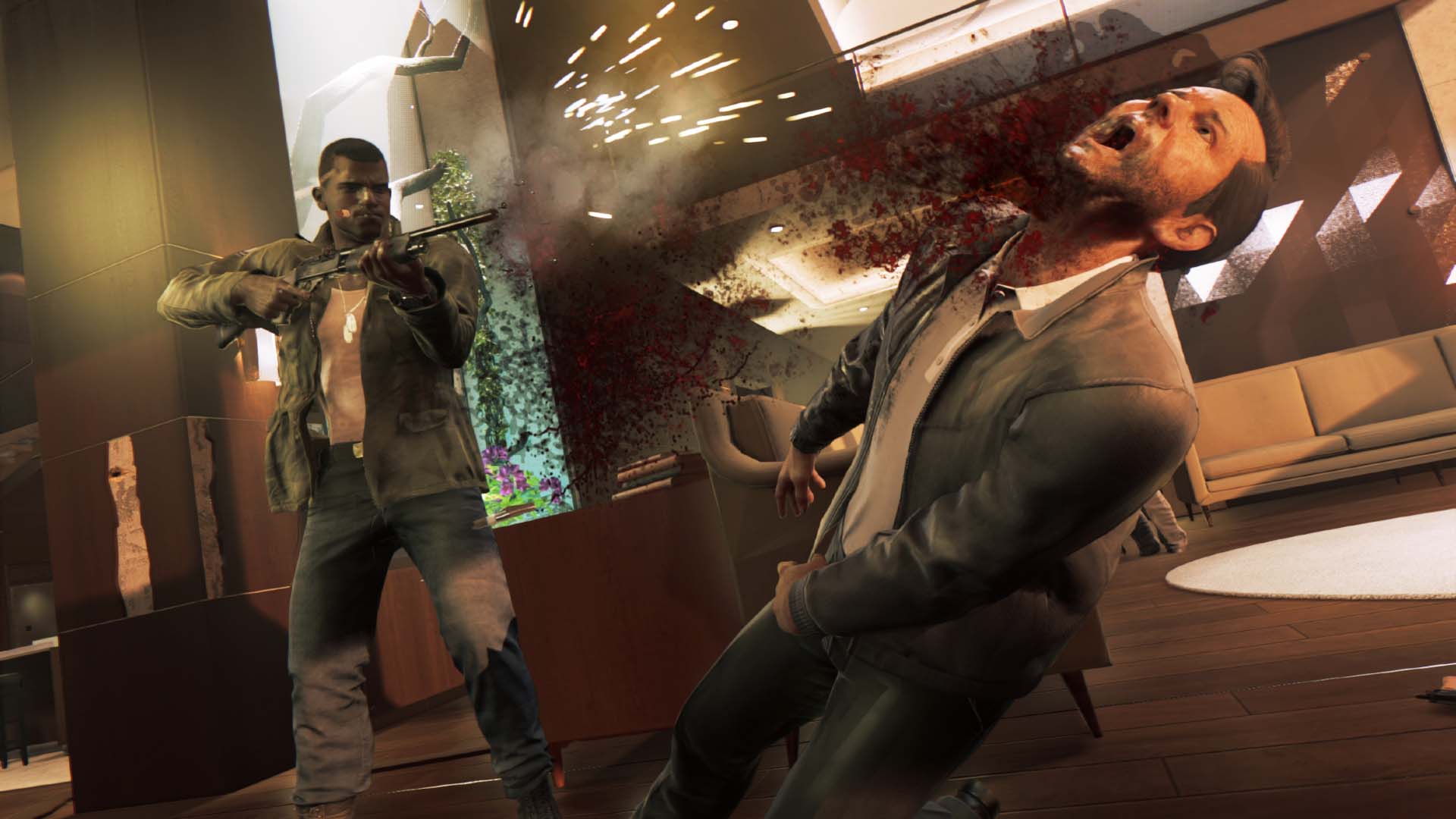 Well, we come now to the point of negativity where the part did not meet, artificial intelligence frankly disappointed many, your enemies find them in front of you, but do not pay attention to you, as if they do not hear or see, how do you expect that you are going and provoke a fuss and your enemy indifferent until you get too close to start pointing at you , And sometimes they see you at a distance but their correction is random and may not touch you, except the police continued to be the same, waiting and alerted to you quickly commit a simple line find them looking for you trying to kill you.

From the graphics point of view, the series is always successful, regardless of some minor side-effects. The Mafia era, which we mentioned in the 20th century, is characterized by traditional clothes and classic cars, which we noticed in this part very beautifully. The drawings gave a special color to the game , As if you live a realistic life within the game, as for the faces of the characters are the most marked in the series in this part, and I think overcome the famous GTA in the latter part, if you notice the facial expressions as real, features and poetry and the way you speak if you see a documentary HD, Among the negative points that to The rays of the sun, sometimes very strong, especially reflected on the road as you see that the rays cover the entire game and reduce your attention, but during the battles, has been the attention and allowance of effort with regard to smoke and fire burning during the explosion of what, weapons, objects and movements of personalities , As it can be said that this part is more realistic than the previous parts. 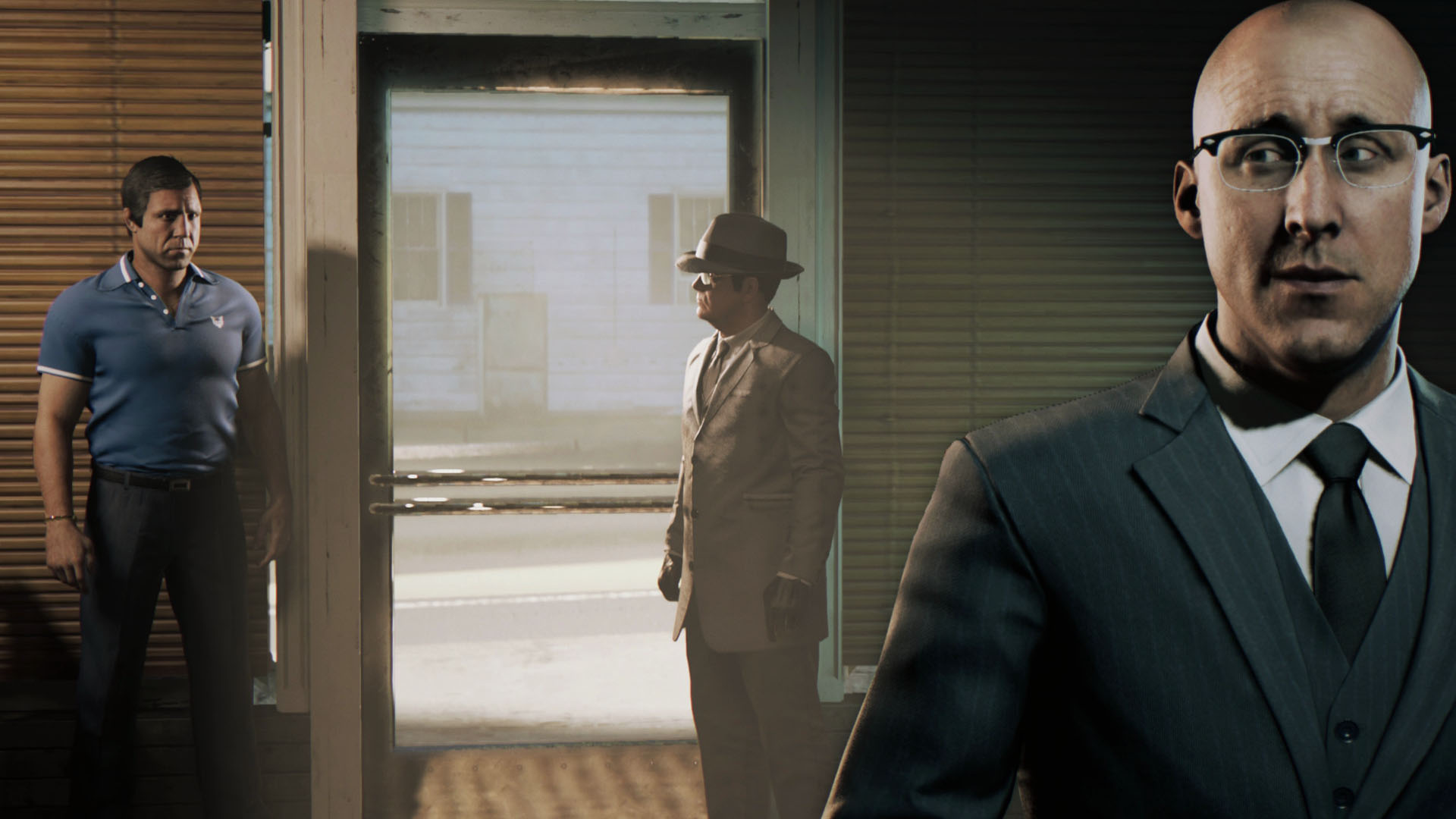 The voices, another factor has an impact on the success of the game, the latter works regularly and sequentially according to the story, the voices of the characters with the movements of the mouth very well, as for the voices related to the weapons were clearly audible, and there is a difference between each, and the direction of the voices of cars, The cars of that age are old, and the sound of their engines is supposed to be a little noisy. The most impressive are the sounds of music at some point that increases your attention and raises your attention.

The age of the game depends mainly on the skills and techniques of the player in the completion of tasks as well as his free time, and generally it is very long in this part, as the map is large and roam all with the completion of the side and normal tasks will require you to take time to underestimate, so the longer the game in this part longer than everyone expected .

Rate this article Life of Revenge and Revenge [MAFIA 3]