Rate this article "Answers About |The Division|"

Answers About |The Division|

We have already learned how to play and the fighting system, since we know that firing a single shot at the enemy's head will not always be fatal. The exploration and navigation system is also known and the most important is the Dark Zone or Dark Zone, which will be a bloody battlefield directly and designed to be inappropriate. For players who prefer to stay in one place and wait for someone to pass and it is better for them to find another solution. Little has been leaked about the degree of devastation New York will have and less about the cause of this devastation. The sure thing about The Divison is the impressive style of playing with many challenges as well as enemies with a high degree of artificial intelligence, and the world around us will be impressively designed, let alone the interior. Despite all of the above, we still need more answers. 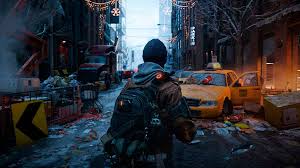 1 / What is the main story of The Division?
it seems that the player must make efforts to try to establish a base of operations based in Manhatten in order to plan to restore security and tranquility gradually in New York, it appears that many of the tasks are based on research and the collection of resources and wealth of the base, The rule will certainly not be the main story. Exploring the reality of what happened on that black Friday day, which saw the spread of the deadly virus that ravaged the city, that seems to be the crux of the story. The sounds in the game look like those made to follow a beautiful story pattern. The idea seems to be that you have to recruit a group of customers who have stepped in to disrupt the chaos and tampering of the city in order to work with them to restore things to normal. This means that we will gradually see things improve in New York City as we progress in the game stages. The story is vulgar and does not carry any new. Because the Divison is destined to play for a very long time and not only to end the story of the real story. So if the end of the story is the return of the devastated New York City to what it used to be, there really will not be much to do, especially since there will not be many areas to discover. The player has progressed in the stages of the game without realizing the course of the story will certainly be wasting time no more. Find out if the story of The Divison deserves that fuss or not?

2 / How will the world around you change?
This question is an update of the above, one of the most important sites in the game is the base of operations (or BOO as they are called). Game developers have promised us that this particular place will see noticeable changes in shape or even operations there as the player progresses, but what about the rest of New York City? When you watch the footage and scenes of the game, New York City is simply broken, but the buildings are still standing, but the debris fills the place both inside and outside the building. Cars are thrown in the streets. We expected that the whole of the surrounding world would change little by little in progress. If the player could quickly "tame" the shattered city, then the world would be empty and would certainly not complete your exploration of it. If the player is allowed to eliminate all the infected factions in one way then the game will lose a lot, there should be joy when you see the dinakik world around you through the changes that appear to show you that you progress in the game and the fact that this thing is what most missing lovers RPG Games. But if Ubisoft achieves this condition, a disappointing world awaits us.

3 / How will the continuity of the game in the long term?
Ubisoft has developed special updates with the game which is 3 additions,. All of the above explains the company's plan to ensure the continuity and life of the game of the Divison, but after checking the contents of the special additions we do not wait a lot. The first is called Underground. It allows a team of 4 players to explore hidden aspects of New York City. So we're talking about additional content in the play map, but it's not clear how many areas can be explored. The second is called Survival, That the player must survive amidst the most difficult challenges of confronting tons of mutants, looks fun and is also a way to keep the fans of the game being held for many days, the third addition (which is the best) called "Last Stand" but no details are provided. So go back to asking the first question, how Ubisoft will convince players to finish everything in the game while leaving them something else to return for.

4 / How does the Division avoid falling as Destiny did?
When you hear that The Division is a multi-player multiplayer RPG game with Tor Online, Destiny will come to mind for comparison. The two games are similar in many ways. Players can assemble to fly in the vast world of the game, working together to eliminate the most difficult enemies or Cooperate in the search for spoils and additional gains. But when you look back, Destiny has angered many players, especially because you have forced them to buy additional content for the next stages of the game in order to continue to enjoy the game and imagine that if you did not do so you can progress in the game and will lose many additional features. Ubisoft wants to keep its players eager and connected to its new game, but the constant question remains: how you will be able to achieve this without putting up additional expensive content for sale. The only way Ubisoft used Rainbow Six Siege to keep its fans and attract others (regardless of their success or success) was by adding new characters with exceptional skills. By applying this theory to The Division, this leads us to the conclusion that new characters will be added to the game and perhaps skills And new special capabilities.

5 / Is this just the beginning? Is the rest of the world what will come next?
One of the most beautiful features of The Divison is the wonderful world around you where you can see and explore the real city of New York without all the congestion known even if the road is full of criminals and bodies scattered, but the course of events in the game reveals that the deadly virus did not hurt the city of New York alone But it also extends to other American cities nearby and even to parts of the world. So while playing in New York City we are excited about the definition of the system and the style of play approved, the possibility of the issuance of additional content includes new cities with real designs can make The Divison one of the best games in the open world, City Hong Kong with Sleeping Dongs and beautiful strolls.

Rate this article Answers About |The Division|