Rate this article "Life is Strange: Before the Storm review"

Life is Strange: Before the Storm review

Puberty is the period that most definitely defines a person for the rest of her life. Everything is then intensified; every surprise and every injustice. This is especially true in the case of Chloe Price, a side viewer in the game Life is Strange, or the protagonists of the prequel of the game, called Before the Storm.

In his high school days, Chloe is a real rebel who spits, drinks, smokes, devastates, and seeks conflicts. But behind her, there is an expression of the pain of losing her father and her best friend, as well as the feeling she stumbles from where her future does not look optimistic. All this changes when Chloe meets Rachel Amber, the most popular girl in the school that demonstrates her passion for life, although she has problems that hurt her. 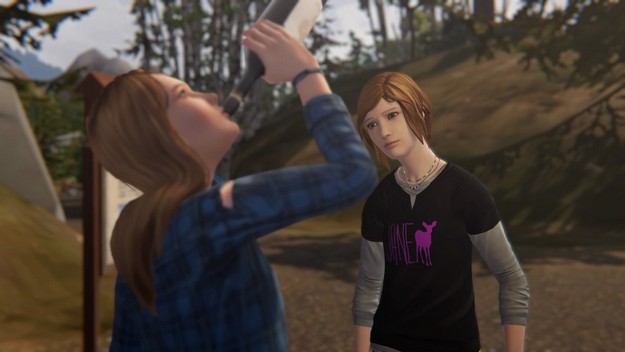 This couple in search of a better life has an inevitable tragic fate that you know if you played the original Life is Strange. Chloe is a particularly complex character because she does not know an alternative scenario that would make her father not die; or a script that we saw partly when her friend Max tried to change the past in the previous game. Nevertheless, Chloe slowly perceives in The Before the Storm through his dreams by going back to the lesson of accepting the inevitable, the same one that is beautifully presented in the first game, from the perspective of the other person.

Chloe, through her dreams, readily mentions the lesson learned by Max at the end of the previous game.

The inevitable scenario here for the luck of a player is not predictable. Although everyone who played the previous game knows how to finish this, it's nice to say that Before the Storm has places for minor surprises, as well as references to famous things from a different angle of view. For example, some characters in this prequel have not yet developed into those people who remember from the original but are in a different position and do not behave exactly the way you would expect on the basis of previous experiences. 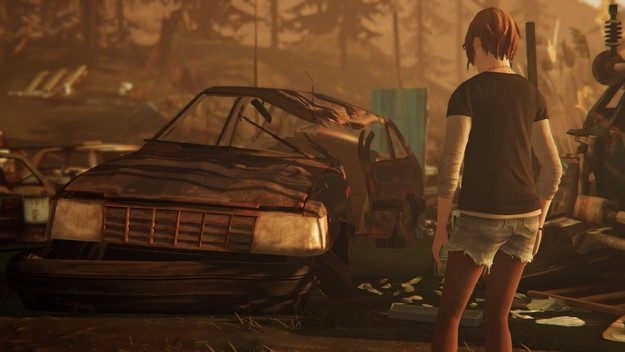 I'm of the opinion that the story does not suffer because there is no scientific-fantasy element like time manipulation. It is actually refreshing to see catching up with growing up as it's not a conventional theme for the video game media. And it's not conventional because these things are pretty difficult to fit into a mold, especially if it's a dramatic framework. That is why I have to praise the new Deck Nine development team who has done a good job of presenting a youthful absence without doing so excessively crazy or crazy. Well, some parts of the first episode give the impression of being characters on hormonal therapy, but all in the end leads to something.

Some parts of the game leave the impression that the characters are on hormonal therapy, but the whole thing is not too nervous.

Most of the games are still based on decision-making, but there is also one very emotional part in which all decisions are one and they are reduced to the same thing, and the game does not hide it at all. Although the thing is completely banal, it's pretty significant in the context of the story because it represents an impressive moment in which your character fires on the seams, which would be said. This is a very imaginative surprise within the limits of gameplay mechanics. 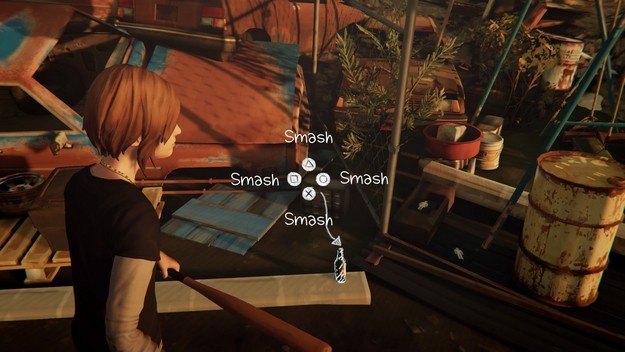 Unfortunately, it is the only extension of those limits that Before the Storm brings. Since this time there is no time manipulation, developers have had to add some gameplay novelties and have opted for a mini-game of backtalking or some "debate". The thing works so you are fighting with the characters and choosing strong counter-commentaries on their statements. This is done on the basis of individual words.

Basically, in the offer you always have three options and you have to make them so you have more good answers than your interlocutor. The idea is, in principle, interesting, but also extremely silly because it turns out that Chloe's bravery can get everything she needs. Well, there are people who can compete for themselves with such tactics, but their quarrels do not work as a calculated choice of what to say in order to surpass the conversation. After all, or I'm so good in the debate or that segment is so light that I have not lost any argument at all in the episode. I think this is the other one. 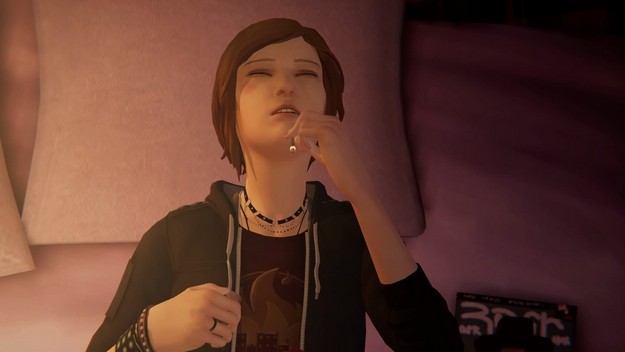 The convictions of loud debates are not in favor of the below-average animation of characters. Although Life is Strange is still good on this matter against Telltale's works, the fact is that the game technically did not move beyond what we saw in 2015. The first Life is Strange was a game for the past generation of consoles, and it's a bit disappointing that Before the Storm comes only for current consoles, and it does not look any better or even different because most locations are recycled from the original.

Before the Storm does not look any better, and even more than its predecessor to recycle numerous locations.

Aside from the visual style of the game, there are frequent breaks between loading scenes, which kicked me out of the clock. And the current generation of game consoles has made it possible - the reduced number of downloads for which adventures are gaining continuity. For example. In the recent Hellblade you will not see the loading screen after entering the game. Games thus approach the presentation of a story in the style of a movie or TV series, but Life is Strange is still not at that level. He treats his matter with dignity and even reminds me of my dear Skins series, although he cast me out of his storyline every time I uploaded it. 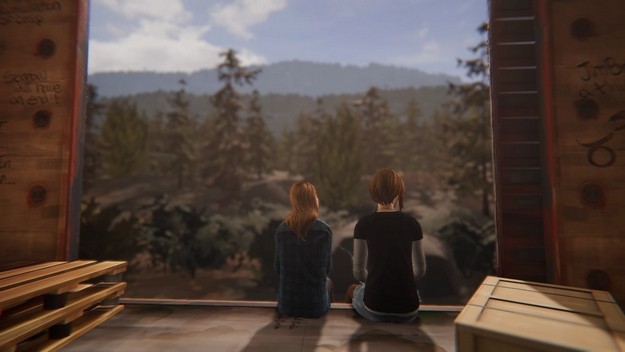 The Skins link is not just a thematic, because Before the Storm also uses a similar musical backing of British indie rock bands such as Daughter, Lanterns on the Lake etc. If you like this style of music, count it in here to enjoy it. Namely, the soundtrack has been chosen and recorded specifically to complement the story, and plays through several parts leaving the narrative by allowing you to listen to the lyrics as long as the characters are idle and the cameras are alternating.

It's exactly these guys discover that Life is Strange: Before the Storm does not have much depth in the gameplay itself, because you will look at the most important moments in the game with minimal interaction. In some games this can frustrate a player because he takes control. However, I think that this game is such that it is necessary to approach the theme of a painful upbringing in a worthy way.

Rate this article Life is Strange: Before the Storm review

Very high quality game graphics design I would like to see more from this article.

agree with the other coments. Hope its authentic.

When you'll play the first version of this game, you'll already know the ending. It was tragic, i agree, but it gives the audience the impression of wanting to have justice, pushing the audience to play more in order to have it.

It was a really good game, it makes you attach to the characters involved in the story. This article is great and gives readers its attention!

this is very good