Opening and closing the valves and pressing the buttons in abandoned buildings and tunnels may not sound like the most intense activity, but in Infra, due to the design of the sites, they are extremely atmospheric.

When viewed globally, urban research is not very common in virtual titles. Moreover, the vast majority of players would have to think well if someone asked them for a recommendation of the game from that genre. This is actually nothing too much odd because such titles must first have interestingly designed and atmospheric locations and contain enough gameplay elements that will keep the player in front of the screen. Infra's happiness is part of the title that has everything mentioned and more than that, because besides the various locations it also brings an interesting action that reflects the current state of ours.

Namely, the fictional city of Stallburg is a victim of corruption and corporate malversations, which ultimately led to the neglect of the infrastructure that is the pillar of the town. Years have done their own and now someone needs to look at it and document damage. This is where our character stands, a structural analyst who will only be armed with a flashlight and camera to go exploration of abandoned factories, dams, tunnels, underground structures and other similar locations stretching to Stallburg. 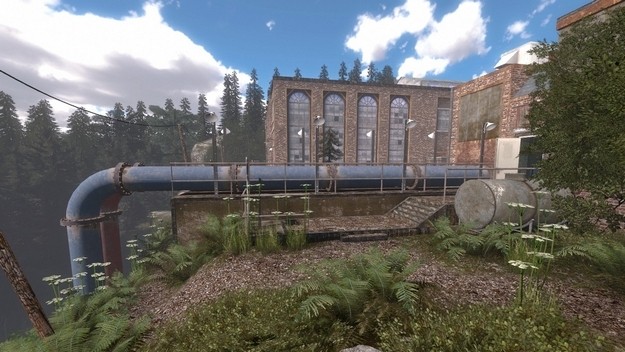 Regarding the locations and the city itself, it should be noted that Infra looked fantastically back in 2011 when it was presented as a Source mode for Portal 2. Now, six years later, this is no longer the case, but it can be said that Half- The Life 2 driver still has something to distinguish visually. Fortunately, it is still a high-quality graphic representation, it's just a bit obsolete on certain elements. On the other hand, such a display in one hand contributes to an atmosphere that can be compared to that of S.T.A.L.K.E.R. when it comes to abandoned locations, only without the monsters and other inhabitants of that world.

The location of the atmosphere can be compared to that of Stalker, only without monsters and anomalies.

After collecting the necessary equipment to carry out the work, the building with the office of our hero instantly demonstrates that there is no top-of-the-line installations, which is just the beginning of many problems that await disclosure. Although Infra can look like a walking simulator in its first steps, this impression will soon disappear, for a more accurate description would be to explore and solve puzzles from the first person. However, their concept throughout the game is almost the same - valves, buttons and switches are the main elements of most problems in front of our character. This is how the first one does not sound like an overly imaginative concept, but when you begin to read instructions for starting different machines, then it takes on a fun dimension. 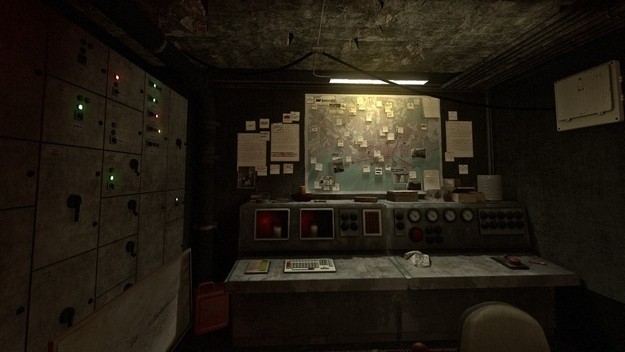 Parallel can with one hand be retreated with old point-click adventures only here instead of clicking in hunting the pixels you need to focus on looking and looking for hidden objects. The best example of this could be taken when opening one door for which a fuse is required. Logically, it is understandable that it is placed inside the box at the top of the shelf, but the box is not at all transparent, and if you accidentally press the button to take the item, it becomes visible only then.

However, this example refers to doors that do not prevent further progress, but it is also not the most intuitive way to demonstrate where the fuse lies. That is, there is a lack of a hint that would suggest a logic if we do not see something in which meaningful place it may be.

There is no perceived significance between puzzles and those who just open the way for you.

The field on which Infra is most brilliant relates to puzzles that can not be perceived as important to one that can affect the end of the game than the one actually opens the way for progress. If water purification for the entire city can be initiated, it does not necessarily mean that doors are opened that allow you to go to new locations. 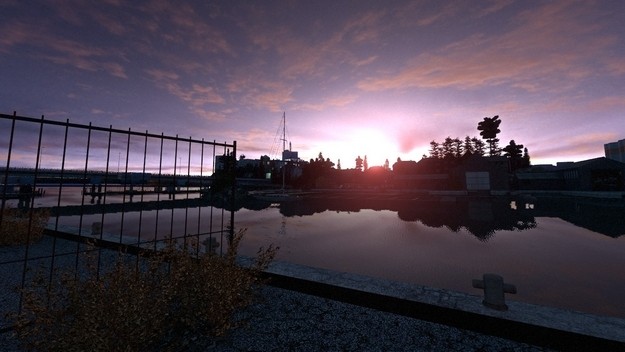 The entire gameplay structure was designed with as little empty running and what is particularly important, Stallburg's trip is not strictly linear, but certain problems can be solved in two ways. It is in this segment that the strength of Infra lies, as it further stimulates the research whose secondary result can be the discovery of a new document that will further illuminate the past of the city. It can actually be said that Infra is not good to play tired because you can miss interesting things if there is not enough focus to inspect every dark corner.

Freedom of Accession encourages research that can lead to the unraveling of the city's past.

When it comes to darkness, it will certainly not be missing and the light will become the best friend in many locations. The other best friend is the already mentioned camera that can also influence the end of the game. Each hole in the wall, the blocked passage, the sink corridor, sparks and all other infrastructure irregularities should be noted. But that does not mean walking with the appliance in his hands all the time because he just like a portable lamp needs batteries to operate. They have more than enough but their lifetime does not belong to the Duracell category so it is not always advisable to have both devices powered up all the time. 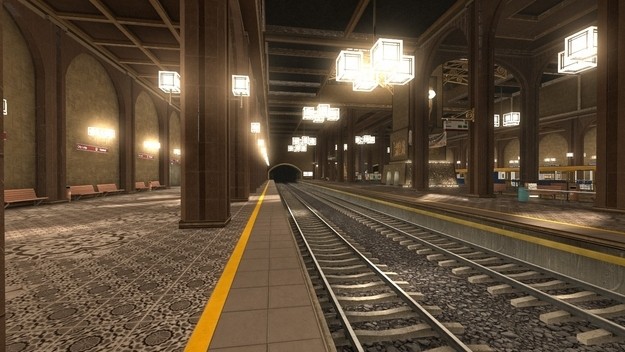 Another important segment that contributes to a more active gameplay is the action sequences in which it is necessary to open a passage within a certain period of time or, in case of failure, return to the last checkpoint. There are not too many such parts, but when they get there, they have a positive effect on the atmosphere because it can not just stop and think further. It can actually be, but it's a special charm to fail to pass that part out of the first attempt, especially since each of these segments is completely unique. For example, in one tunnel there was a breakdown and the water began to fill the tube you are in. It is signaled only by sound, but it is clear enough that it would be better to open the doors that were locked up faster.

Infra runs the Source engine and, apart from visuals and other mechanics, shows signs of aging.

As mentioned, Infra is powered by Source and, besides visuals and other mechanics, show signs of aging. This is mostly related to the control of items that are carried in their hands. To date, it can be said that the imprecision and impossibility of control is more than visible. This is especially noticeable in the box when it is necessary to go through the door with them, but they are not properly worn while being worn. The problem can be solved by taking the other box if it is near or is thrown from the wall until it is straight so it can easily pass through it. They are not just boxes, because there are other things that are worn around, but there is not much that will not cause much frustration. But when they appear in front of us, they just point to the eye. 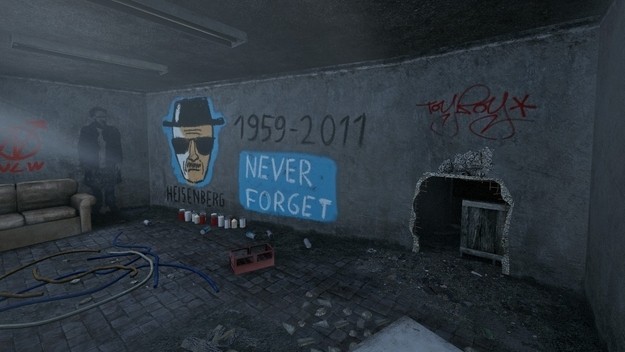 Fortunately, all these midges do not diminish the experience of urban research. Once this is added to a really special atmosphere that can instantly cause a feeling like it's a horror game, plus interesting structural problems, a unique title is given. It would be wrong to say that the game may be looking for a little bit of attention because important details can be easily missed, but that's somehow the charm of the game - to find all the tiny details that make Infra exactly what it is.

In addition, the discovery of the past of Stallburg is an activity that is more than interesting, especially since the developers did not reach for some mystical nonsense. This is how everything is rounded up into an entertainment whole that lasts for twenty or more hours to learn and retrieve a new thing if you bargain for structural analysis.

how try this game?

Looks good, and definitely not plagiarised so that's something

Awesome game! Sure, it's a walking simulator but a really good one. The atmosphere is unique and in my opinion this is a one of a kind game.
I think the article is around 4 but rated it 5 anyway :)