How to rise from Bronze to Challenger - League of Legends TIPS

League of Legends is a multiplayer online battle arena video game developed and published by Riot Games for Microsoft Windows and macOS on October 27, 2009.

We all know how hard it is to climb a division, no matter how good we are. Sometimes, it's not about us at all, everyone plays with a bad teammate/troller/feeder at least once a day, and that one game usually gets away our hard-earn 20LP. I guess that you're gonna say "they are just bad, it's not our problem" or something similar, but actually that's not true. I'm berroni, you've seen my articles in the past, here on gamehag. I play League since it came out, and actually, I played even before - I was one of the beta testers. Currently, I am Diamond 3 in my region - EU:NE, and my highest score was Master division - last season. Everything I require you to do before we start is that you relax, sit comfortably on your chair and listen to my tips that will help you improve yourself at League, your gameplay and logically - your division. 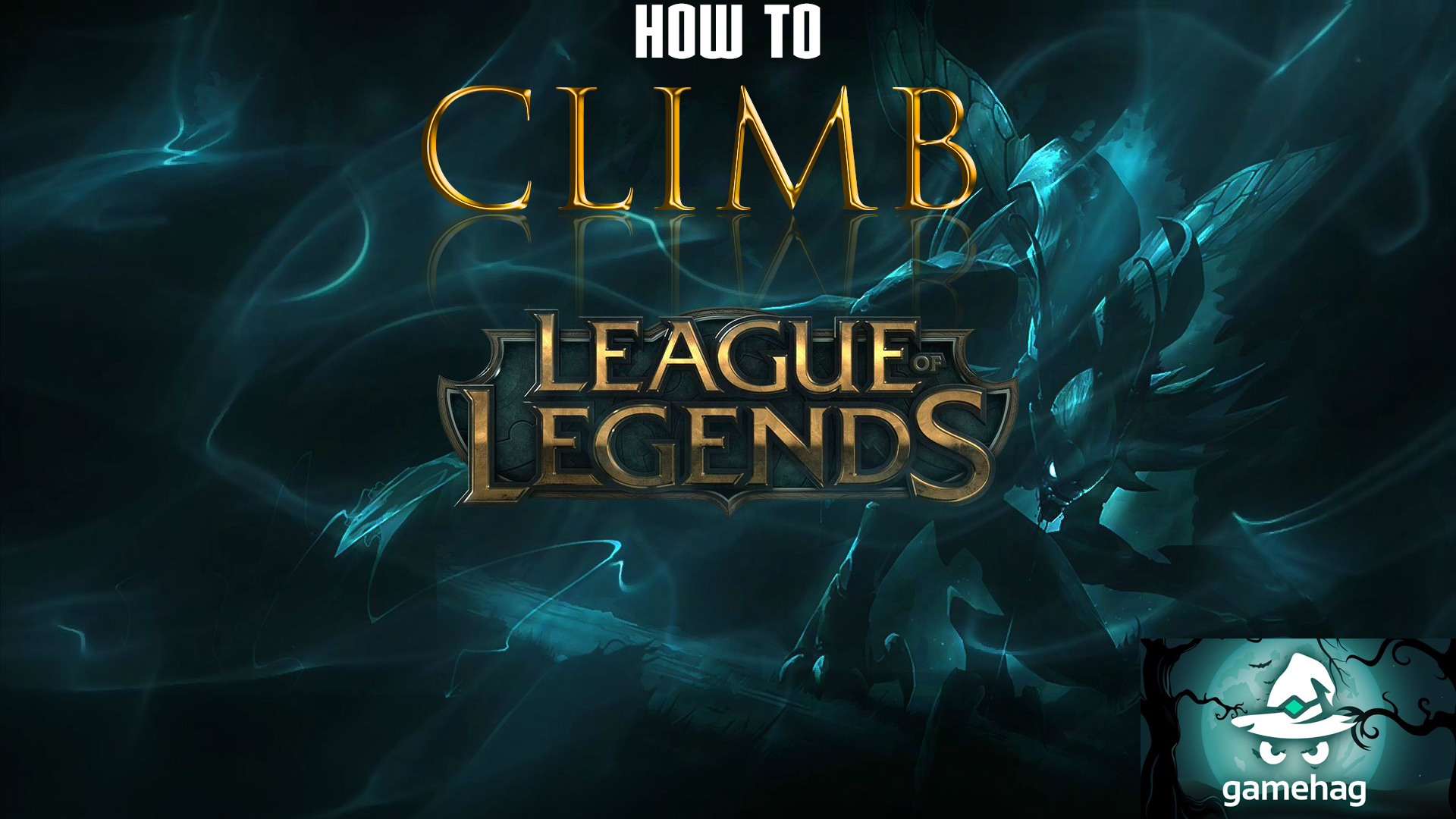 Actually, there is one more thing I require from you. Don't comment on this guide with a question: "How fast can I climb", please. It's not about how fast you can climb, it's about how you climb and where your season ends. There are no limitations that won't allow you to go up and up, if you were bronze last season there will be no block higher than gold. You can go from bronze to challenger in one season, and that's actually possible. Do you know the "SaintVicious"'s story, who climbed from Bronze to Challenger in one season? I guess you don't, so I will tell it to you then. Otherwise, scroll down until you go below the picture. He was one of the best League players on the world and someone hacked his account. By the time he recovered it, his account was put at 0 elo. Elo rating system is a method used for calculating the relative skill levels of players, when you win it goes up and when you lose it goes down by some points. So, let's continue with the story. His account was put to 0 points and that's even below the worst division, Bronze(each division requires a sufficient number of elo points, bronze actually requires 850). He didn't complain about that, instead of complaining he kept playing and very soon he was back where the story began, he was one of the League's best players again -Challenger.

Stayin calm is not as easy as you think and It's actually the most important thing you need to work on if you want to become better at League. Instead of flaming our teammates for their every bad move and for our mistakes, let's focus on ourselves. Everyone is wrong sometimes and you just can't blame your teammates every time they do. If you screw up, admit it. Everyone is gonna mess up something at some point, and there is no player who never did and nobody actually blames you for that but if you're not learning from your mistakes - I blame you. When you once fail at something, you'll maybe fail second time too. But will you fail third, fourth or fifth time? I doubt it. What can you get from racism or any other way you flame your teammates when they mistake in League? Nothing. When he makes a mistake, do your best to help his comeback. Pick your words carefully. If you can't give him 15 kills right away, say something encouraging to him. Believe me, he'll do his best to get back on the track. 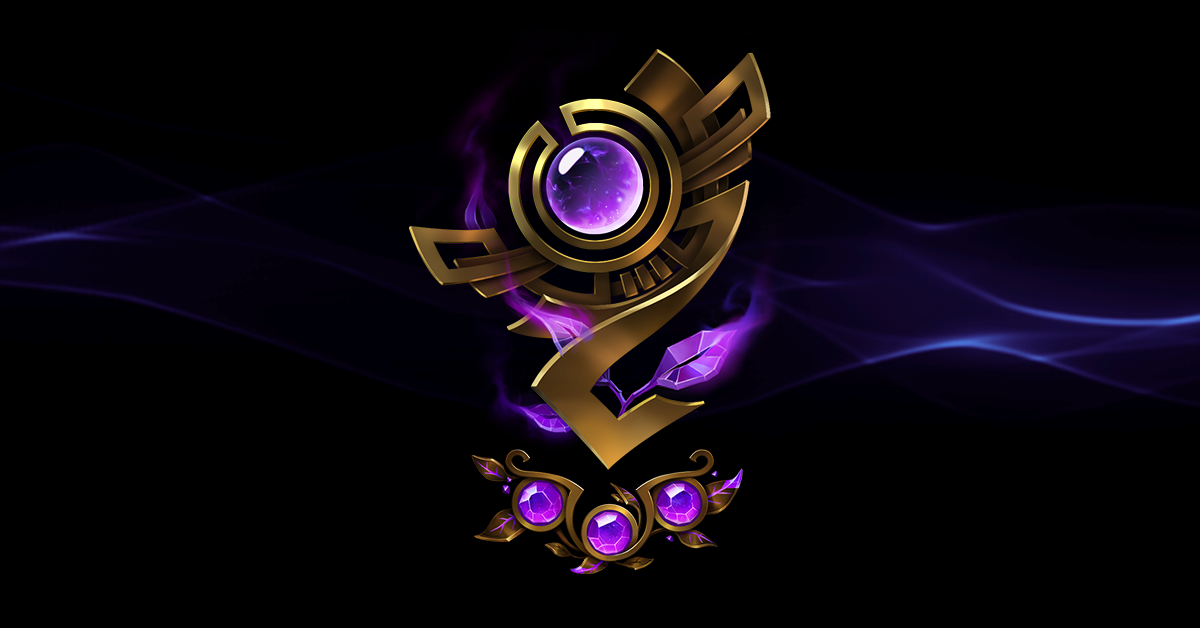 Read carefully, this is actually a second most important thing for your league improving. "How am I losing when my score is 15/3" is you ask yourself pretty often? Well, man, you're doing nothing good with that score. Did you know that there are important minor things in a game, more important than even kills? There are, and there is actually a bunch of them!
From the legendary ancient Dragons that boosts you in League all the way up to Turret destroying. If you don't believe me, go watch some League tournament and you can freely wonder yourself why is there no first blood when it's minute 20.

The most important thing at the early game is Farming. Did you know that 15 cs(15 killed minions) are worth equally to 1 kill? You can get 15cs in 3 minion waves, and that way earn 300gold. You can't get as much gold as you earn when you farm well with kills.

You can use Flash every 5 minutes(300 seconds) so you won't be able to escape every gank. Instead of using it every 5 minutes, you can try with the ward. Always have wards placed at your lane, so you can avoid dying. It won't be very helpful and save your life every time, so try not to push too much. Dominate your lane with wards placed and you've won 80% of the game.

Did you know that Dragons give boosts to the enemy team, too? They're not friendly just with your team. Try defending them! Always have wards placed on Dragon, so you can see if the enemy team tries to kill one. That way, your enemies can't get boosts. And it's not that they won't have boosts, you are actually able to steal it and kill few of them. Wait until they use few abilities on drake, rush in with your jungler and start damaging them, your jungler is probably gonna steal Dragon with his smite while you are damaging them.

What's the point of kills, then? Why do you feel that you have to end a game with a lot of kills? Do you want to show off to your friends, or what? Stop rushing them. Focus on more important things, and you'll do much more than you were doing as a bounty hunter.

"Man is a gaming animal. He must always be trying to get the better in something or other", Charles Lamb. 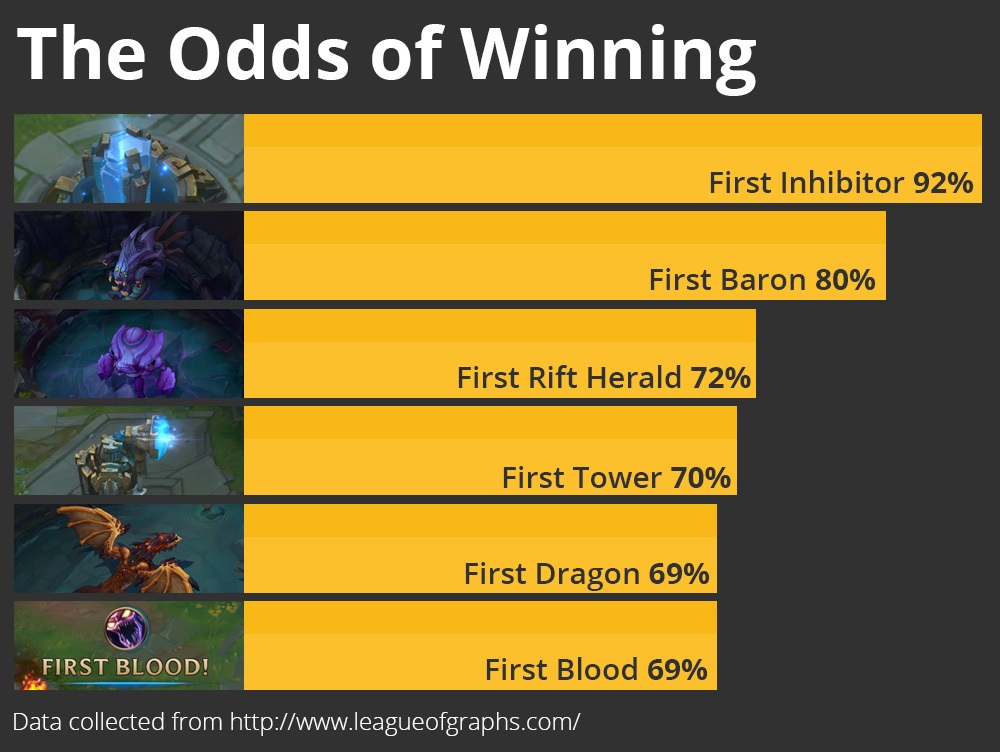 If someone comes to you in real life and punches you at the face without any reason at all, will you ask for more? I doubt it. So, avoid it in League, too. Don't fight too close to the enemy turret, you won't be able to kill because he can easily run away, and you'll have nothing from that fight except insane damage. You have to avoid poking, zoning and you can't let enemy punish you for farming. If he's doing any of it, attack him. Give him a favourable trade. Instead of taking damage, punish the enemy when he tries to farm. Poke him. Now, he'll have to think will he trade with you, and most likely he'll wait for the chance, so you won't be taking unnecessary damage. 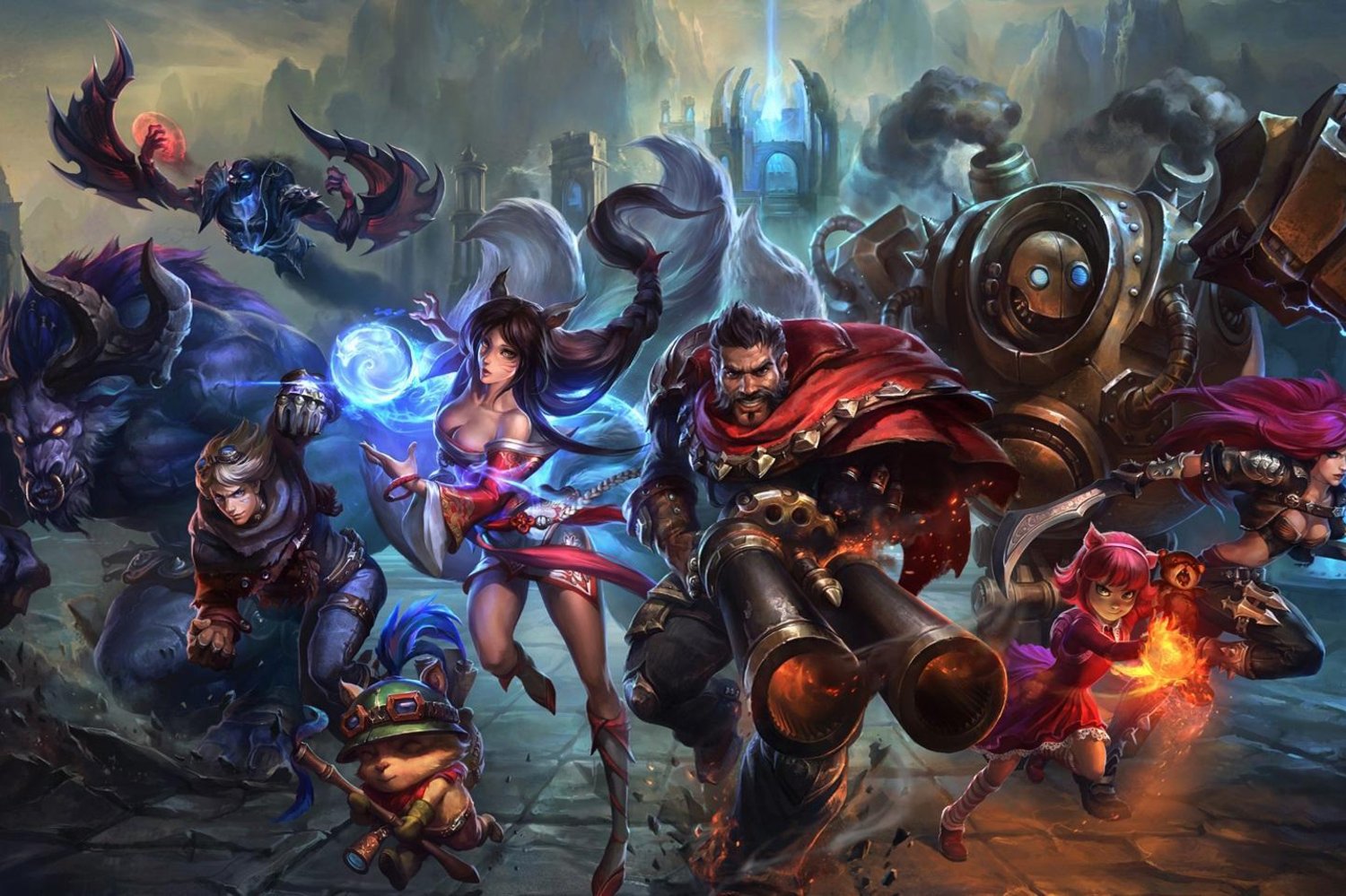 It's always more useful when you play with someone who is better than you, no matter if you are playing an esport/sport with someone who's better than you because you can always learn from them.  You will be bad, that's for sure, but that's completely okay. Use your platinum/diamond friends and play with them. Notice the difference in your play. If he's doing something you are not, try doing it. Maybe that will get you out of some situations you thought you can't get out. Don't worry if you don't have a diamond friend, there is actually even a better solution. Why don't you try yourself at some tournament? There is a bunch of tournaments going on every day, tournaments are actually starting every 30 minutes on some websites and they're usually full. There is all kind of players. You can play against players of your tier, or you can go for Unranked tournaments and meet even a Master player there. You don't have to rush for victory, but you have to learn! If you want to learn, you have to do your best. It's okay if you think that you can become better if you are watching streams of better players. But, is your brain going to remember every little thing you noticed in his/her play? It's not. Sit down, google for some LoL free tournament website and practice!


"Take chances, make mistakes. That's how you grow. Pain nourishes your courage. You have to fail in order to practice being brave.", Mary Tyler Moore 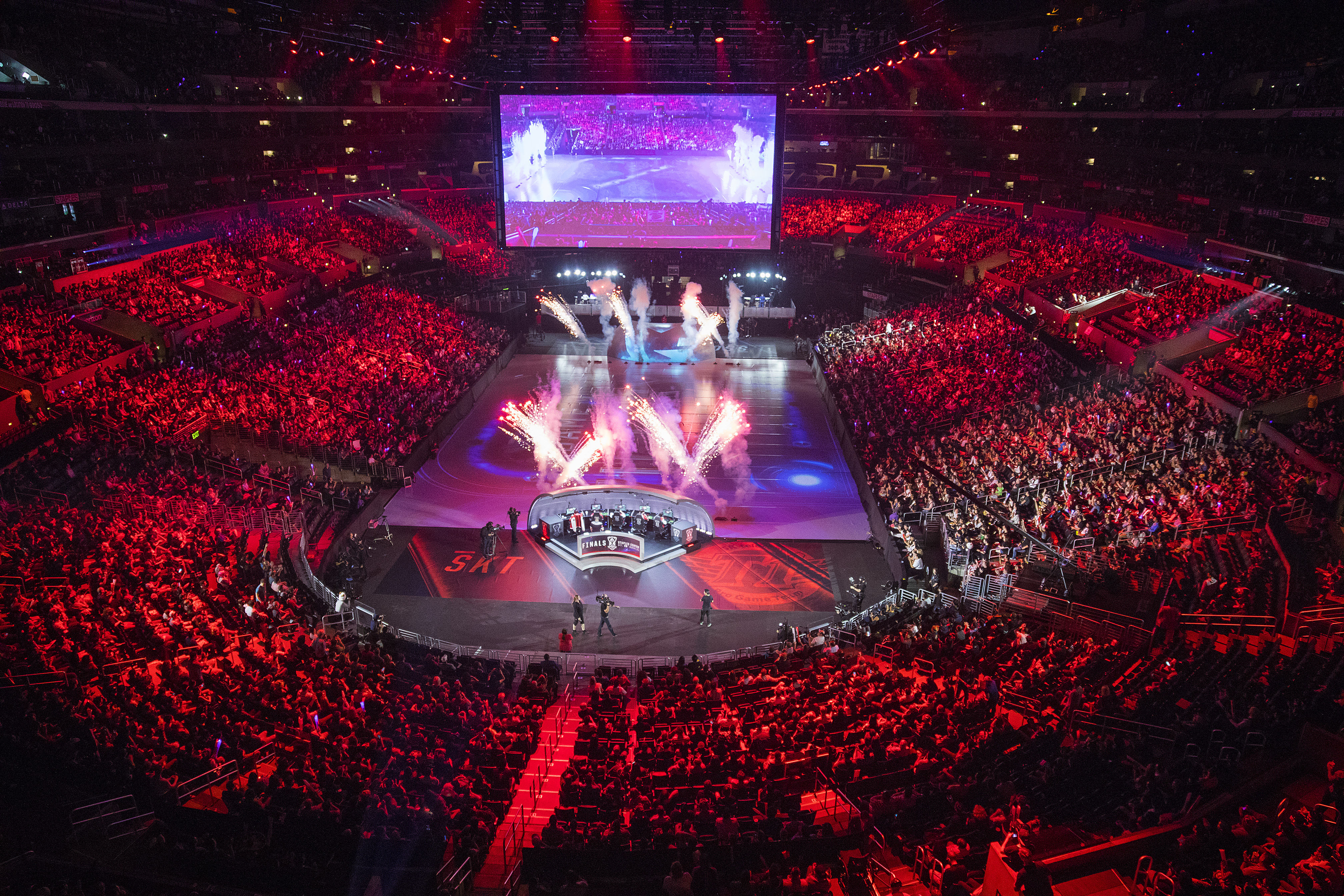 It's easier to get better at League if you decide to play only one champion on Ranked games. Find the champion who is fitting you well and start maining him. You're gonna do much better with a champ you know everything about, like cooldowns and similar stuff.
It's the same with the lane. You can't do great at every lane in League, decide do you want to be a Top-laner, Jungler, Mid-laner, Support or ADC. Practice means everything in eSport, just like it does in the sport. Practice one champion on your role for a long time and you're gonna climb a lot. 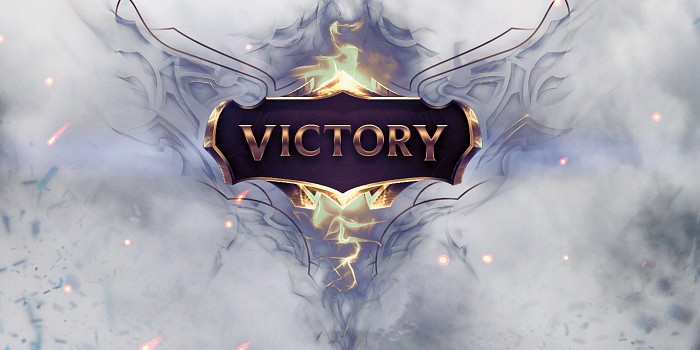 So, there it is. We have reached the end of this guide. There is a lot of things I want to suggest to you besides these, but this is enough for now. Don't forget to comment this guide after a few months, and tell me did it help you. Good luck in the Fields of the Justice, summoner.

Get your reward League of Legends

For me To take up the ladder is to pick The OP Champs :> or go to mid or jungle coz that lane controls the game

thank you my dude

Thanks for the help! I think you should make another about macros and game mechanics.

Even though it has been a lot of time since you posted this article, I wanna mention that you did a really nice job and that you helped me and probably most people to climb up and get better at the game. Thank you for the tips and keep up with the nice content.