How to Find and Equip Better Weapons in Assassin's Creed Origins

Assassin's Creed Origins is the latest release of Ubisoft's cult franchise. Available for PS4, Xbox One and PC, the title has as great novelty the system of loot similar to the great modern RPGs, like Destiny and The Division. In this tutorial, check out how to get new weapons and equip them with Bayek killer.

The new game set in Ancient Egypt retains the formula characteristic of the series, but renews the dynamics of combat and expands the systems of progression of Bayek, member of the Egyptian Brotherhood of the Assassins. Origins is, first and foremost, an action game and RPG, which mixes both genres in a balanced way.

The new equipment system can be accessed through the menu inside the game, in the "Equipment" tab, positioned next to "Missions". It is allowed to initially equip a melee weapon, an item for distance, costume, mounts, shield and tool (tranquilizing darts, for example, fall into this category).

By following a current RPG trend, the game's weapons and apparel have levels of rarity and power. Stronger items are unlocked according to progress to keep pace with the protagonist's evolution, so it is necessary to change equipment frequently.

Legendary items, for example, are of high value and grant additional bonuses and attributes when being equipped. It is important to evolve rare equipment in the blacksmith - there are several NPCs scattered throughout the desert - so you do not miss out on a powerful item simply because it is below character level. 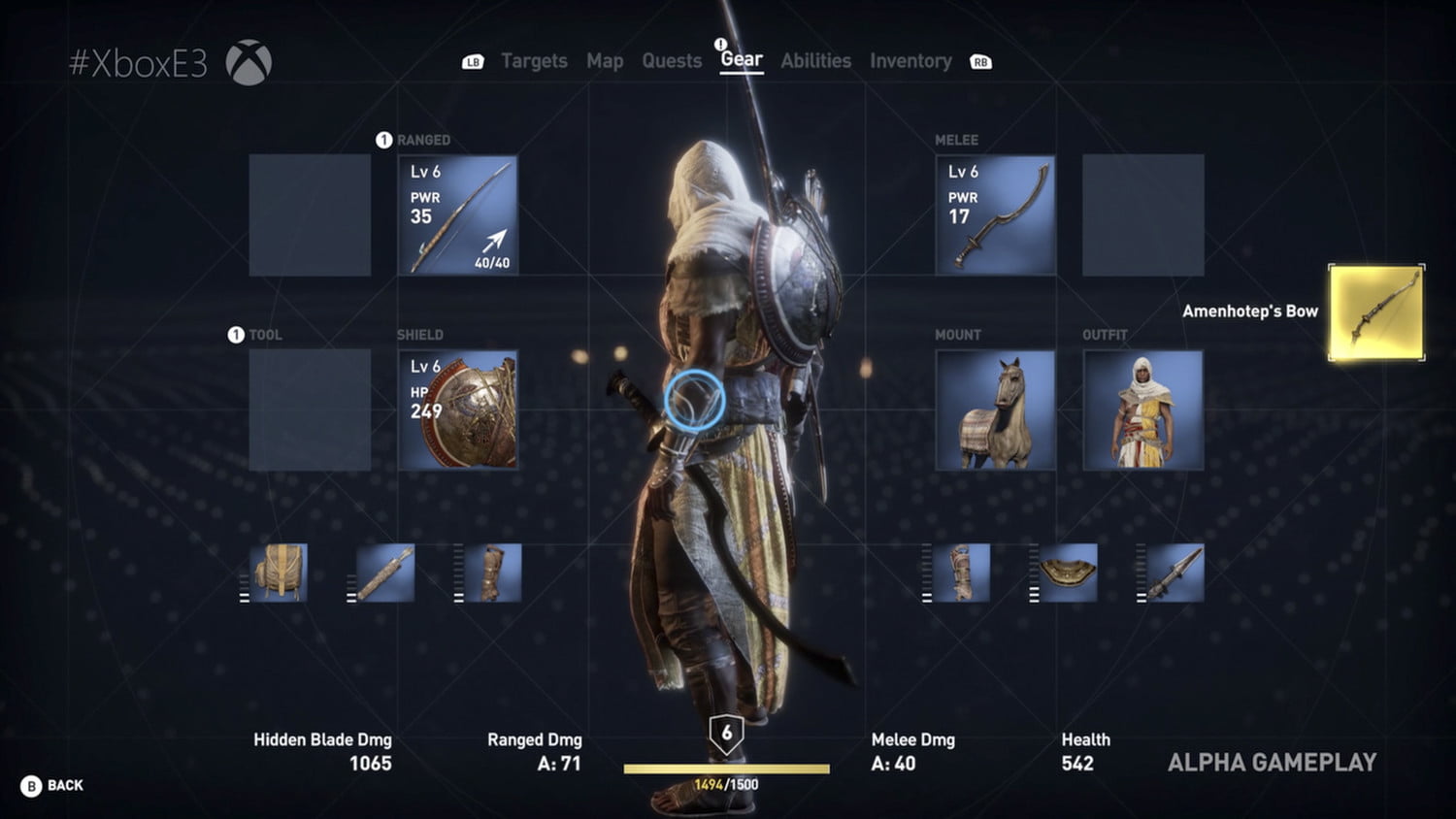 There is also a confection system in which it is possible to create specific protections for each part of the hero's body. These accessories are capable of raising the rate of defense, melee damage and distance. Objects should be created using raw material, usually found by the map when hunting animals in the best Far Cry style.

If you want to change the equipped item, use the indicator and press the action button on the desired accessory icon. Once this is done, the list of weapons and clothing will be displayed on screen with all the options available to the Bayek killer. Select the item that matches your style of play and equip it in the empty space.

Remember that certain skills aid in the progress of armaments, such as the "Weapon Carrier" skill, which makes it possible to equip a second melee weapon. The same can be done with long range armaments, so pay special attention to the skills tab.

To acquire rare items, aim to accomplish secondary missions according to the character's current level - preferably temporary and random activities such as revenge and favors to special sellers. Another way to get better equipment is by exploring tombs and pyramids, as rewards for discovering hidden locations are always generous and worth the effort.