Five years ago, we met with the world of Mexican wrestlers who have the ability to turn to the balls, and now we talk about Luchador Juan and his friend Tostadi


Guacamelee 2 is one of those extensions that are not loaded with the need for innovation or the introduction of new mechanics.
Instead, game makers are maximum take advantage of the existing ideas and make them more polygons on which the players will swing their fingers. If you've played the previous game, you already know what that means - Guacamelee is challenging both in platform elements and in combat. But the good thing is that the game is well-balanced, I dare say maybe even better than the first part.

This means that obstacles are well dosed. There are lighter and more difficult ones, but they are not always in the same line. Although the game gradually becomes more challenging, it never happens to be the same challenges, especially not challenging the same weight. This is important because the gameplay keeps you dynamic and there is no obstacle where you will hang for half an hour, at least not on the main road.
If somewhere i you suffer in Guacamella! 2, it lasts for a maximum of ten minutes, below the boundary, to become frustrating.

Gameplay is dynamic and there are no obstacles that will hold you half an hour. 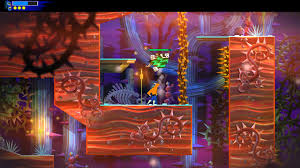 The news that is being pushed is mostly just extended martial arts luchadora and some additional skills, primarily for racing that now plays a more important role in the whole game. In fighting so often you have to turn wrinkles and roaches, then two dimensions, all to successfully deal with new types of enemies and their attacks. Apart from being properly balanced, fighting elements and platform jumps are also the most enjoyable for precision controls with excellent responsiveness.

There is no change in the cooperative mode of play compared to the previous game. Guacamelee is still good fun for up to four players, provided you have the same number of controllers as the other part can only play in a local multiplayer. The only aspect of the network component is now a scale that scores the results when the game is over. I'm aware that playing with unknown players (and bad connections) can have a bad impact on the experience of playing these games, but I also think it's not unusual to look for a network play option with people on my friends list. 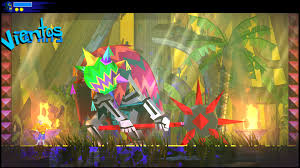 Guacamelee is still good fun for a maximum of four players, but only if you have four controllers.

So Guacamelee! 2 will not win you with freshness if you played the first part. It's still a very good 2D game that does not have much to complain about, apart from the fact that it has not moved far behind the formula it introduced five years ago. Still, one thing should be praised. Given that game makers did not focus on innovations, they opened up the space to make the mythology of Guacamelee worse than before. 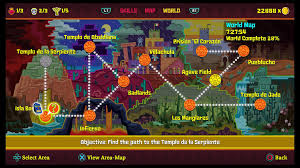 The story in Guacamelee 2 is exceptionally humorous and inexcusable in the best possible way. At one point, they will convince you that Mexico is the secret of the Secret of the Chickens of the Illuminati. They will wonder about their own and other gameplay mechanics, and the best part comes in the form of easter eggs and makes them play other games, which is an independent production, which is a cult status. That part of you is surprising, because the missions and the joking segments in Guacamelee are pure genius. Game authors have really ventured into different segments, from backdrops through dialogs to references to modern gaming trends and beyond.

Mexico actually governs the secrets of the chickens of the Illuminati! 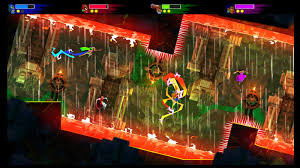 The presentation side of the game is very sympathetic, but with it we come back to that story about the similarity of the sequel to the first part. I'm sure some technical difficulties exist, but in the visual sense they are not impressive. Music is phenomenal at the level that keeps you crawling in the rhythm while playing, but half the melody is actually recycled from the previous section. I know because these things remained in my ear and half a decade later.

If Guacamelee 2 has not played for you until now, then the conclusion is pretty simple - you definitely deserve to play this sequel, either alone or with other players. The story of the predecessor you do not have to know from A-Ž anyway so you can enjoy the comedy offered by the sequel. For gameplay I have praise, and the game takes about seven hours for a standard transition, and some ten hours for trophies, which is solid enough for this type of metroid. If you've played Guacamelee relatively recently, the other part might be too big a deer, so in that case it's best to play it when it comes down.