Goat simulator is a third person game in which you control a goat. The game was made by Coffee Stain Studios and was released on 1 April 2014.

The game starts with you beeing a simple goat , you are free to explore the whole map and destroy everything . You can jump, run , bash into objects , and lick objects and peoples. By lick i mean use your long tongue to drag them with you . The game is based on a points system , more points more better you will fell. In the game there are a ton of other games references like: Teenage Mutant Ninja Turtles , Breaking Bad , Minecraft, I am bread , a satanic ritual , and many more. 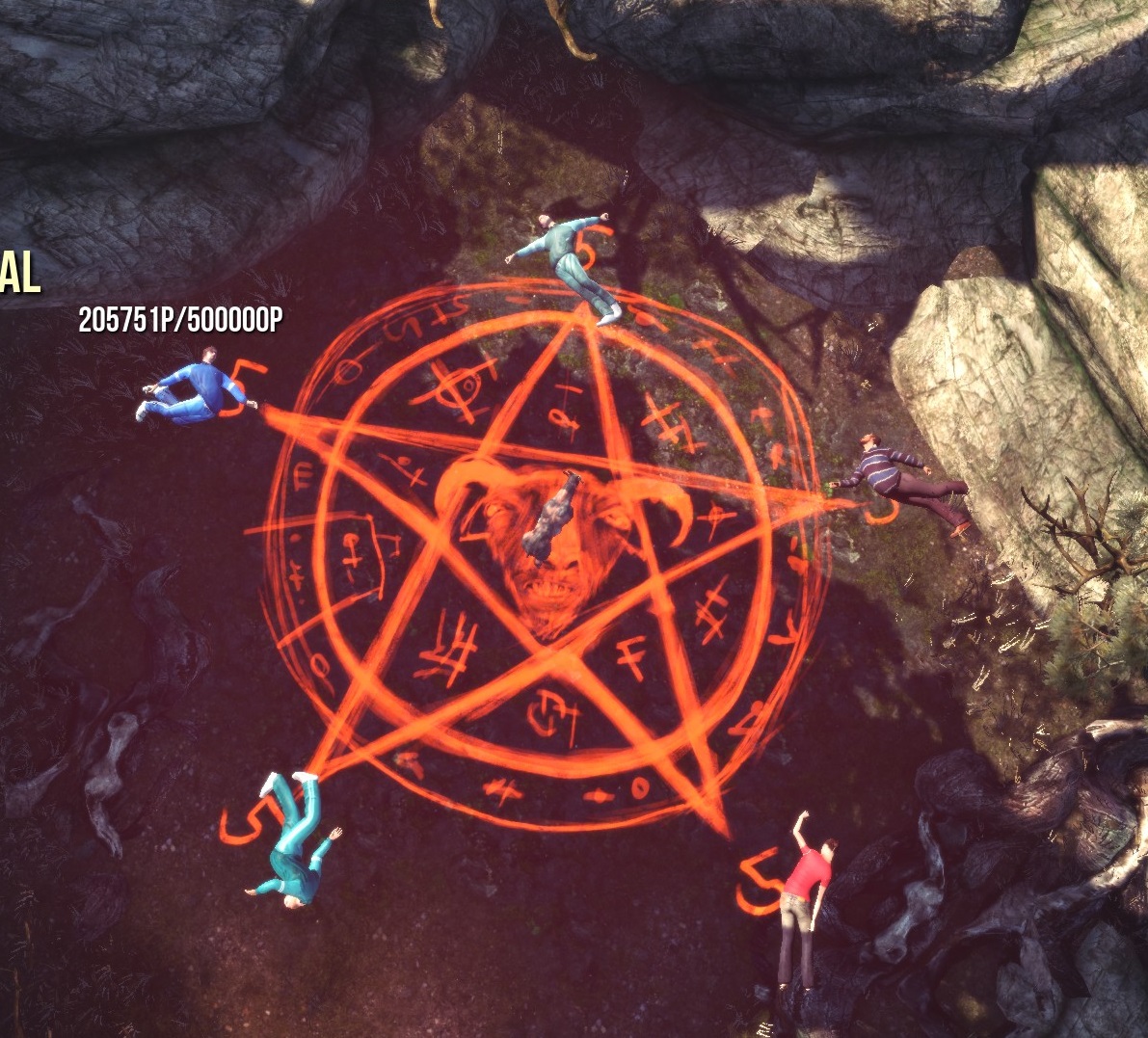 The game doesn't have a story and was started as a joke but turned out to be a funny game that you can enjoy. In this game you can even use a skateboard , a bicycle and a boat. Is the type of game where visual bugs don't make the game weak but it make him even stronger beacuse that's what is this all about , you having fun. You can change the goat on the menu or on the world.
Now let's talk a little about the 3DLC's available on market  and 1 for free. I will start with Goat Simulator: MMO Simulator .

This DLC is free and adds to the game a new map , a level system. At the start you get to pick from 6 clasess:
The Tank- the goat get's a iron spicked armor and a sets of skills similar with Hulk.
The Rogue-not to mutch clothing and get's 2 abilities: Stealth and Stunlock.
The Hunter- this class looks  like a fisherman and his abilities are :
1.Fish (Noun): Makes a random  fish in front of the goat.
2Fish (Verb): Your fishing pole grabs a nearby object and holds it in the air.
The Magician-Makes your goat look like a magician and gives you 2 abilities:
1.Card Trick: The goat shoots out a flurry of playing cards.
2Fire Bawl: Shoots fire ball.
The Microwave: Is a Microwave with legs , his abilities are:
1.Pizza:  Shoots a pizza.
2.Explosion: You explode , making your body fly far away.
And the last and most powerfull class No Class which grant you nothing , have fun!
In this DLC you don't get points anymore , instead you get xp for your level , you can make xp by completing quests or killing monsters. The are references to other games to like : World of Warcraft, Diablo, Skyrim, and Zelda.

This is a survival game in which you have to craft items, kill and eat zombies for your survival , adds a new map and new buldings to the game like : a mall, funeral home, drug stand, president vote and many more.

This DLC adds a new map inspierd by Payday 2 , is this DLC you can steal from peoples , you can gamble , and buy things like : masks , maks and some masks , yeah there are only masks.  You can be a a camel, or even a dolphin in a wheelchair,there is not limit you can be evreything ( except the only 4 animals you can pick)
Characters:
Don Pastrami ( Vin Dissel + Pizza)
Valentino Salami (he can control dudes)
Dolph Spaghetti (can walk on walls)
And in this DLC you can even drive cars. 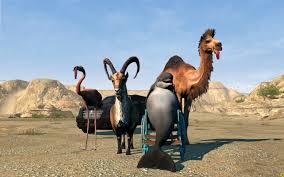 PS: Payday 2 did the same thing but in their style.

And the last DLC is Goat Simulator: Waste of Space(5$)

Was released in May 26, 2016 and makes fun of most popular Sci-fi games , movies and tv shows: Mass Effect , Star Wars , Doctor Who.
In this DLC you can drive a space ship , you can destory Earth , you can upgrade your Colony and this whole acction takes place on the Moon.

This is most of the thing about the game , in my opinion this game is very cool and has $12 million in revenue with over 2.5 million copies sold.

Can't wait to get that game !!! Its an great game also nice publish

good i already play this game

i love goat simulator. when i am sad i always play this game to laught

I haved Goat Simulator without DLC'S.. I played it a few hours and my laptop was very heated.

Reminded me of the movie "The men who stared at goats"... Best way to make a parody of pretty much everything, add goats!

Can't wait to get that game !!! Its an great game also nice publish