Sometimes it's not necessary to spend a lot of money to entertain with video games and experience the best day-to-day games. We can often enjoy simple games، A cool game for PC users who can take it out of steam.

There is a total of four characters that you select at the beginning and you must play the same character by the end. When you run the game, you see three different options: Play, Options, and Quit, which naturally should choose the first option and navigate to the character selection screen. On this page you have four choices, each with their own specific features. These 4 characters are not Adam! A bunker is a turtle with its own ability to create a protective layer against enemy attacks. Of course, you have several different types of enemies in the game, which we will talk about more about them. The protective layer that the Bunker creates for itself can only prevent the enemies from firing. Meanwhile, Bunker is the only character in the game with 4 hearts. Every heart is considered a health and other characters have only three hearts. Therefore, the resistance of the Bunker is higher than other characters, but has a low speed. The other character is called Panic. Panic is actually a tangy fish that is very fast. Panic has three hearts and its ability to escape from the deadlock. Panic can quickly get out of a siege at your own pace. Also, his ability to dodge enemies is also applicable. The lizard is called the Sneaky, and it has the advantage of teleporting. Sneaky is also a lovely person. The last character we want to introduce is Devil. This character, as its name implies, is a devil! Of course, at a very small size! Devil, who, like the rest of the three, has the health or heart, increases the degree of anger by killing any enemy, and ultimately drops his anger with a devastating attack. 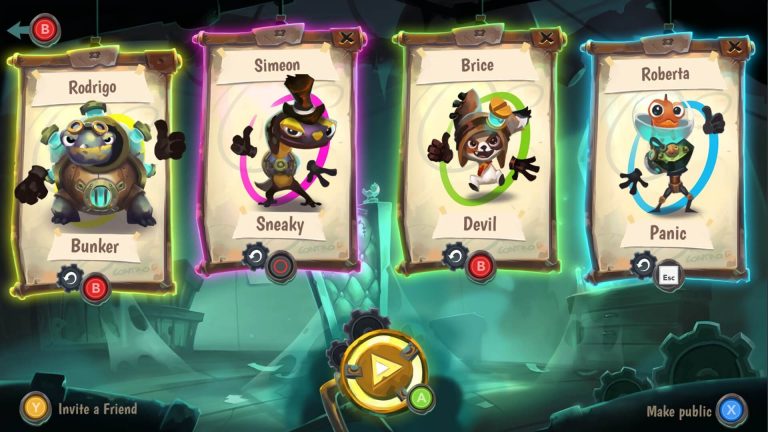 There are 4 different characters in the Genetic Disaster game, which can be considered as a positive game. Because, first of all, if you do not enjoy the style or style of a person, you have other choices and secondly, if you want to finish the game more than once.

Genetic Disaster may seem like an easy game that everyone can take it to the end, but after leaving the first stage, you will notice that this is not at all true! At the very beginning you have to choose between two guns. Depending on the character you choose, weapons vary. For example, the bunker has two weapons and Devil has two other weapons. Next characters are the same and you can only choose one. You can shoot and shoot the first one and then try the next gun, in order to test, but as soon as you exit that range you can no longer change the weapon, and that weapon will be at least until the end of your stage. Your weapons are unlimited, but you will not have to deal with the lack of ammunition except in exceptional cases. If you continue to play with the same weapon you can not finish your beams until you find the new munitions, but if you continue to change it with a Shatagan, for example, this may happen. Under these circumstances, you can use items such as tables and chairs, or remove explosives and target enemies that will not be as effective in fighting stronger monsters. 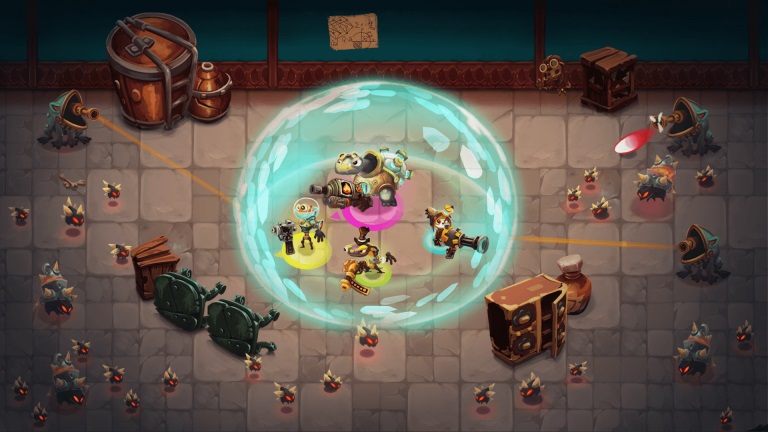 Enemies that kill you will cause more coins and you will have more ammunition with their deaths. Coins may not seem to be so practical in the early stages of the game, but you will continue to buy the most important items with these coins. Buying in this game is slightly different from other games. If you want to be a successful player in the Genetic Disaster, you must always move! There is no reason to stop playing at all, and you should always have your hands on the keys. The speed of your firing and your enemies is relatively low and you can dodge very easily.

If you like to hear music while playing music, Genetic Disaster also has this feature. In addition, the sound of firing bullets and other tiny sounds that are heard in the game can greatly save the game from unevenness. 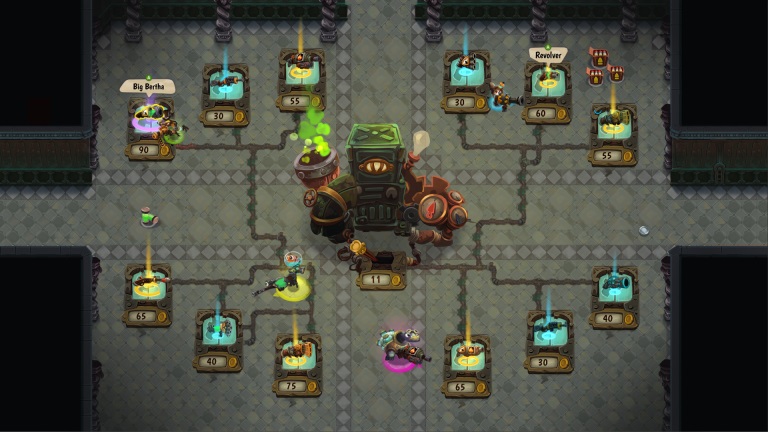 Genetic Disaster is an ideal game for independent players. For players who are new to migrating to such games, the title will be a great start. Genetic Disaster, despite its relatively small problems, is an extremely appealing and appealing game, especially if you find the opportunity to experience this game with your real friends. Probably more than 90% of users are familiar with such games and only seeing a trailer of Genetic Disaster is enough to buy this game.

Given the current price of the Genetic Disaster, this game can be a cheap and cost effective game, which, unlike many games of the day, is worth its value, especially if you can play this game with some of your friends. Extremely high probability of the cost you locate. Genetic Disaster is a title that can be higher than most of them in comparison to similar games.

I think i will not play this game

Nice game I might have to look at it one day!