Rarely we had a chance to play a game which title describes so perfectly the real nature of the same as the case with Frostpunk. Put the story in the imaginary world of steampunk, add some global winter and you got a Frostpunk, an incredibly atmospheric game specific to its niche and type of game what will attract you to itself. Subject is not for everyone that’s for sure, but for those who get “called out”, Frostpunk will bring hours and hours of fun. 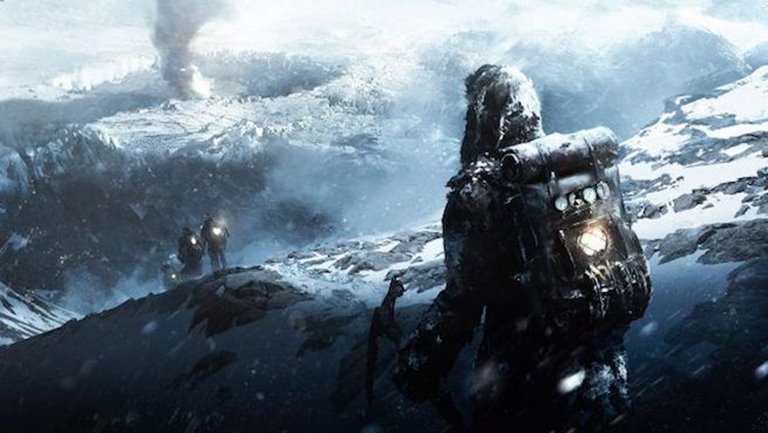 Frostpunk is a city-building simulation that has deep roots in steampunk culture, but unlike the pleasant green environments as we find them in Sim City or Cities: Skylines, here we are immediately confronted with the catastrophic conditions of global winters. Surviving is a primary concern in the ice-bound environment of the post-apocalyptic world, and your moral and ethical principles will soon to be found on a trial. 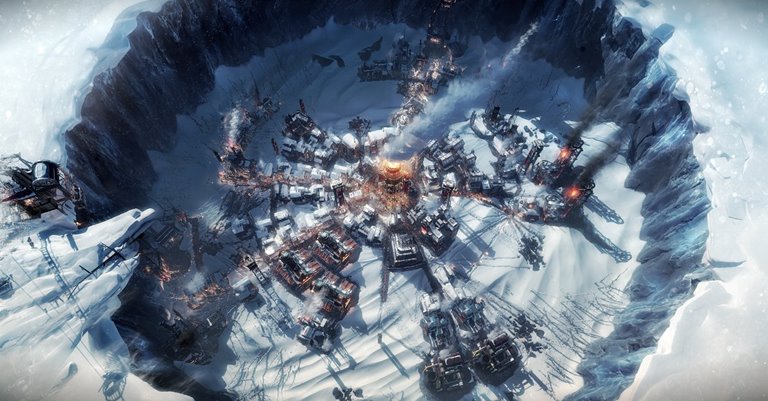 
The background story is less important; a meteorological catastrophe causes people to leave the cities and seek salvation in the ice areas, fighting with the temperatures that drop as low as -70 degrees, sometimes even lower than that! You, as a leader of one small group of survivors, accidently encounter a functional generator in the frozen Arctic desert and from that moment onwards you have to worry about survival of those in your care. Even though the beginning is promising, you will soon realize that you are in a constant struggle with time (as well with that that drifts through your fingers, as well as those of meteorological nature) lack of resources, and the realities of the fragility of human life.

Your chances are very, very bad. 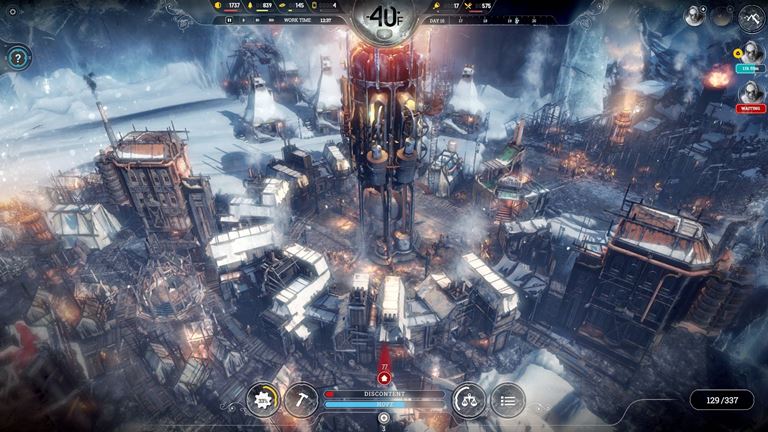 Frostpunk is an extremely demanding simulation, one of those that will put you in the toughest possible choices. Should I send small children to work in coal mines? Perhaps the answer is initially clear, but as the time goes by, you realize that you lack the coal that another team could collect and that the heating temperature is now falling, which increases the number of patients.

Should you make workers work 24 hours a day without ceasing to have enough food for everyone, so risking that some of them die or start to fight against you and spread dissatisfaction? Should one punish a man who steals food for his family or forgive him and experience even more similar cases? Frostpunk will make you make such decisions. 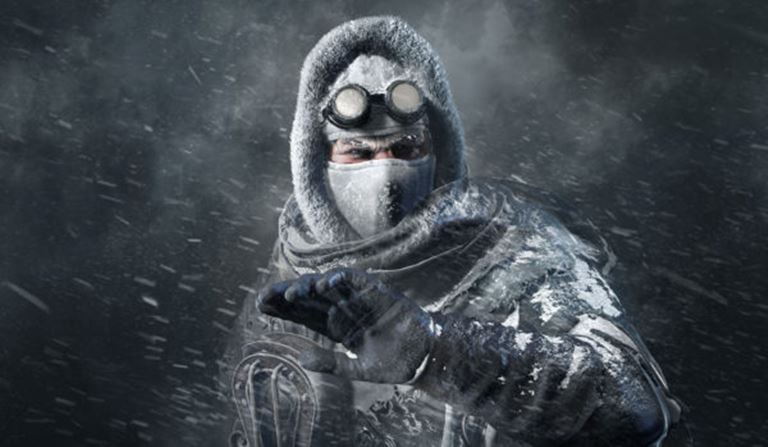 If now you say that you generally do not care – though it’s just a game – keep in mind that in this game you will most likely be emotionally invested in the events on the screen. The atmosphere is great, the music brings you into the game so easily and elegantly that within a few minutes you feel like you are part of it. The sounds and atmosphere in general, the voices of people calling for help, the winding of the wind and the screeching of metal while bending under arctic temperatures, orchestral music that perfectly matches the events in the game… Frankly, I have not experienced such a convincing atmosphere in the game for a long long time. The soundtrack itself is worth investing in the game! 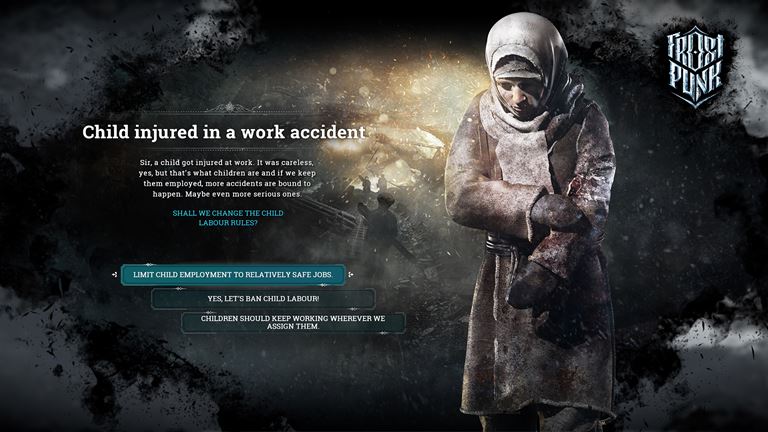 You start the game in some crater as the leader of a group of frosty, desperate people who gathered around the generator, the only machine standing between life and death. The first goal is to raise several tents so that people do not have to sleep outdoors, and then you have to run a generator. Since this one works on coal, you have to find it and send people to collect it. I believe you already see the logical sequence that you have to follow to the very end; needs, decisions, actions and consequences. 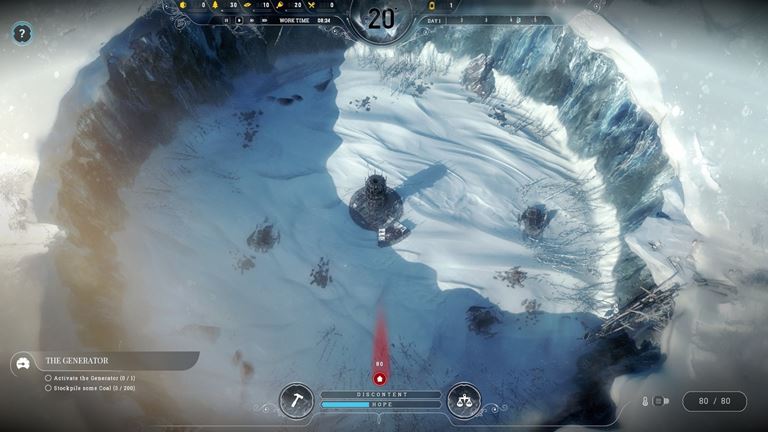 From the very beginning, you clearly feel the atmosphere that this game cultivates; people are depressed, desperate and hungry (not to mention the eternal cold) and you are their only hope. But any delay in making decisions, whether caused by ignorance or incompetence, will cost your people's lives. The error space almost does not even exist. If you do not allocate enough people to the right tasks at the right time, you will be left without charcoal, food or wood. 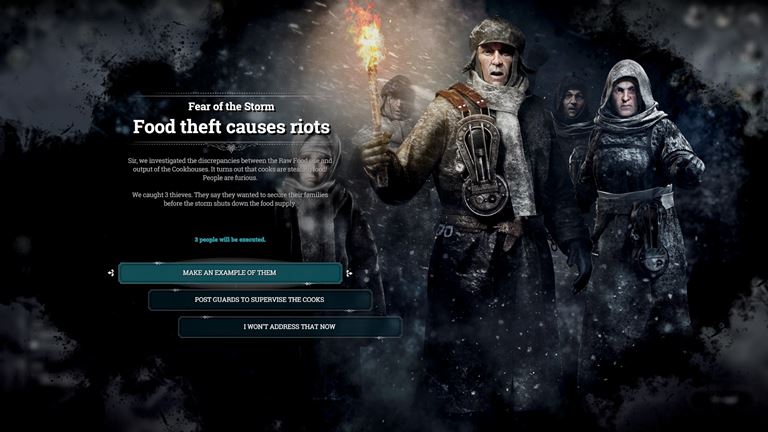 Same rules are applied for the construction of buildings that are necessary for the survival of the community. For example, a cemetery is needed because you do not want to leave the frozen unlucky to lie dead in your neighbourhood, but the hospital is more important because it prevents even more members of your community from joining the deceased. If you decide to build a hospital, be aware that people will become more dissatisfied with your rule and will eventually expel you from the settlement when your dissatisfaction reaches the peak.


Every now and then you will get the missions you have to fulfill; failure will increase dissatisfaction, success will have a positive effect on hope. Some decisions will directly affect your fellow citizens, but believe that you will ultimately be responsible for all the events that are out of your control. This is not so important - in the end you are a leader, and therefore the main and responsible person. 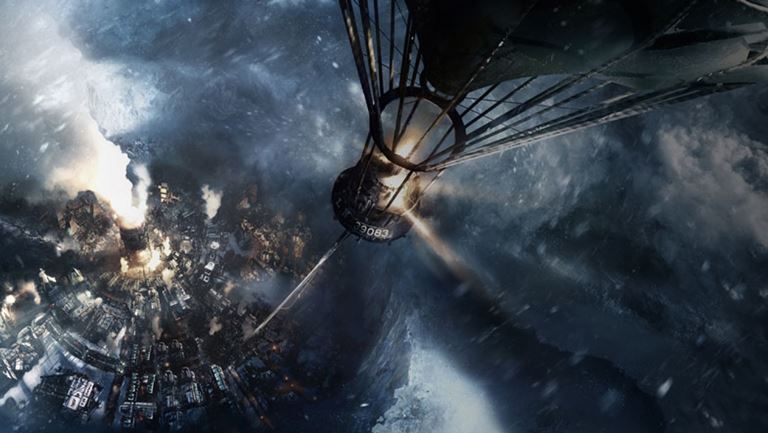 The balance of good timing and correct decisions will mean the difference between life and death. Frostpunk is not for those weak hearts and every time you make a mistake, someone will pay for it with life. A shortage of hospitals will cause the death of a few unlucky people whose cure has not been treated in a timely manner. You will miss those workers the next day when shredding coal or wood, and your progress through the game will be much more difficult.

Even more, I would dare to say that Frostpunk has an invisible "point of no return", which makes the game particularly perfidious. At some time your settlement is in poor condition, the population is decimated, but you as a leader still believe that it is possible to survive by some miracle. In the end, just witness to the slight collapse of the community and a series of more frequent funerals. 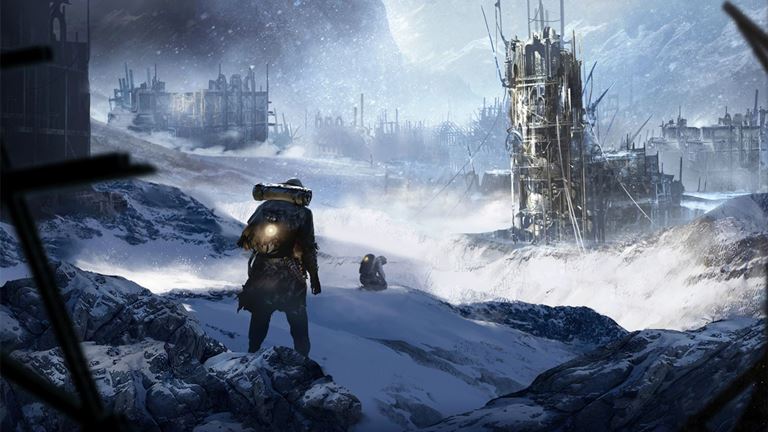 If the night falls and you leave heating in various workshops and other production facilities, count on that your inventory will be spent much faster and that the generator will soon be extinguished. Your population consists of workers and engineers who need to be properly deployed at various manufacturing facilities to make them work successfully. Expect a lot of content in the game, from a multitude of possible buildings to numerous options for advanced technology research. Do not be afraid that you will be bored, but rather pay attention to the fact that all development and production branches are balanced. If you in a certain time happen to have too much resources, chances are great that you will soon lack of something vital to survive.

The story behind the game has its own turnaround, so you will, for example, often face challenges that you are not ready for. One example is the arrival of a particularly cruel ice storm, which is "announced" by the worst temperature drop, which even goes below 70 degrees. Suddenly, all of your progress is put under the question because despite having enough resources and top-of-the-line production chain, this bloody winter makes all your efforts meaningless, because your entire infrastructure is up to some 40 degrees.  Citizens are beginning to get sick, lack of labor, and the last piece of coal is spent, and a few automates show their inability to supply the entire settlement exclusively with their work. Within a few days, your village turns into a lost anarchy where people are freezing freely on the streets. When within a week you lose 300 people of cold and hunger, you start to feel how the real desperate looks. 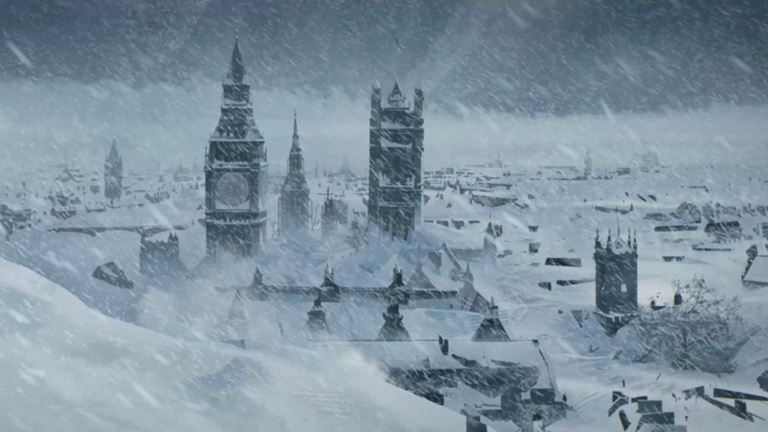 STAY HUMAN TILL THE END

Life is not limited to your settlement, you can also send surveys to search the environment. With little luck, they find more survivors and additional resources and thus strengthen your neighbourhood. At the beginning each extra hand will be incredibly important, but later, as the time starts to rise up and up, you will be in a situation where receiving sick and helpless to your community will only harm you. In such situations you will fight with your moral principles, and even the population alone may have different attitudes. Refuse to give them shelter and become a tyrant in the eyes of others; give them a shelter and testify to how your citizens' dissatisfaction increases, because sick newcomers are just a burden.

I could talk for hours about Frostpunk; the game is deep, immersive and atmospheric. It easily retracts a person into your event and often happens to lose the term of time (HA!) while fighting for survival of your settlement. You have to know that there are some things that could be done better… The camera could have an additional zoom stage, and some will find objections to the quality of the graphics. But this is only just a little bit effective. When all is summed up, Frostpunk is a great game that will enchant many who like such scenarios and themes, as well as many players who have never heard of steampunk.

i can't wait to play it.

A- for this article good work.