Rate this article "Shadow of the Tomb Raider"

Shadow of the Tomb Raider

22 years ago, British studio Core Design introduced us to Lara Croft, a beautiful British archaeologist of the mind and athletics. This famous burglar robber soon gained the status of a cult gaming icon, and some of its numerous lives also performed on film. Despite the fact that in his two decades of existence, Miss Croft changed several developers and publishers, each of them remained faithful to the original. Even Tomb Raider in 2013, at first, grounded and naive, Lara has transformed the adventures of the end into a wicked pinstrip and a fierce search for the truth with which we have been used to socializing.

In this final chapter of the trilogy, Lara's status as a legendary heroine is flawed by the need to take revenge on a militant organization known as Trinity, responsible for the premature death of her father. Since Lara is obviously not the type of woman who treats her revenge as a meal that is served cold, engaging in this idea will blur her mind so she will fall into the eyes of many players because of her unwillingness.

Namely, a few months after the events we witnessed in the Rise of the Tomb Raider title, Lara Croft and her faithful companion Jonah are equipped for another deadly adventure directed by Lord Croft's instructions and notes. But, contrary to the previous adventures, their investigation does not necessarily relate to the search for mythical artifacts and locations where they are hidden, but they intend to settle with Pedro Dominguez, the Trinity Order's chief of staff. That Pedro Trinity's leader knows quite accidentally. 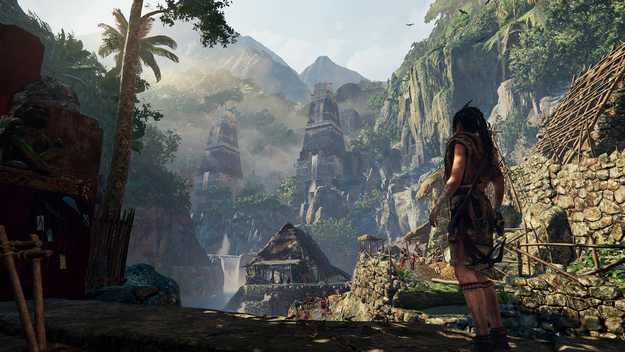 Given that Lara had previously clashed with the aforementioned paramilitary organization because of their questionable actions and pretensions, and most of all because the idea of being responsible for her lost childhood, the young archeologist in this mission, is aiming at defeating them. Lari's way of revenge draws her and her friend to Mexico where the Mayan dagger is hiding, an artifact that Trinity has been searching for for a while. Since Lara had greeted the places where the dagger was located, she took advantage of the opportunity and despite the various apocalyptic warnings she was taking no thought, the Mayan apocalypse started with massive cataclysm.

Regardless of Larin's narcissistic character initially refusing to accept the bitter truth that just her negligence has resulted in the deaths of many innocent people, her eternal company Jonah manages to overcome her flaws with the intent of sharing forces with the other part of the riddle that should stop the events of no upcoming apocalypse. Although his help is more moral in nature because the game always manages to find a way to separate it from Lara, their limitless respect and friendship that portrays every common scene tells us that Lara is never alone. 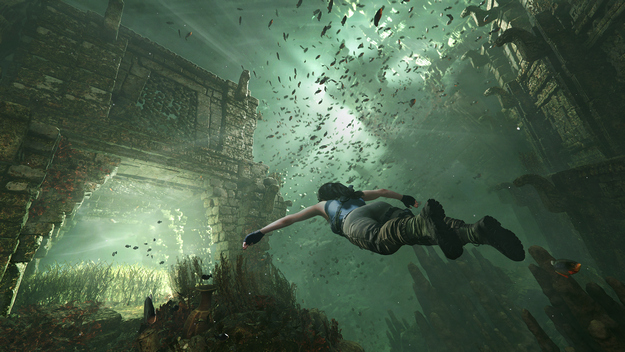 Above the friendship and some acrobatic animations that stretch across the trilogy, Shadow of the Tomb Raider has also saved the three pillars on which this franchise rests, as well as the Larino Tree of Skills. First of all, one must point out the sad irony on which the first major feature of gameplay is based in this chapter of Larissa Life. Specifically, the development team has created the darkest Lara Croft ever, however, it seems that the scriptwriter and the designer of the level could not agree on how this should look and everyone decided to stay with her. Simply put, the young robbery of the tombs is depicted as an indifferent killer with no one to his knees, but he nevertheless avoids the enemy, or he lands it without much action. Of course, the game does not keep you from being a obedient robotic level design, but the scattered position of the enemy clearly shows that it was intended.
Though stealth stocks in this section are considerably more versatile than previous attempts to sneak into previous titles, this time it was not done with style. Of course, Lara has more choices to surprise the enemy from the back; for example, it is easy to float on the wall or crunch into the grass, but its opponent can outstretch and outstretch, that is, jumping on trees or walking on the roofs. Also, the mud in which occasionally batons makes it seem less visible, and every casualty killing turns into a little sardine that can not even alert the nearest submarine.

Those who believe that a stealth approach created for cowards can rejoice in the small arsenal of weapons Lara owns since the beginning. So, apart from its protective weapon, which here, regrettably, relates to bow and arrow, not two pistols, Miss Croft possesses only one gun, rifle, and shotgun. Each of them has its own advantages and disadvantages that need not be specifically explained, but it is worth mentioning that this time you can fire and fire bullets if you are willing to learn. In addition to burning bullets, Lara also has burning arrows that have the same effect on the enemy, then those with an explosive attachment, and the arrows drenched with narcotics that in the enemy exhort the desire to empty their own bargain on anything or anything. 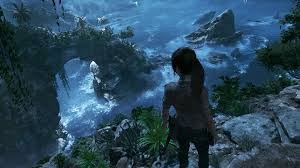 Given that rival troops or wild beasts do not want every 100 meters, Lara can be in peace to dedicate his love to archeology. Luckily for its like-minded, Shadow of the Tomb Raider is largely focused on exploring the beautiful locations of Central and North America and discovering the secrets of their tombs. The good side of this game is that it does not involve teaching anyone in the history of ancient artifacts, that is, every item that Lara collects is stored directly in its inventory that you can access at any time.
Furthermore, it should be noted that the diving system has been added to this title. Of course, this interesting, but seemingly unnecessary, segment we have seen before. However, it seems that Lara this time actually took some lessons from that sporting and recreational activity. In other words, Lara is no longer limited to the space and depth of a watermelon. The advantage of this choice is the interaction with the sea creatures, albeit it was a negative nature, and a new source of resources, primarily the herbs that Lara is not only used for health but its particular ingredients, provided they learn to use it, shed different senses needed to survive jungles, but also during the conflict.
It should be mentioned and praised perhaps the most interesting part of Tomb Raider games - puzzle segments. It is not too much to say that the puzzles at Larino's main road, but also through the intersection of graves are more difficult and, accordingly, smarter and smarter than the previous two titles. It seems to me that the robbery of the tomb or, more precisely, finding their mysterious records has never been more fun. Especially compared to dealing with boring tasks that would be spotted by random residents. 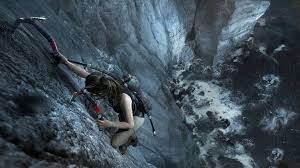 Given that Shadow of the Tomb Raider has not been particularly concerned about the story, and some gameplay elements would also work, we can say that the biggest praise for this part comes from the technical side. Although Lara is unlikely to pick up the Golden Dabra for the most beautiful game of the year, it is impossible to admire the beautiful nature and the ancient human creations that surround us. Also, it would be a sin not to mention a soundtrack that contains undeniably the most delightful compositions that resemble the Larin's emotions or the situations in which it is found, and in its unique way, the player tries to forgive this trilogy.

As a whole, the chances of Shadow of the Tomb Raider picking up a prize or at least a nomination for the year are pretty small and loose, but that does not mean that Larina's last adventure of adventure has to go by. Exactly the opposite! Although this game may not be overwhelmed by your story, you might be interested in your choice of gameplay mechanics, and in all likelihood you will be amazed by your graphic beauty. If nothing, Lara Croft never sounded or looked better than in the company of British actress Camille Luddington.

Rate this article Shadow of the Tomb Raider

i can't wait to play it.

repetitive ideas but in avarege is ok