This is my re-upload of this article with corrected mistakes.

Football Manager 2019 has been refreshed with a new visual identity. Is it worth it to say that the wolf is changing, but never ever?

There is no doubt that every manager of manager games knows what the Football Manager looks like. From the early beginnings of the Championship Manager it was a text game, and later there were different images and graphs, a 2D view and then a 3D transfer of the game. With the manager you always know what to expect and this constant is ok. However, Sports Interactive then releases the trailer for the FM 2019 that looks like a whole new game.

I think in myself - this is the game I want to play. I want to see the newspapers cover with my players, I want to animate the plane by plane, the effects in the menu segments, the pouting of the welcome announcement, the visualized trophies of the winning competitions ... These are some realistic ideas, not to be rich. But no, here's what I'm looking forward to at Football Manager 2019 instead 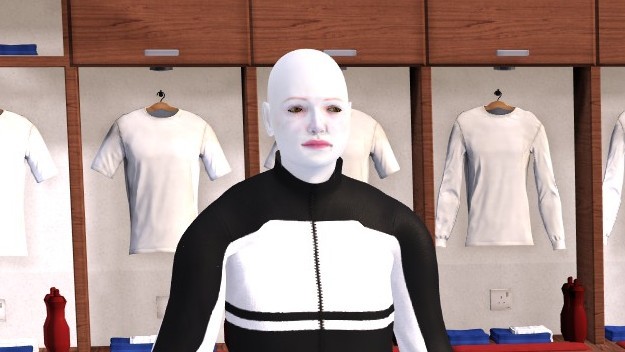 I knew that the game came out near the witch's night, but I did not have the idea of having such elements of horror!

Ok, horrible models of managers are not a new thing in FM 2019, it's a new visual identity. On paper. In reality, the biggest change is only that the interface has taken on a dark purple color. Such a "violet" backbone does not stink or smother me, and it can always change with another appearance so that the "fresh identity" of the manager practically does not mean anything. Some parts of the interface are more logical and / or more detailed information, but do not expect any significant change from it. A different font is used, that is, it does not do the best in combination with transparent backgrounds in press conferences.

Football Manager has a new visual identity, which is a fine way to say that it has become purple.

If you ask me, the interface from the previous managers was more aesthetically acceptable, but I prefer this in a functional sense. This year I managed to find some things I did not believe in a previous manager. During the 3D transfer of the game, the interface is more compact and you can now split the screen into several segments, depending on your preference and need. I would still like to see individual keys for shouts or quick changes to footballers; even as an option, but still I have to use two clicks instead of one. The good interface also shows the results, the most important match for the game, and yet the smallest part of the game. 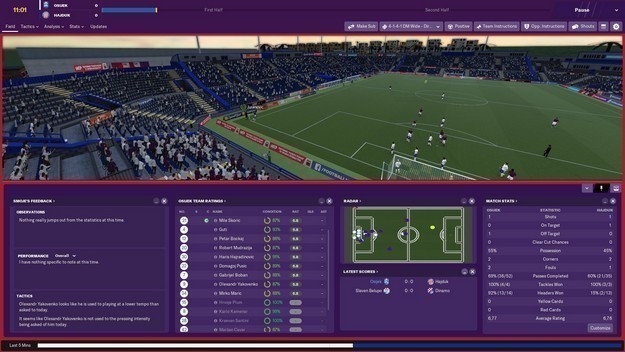 I started immediately with this "visual identity" because it is being promoted as a novelty, but I know it's not what people are playing for Football Manager. The good news is that two major changes have been introduced into the gameplay base this year, one of which is fundamental and thorough. Let's go first with this most important one - a completely new system for training has been introduced.

In the gameplay base this year, two significant changes have been introduced, one of which is fundamental and thorough.

In short, now for the entire working week you have three possible training sessions for which you can agree your training plan and program. When agreeing a schedule you can choose a far greater number of training categories, for example, what types of attacks will you train, whether in physical training you will be doing strength, speed, or endurance exercises, will you send players to join each other or charity work for the local community ... Each training regimen is clearly described and you will find out what intensity is and what The player's attributes should have an effect.

Getting training became an active element of gameplay. Of course, you can leave training to your assistants or the game itself, but then the plan will be general, and your soccer players will more often express their dissatisfaction with the training. With the new training schedule, it is now possible to match the training groups, and for each player individually you have the grade that he scored on a weekly basis during the training and can be praised or criticized based on it. Football Football Training has always been a completely secondary thing, so I'm pleasantly surprised that this year's edition managed to get me involved in this segment and gave me a more active role in the development of my football players.

I am pleasantly surprised that this year's manager managed to hire me in the training segment and give me a more active role in the development of football players.

Another important thing is a large redesign of tactical options in the game. You can now define your tactical ideas separately for defense, attack and transition from one to the other. This may not sound like an important change to the first, but for example, allows you to play cluttered in the defense and widespread in the attack; as was previously not feasible. 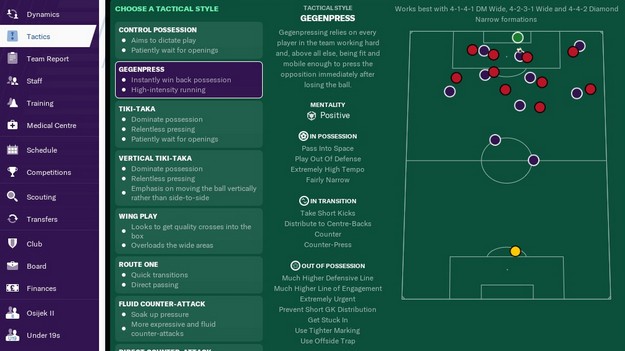 You can now set your tactical ideas separately for defense, attack, and transition from one to the other.

With this change, Football Manager 2019 has become a tactical jigsaw puzzle whose consumption is a real pleasure. In combination with a more advanced training system, players are basically a gameplay, gaining more freedom and the most significant extensions that the series has seen in recent years. In order to profit from these novelties you will need a bit of time to study the same, so the good news is that the FM 19 brings a new system of tutorials, induction. Induction works by step-by-step through a specific game segment, where most screens are "freezed" and you can only click on what the game requires of you. It's not exactly the happiest kind of tutorial, and it would be more convenient for some things to be explained in the form of a video within the game itself. 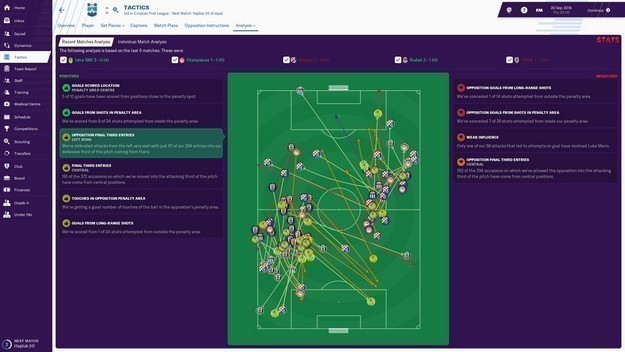 Other football manager updates 2019 are less relevant to the experience of the game itself and you may not even see them at all, depending on who you are playing with. It is fully licensed by the German Bundesliga, which is convenient, though not decisive, since unlicensed content is easily solved by user modifications. There is also a technology on the naked line and VAR technologies, which does not mean much because the judges in the game do not make mistakes, and even when they are wrong, then you can not do it at all. Now you can lead your team into a training camp, which only uses their ass to see the times. And in the English league you will have a winter break. The best little novelty is in fact that other managers in the first setup occasionally insert young players.

You will see some updates in this edition only in specific league matches.

The experience of playing this year was very pleasant to me, and so far I have not had demolitions like previous managers. This does not mean that there are none at all because I only played on one configuration, but it seems to me that the game is more stable than usual. There are minor bugs, from the situation that the game does not register the end of negotiations with the agent until the players are bothered because they are left out of the team when they are not allowed to play at all. In the field, as if there were more events, the balls are more often taken out of the net, and the cards are from the pocket, but maybe it's just me. 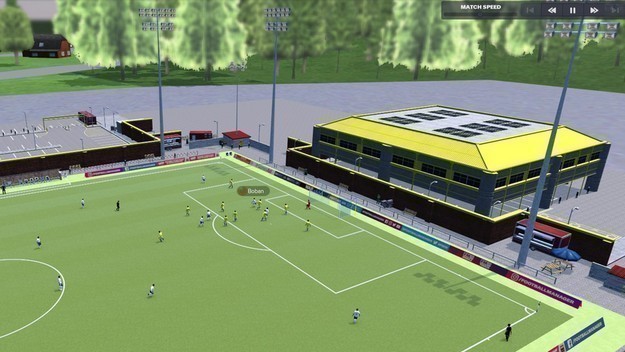 Segments of gameplay such as tactics, training, transfers and team dynamics have been brought to the level that other games of this type will not reach for a long time. It's already high time for the Manager to modernize in terms of interaction and presentation.

the game isnt my type

i see nothing wrong with this one. not my type of game, but that doesn't make the article less good :D

Same thing as son_soda. Great article but I never play games like this.

Although I am not a big fan of this type of games, I must admit that I am surprised by its great customization and gameplay, perhaps it will give you a chance when it is on sale.