Dissidia Final Fantasy after two handheld titles and adventures on arcade machines comes to the home console and increases the chaos of fighting three against three. The question is, do you like chaos?

Dissidia Final Fantasy NT is the third part of the crossover fight between the characters from the Final Fantasy world. Initially available at arcade machines in Japan to eventually be transferred to PlayStation 4, it is a 3D martial arts game where the characters are three against three, unlike the predecessors where the fighting took place one at a time. Knowing the previous parts is not required because the story is independent. There are currently 28 characters available, but DLC extensions are expected in the future.

Crossover projects involving mixing characters of characters of different games / media into a "bubble" are certainly very appealing to video game publishers. I already see the euphoria in style: "The characters from the universe A love five million people, and those from Universe B are seven million people, if we make AxB project we will sell it in 12 million copies!"

If we exclude Kingdom Hearts, crossovers generally belong to the field of martial games (Marvel vs Capcom, Smash Bros.). Given that in such games the players have the opportunity to inflict physical damage on the bad characters, it is clear where the attractiveness of them is. I am also one of the players with such an idea attractive, so I was glad that I would be able to outline Squall's voluptuous faces with the help of Kefka in the new Dissidia game. 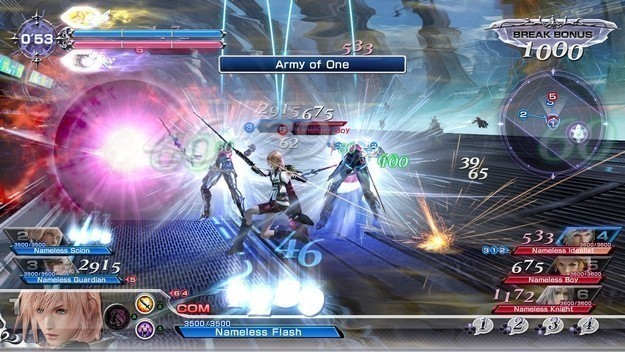 The new Dissidia shifted the focus from a two-character battle to a much more complex performance of three against three.

Fortunately, there is also a more fun way to fight with Bravery and HP attacks. Each fighter receives a certain amount of "courage" at the start, and during the execution of the Bravery stroke, the attacker is filled with a bravery bar, and the recipient of the shots decreases. Once we get enough courage, we can also perform an HP attack that at that time takes the opponent's health as much as we have Bravery. 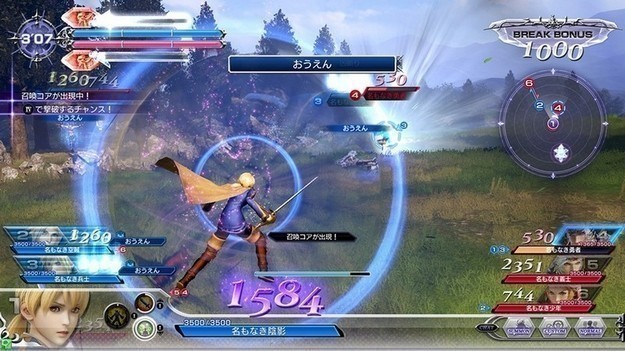 However, here it is necessary to be extremely cautious, since after performing HP attacks, you stay temporarily with the Bravery Bar at zero, and you are quite open to attacking your opponent. In addition, there are various EX attacks that we open by leveling characters, the possibility of invocation that will carry out a huge attack on the entire field and by the way increase the statistics of our colleagues and countless other mechanics such as dodging, controlling the space.

Unfortunately, here we come to the first problems because the tutorial system is pretty badly done and will not prepare you to truly enter the full depth of the fight. Most of the things I learned actually came in a special reviewer manual and probably a good deal of that I would not even know that I did not have this manual. 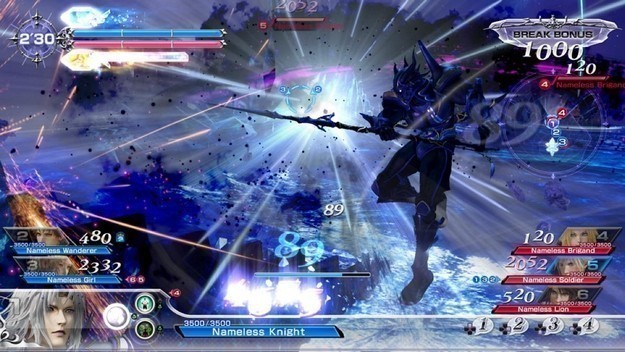 In addition, all the complexity and possibilities of fighting fall into the water when you have a pretty badly controlled camera. The locking system on one fighter was blatantly blatant, since I spent most of the time in the whole chaos wondering which character I actually attack. Especially a strange feeling when you lock an eye on an opponent, he jumps, the camera looks at you in the sky while another opponent bows below you like kebab meat.

The camera lock system on one fighter was mildly spoiled.

The likes of 28 are from all major parts of the Final Fantasy franchise, and can be divided into four groups: the Vanguard Physical Fighters, the fast-paced Assassin, the Marksmens attacking distance missiles, and the Specialists who can change forms. The fighters look pretty good and for some older characters used original concepts to embody the 3D model, which will be a big plus for the fans of the series. 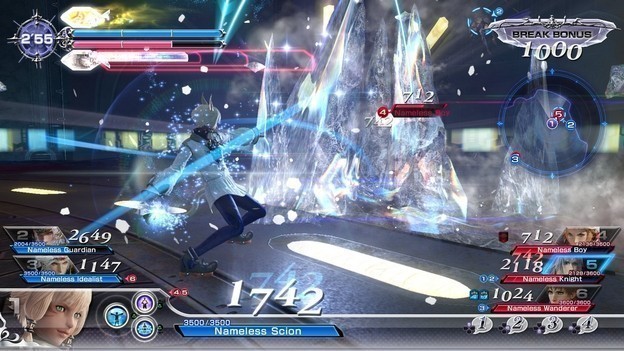 The rest of the technical part is not for any praise, nor for criticism. It is evident that the folders were done in a much lower resolution, probably because of the maintenance of performance due to the chaotic amount of motion and effects on the screen. Fortunately, music and vocal acting are in place, and they are greatly enhanced by the impression, especially if you take Japanese voices.

It is evident that the folders were done in a much lower resolution, probably because of the maintenance of performance due to the chaotic amount of motion and effects on the screen.

The content did not exactly offer something unseen - there are standard arcade fighting, network multiplayer, tutorial, various add-ons that open up the virtual currency and "Story" mode. Story mode is under quotation marks because it is actually just a set of animations and a couple of battles that we open by collecting Memoria tokens in other battles. This is anti-smoker, since you open an animation, look at it, return to the standard fight, fight for half an hour to earn a new token, look at the new animation and again in the circle. 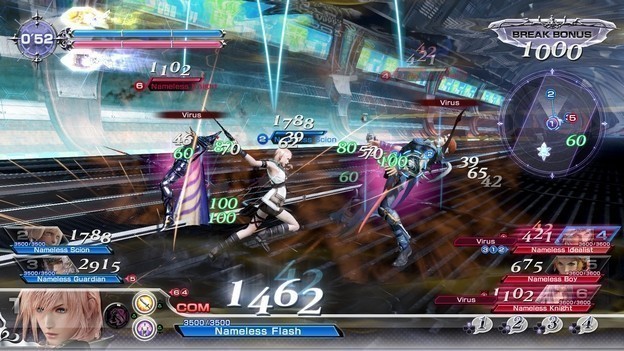 Worst of all, the content of the story is not so interesting to cause you to suffer at all. The story revolves around the standard struggle of good and evil, or the goddess of Matter and Spiritus, and apart from a couple of funny scenes, the interaction between characters will not bring you anything even if you are a fan of Final Fantasy.

Your skill can be tested only in online battles, because there is no local multiplayer, so we are condemned to exchange blows against players where besides the camera, you will now experience a bit of a bad network code. In addition, lobbies are quite empty, so happy to find experienced fighters instead of a fairly lightweight AI fight.

NT in the name of the game is an abbreviation for New Tale, but this is certainly not a story I will preach for a long time. Excellent elements of the fight did not come to my mind due to the pretty badly done camera system and the locking of the opponents, and new players will not help even a centrally made tutorial. All this, with the absence of some of the more important modes like local multiplayer, and the mediocre of those who have even come, make Dissidia Final Fantasy NT one of the few Final Fantasy parts I will rarely remember.

looks pretty decent for me. I give it a thumb-up

Change of way of attacking