The ability to turn back time is used in several stories, novels, and such. An example of which is an eroge entitled “Chrono Clock.” Chrono Clock is developed and published by Purple Software in Japan and is then published by Sekai Project and Denpasoft for English readers two years later. Our protagonist here is a teenage boy who owns a watch that can turn back time five minutes from the present. It is up to him how he would use such a limited power.

The story of Chrono Clock is a story that has been used by many writers already, except that they added a twist: to turn back time five minutes from the present ONLY. The protagonist cannot turn back time further from that or less than that; it has to be exactly and strictly five minutes only. The difference between the story of Chrono Clock and other eroge is that Chrono Clock’s story is based on the heroine you choose. Other eroge are simply the same story but with different heroines and postgames, but not Chrono Clock. Also, the postgame of Chrono Clock is not really a postgame, but an epilogue, and that makes the story even different from other eroge. It is also worth noting that the “time powers” of the protagonist were not really that important at the main storyline, proving that the love that sprouted between the characters is true and pure, not from cheating by usage of magic. For me, every route has been polished to shiny diamonds, with a few exceptions: 1 route is not, another route is not really a route; it’s just like a sample, and one route is very heavy on feelings at the middle then at the end the feels just disappeared because I feel contented already. Another reason for the -1 is that some routes raised more questions when it ended and the game’s story did not answer it. Overall, Chrono Clock’s story is definitely one of the best narratives I have seen. I cried, I laughed; I was moved by the whole story of Chrono Clock. For me, this is Chrono Clock’s strongest point.

There are a total of 6 heroines in this game, but it is required to finish the first four heroines first to unlock another heroine and then finally unlock the last route. Chrono Clock’s heroines are a mixture of old character trait styles and new character trait styles. One heroine is a maid from a foreign country which is an otaku, one is your blind little sister (which is really mainstream for eroge, except for the blindness), but she is quite different from other little sisters because she is like a mother figure or an older sister, one is a daughter of a Yakuza (this is not really a spoiler, since it is introduced quite early), one is a generic tsundere archetype, one is a goddess, and the last one is a junior of the protagonist; the reason why the story of Chrono Clock exists (you will know while reading the common route.) Some heroine’s personalities are really different from generic eroge, but some (I’m looking at you, tsundere archetype) looks like recycled personalities from past writings. The character development is also done well, since the main story really depends on which heroine you pick. Artstyle of all the characters, not just the heroines, are also good. Overall, the characters are of different varieties and they are quite memorable even if you read more eroge.

There is nothing special about the gameplay, it’s the same as nearly any eroge. It includes gestures, but many eroge also have that feature. There is a row of buttons at the top of the page for function access, in case you don’t know the hotkeys. Also, it’s worth noting that the R18 scenes of the game are not required to have full knowledge of the heroine’s routes because the R18 scenes are just extras, so the story will not be interrupted by sudden R18 scenes. There are no 3D scenes in Chrono Clock, but i think it can still be on par with the eroge of the present times, which has 3D scenes.

The UI of the game is good. You can “unlock” the text box so if a certain character is speaking, the box will be near the character instead of being at the bottom of the game at all times, and that is quite engaging to read for me. The only problem here is the interface of the settings; I do not quite like it. Other than that, all is good about the UI/Interface.

The background music of the game is always fit for the scene. They have good tracks for every scene in every route. The “heroine background music” for each heroine also fits the personalities of the heroines. The voices of the characters are not the best, but it adds to the atmosphere of the scenes. There have been problems where some english words of one heroine were not really heard very much but overall, the sounds/voices of the eroge are still good.

The characters, the environment, and the CGs were all done well, especially the CGs. Cute characters are cute, beautiful characters are beautiful. The expressions of characters also change mid-sentence, good job Purple Soft. The CGs do not move, but they feel like they have life, most probably because the CGs fit the scenes well.

Chrono Clock is, by far, the eroge that has made me cry the most. This is the eroge that had me really engrossed in the story, and because of that, this is also my first and my only eroge that I have finished so far. The routes were not long but they are full of different flavors fit for a king. All the heroines are lovable, so no route feels like it is the “real” route. Even with the existence of things that I do not really like that much, it still feels like a very memorable and good experience to read it. Chrono Clock is a hidden gem in the Eroge world. I can recommend it to anyone, especially those people who like time-turning powers.

Buy the All-ages Version on Steam!

Buy the R18 Version on Denpasoft! 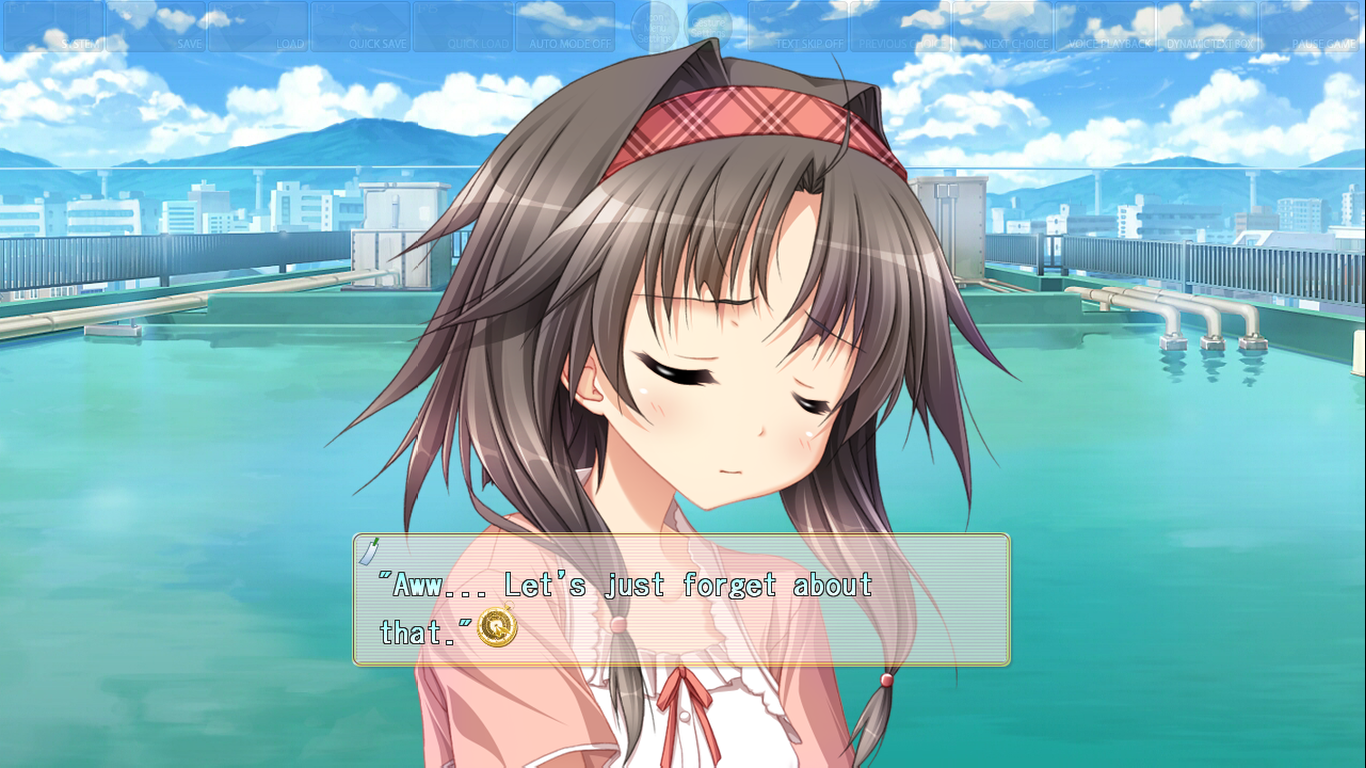 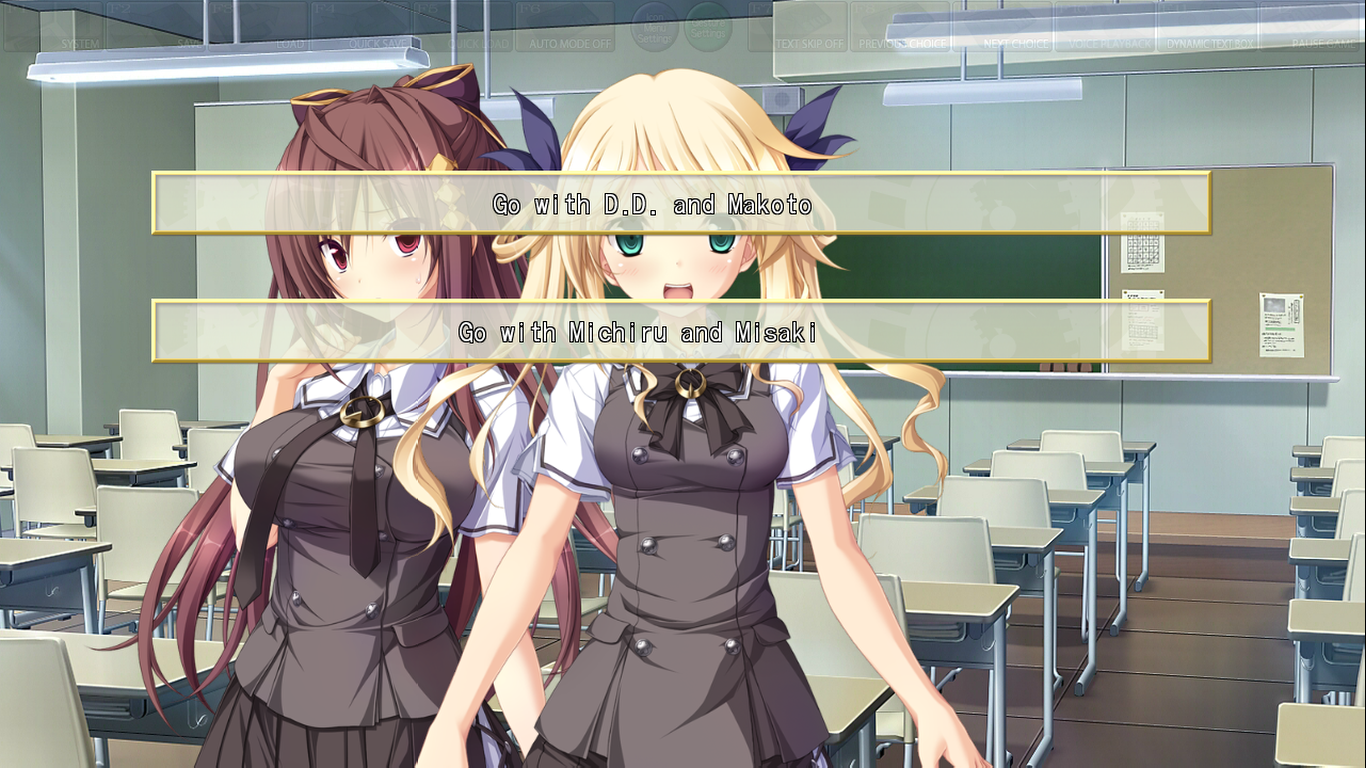 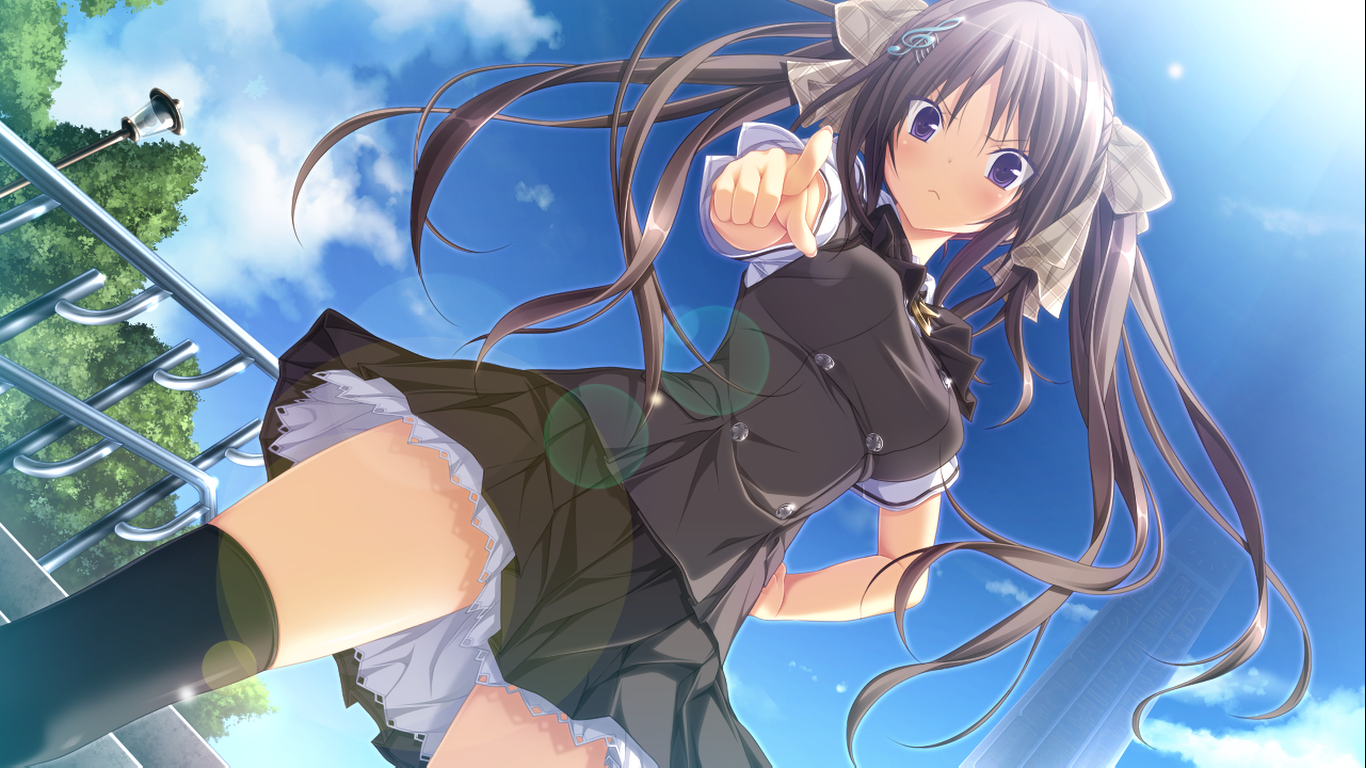 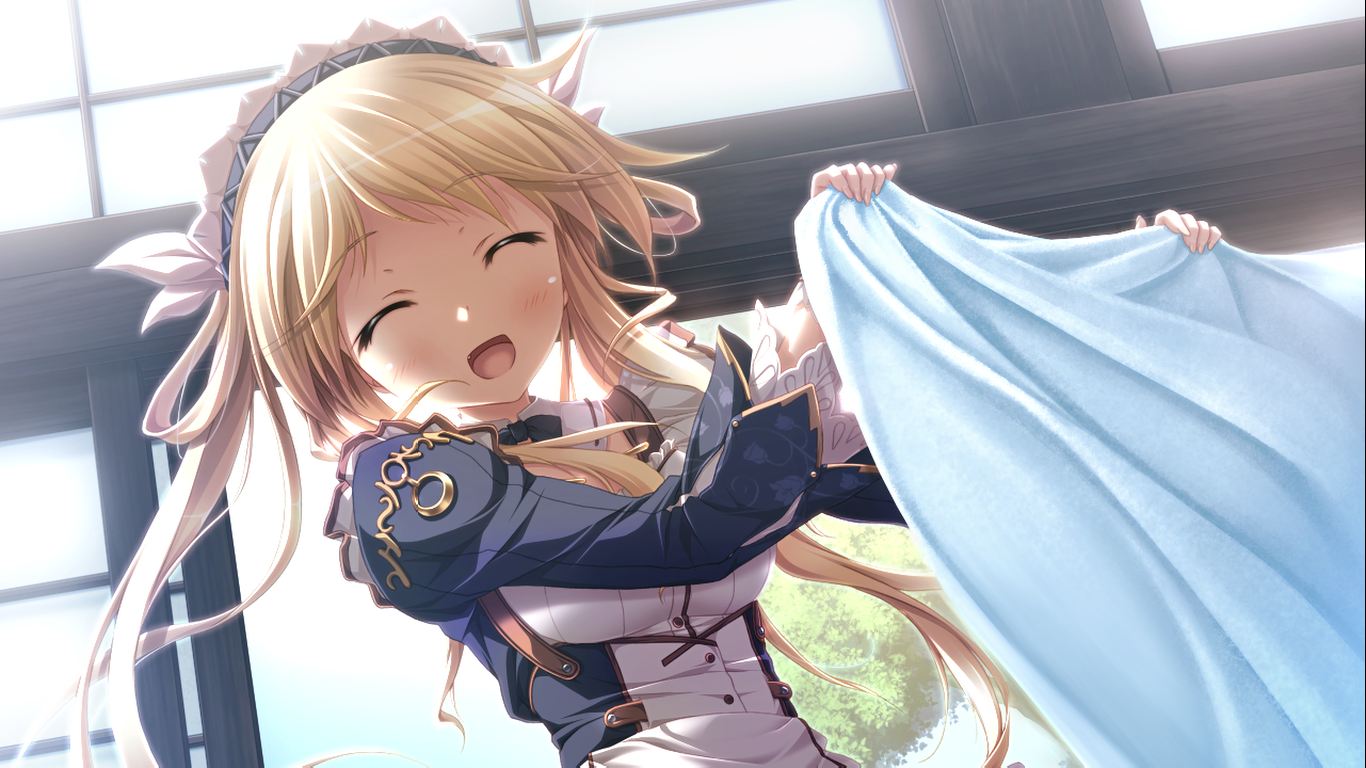 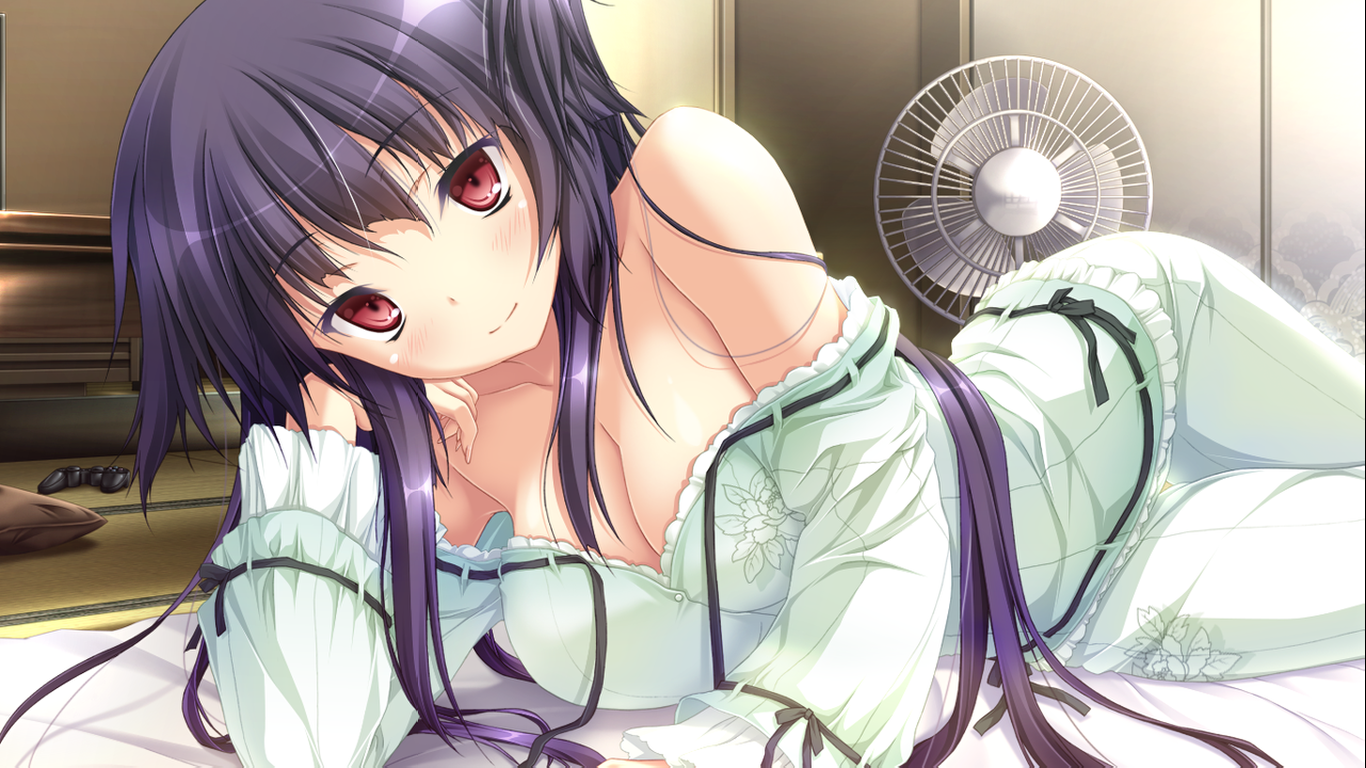 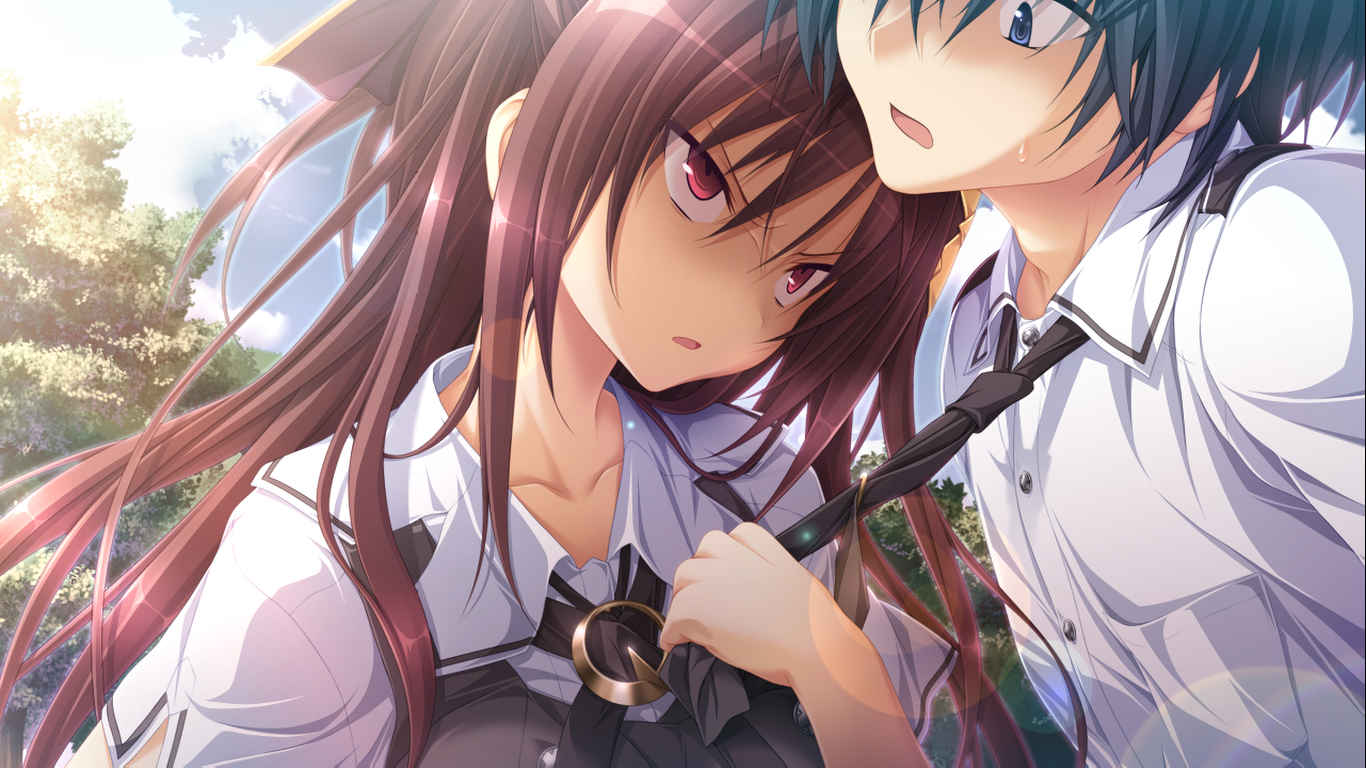 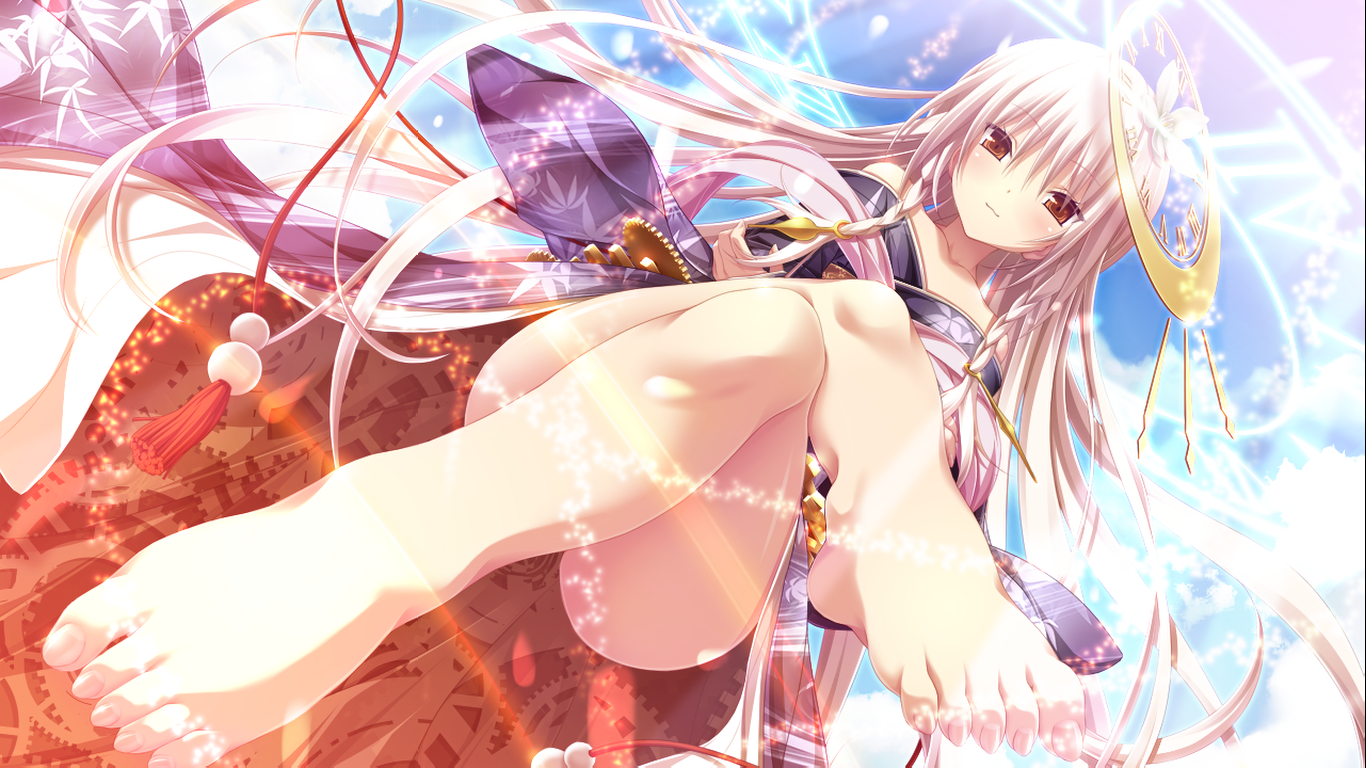 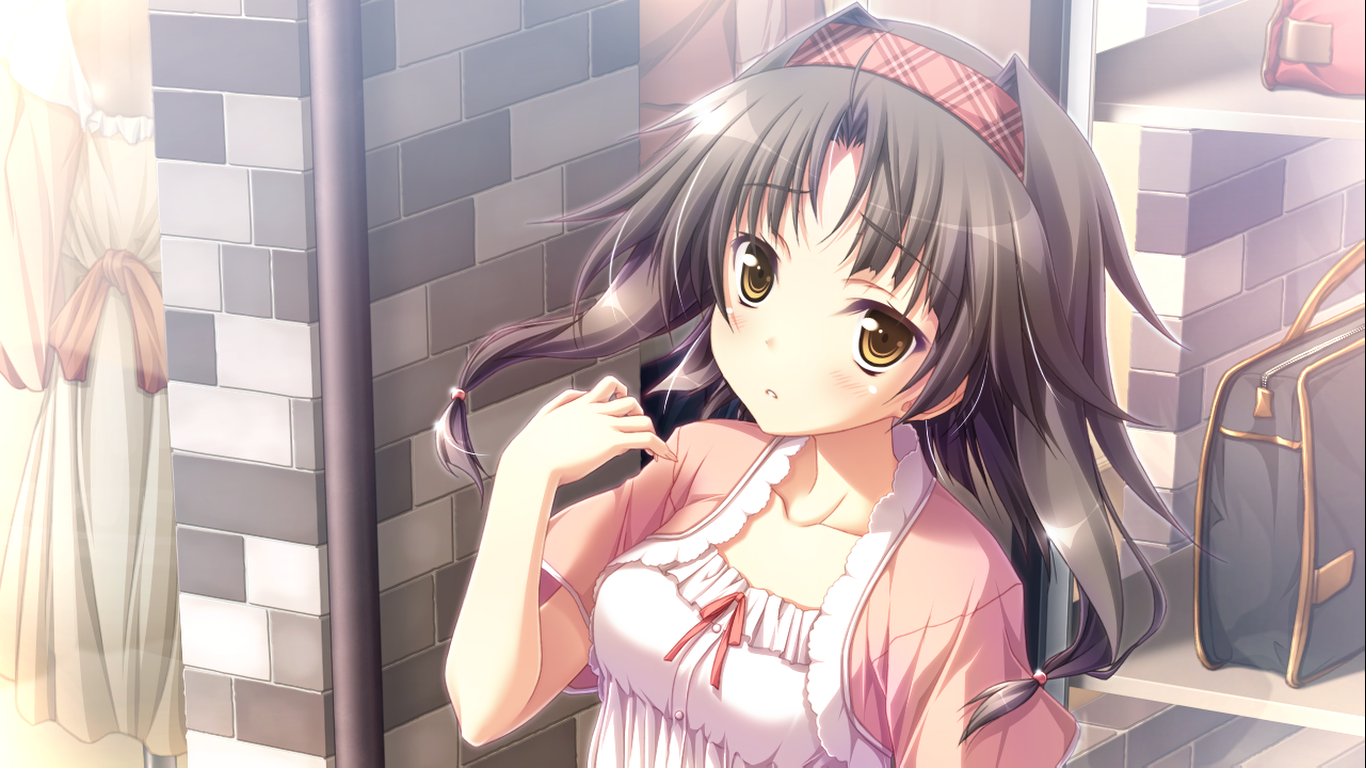 Keep up the good work.

hello, I love games and this is the site I can play the games because I LOVE GAMES #gamesforlife