V is the 3rd new playable character in Devil May Cry 5. He was acted by Owen Hamze. He has the ability to summon demons. He uses these demons to fight against his enemies. There is no history about this character and his origin in the previous Devil May Cry games. It's the first time since he has been introduced to the series. He's also known as "The Mysterious One".
In my previous article, I wrote only a bit about this character. There were not  to many details. Now I'm here again, writing more what I've managed to crack down about V and his specialities. 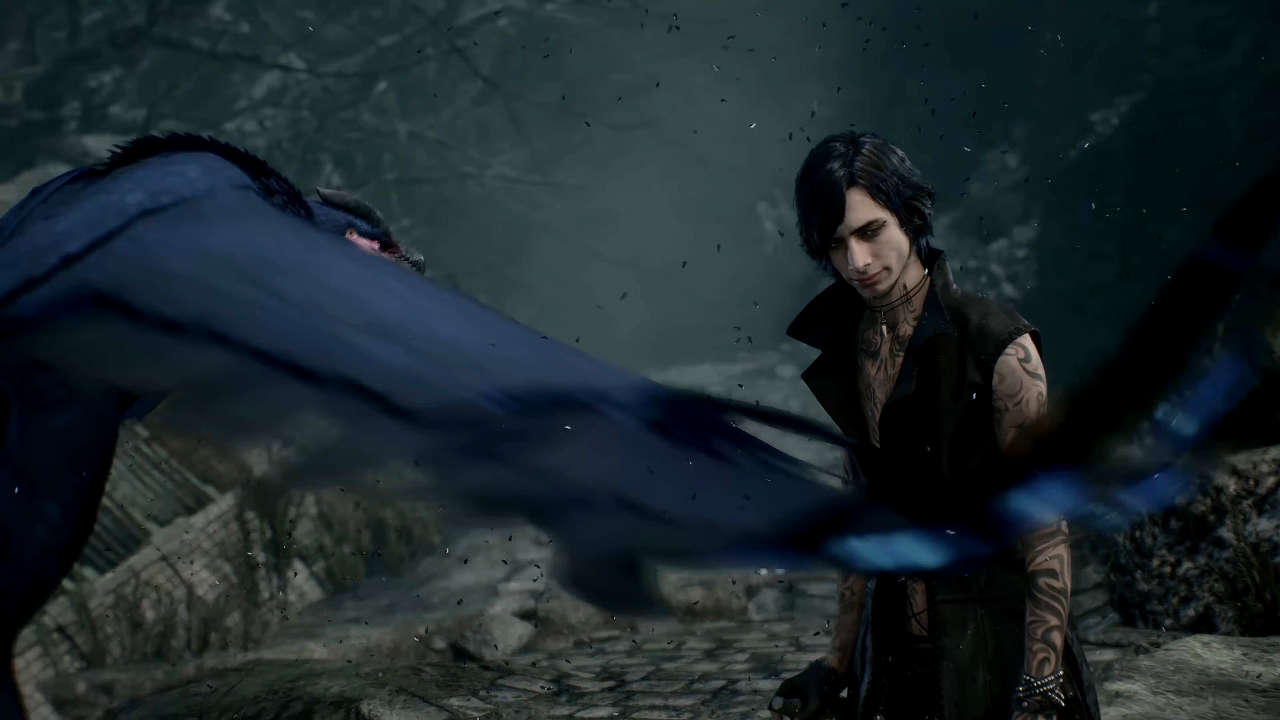 The most eye-catching thing about V is his calm face. He's very cool minded and has a dry sense of humor. He introduced himself by quoting William Blake's Infant Joy, "I have no name, I am but two days old... Just kidding. You can call me V". It seems like V loves poetry very much. He has a book covered by a roman sign "V" which contain the poems of William Blake. In his last trailer, he was going to stab Dante's face with the Sparda Sword. Since we don't yet know what his purpose was and what led him to do that, it's really hard to define his personality.

In terms of combat, V has a very unique way to fight. Unlike Dante and Nero, his fighting style is completely different. Practically, his combat potential is nonexistent. He relies on his demons to fight his enemies. He has a total of three demons that he can summon. Shadow, Griffon and Nightmare. Shadow is a panther-like beast that he uses for close combat. Griffon is a bird-like demon that he uses for ranged attacks and it's the only demon he has that can speak in human language. Lastly, Nightmare, a big mass of brute force that can bring massive destruction to his enemies. Summoning it consumes most of his devil trigger gauge since it's the most powerful demon he possesses. Basically, he uses it for killing strong foes and bosses. Once these demons lay on enough damage, it's up to V to put his enemies to rest with his silver cane. He also uses his book of poems during battles as he reads from it. It helps him to fill his power gauge faster. The developers of Devil May Cry 5 have written in a famous Japanese magazine called Famitsu, confirming that V is not as strong as Dante & Nero and playing with this character is somehow tricky. But once you get used to it, it'll be a very fun experience. 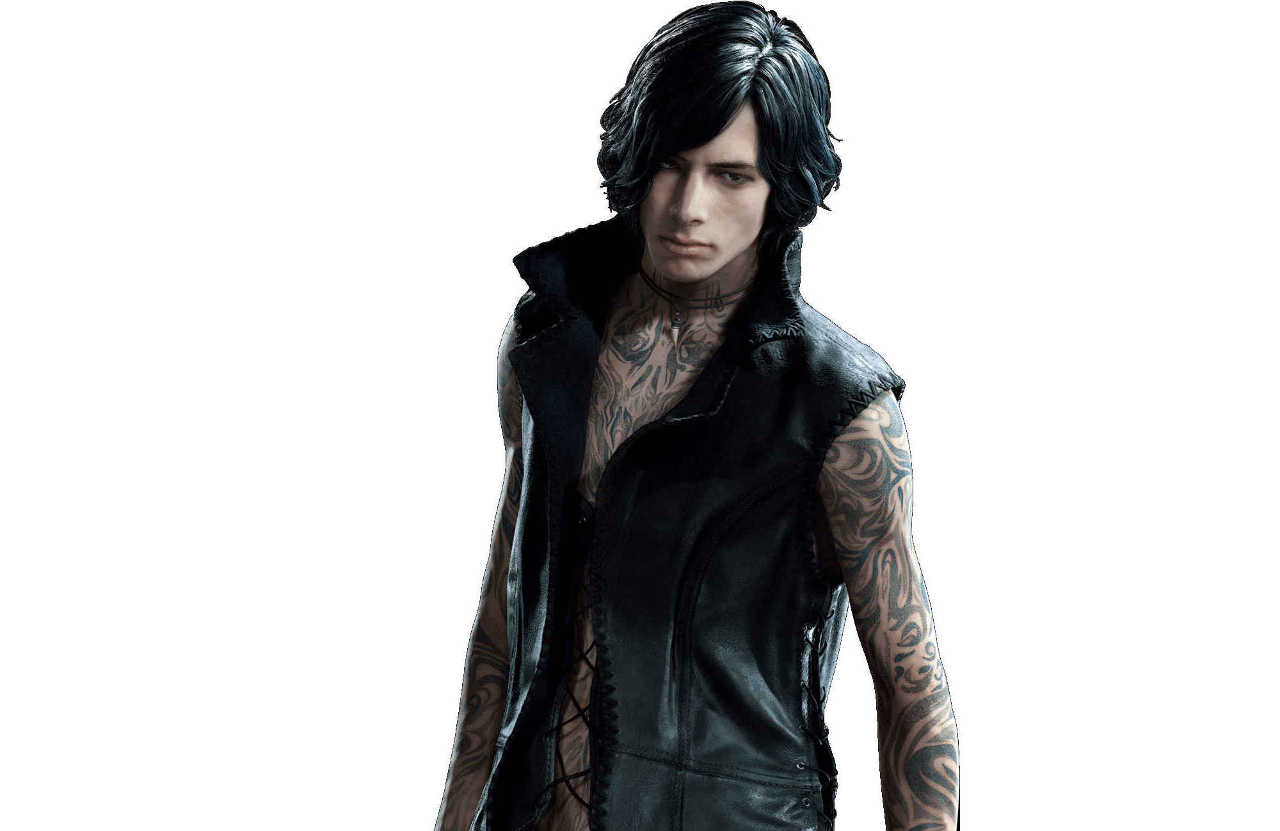 The most interesting thing about V is his tattoos. We already know how he summons his demons. But the question is, what's the point of these tattoos and where did he get them? Most of the people may not have realized that when he summons his demons, some of his tattoos start to dissolve. It's because he stores the demons in his skin as tattoos. When he tries to summon them, the corresponding tattoo for each demon will disappear from his body. Well, this is the secret behind his tattoos and this is how he got these.

Judging by the E3 trailer, there's a scene where V's hair turns into white by simply snapping his fingers. Many of us thought it was his devil trigger that turns his hair into white. Actually, it's not how it looks. V doesn't have black hair, it's pure white. The black ink which was used to create his tattoos, are just covering his white hair. Summoning Nightmare requires most of his power. So when he summons Nightmare, all these black inks from his body will start to disappear. As a result, his white hair starts to become visible. It's just like his tattoos. But, there is a catch, both Shadow & Griffon has their own power gauge where Nightmare doesn't. When V summons Nightmare, it uses his devil trigger gauge. So, it's pretty much clear to us that it could be his devil trigger.

V surely is a unique character without any doubt. He has earned a good spot in the franchise. I can't wait any longer for this game to come out. I hope Capcom won't disappoint us.
Devil May Cry 5 will be released on 8 March, 2019.

one of the best graphics ever dante has more powers now

Cant wait to play this tho.

this game have good gameplay . and good story