Rate this article "Corpse Of Discovery"

Corpse Of Discovery A game of exploration from the perspective of the first person. The game will take you to the space where you accompany the game personality in a mission to discover life on more than one planet with large environments being generated procedurally (randomly but systematically) the game confuse the real with an imaginary where you look for a way to return to earth after the crash of your vehicle, but it presents a confusing story The manipulation of time and reality and the overlap of worlds and others, and even if the story started from a solid foundation and limited resources as usual independent developers prompted the developer to shorten a lot and not give the story the right to appear better, a great loss really considering what we can get from development teams working on the technical side Grounds without pressure, especially when we see that the end is strange and incomprehensible and the need for greater clarification.
The game will put you on more than one planet with a different task each time, for example searching for a group of undiscovered objects, or strange sources of signals. Unfortunately, the game falls very quickly in a very large frequency with its total dependence on mobility from point A to point B and point B After the completion of these similar tasks, you are moving to the other planet to get a different task but in the same way, the tasks are spaced and your legs are the only way to move, and you can jump either to speed up a bit or to reach high places, and with some tasks in high places you will spend a lot and lots Of the time Jumping from place to place, and I can tell you that I spent much more time jumping than I did in walking, especially having jet propulsion that allows you to get off the ground a lot, unfortunately the control is very limited and limited to moving from place to place and developer He was bluntly referring to it and classifying his game as a "walking simulator", adding that it was not a game for everyone, and fully respected this choice.
************************************* 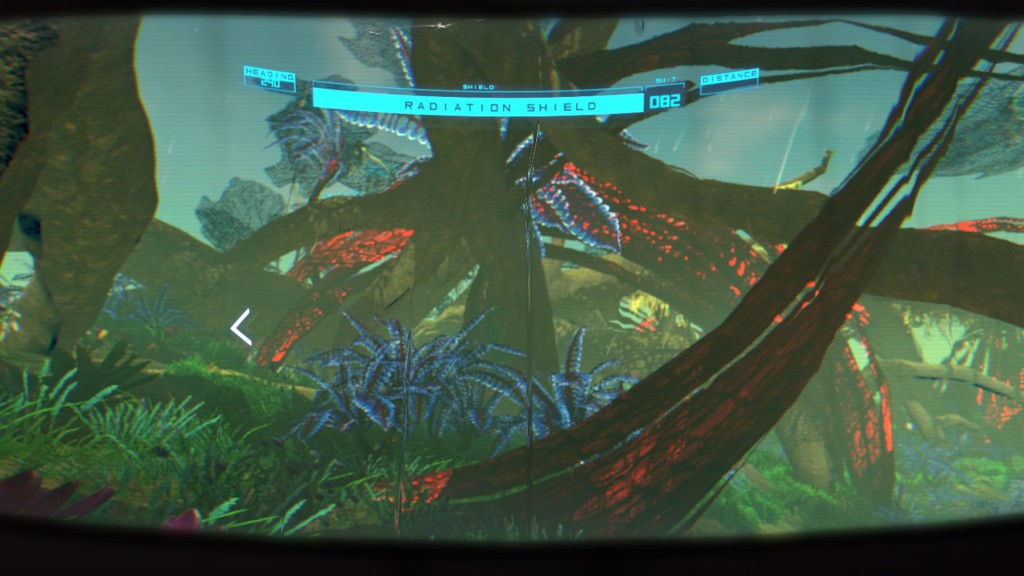 **************************
You do not have a clear map in the game. All you have to do is follow the signals in the environment that tells you where your mission is. You have to rely on what is like an advanced compass that shows the 3D environment of the game and shows the place to go before you get the signal You are going to the task carefully, and even if it is enough for the game depends entirely on exploration, repetition makes it boring, and could undoubtedly add some elements that add some challenge. If you wish to do so, you can go to the side signals away from the main task, which allows you to discover new objects, and for the honesty to repeat the same thing more than 4 times on the same planet. I was not interested in moving away from the task and searching for something, in addition to being able to jump and fall. Quietly by gravity.

The technical direction in the game is beautiful, and each planet has a different environment and a different threat to the life of the player, for example one has strong radiation will cause your death if you stay away from the shadow for a long time, and one else has a volcanic environment and you jump between the platforms so as not to fall in the lava and so, These things do add a great challenge in fact, and the game is very easy. Graphically the game is very modest, artistic direction is the only thing that can make it acceptable, the colors are also dim so that the game loses part of its beauty, the bottom line is that the team made a great effort to make each planet different from humility and graphics mostly due to limited resources.
************************* 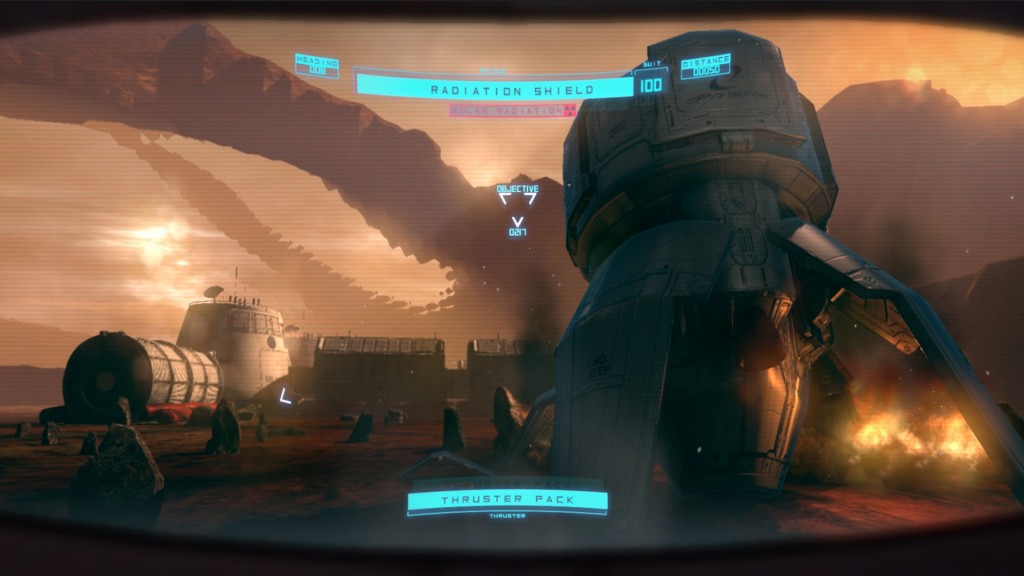 **********************
The game has an acceptable voice representation, your main character is silent, but you will receive calls from al-Qaeda on the ground, and will accompany you artificially with artificial intelligence, and even if you find it disturbing at first, listening to what it says becomes fun especially by exploring the world around you and the facts that tell you. The music in the game is quiet and I did not notice its presence except when I wanted to change some settings and stopped in my place for some seconds as I start by jumping immediately after running the game and it is a fact that does not escape from them. Unfortunately, if that means something, it may mean that the game is not characterized by its music without a doubt.

The game is short, almost two hours for those who want to finish tasks linearly, maybe an extra hour to get to the secondary tasks. There are no additional activities to do or reasons to get you back from the start. Doing so, and Corpse Of Discovery corrupting part of an anonymous exploration task with the repetition you experience at the task and play level.

Rate this article Corpse Of Discovery

The game will put you on more than one planet with a different task each time, for example searching for a group of undiscovered objects, or strange sources of signals

*** the graphics are so good