The Command and Conquer series can be known as one of the most popular video game series that challenge many of its audiences in the strategy style. In the conference of the EA Play 2018 event, Electronic Arts introduced Command and Conquer: Rivals. Some players show their happiness and some others were upset because they were hoping to see the new version of the game on PC or consoles. Now, after about 6 months, the game has been launched, and the question is, is the game worth to play and what is the audience's answer? 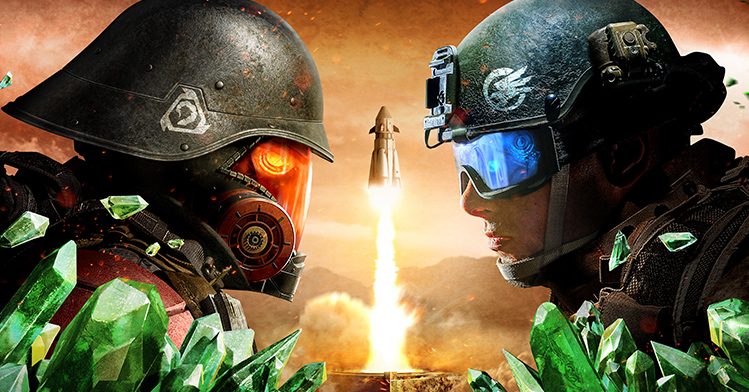 The game is a online strategy and competing game with card-decks, the game is only based on online playing and it has not story mode or solo mode Therefore, Gameplay is the most important factor in the game, and the EA Team would not be able to entertain users in the long-term, or even short-term, if they do not properly design this parameter. The game starts with three stages of training missions that you can be introduced to the game play However the lack of a single-player mode in the game for more training purpose is felt, for example you want to try a new strategy a single player mode would definitely help you to see the result of your strategy and it will help the players to plan many different strategies and fight professionally. You might think of a training field for these things I've said but I must mention that there is no training field here although these disadvantages that I've mentioned may not be a total fail because of these reasons we see epic and challenging battles in 1v1-mode. 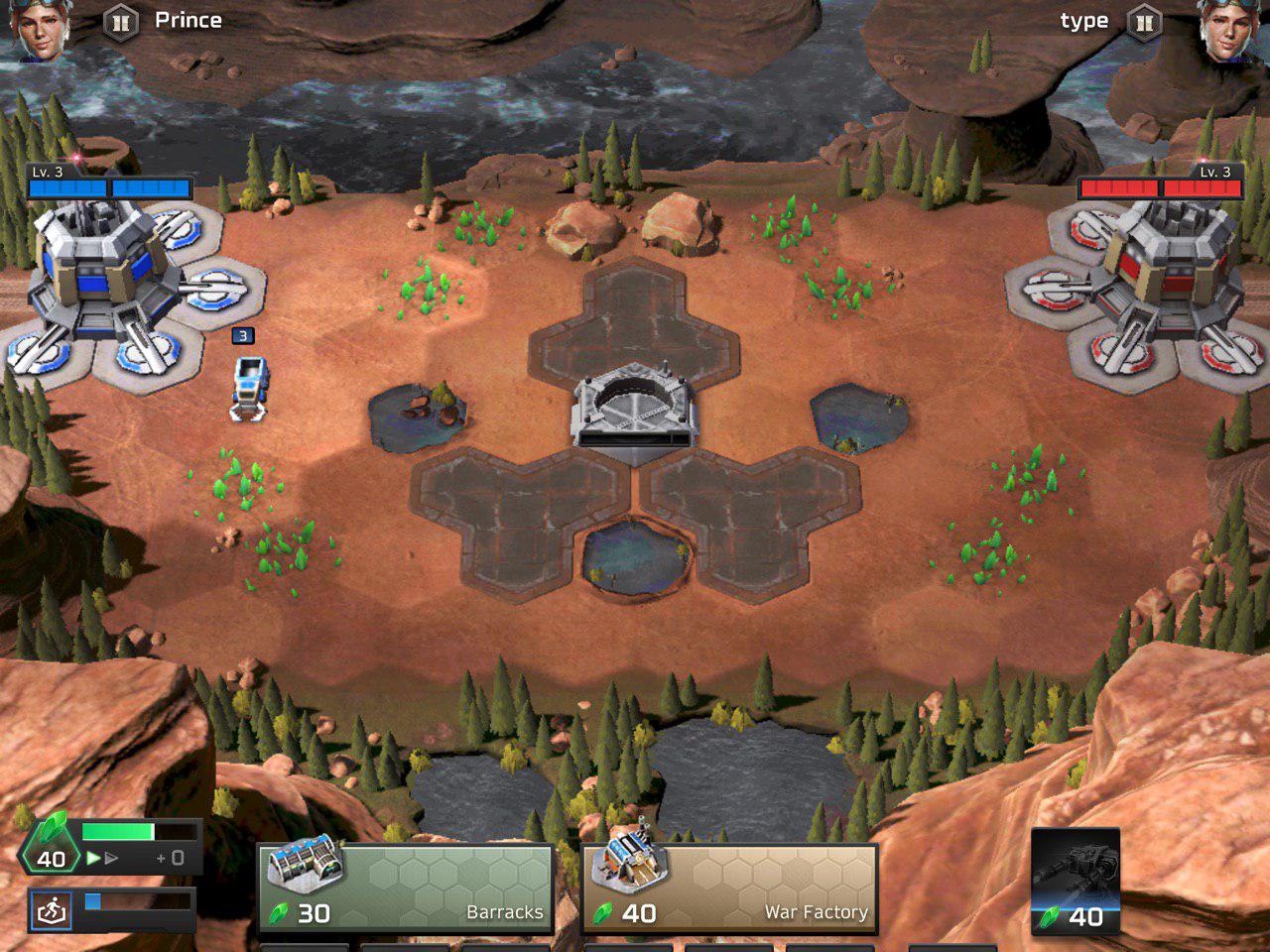 All the cards you can use are placed in the bottom of your screen and you can easily control your troops by touching them and select their destination, the map is like a chess plane (like civilization). In the middle a nuclear lunch station is placed and some special grounds for taking the control of the weapon, by capturing these areas with your troops you will get the control of the nuclear weapon and you can destroy the enemy base. 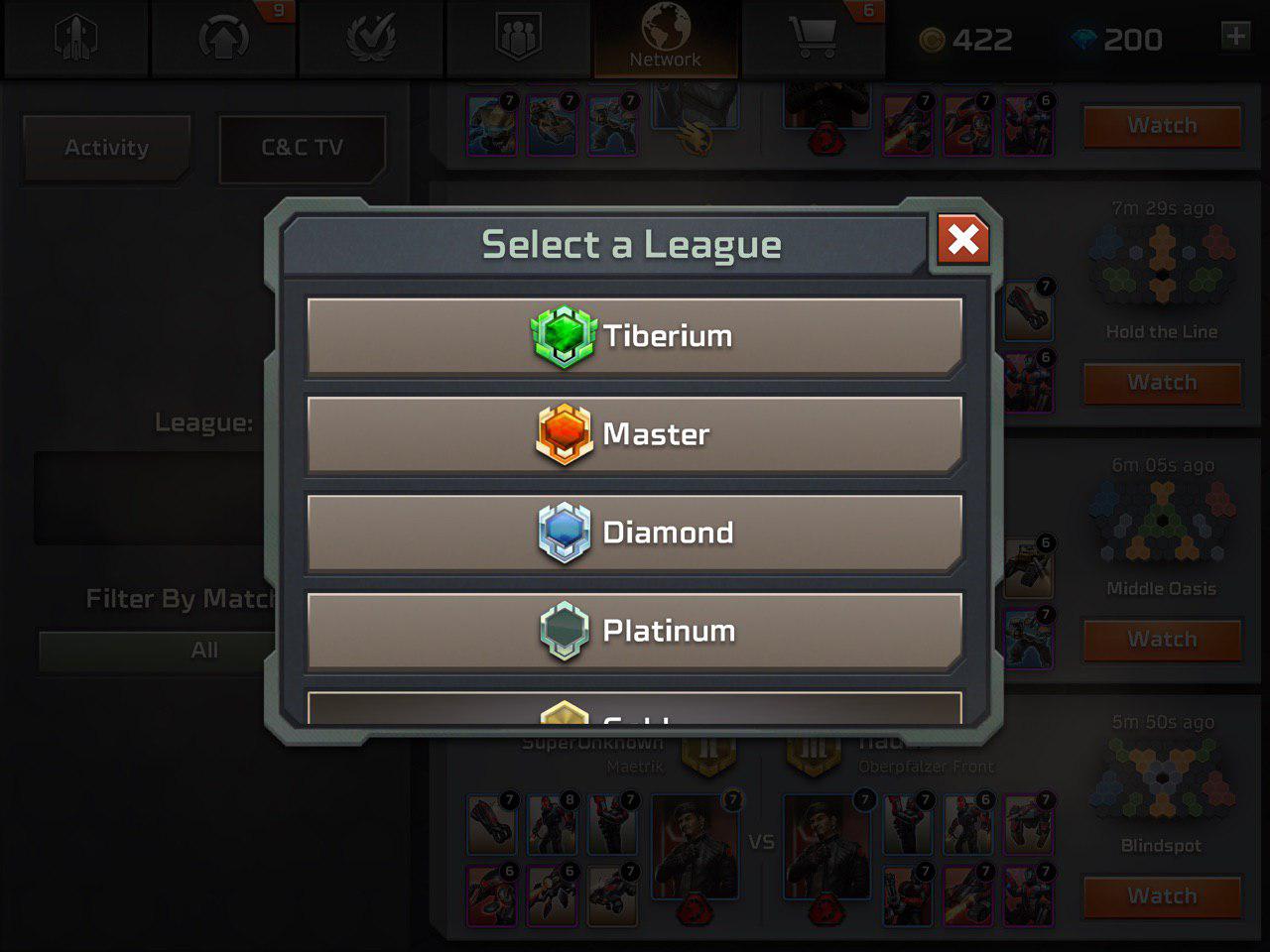 The game's Trophy system consists of 7 different leagues that the EA tried to shape them in line as one story, each league is a combination of sub Rank, I mean each league separates into numbers.

Like any other trophy systems each league will reward you for reaching to that rank and with this reward, like rare and epic cards, you can climb up to a higher rank. Let me clear this here, if you want highly strategic fights you should seek them in High-rank leagues, because it takes time to learn how to fight, the Low-rank leagues are full of the newbie players and the battles that you will make in low-rank leagues may not be fun and interesting.

Players can earn valuable cards by reaching each level and to make their team even more powerful or upgrade their troops. Also, if you fail, your rank score will be reduced, and you may fall to the lower leagues. The lack of a training or single player mode to get familiar with the game's atmosphere at this point will crush the player's trophy.

Matchmaking system of Command and Conquer: Rivals is designed to find you a game in the shortest time and reasonable network latency. Due to matchmaking policy the gamers in the high leagues play high ranks only. In the Command and Conquer: Rivals you can increase your rank in the league by defeating enemies in real time battles, as well as daily bonus are available for giving the players chances to advance, unlocking boxes with doing tasks will help you too. These boxes include troops cards and money that you can upgrade.

The Command and Conquer: Rivals problem starts from the point that each player at the beginning can spend Real money to buy special boxes, if you want to keep up as a non-pay-to-play player, you will face some enemies with incredibly powerful cards that can smash your cards on the battlefield. Players could use blue diamonds to buy these boxes, which can be bought with real money Also these diamonds can be converted into gold coins (in-game currency) so you can buy different cards from the game store and train your troops. Electronic Arts has only used your league for matchmaking that means You are facing players who are in the same league as you are. If EA, along with this league factor, would use the level of players, in-game payments and players' experience would be excellent, of course these would encourage non-pay-to-play players to join pay-to-pay players and make money for the company.

At first look, it can be concluded that in the process of playing number of rewards are available to non-pay-to-play players, but the problem is that high-value boxes give the pay-to-play players much powerful cards. Hence, first luck and second in-app payment play an important role in high leagues battles. Along with all of these, system for upgrading is that you to promote a card, three stage of training for a card with coin and then if you have enough cards of each troops you can upgrade it to the next level.

Command and Conquer: Rivals is a very fun game, but luck and in-app payments are involved in your success. 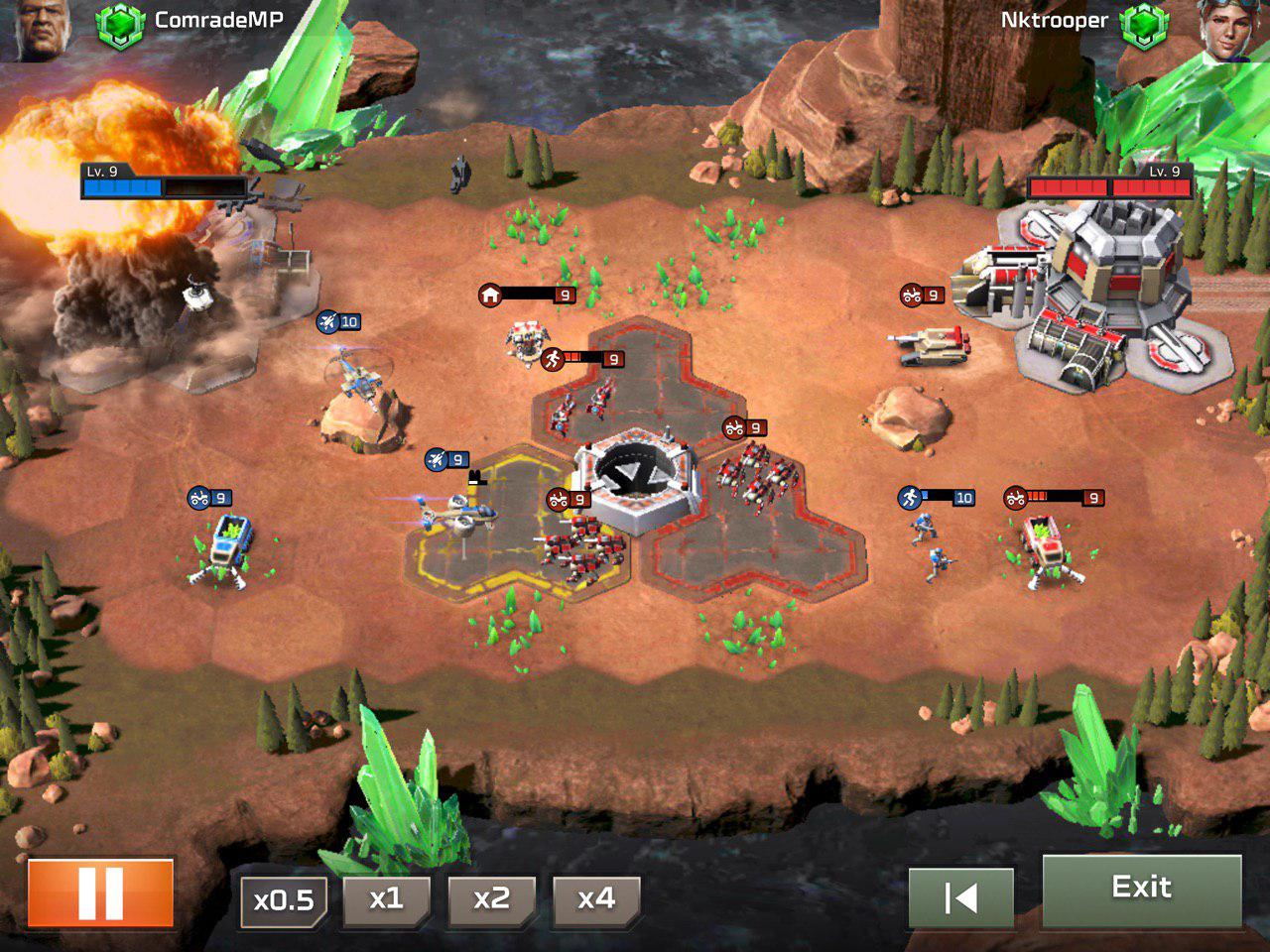 Speaking of design and graphics, the game Command and Conquer: Rivals have not much graphics and is a medium-quality game for mobile platforms. The design of cards and commands in both the GDI and Nod groups has been well accomplished and have a good variety. On the other hand, Electronic Arts has made various maps available to users through various leagues. If you want to fight others in newer environments, you should go to higher leagues. For example, some leagues located in the forest and others in the mountainous and desert.

Command and Conquer: Rivals on this point is doing well, Electronic Arts has used a variety of sound effects when using troops also during the battle, which has made the atmosphere of the game interesting.

Is it worth to play?

Yes, the game is entertaining, if you want to enjoy battles, not ranking up. Due to paying policy that I've said, sometimes you will get angry during the battle. be calm and learn how to counter each troop, that's when you start to enjoy the game. 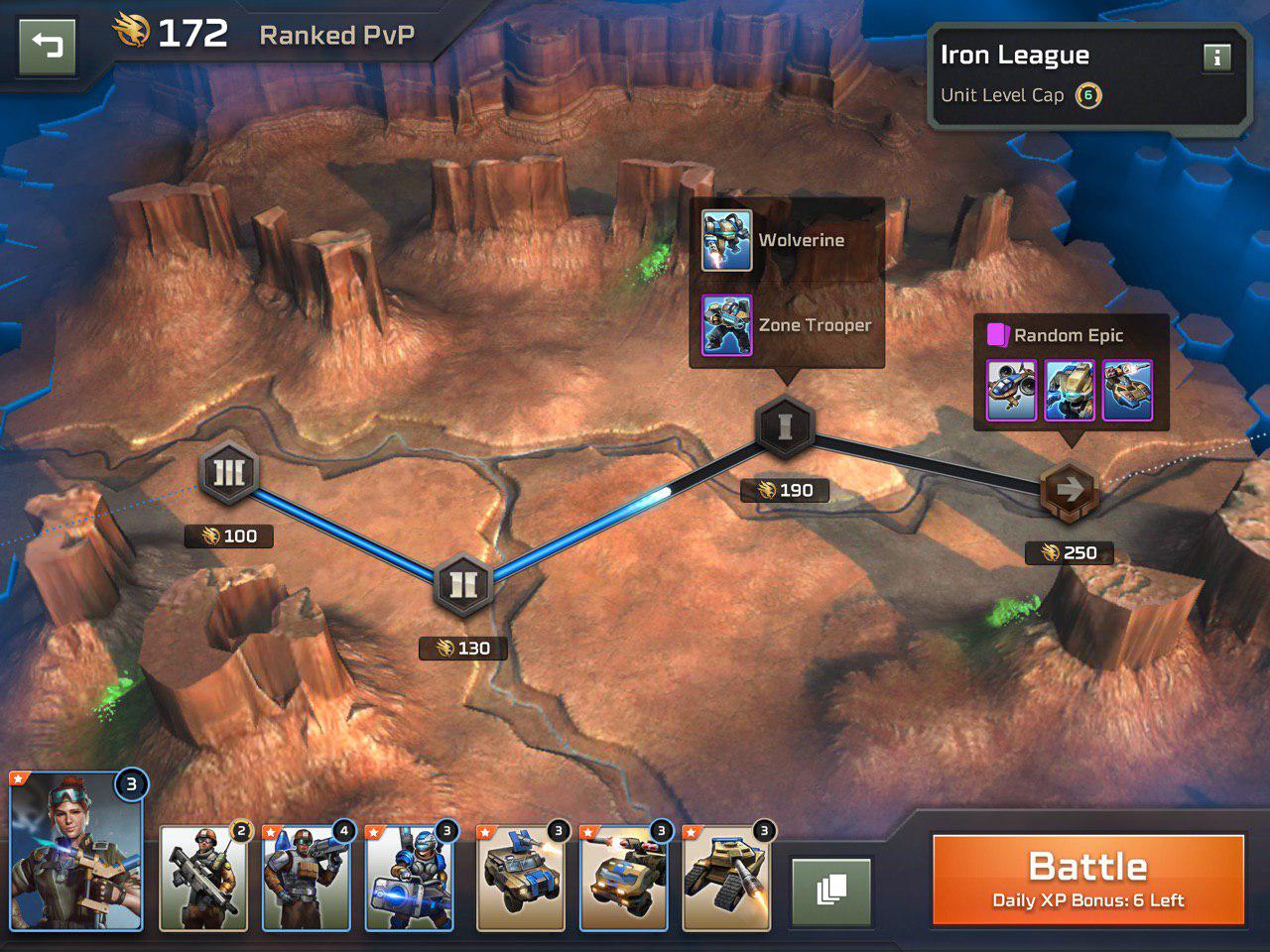 With all of these, the Command and Conquer: Rivals can be considered as an exciting game for Android and iPhone, which unfortunately in-game payments have some bad effects on the game experience of customers However players can also win battles without using in-app payments. anyway in-app payments were always changed the path of victory in most of the games we know. In my idea EA planning to start tournaments for this game like Clash Royale doing but we must wait and see what will come next.

Good job with the pictures

its fun to play this game

Too much pictures and text but it was worth reading!

Is this a tower defense game?