Besiege is a physics-based building game in which you construct medieval siege engines and lay waste to immense fortresses and peaceful hamlets. It's developed and published by Spiderling Studios.

Hello, fellow readers. This is my new review and today I'm gonna show you a beautiful, seriously beautiful builder game, Besiege. Before I start with anything, let me tell you what attracted me to this game. I was attracted by this game's uniqueness. 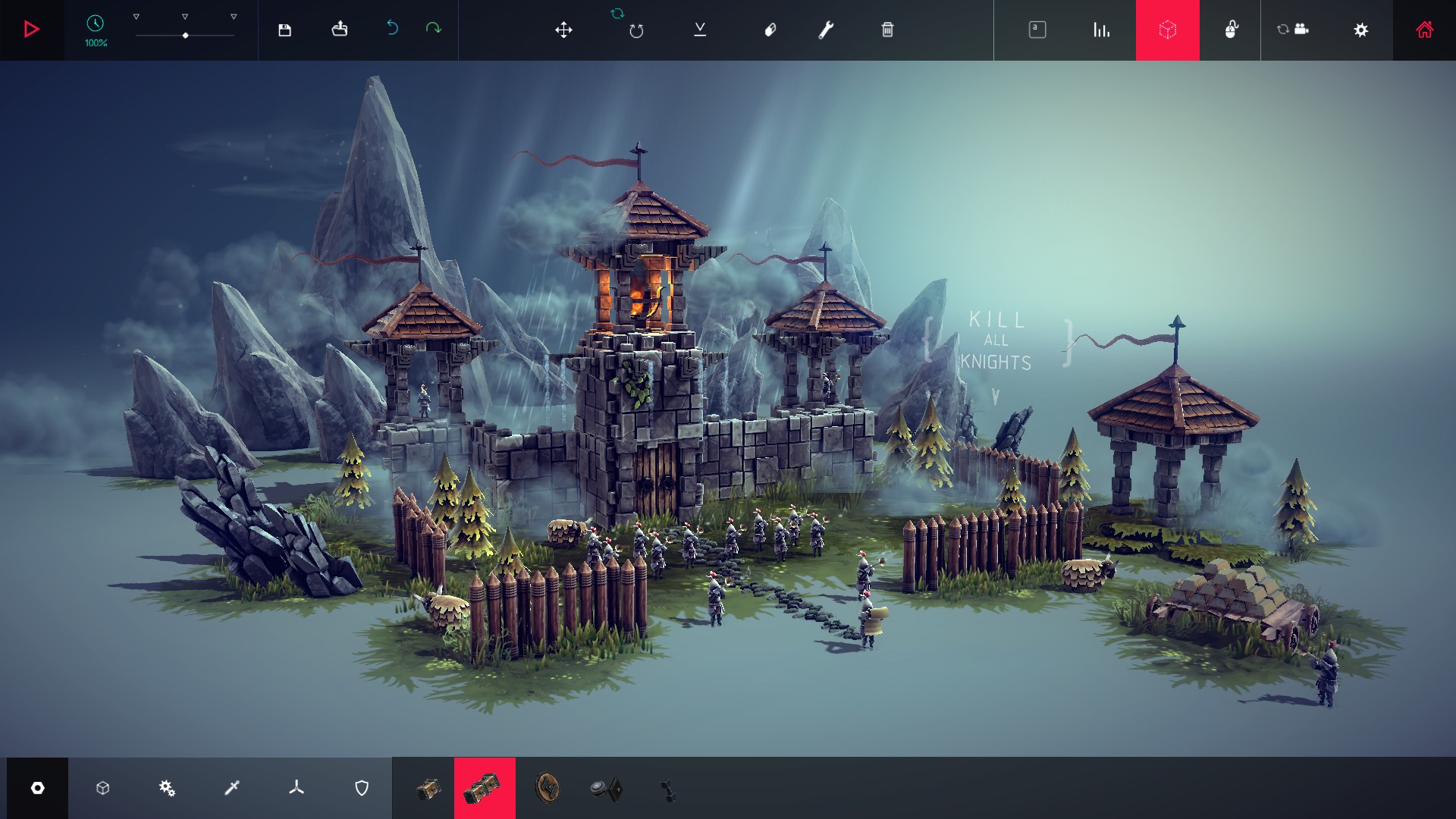 Shall we start with the gameplay?  Yeah, we shall start with the gameplay since it's the main point of this game, Besiege.
In Besiege, you can play an interesting campaign that will entertain you for a long time and even 'tho there are not a lot of levels each level has a replayability potential. Your character is equipped with infinite amounts of blocks and elements that are required for building. The main point in this game is objective completing and they usually require you to build a machine to complete it. This game requires your brain as you have to figure out how to make a contraption that will do this, that will do that and you'll be introduced only to the basics and core ideas. A mission of this game is split into two sections: Time-frozen build phase, and an action phase. During the build phase you can do whatever you want(it's usually a building) and during the action phase, you're gonna slaughter sheep, massacre enemy soldiers... The interesting thing is that you can swap between the phases. Even though it's pretty much hard, engineering in Besiege is beautiful. Take your block/elements or whatever, snap the blocks one on another like you're playing Lego and later feel free to wonder how you spent so much time playing. 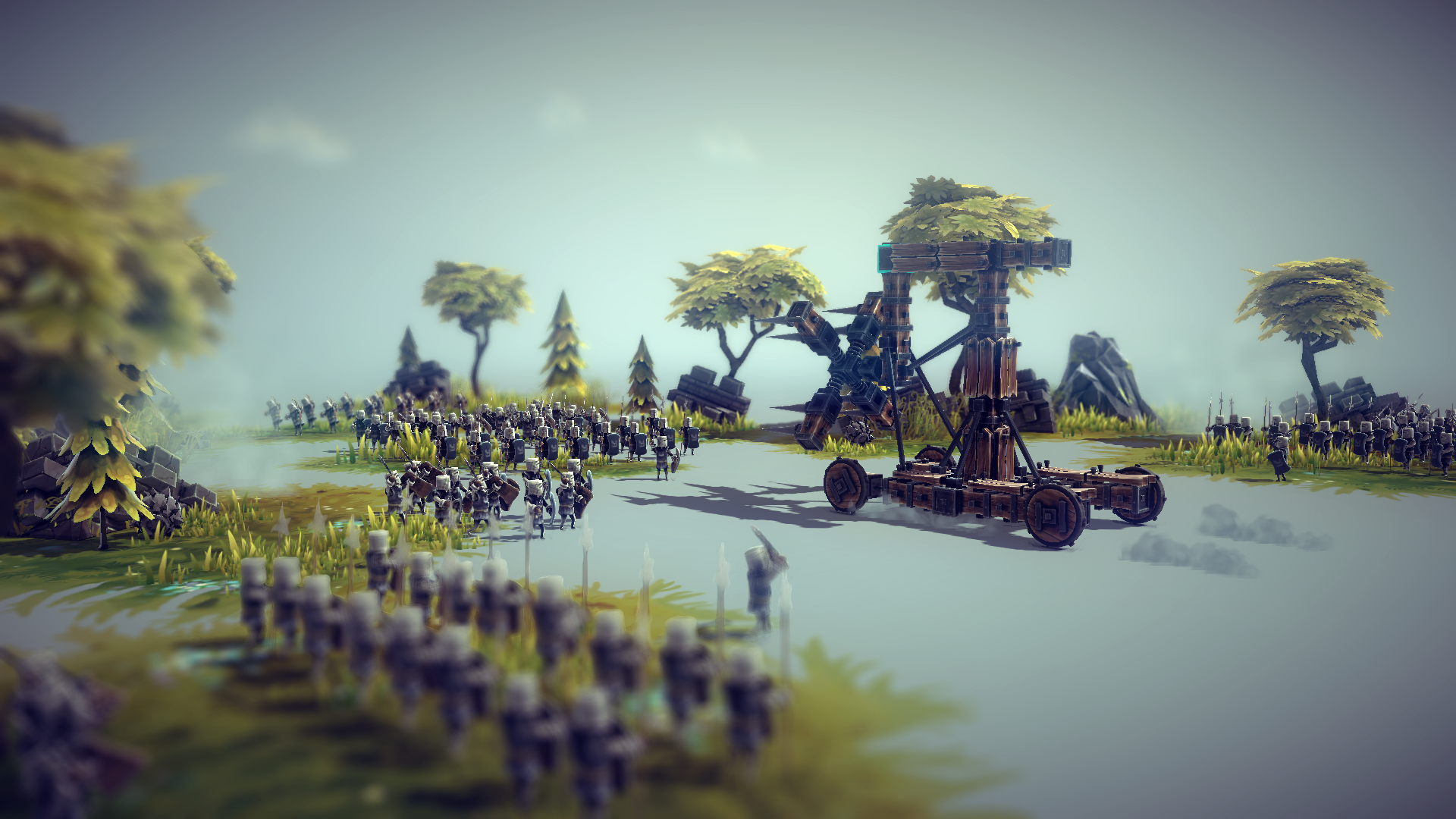 The graphics details in this game are pretty much nice. It's unique and enjoyable. Everything in this game looks great.  Besiege haves beautiful soundtrack and the sounds produced by objects in game ex. machines are really beautiful, either.
Do you think that's all you can do in this game? Yeah, you're wrong. This game also has a multiplayer and that's just incredible, isn't it?

The multiplayer in this game has two game modes: Co-op(with players vs bots) and competitive.  Right now you can only play with your friends(players from your friend's list) and you can't have more than 8 players on one server but anyways, there are a lot of ways you can have fun on. You can compete with your friends head to head in epic wars to complete objectives and levels, you can work together with your friends to conquer objectives, complete puzzles and you can play in an open sandbox with them - construct machines and abuse the level's inhabitants. You can also play a level editor in this game, and you're gonna love it just as I did. I personally spent more than 1000 hours just on level editing.  You can create levels your friends will play, build castles and place knights and gain an in-depth control through the Logic Editor. 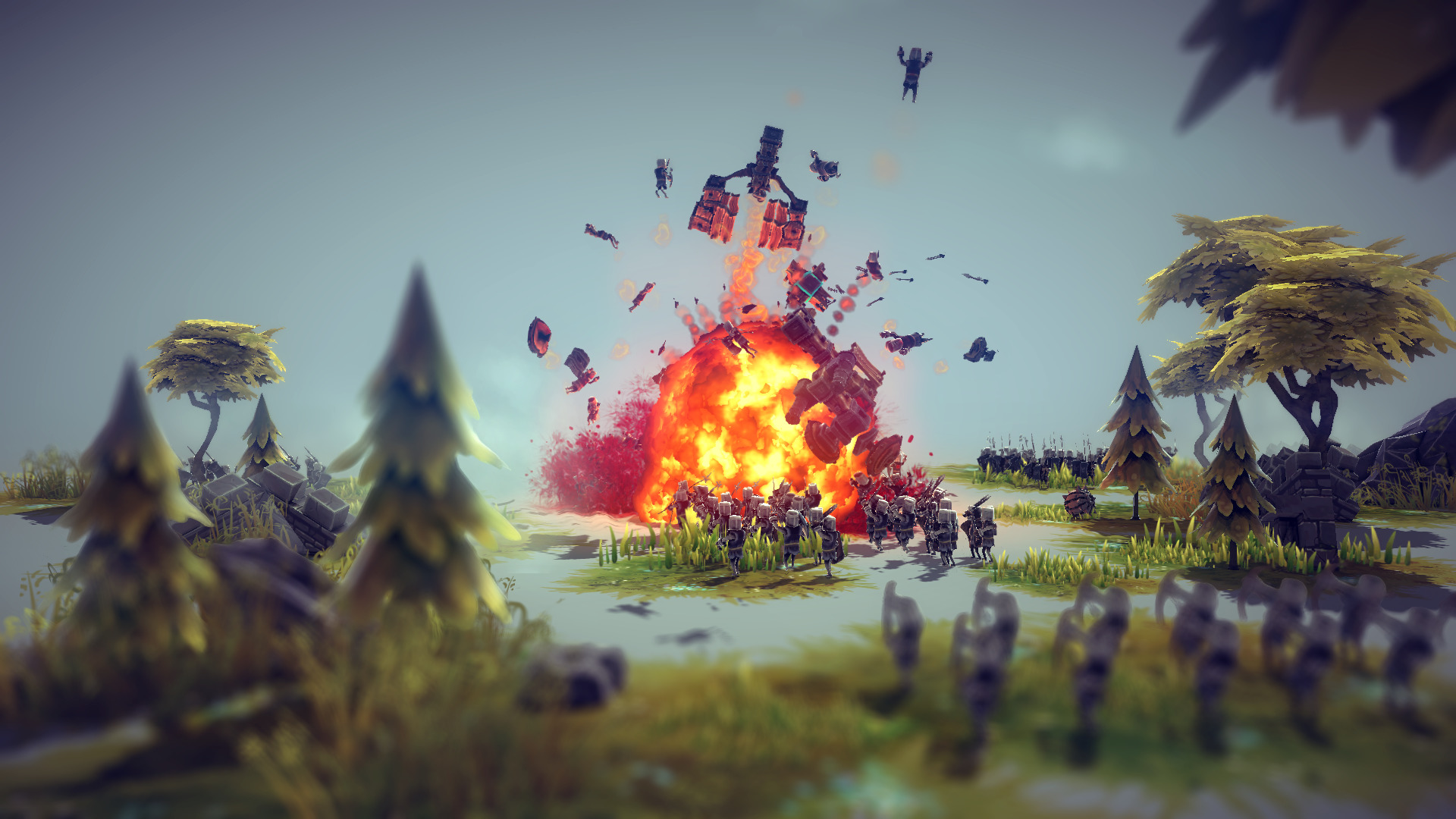 Before I rate this game, I have to say that this is the third-place game I've spent my hours on and it's following the SAMP and Counter-Strike: 1.6. Yeah, It's that good.

Besiege, as a game that brings fun to all kind of players with its uniqueness and a lot of things that will entertain you for a while is a game you want to play and besides the beautiful singleplayer, they developed the Level Editor and Multiplayer mode, too. You haven't seen how much it costs? You can get it for 7,99€ and that price for a game like this is just too low. Since it's a great game to play and very cheap - I recommend it to you with a strong 10/10 rate !!

nice u are good