When someone mentions football on PC, first thing that comes to my mind is of course FIFA. It’s not hard to conclude why is it so simple, because no one can compete with FIFA! 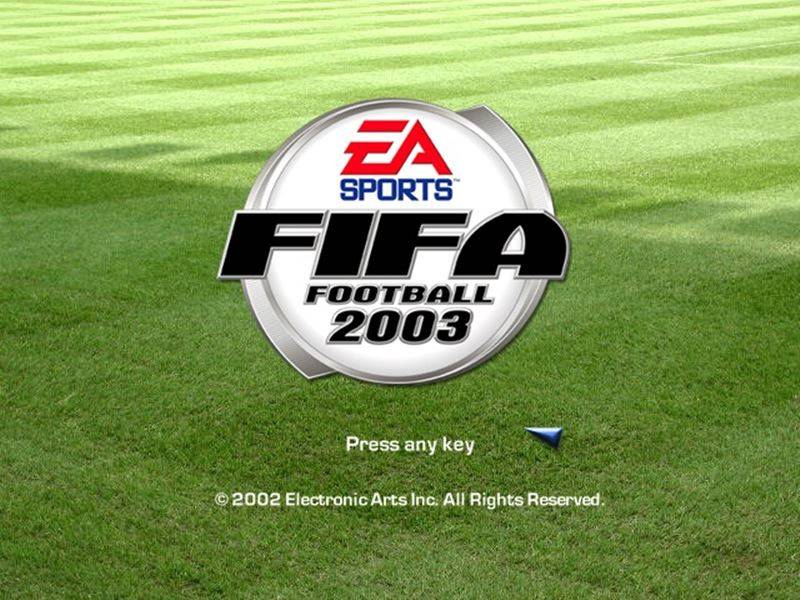 Until now, only PC football that was similar to FIFA was Actua Soccer or that Microsoft Soccer. Since then football has appeared only in arcade forms like Total soccer and Sensible Soccer. The latest ones were Kick Off 2002 and the catastrophic SGE: World Challenge. FIFA have always came up every year, with the accompanying versions coming every other year when the Euro or World Cup is on the scene. That’s the kind of version that was the best FIFA if you ask me… I’m talking about FIFA 1998 Road to World Cup of course. 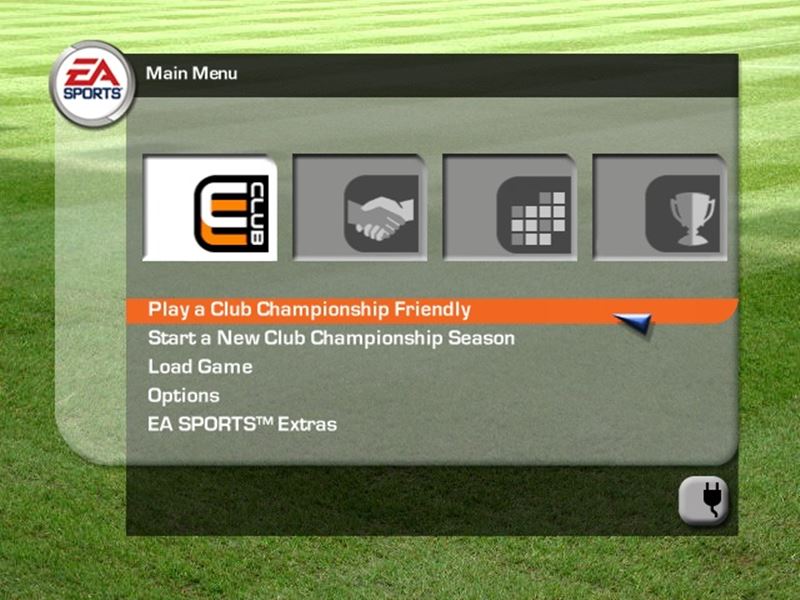 Every new FIFA was eagerly awaited, but every time expectations were unfulfilled. Each new sequel had better graphics and more perfect motion captured movements of players. But gameplay had dropped more and more. Since EA has money, they like to use a prestige licences or hiring world stars such as Robbie Williams and Gorillaz, and the real purpose of the game ends up forgotten.
Finally, when they realized that they would no longer be able to rely on what they did, they gave job to the English who knew much more about football than them. But neither they were brilliant in FIFA 2002, they made the worst FIFA ever… But still, they have set the foundation and the mould that have made FIFA 2003, well not only that FIFA, all of them, and we thank them for that! 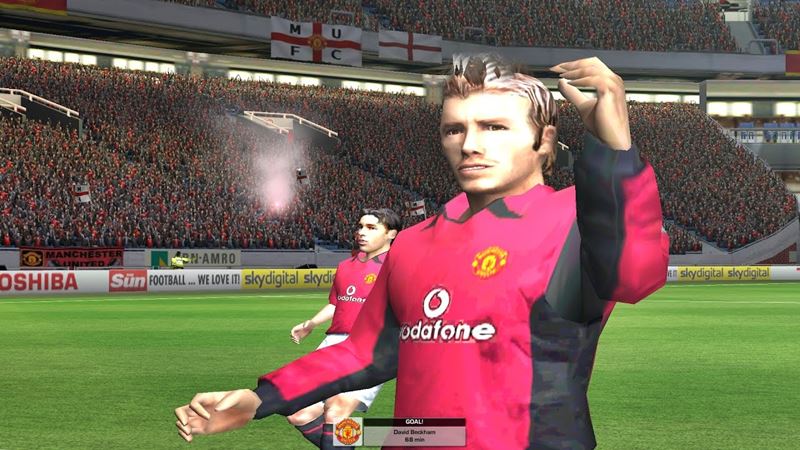 FIFA 2003 have seen the daylight and brought a lot of new things. The AI was finally completely reprogrammed, which means that the opponents are smarter and better. They are now doing nice passes, double passes and dribbles. Sometimes they play such a strong defence that you should consider using a pneumatic drill to score a goal, but when they are losing they start to play aggressively just to win the game against you and that results with a lot changes and fouls with a lot of yellow and some red cards. With that we got some realism in the game. 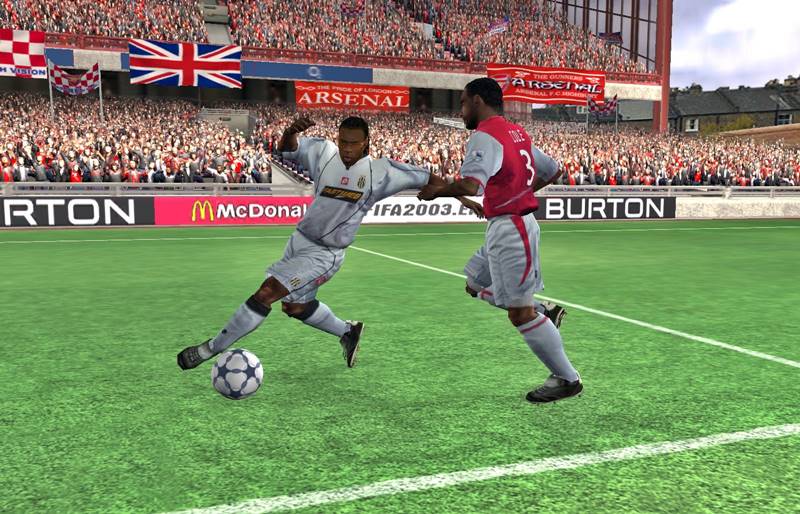 There is now a new system of free kick where you have to aim with a target where you want to shoot the ball. Before shooting you are able to choose if you want to just pass the ball, kick it or shoot to the goal but first you have to stop a little line in green area to make a perfect shoot. For some football player the line will move very fast while for other it would move so slow that anyone could stop it in green area. If you make it right, you would have a chance to see a perfect “Beckham” shoot right into the goal. Even the ordinary kick and shots are fixed. Now you have to aim where you want to shoot before the shooting or passing the ball to other players. 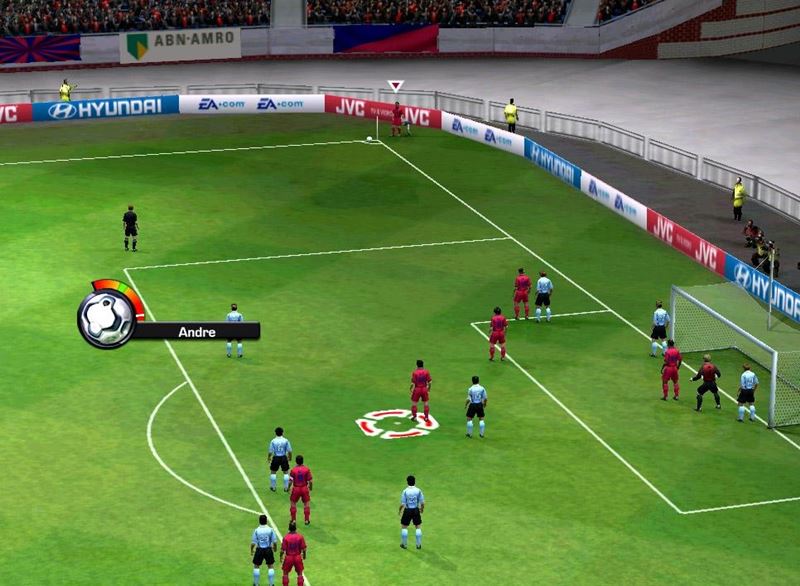 The biggest novelty was the so-called Freestyle ball control system. This is a very useful thing that you are be able to use to fool with your opponents.  So for a good dribbling now is not enough just to press a single button and all is done, now you can create dribbles yourself with certain key combinations. Although I’m a fan of a keyboard and mouse, playing FIFA with a gamepad is a whole new experience, especially with dribbling. It makes it much easier and really satisfying. Also the new physics of the ball is more realistic. While you are running with a ball you have to be careful to not lose a ball because now that has become really easy. 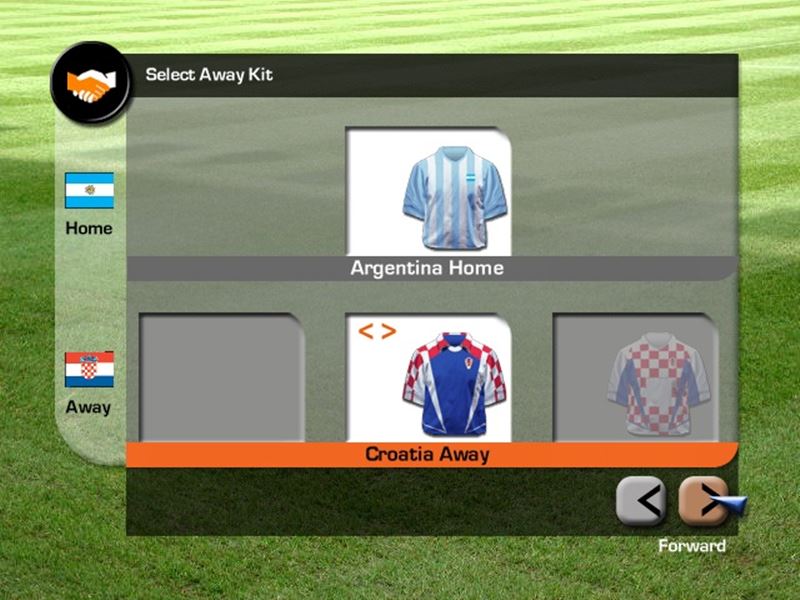 The Graphics are great as you know, not a single FIFA didn’t disappointed us with it and a new game engine is really impressive! Sometimes you really feel like you are watching the game on a TV and not playing a game. You can recognize players not just by appearance, but also in the moves that are made using the already standard Motion Capturing technology.  Sound is phenomenal, commentators seems more natural and you can even hear and recognize your fans cheering. They have even added a torches! 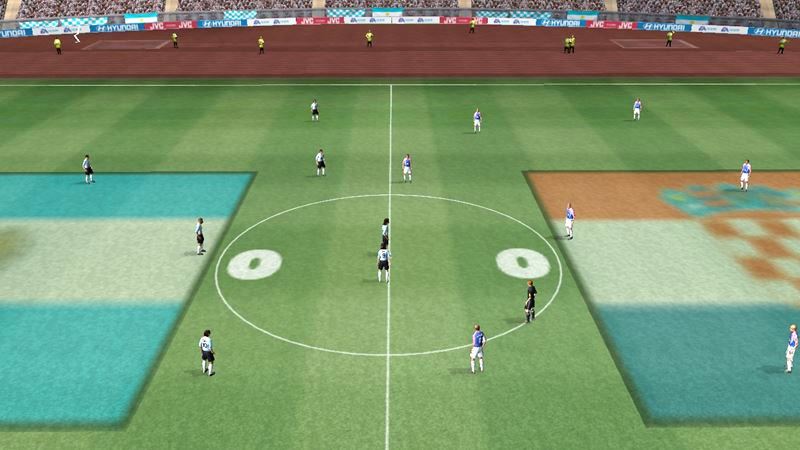 There are 16 world championships, the Champion League, the UEFA Cup, and some other world renowned clubs in the Rest of the World category and the national team. A special league in the new FIFA is the Club Championship, 16 selected world-class clubs, elaborated to the finest details, from the stadium (which is now looking like a real one – like the original Delle Alpi through Nou Capm to Old Traford), nickname of the club, shooter of last season, all the way to the fans.

All in all, there was still some unpolished things in the game, but thanks to the English team for making a foundation for today’s FIFA games, we are able to enjoy an epic gameplay, even more impressive graphics and unforgettable matches.

Could also have done better job on the graphics. But overall its pretty great.

Wow that is old

Could also have done better job on the graphics. But overall its pretty great.

dang bro this came out before i was born

It is one of the most classic games in the saga, where you could appreciate the attention to detail and not only focused on taking money from your players, as current FIFA are.

I got kinda nostalgic playing Fifa 18 and waiting for 19, so i thought it would be cool to make an article so youger audience can see how we got Fifa as we know it today *-*

got nostalgic but bro i remember those graphics and like...they were awesome for thst time