Rate this article "Beholder 2 - Better Than The First?"

Beholder 2 - Better Than The First?

On December 4, 2018, Warm Lamp Games' Beholder 2 was published by Alawar Premium on Steam - a continuation of the acclaimed "snitch simulator". In the first part, we, in the role of a house manager, decided the fate of ordinary people. This time the stakes are even higher, as is the responsibility for all our actions. The "political thriller" is parodying the inner workings of totalitarian states. While it might look dark, it's more humorous than anything. 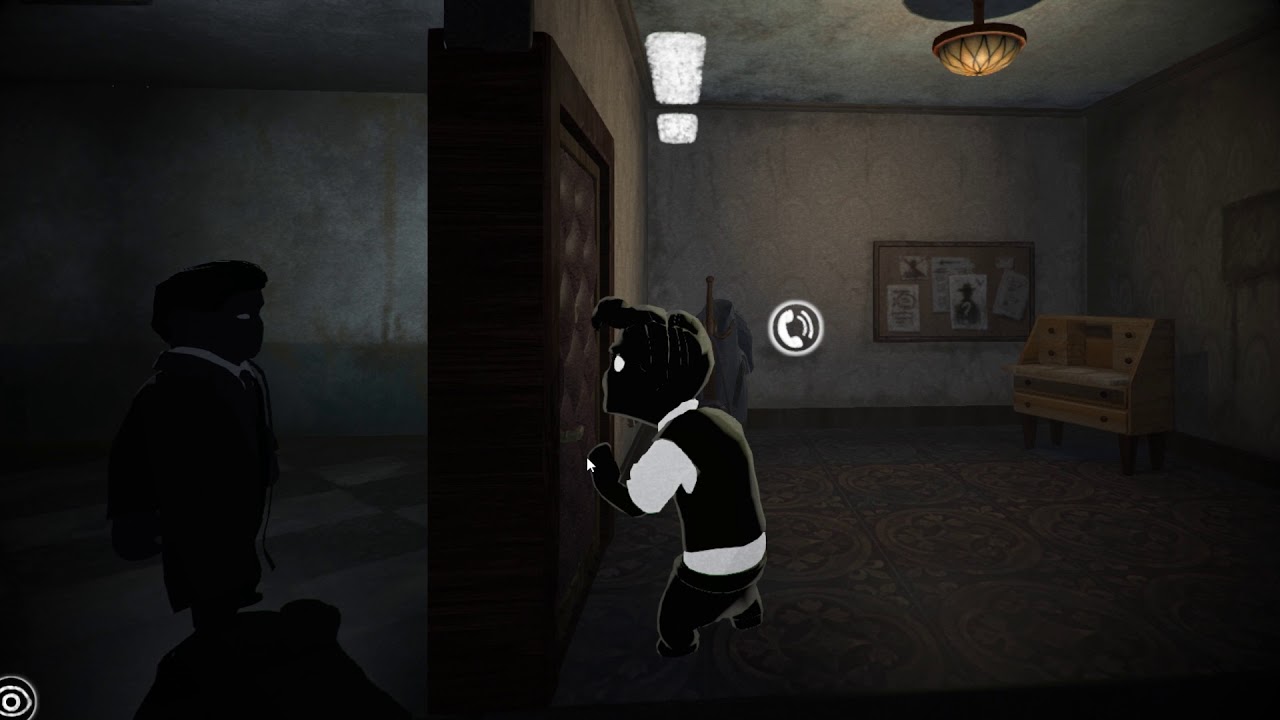 Beholder 2 managed to change the gameplay and features of it's predecessor, but in fact remained the same gloomy immersion into the abysses of a totalitarian society. The main hero of Beholder 2, Evan Redgrave is the son of a prominent official of the Ministry. Redgrave Sr. shortly before the game starts, commits suicide under mysterious circumstances, but manages to push Evan into the government, so we start as a small screw on a huge bureaucratic machine. At first, our work will consist of listening to complaints, requests and denunciations of citizens, but soon enough we begin to slowly climb the career ladder. 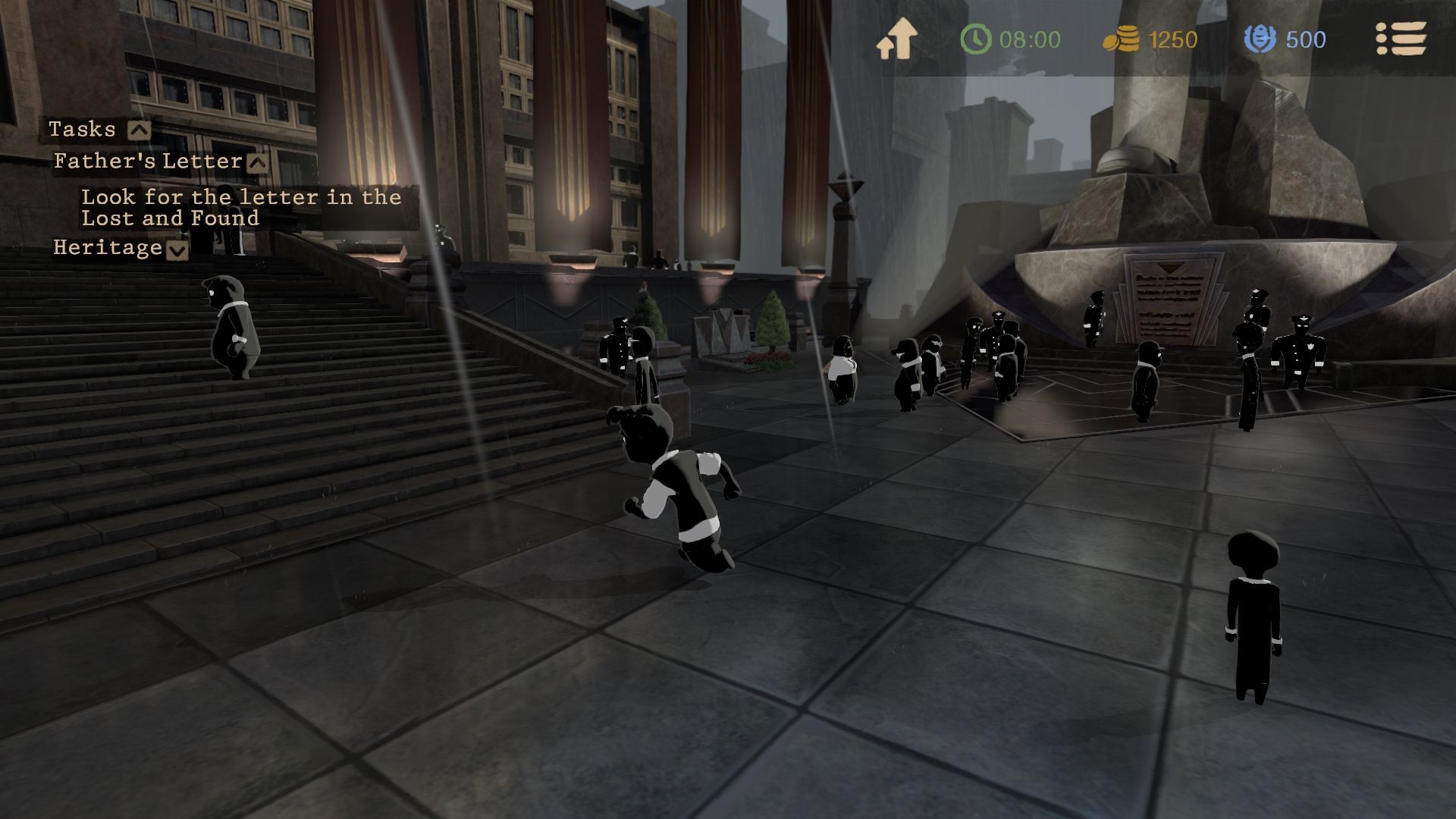 This path does not promise to be simple, and this is where the moral dilemmas begin. Go to the head or try to earn a raise by their own hard work? Everything depends entirely on the choice of the player, well, or his resourcefulness. In parallel, side storylines will be available. Maybe we should focus on investigating the death of the father? Or help the rebels who are asleep and see an opportunity to penetrate the government. Again, we decide how the story of our hero will develop. The variability in the game is huge, so more than once we will experience the consequences of the choice made. 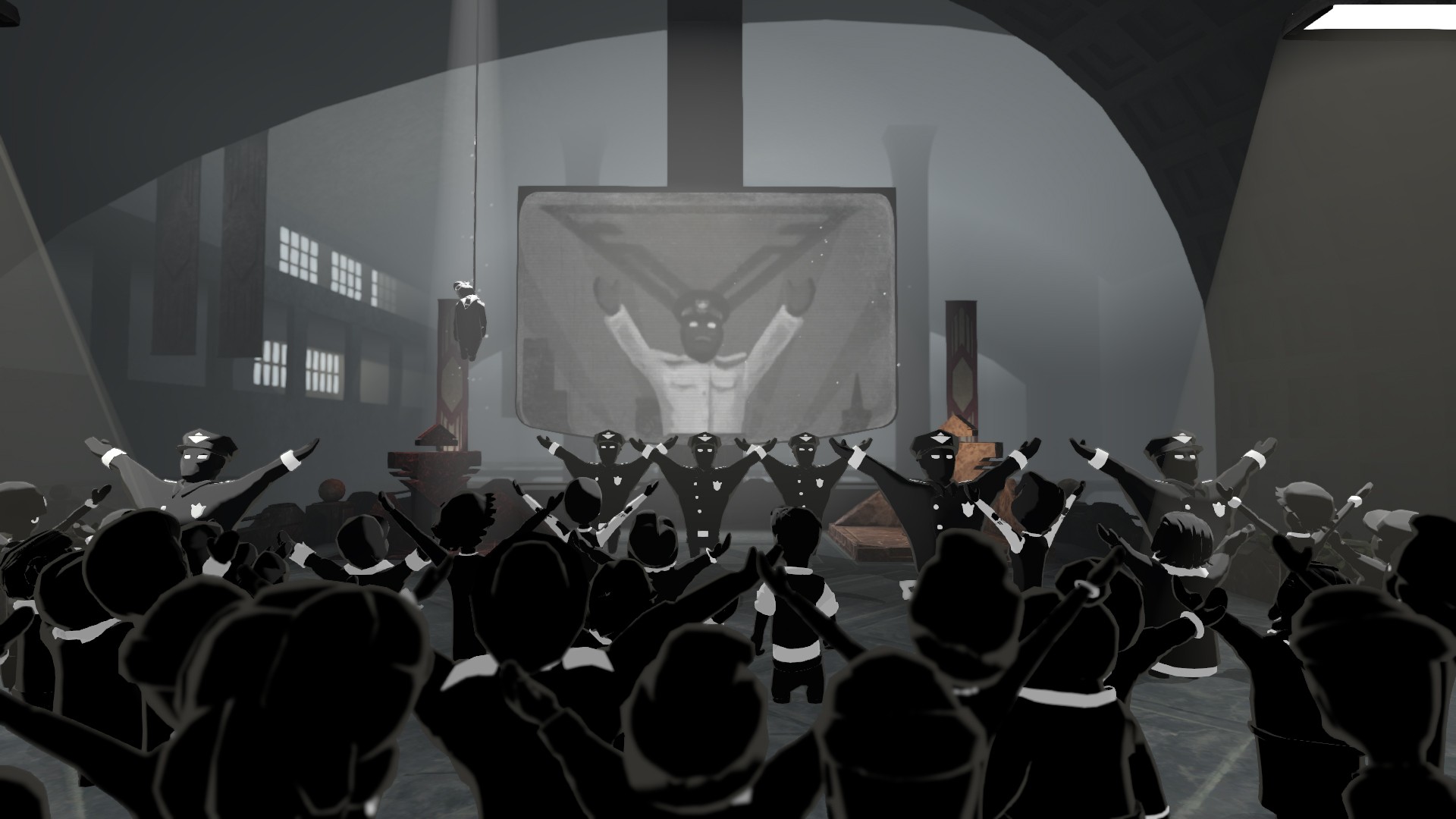 The game remains true to itself and shows us the state where, for every offense or carelessly spoken word, you can and will be hanged right in front of everyone, and no one will even stir a finger to help. This medal has one more side: we also have the opportunity to be a gray cardinal, riveting reports on colleagues and eliminating potential enemies. There are a lot of possibilities, so you just need to learn how to use them for your own good. But while the game ideologically follows the course built in the prequel, the rest has undergone significant changes. The first thing to notice is the transition from 2D to full three-dimensional graphics (3D). The differences are visible as soon as you see apply for a new job for the first time. This is not a chamber apartment building, this is a huge human factory, where people line up in long conveyors to be assigned to the right department. The atmosphere works wonders - the surrounding pressure makes you feel depressed and uncomfortable. The soundtrack only enhances these feelings, so the atmosphere aspect is better than good - it's great. 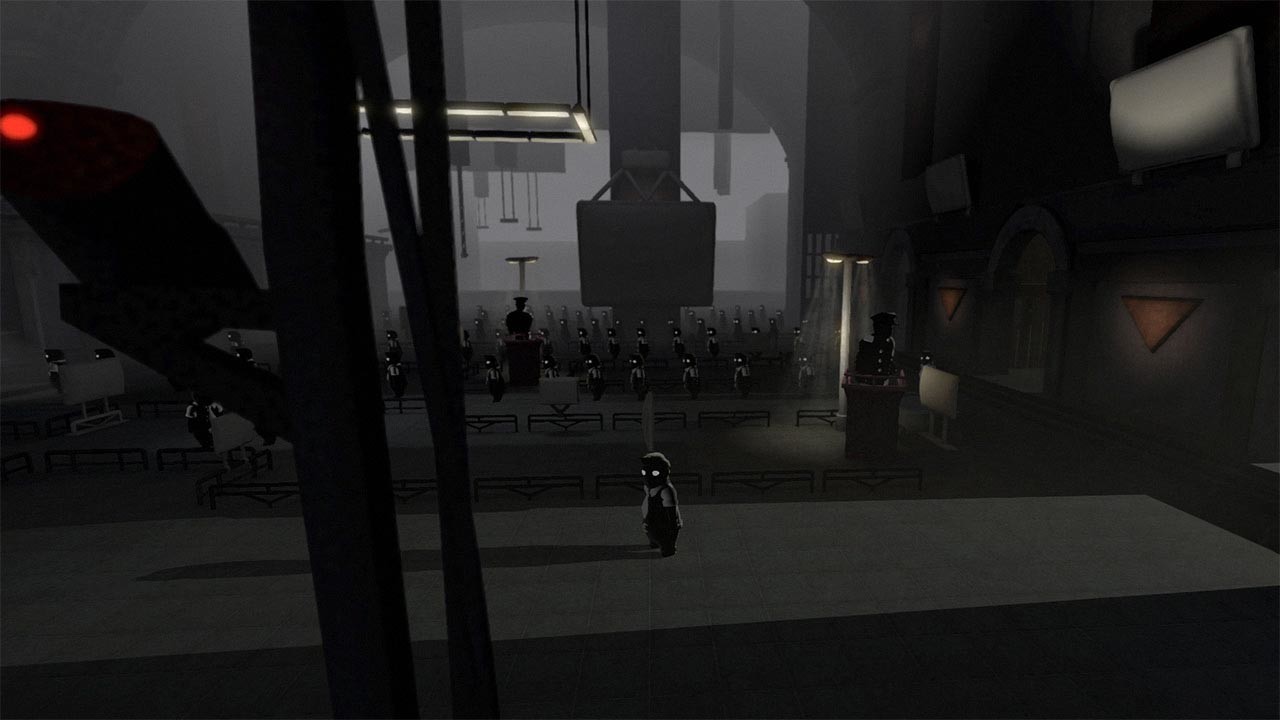 Gameplay, as well as genre affiliation, also changed. In place of managing the house we have a world to explore. Now the camera follows the hero in the same manner as Limbo, and we control the movements and actions of the character directly, and not with the help of mouse clicks like in League Of Legends. The time limit was also removed - it has become another resource, like reputation or money. It takes several hours to work, and a few minutes to talk to other characters. And the rest of the time, we can freely explore the world, without worrying about the time running out. Beholder 2  itself is now more like a bunch of quests, rather than a clicker strategy game. 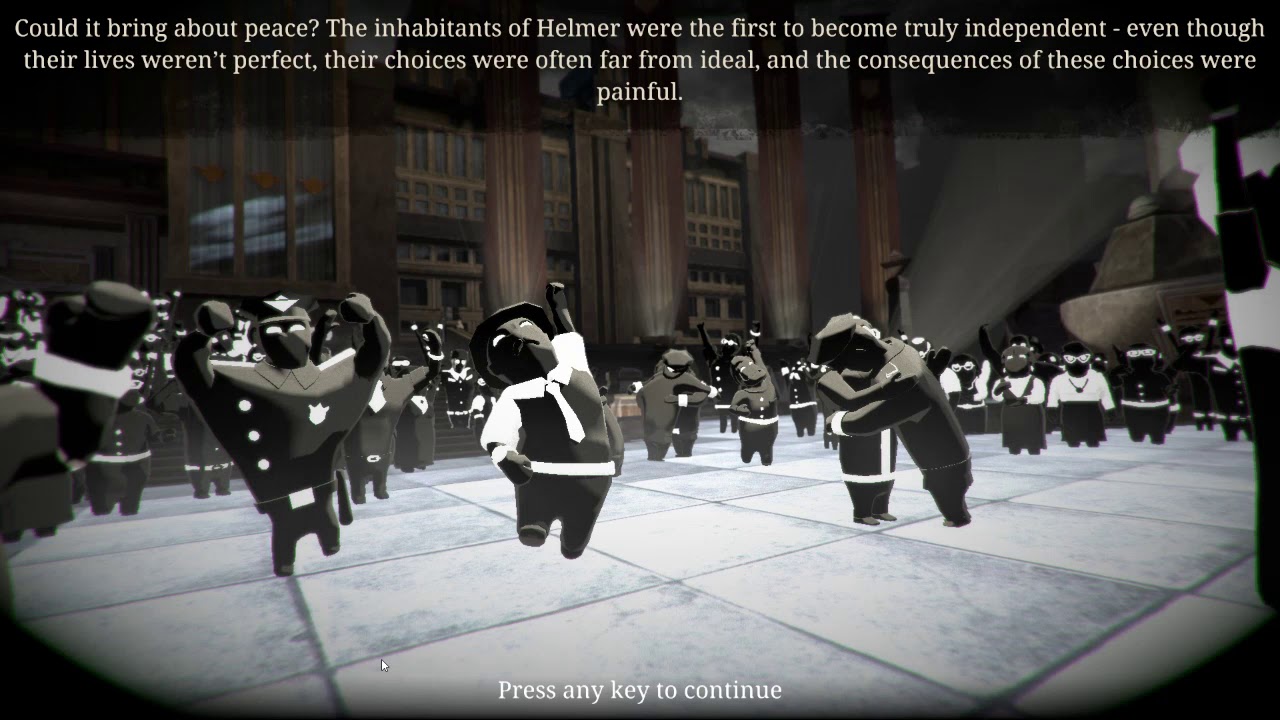 Talking about time, while we do have some space to explore, we will spend most of the time fulfilling our immediate duties. It's pretty straightforward: we process requests, send people to other rooms, write and accept reports and denunciations. Over time the game adds new mechanics, so that progress feels more rewarding and significant. Sometimes Beholder 2 will throw up funny appeals, sometimes vice versa: it will scare and make you think about the country in which all of this happens. But again - only you decide which path the main character will take. There are, of course, several endings and the full thoughtful journey will take about eight hours. They will go fast, especially as the sequel finally has an auto-save mechanic, so you always know when you can quit without worrying about losing your progress. 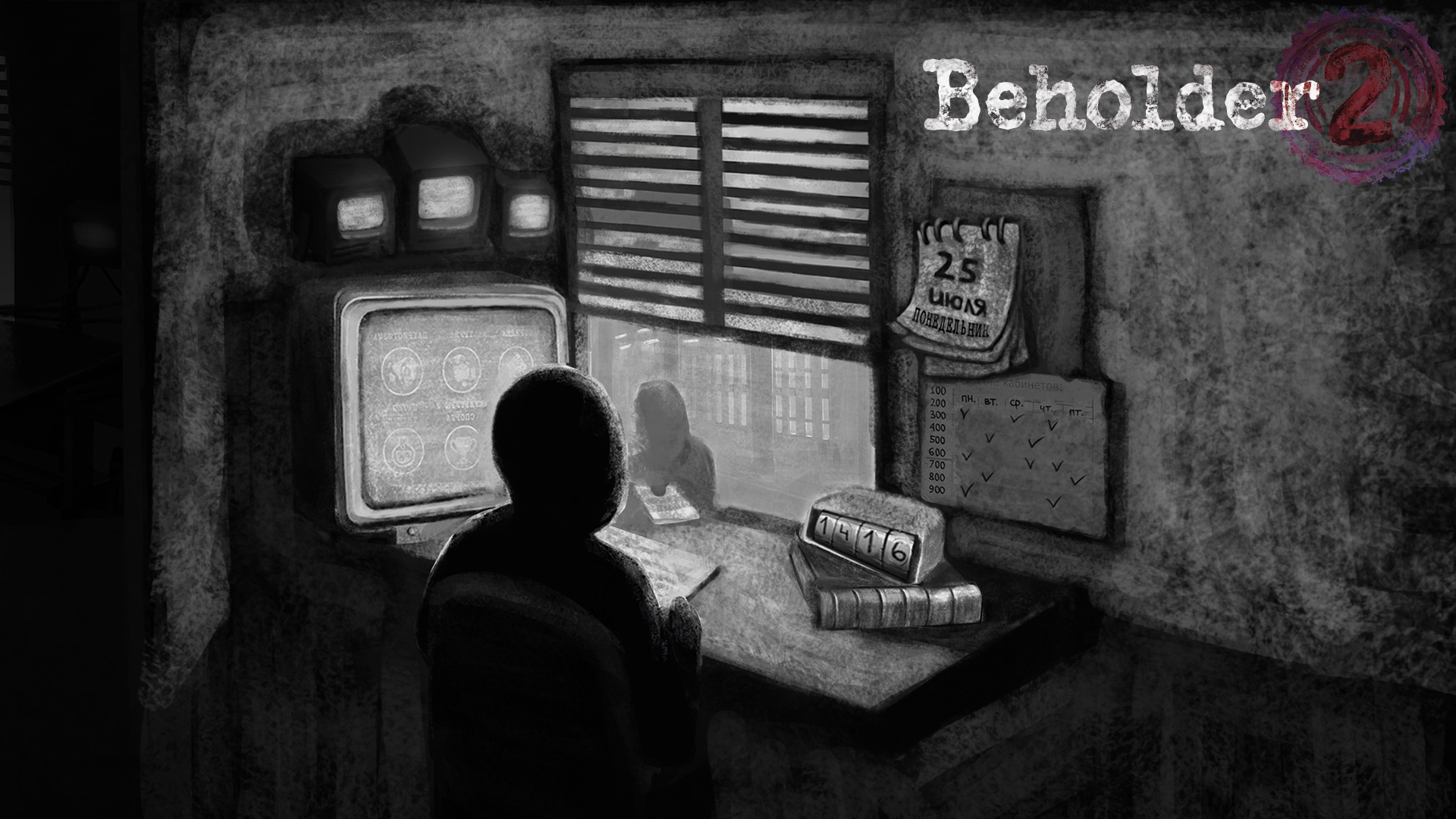 On the whole, Beholder 2, although resembling its predecessor, seems to be a completely new game. The world became more open, the possibilities of your profession also expanded, and the transition to three-dimensional graphics did the game a lot of good. We need to cherish such projects - most games just allow you to destroy your enemies with ease and surpass problems by shooting, with the story being quite bland. However, this is not the case with Beholder's sequel.

The story is both sad and entertaining, keeping you enticed throughout the entirety of the it. It is about the life of a little man who is torn between the choice of who he should be in this cruel totalitarian world. And this story is certainly worth seeing with your own eyes.
The game will set you back 10.49€, being 30% off from 14.99€ (Steam prices)

Verdict: great and polished game. A lot to think about. Will make you laugh and cry; recommended for most if not all people.

Rate this article Beholder 2 - Better Than The First?

Awsome job this review is really nicely made good job.

Yes it batter then its old part

You should put some images than could make it better

I got interested in the game after reading the review. Impressive work.

This game so interesting

What I like most about this new netrega is that it still preserves all those mechanics and details that I liked the most from the first game, so if you liked the first one and you wanted more, it is highly recommended that you play this beholder 2.