Beholder - a rather unusual project, developed by Warm Lamp Games, that definitely will not appeal to those, who ,when choosing another video game for the evening, will be guided by the name of the publisher. Do not be deceived - behind a simple (but still very stylish) foreground hides such a hardcore, deep and well thought out structure that not everyone will be able to get to the end of it. 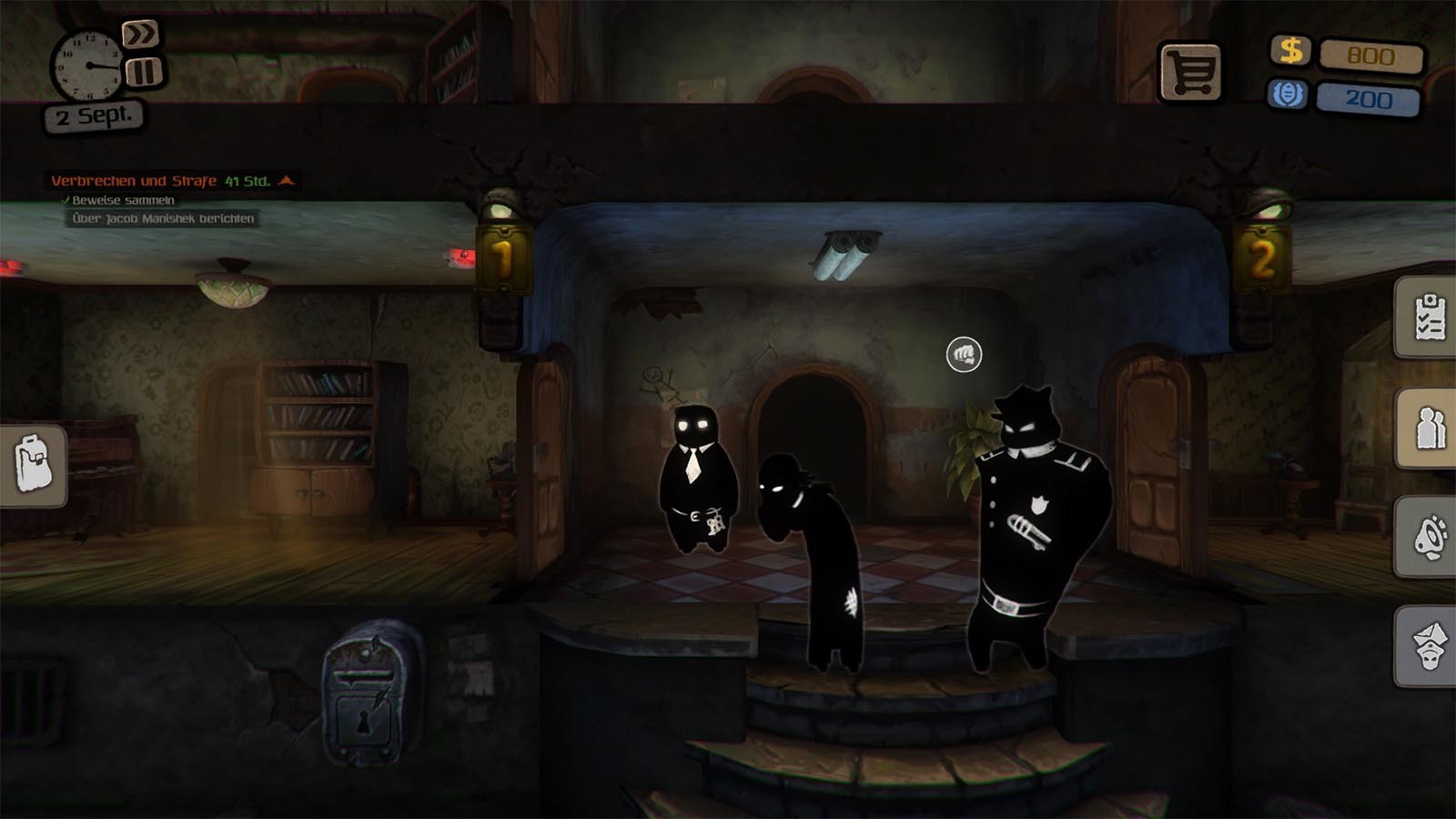 Alawar Entertainment, the publisher of Beholder 1 and 2 has long been firmly associated with "casual" video games. Designed for the mass consumer entertainment under the patronage of this company has been published all over the world for more than fifteen years for all platforms - from mobile phones to consoles. As a rule, the gameplay in them is simple to the obscene, and the phrase "game from Alawar" has been used to as a joke, to show that the game is nothing special or worth waiting for / buying. The games were supposed to appeal to children and casual "gamers".
However, this is certainly not the case with Beholder. The game focuses on the story and atmosphere aspects of a game, leaving graphics and aesthetics behind. The game is quite niche because of it's hardcore-ly increasing difficulty and the tense and complex mechanics and gameplay.
It won't appeal to everyone, but those willing to give it a chance and invest time into this game are in for a treat.

The first association that emerged before the start of Beholder, immediately after becoming acquainted with its concept, was Papers, Please, released three years ago. To draw a parallel between these simulators of a bureaucrat, one wants to: both heros are burdened with a family, the members of which have their own needs and tend to get sick; in both cases, the player is obliged to report offenses, even if the person is extremely sympathetic to him, but you can find workarounds and alternative options. Speaking about alternative options, Beholder has tons of them. Each action will influence the rest of the game, and each action can end the game; you need to be really careful, or you will end up like the manager that you replaced.
Any violation of the totalitarian states' laws will not be tolerated - the person must die. Each choice is timed, so you have to be quick, indecisiveness is not an option. This adds tension to the gameplay, always keeping you on the edge of your seat. 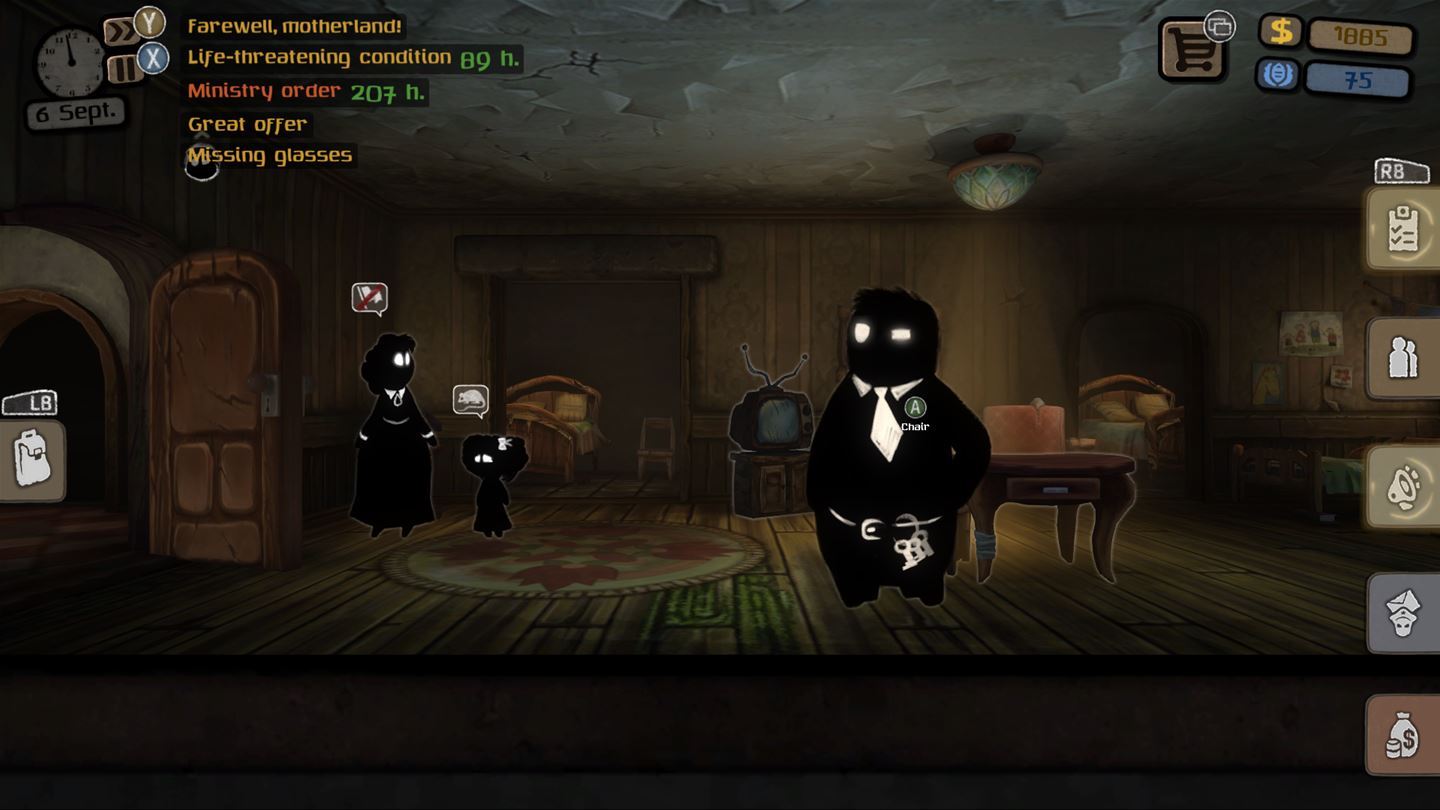 The developers, along with creating an interesting storyline, also didn't make the other characters in the game lack. All of them are unique looking, have their traits and preferences. This differentiates Beholder from the likes of Papers, Please, because the you attach to the characters in Warm Lamps Games' title emotionally, rather than just hearing about some indistinct family of yours that needs care. This makes their deaths and suffering affect you as a player more, making you more invested into the story.
All game mechanics and the game itself are great, and coming from such a small studio, it is only plausible. 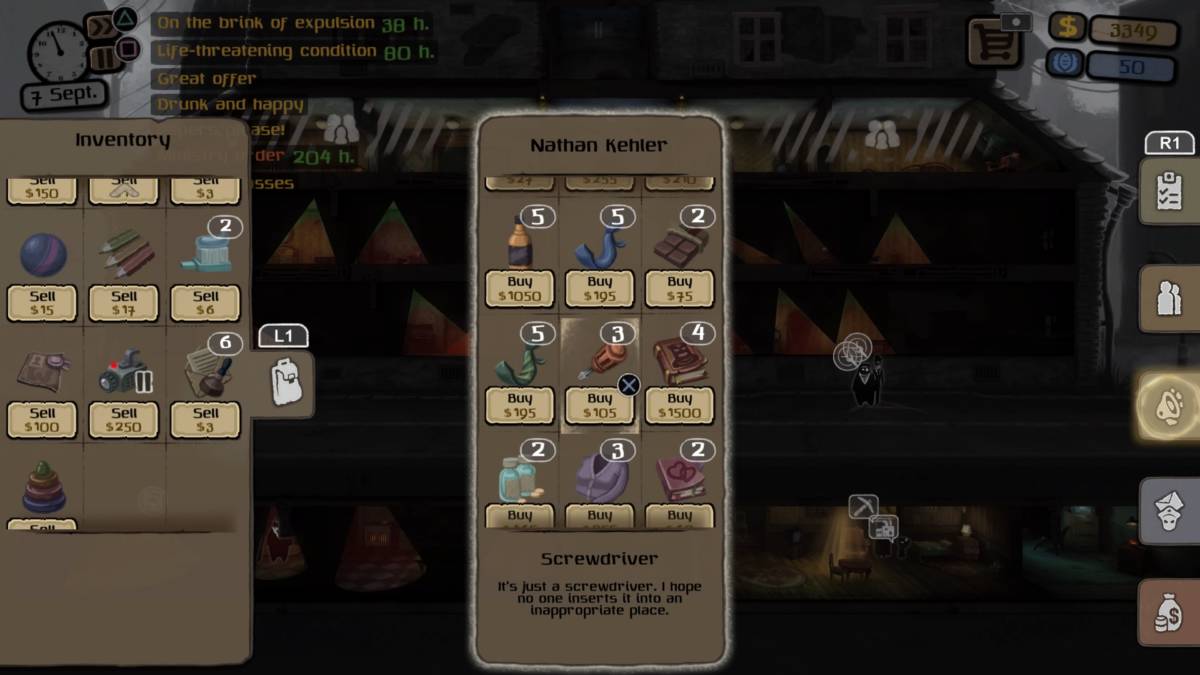 Life in Beholder is no sugar. The main character is constantly torn between the well-being of loved ones, loyalty to the state, fear of punitive organs, his own conscience and greed. Something or someone has to be sacrificed. Either the family, your reputation or your own life will be taken by the end of the game. The atmosphere and intensity of the game are stellar. This game will and make you forget the real world. Define escapism - playing Beholder.
Amazingly done, amazing characteristics, amazing story, amazing mechanics, amazing everything.
The game costs only 2.49€ on Steam, being 75% off from 9.99€, as the Lunar New Year Sale is going on.
The offer expires on February 11th.

Verdict: amazing game. Heavily suggest everyone to try it, especially for it's current price. Sucks you in from the start and will not let go of you before the very end. Not everybody will reach it, but those who will, are never going to forget this changing experience.

its too hard for me, even tho i play papers, please.

Nice! I love beholder and beholder 2

played the game it as pretty good

Nice work
Nothing much to complain about keep going and improving

I'm looking forward to getting some money and buy this game. Good article by the way.

Amazing review i love this game so much I played it years ago and thinking about to get back to it!

papers please? not to assume how the game mechanics and stuff are but by the pictures it looks nothing like papers please, the article IS good though, keep up the good literature.