After a long time, everyone had looked at Ubisoft and expect something great, Assassins Creed Unity was the case all the players hope that could revive the series. But the result was something else. Ubisoft created a lot of cool ideas in the game, so why was this game so badly lose?

A quick look at the AC storyline: 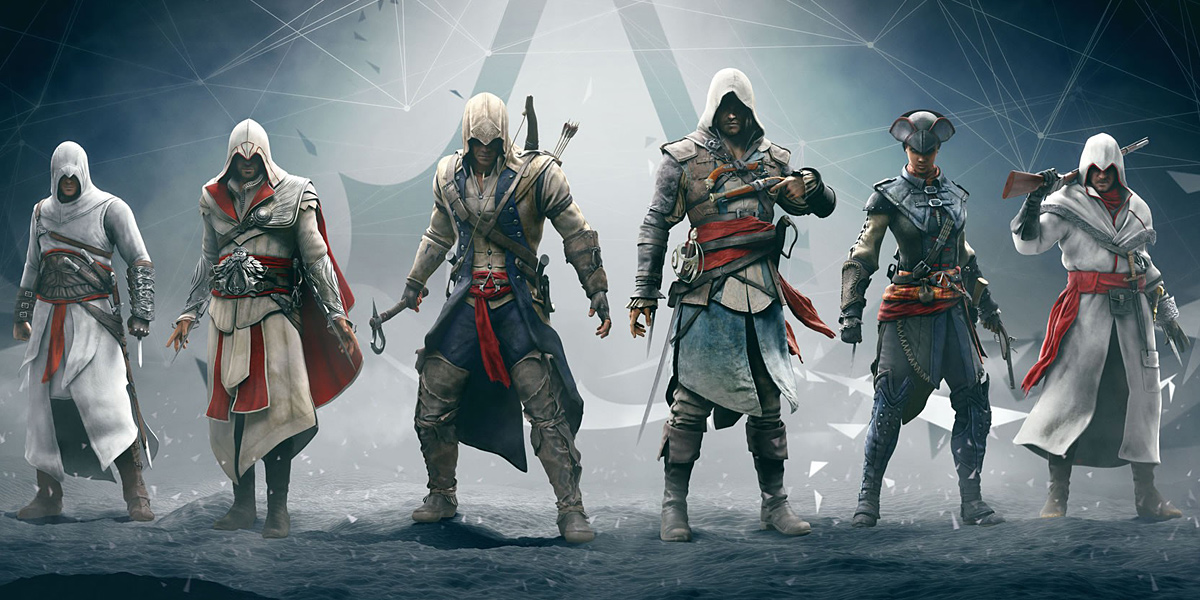 We have to travel deep into the French Revolution this time and take a close look at this story, which really was the cause of the failure. First, let's take a look at the storyline of the AC series. The game starts at legendary Altair, fans shocked, "such a great game it is" all of us saying that. after that Ubisoft released the second version and brought the game to its peak. The AC II has so many new and fascinating concepts that really created a new vogue of video games. The best AC version of all time. Subsequently, Ubisoft ended the 2nd edition of the AC II with Brotherhood and Revelations in two subversions of 2nd series, following the principles and tips of the previous version of the game. This was the first place to shake the base of this series. All of you remember the AC III. This version was critically acclaimed by the critics but was considered worthless for many fans of the series. (Of course, it also had a lot of fans.) Ubisoft at the end of this time started to build a new version called Unity, this version that was supposed to culminate in the series. Due to the lack of time, Ubisoft decides to design a charming character inspiring from Caribbean pirates, AC IV: BlackFlag, was released, which inevitably got high scores and won the Euncter's Best Action Award of the year. This version was a huge victory for Ubisoft that was also popular with the players due to Edward Kenwi's fascinating character and was able to keep them happy. And then Unity and Rogue had arrived. Rogue is the latest version of the black flag storyline. and unity in the peak of the French revolution.

Stealth is the first option you can do for missions. Unfortunately, it's very difficult to find a way to secretly carry out missions and needs testing and error. Due to the artificial intelligence of the enemies who have a lot of fluctuations, one can not be sure how to move between them. you may be behind them and they will not even notice it, and on the other hand, they may see you from far away and attack you massively! 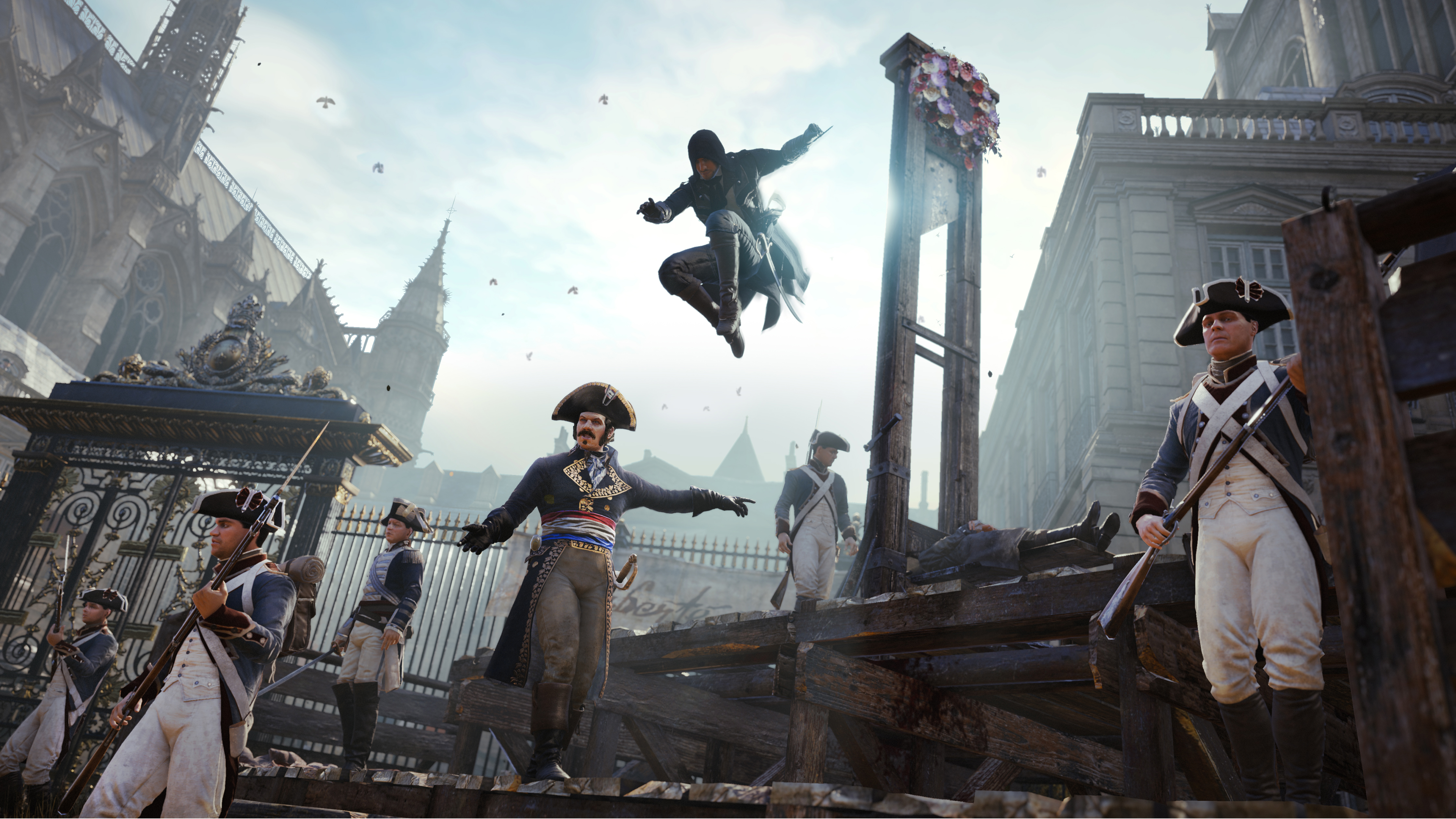 On many instants, you go mad irrationally, and when you spend all of your skills to create a stealth attack, suddenly, you decide to openly strike the enemy. This will make the mission faster and easier. The number of enemies is high but one or two smoke bombs are enough to confuse enemies for a few seconds and kill the most of them easily and escape. Even easier choices could be made to carry out such missions. For example, by paying a bit of bribe to the construction workers who are involved with it, enter the building through one of the windows close to the room and simply complete the mission. Stealth fans may find it more enjoyable to do this than other choices, but in practice, they will not succeed in many cases, and artificial intelligence will feed their enemies and bugs to their nerves. From the Co-op section, the game should never go away. One of the most positive aspects of this game is the attraction for you and your friends. In the multiplayer part of the game, you will be entertained for a long time and there are special missions available throughout the game that you can do in a group.

The fights have the same variety and fascination of the past and have offered little change. Combination moves and animations are a bit greater than before and you'll have more weapons to fight against enemies. The variety of weapons versus previous versions is multiplied and greatly contributes to the charm of the campaign. You can choose from a variety of swords to heavy weapons and firearms depending on the amount of money you have. Some skills are also needed to make better use of some weapons. There are also some Skill games to hit enemies and better use of the Phantom Blade to free up. 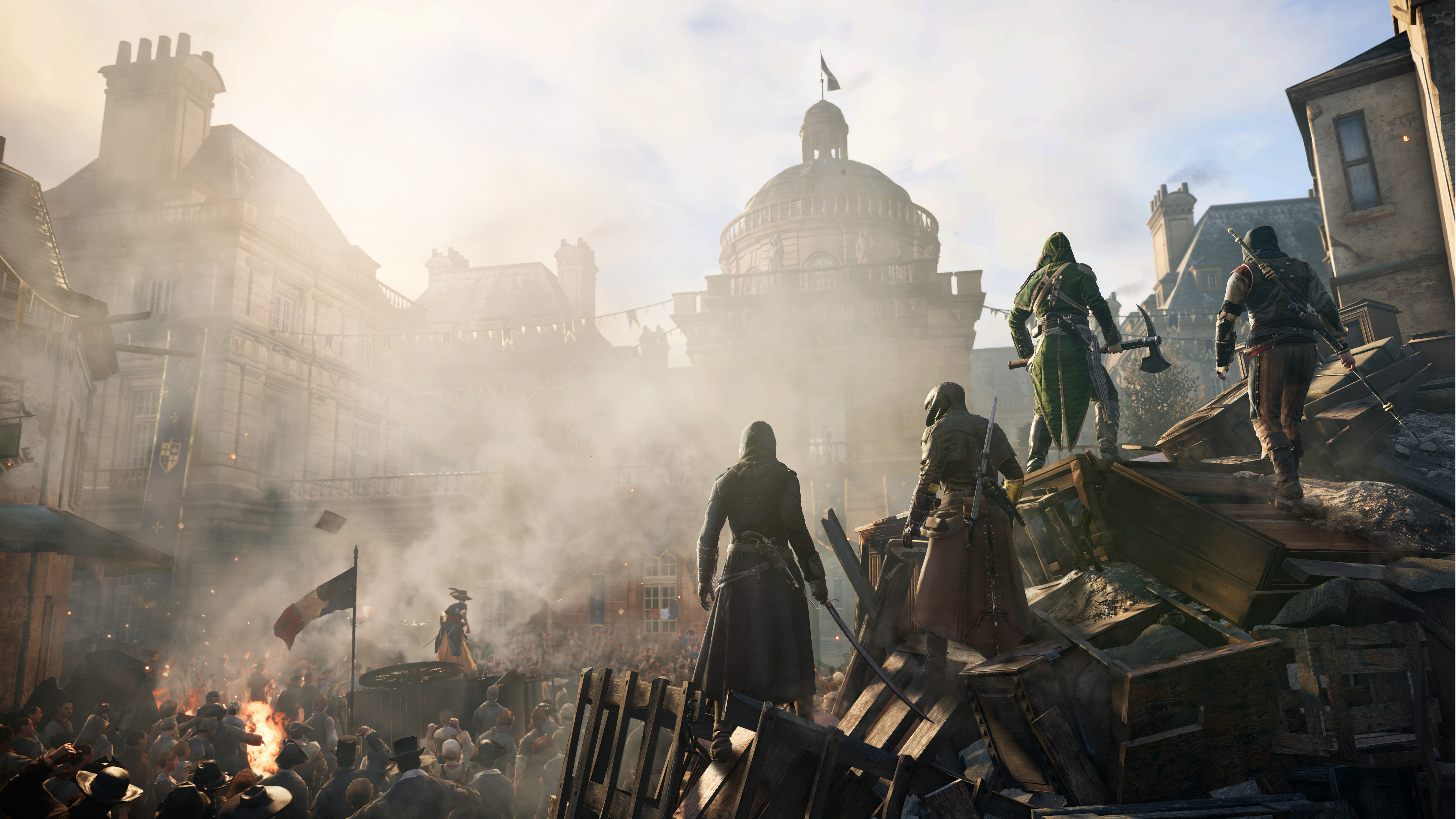 One of the important cases that the game suffers from is the weak design of missions. Except for some cool missions, you will be tired of repetitive missions until the end of the game. The main missions are usually summarized in the murder of some of the characters, which, surprisingly, are all very similar to each other! A camp that is guarded by a large number of guards and the person you are in charge of killing is hidden in the middle of the enclosure. Just bring him to yourself and escape from the environment by killing him. The closer we get to the end of the game, the more and more the guards become.

At the end Unlike Ubisoft, Assassins Creed Unity could not match a masterpiece. This version would have kept up any mistakes if Ubisoft team prevent the bugs by playing the game before the release and if they wrote their own story differently and deeper, It could have been a masterpiece. It is true that this did not happen, AC Unity, while it is not a masterpiece, but has a lot of new stuff. it is undoubtedly a special attraction for anyone who loves Assassins Creed. Whatever the game is, Arno should not be left alone in the bloody revolution of France.

The Assassin Creed: Unity is available on Steam with the price of $29.99, purchase it from the link below:

Old game. It had a lot of bugs when it came out. A lot of Pop ins. Thr online portion on the PS4 had crashing issues if you were connected online. It took them awhile to patch it. Still beautiful tho.

Assassin's Creed Unity takes part in revolutionary Paris, but there is no sign of gameplay revolution. Game suffers with technical issues, one can smell the free-to-play principles and there isn't anything fresh

Assassins Creed series is one of my favourite..

Good and so good game