The No Man's Sky game has caused a stir in recent years, and has been the focus of everyone's attention at every exhibition and every conference being reviewed. The reason behind this is the huge idea that the game is being built around, where players can explore a vast and unprecedented world by traveling in vast space. The developers of the game did not hesitate at all to ride the wave of suspense and carry the largest number of players behind them, though, but some preferred to watch from a distance and may not hide the pessimism of the game and the hidden truth that may be behind them. But between this and that, how was the final product, and was the game really that big dream that is finally achieved for the players
For those who do not know the game or hear it previously, No Man's Sky is a very huge world with many planets and a wide space, trying to make this huge place a playground for players to discover everything. At the beginning of the game you find yourself on a planet, and your boat is disabled and you need to restart it to leave the planet. Here the game explains to you the basics, where you collect certain materials to repair the vehicle and then collect the fuel for the launch. These materials will be found around you in the planet, where you have a laser pistol that breaks rocks and plants to collect the materials you need. After repairing the vehicle you can leave the planet and take off in the wide space. 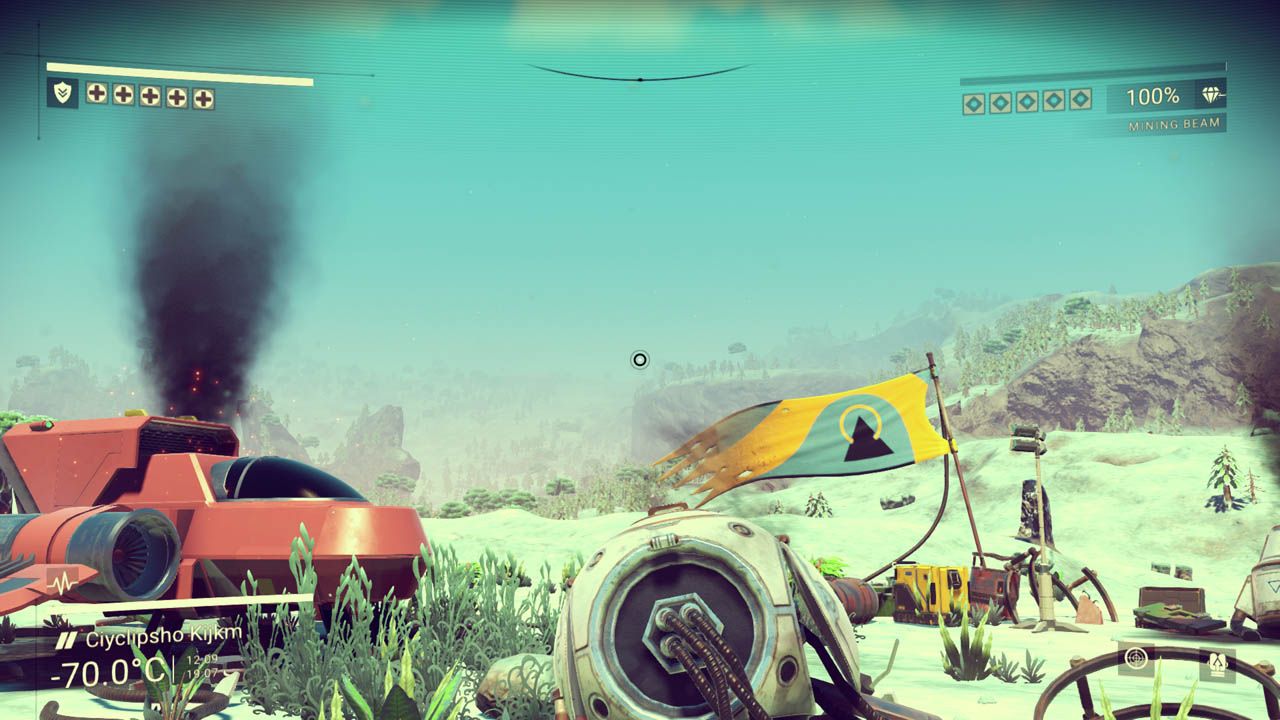 The side of the technical dazzle in the game, which has won the admiration of everyone since the disclosure is not related to graphics, the appearance of the game is very normal, but it is something related to programming directly. The developers of the small Hello Games team have been able to provide a great algorithm that makes the game offer different planets, environments and random creatures every time you visit a planet. After you leave the first planet you will find other planets close to you and visit them, and then repeat all the same as it gathers more materials and discover new places and creatures.

During the game you will be able to create new tools, and you will be able to buy some of them from some of the space traders you will meet on the way. And then move from one planet to another trying to reach the middle of the galaxy and is the main goal in the game. But in fact you do not need to pay attention to this goal, where you can navigate the space infinitely and complete the exploration and collection of your information so that boredom. 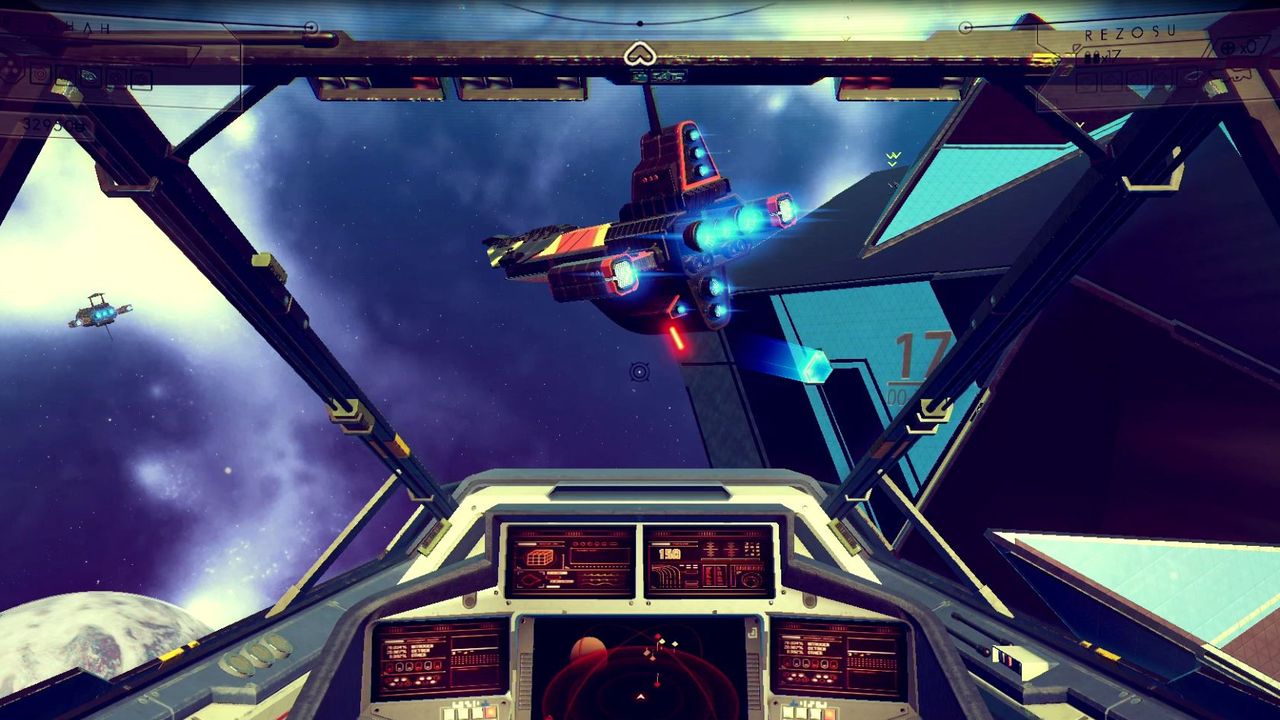 And by talking about boredom, I think there is a great chance of getting you much earlier than you expect. After wandering through several planets, you will find yourself returning all over again, without finding the depth in the game that allows you to experience something you can feel new. Random planets, though different, will give you the same experience, as do other creatures. Even the astronauts of the merchants and the inhabitants of some planets are similar in their behavior and manner of interaction as if they are the same person. The game will sometimes allow you to fight on the planet or when some of the space pirates face you, but the control system is so slow and boring that you will not feel any fun fighting them.

Even the inventory control system in the game has not been well designed, moving very slowly between screens and tools, and you have to constantly access them to fix some problems or refueling. And that makes it even more so when we associate it with the fact that the worlds of the game become dull after a while. Get down on a planet, collect materials, make tools, leave. This is the main life cycle of the game, otherwise you can upgrade your vehicle to move to a new solar system, but only to repeat the same steps again.

Conclusion
********************
No Man Skies is a very ambitious game, but its ambition was a negative factor in the end. The achievement of the huge game world deprived the team of the ability to provide sufficient depth of the game and the content of a distinctive makes it continue to explore the factors ultimately a catalyst for the player. Perhaps the team's first experience did not appear as hoped, but it laid the groundwork for what might be a more wonderful experience in the future than this talented team.