Rate this article "Article ~Mighty No.9"

After a long wait and many delays, the Mighty Game No. 9 comes to mind the spiritual sequel to the famous MegaMan Games series and from the famous developer Keiji Inafune who left Capcom to give us this game, if it is the spiritual sequel that everyone wants? Is it the awaited game that deserves all those delays? This is what you will know in the following lines of this review from the PC version of the game.
One day in the United States of America chaos prevails throughout the country due to a defect occurred to most of the men who began to spread the destruction in the country, including the Mighty Numbers from the first to the eighth where the ninth and the hero of the game Beck was not affected by this holiday, you will with Dr. White Dr. Sanada returned the rest of the Mighty Numbers to their senses by using Beck's ability to control the echolocation to remove the defect and looking for the cause of this imbalance to stop it. 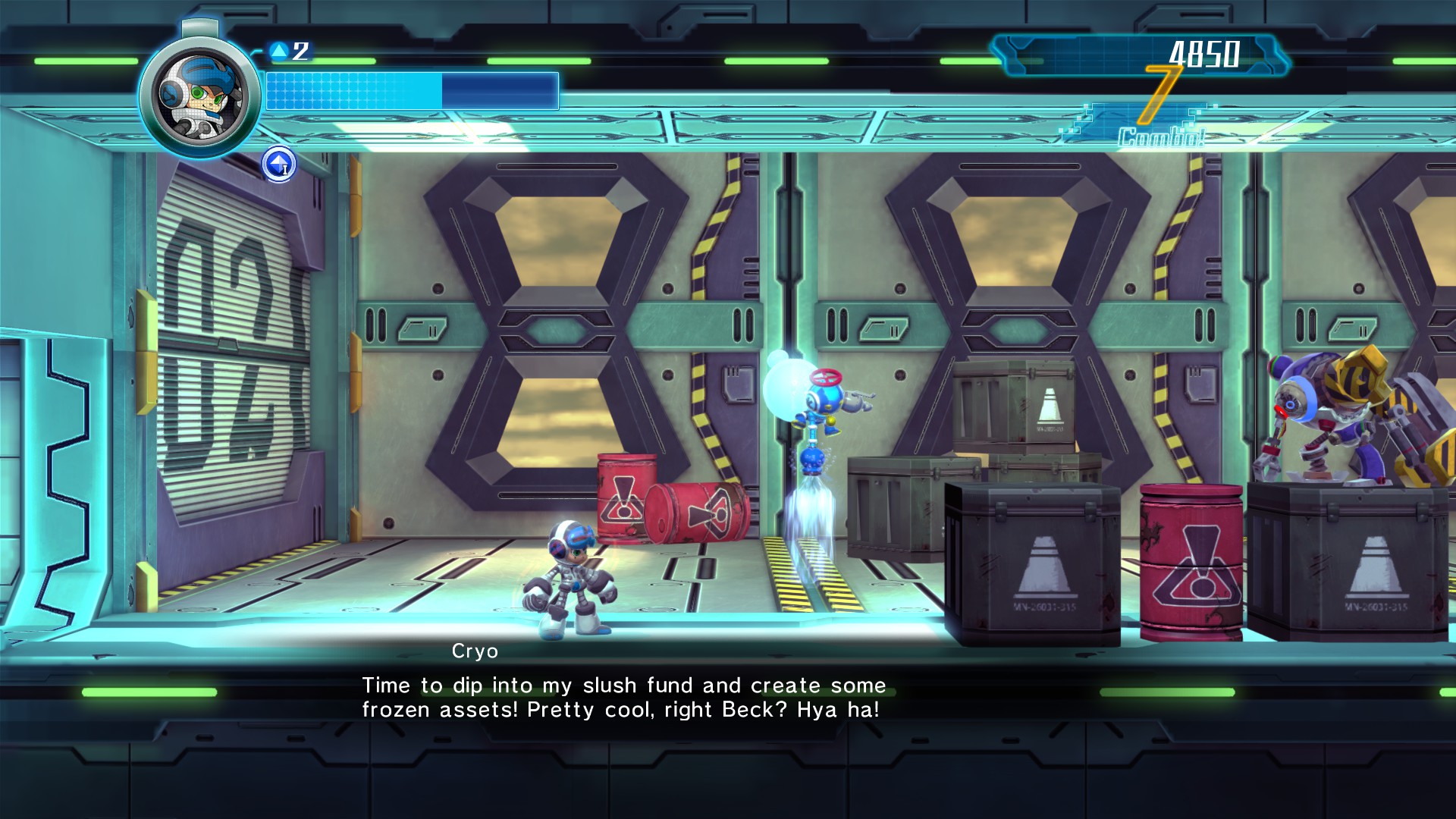 The only weapon that has always been helpful is the Mighty Corps weapon. 2 known as the Cryosphere, the biggest reason being that it saves energy significantly compared to other options available. Another reason is that this weapon can be used alongside one of the most important abilities of the hero Mighty No. 9 or Beck, a dash that can absorb enemies. Doing enough damage to the enemies stops them from moving rather than killing them, and here you have to rush towards them to eliminate them, and you will get additional temporary strength. Sucking enemies immediately after paralyzing their movement (you will get a 100% absorption rate when doing this) will be the beginning of a series of combo movements, and the movement will continue as long as you get 100% absorption rate. This system appears from the outside a special system that urges speed and leave an appropriate distance from the enemies.

In fact, the use of the Cryosphere extends the period of time during which you can get a very perfect absorption rate, which allows me to easily assemble movements. This weapon will be most suitable for use in most situations, and as you will get it at an early stage of the game, all the capabilities you will receive later will be of no use. This means that the best way to play was presented in the second stage, and this eliminates the challenge and the desire to learn and develop.

The story is very ordinary and is not really important and does not carry any special thing that may attract you or keep you following it constantly and we get many hints to get a second part of the game with the end of the story. 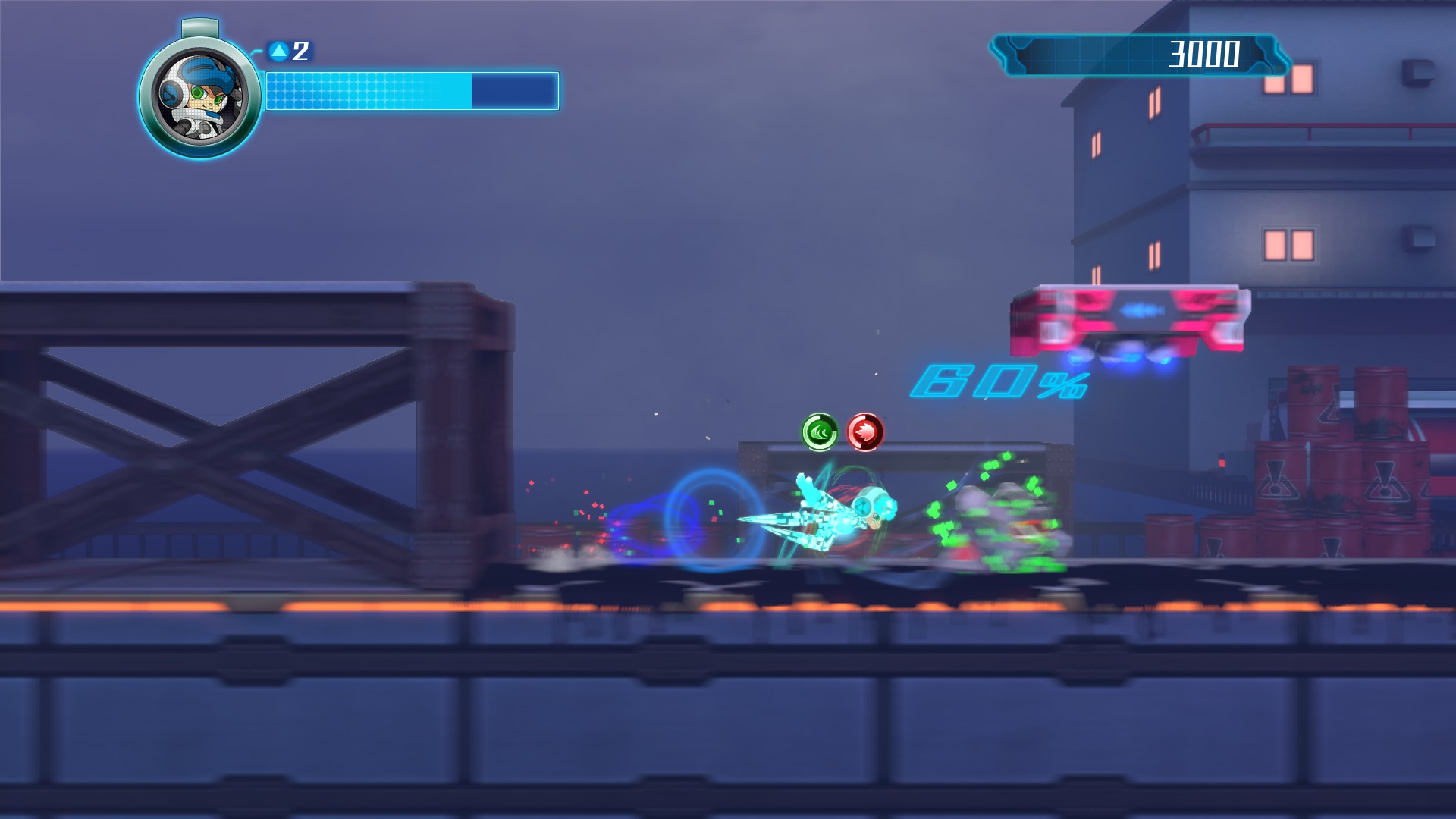 The technical level of the game is very normal does not provide what is bad or dazzling from any hand and the game does not suffer from technical problems in the story phase except for a slight drop in tires occurs from time to time without actually affecting the experience, but the stage of competitive team play in which you are racing With other players in certain stages catastrophic and suffers from many problems of tire slowdown and non-response of personality and personalities attached in place very frequently and this stage in general is very annoying and difficult to end a challenge with another player in it without losing your rightness of many problems.


Conclusion
*************
Some extra phases - normal but fun game
Mighty No.9 is not a spiritual sequel that we want and the game offers a very ordinary and less than average experience and an experience that may only be played by lovers of platform games for leisure

Rate this article Article ~Mighty No.9

Reminds me a bit of megaman.

This game has good graphics with the gameplay being quite similar to MegaMan X, but that's all there is to it for this game. It's an okay game, not too bad but not too good either.