Ancient Domains Of Mystery or ADOM This game has been under construction for over twenty years. Yes. You read right For the first time, the game was released in 1994, and since then, developers have released new updates to each other and are constantly developing their games.By buying it you can be sure that for a long time you will enjoy a lot of content that it contains. 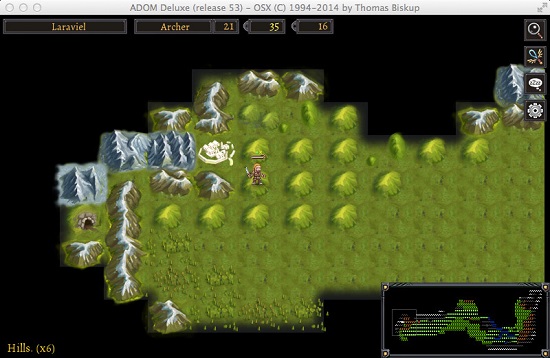 From a mysterious cave in the middle of the mountain, the creatures of chaos or the evil beings are spared the world. As a hero, you have to defeat them and be in the midst of fear that you will not be polluted by the riot force, which is considered as the evil force in this game. However, you can use it as a choice and bring destruction to the whole world. You begin by customizing your character, which you can partly or entirely randomly do. There are races, classes, abilities and other things that allow you to choose very different game modes and never get tired.

if you have not experienced the old games in which you have not experienced every single item, including life, weapons, potions, foods, poisons and effects, different enemies, and dozens of other things, then you can expect that this The game is extremely cruel to you. The game might be kind to you in a few black holes. A few ordinary enemies. A few ordinary treasures. Slightly upgrade your character and all. But at the same time, it's hard to make a fairly vertical stroke. 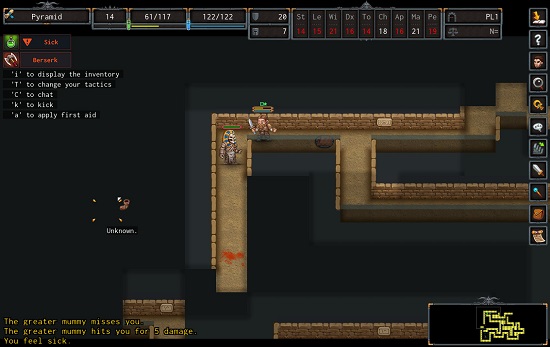 You pass through different types of black holes, mountains, forests, lakes and areas, each of which has its own unique feelings. You never feel like playing for you, because whenever something suggests you.
There are so many monsters, treasures and hidden areas, different cities and villages, many side missions, along with the main mission, all come together to make a game for you. This game is great for the price it has.
Each person you choose has its own proper behavior, as well as unique characteristics, according to race and specialty. For example, a dwarf may be weaker than a particular kind of enemy, the dark one can recover its own body by eating the bodies, which is not possible for humans. A thief may have the ability to steal, but on the other hand the warrior can fight better.

We are talking about a huge world where every part of it is a new threat, and in my opinion this unbalanced character can indicate that this world is really cruel and not just because you want the wizard to be the level of the warrior. The wizard may be able to fight against the ghosts more easily, but if we arming a warrior with a magic wizard, he will be strong. To enhance the character, there are plenty of literature to find the location of the traps, strength, speed and, of course, talent, which gives the gamer an incredible range of gaming that is really admirable. 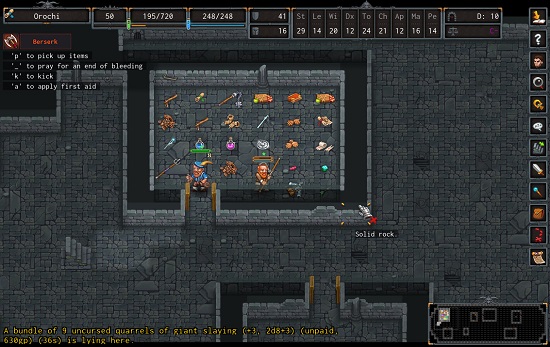 Forgive me that my English is not good. I try to explain you every day better.

well done!!! but i dont like the game tho

Ancient Domains Of Mystery or ADOM This game has been under construction for over twenty years. Yes. You read right For the first time, the game was released in 1994, and since then, developers have released new updates to each other and are constantly developing their games.By buying it you can be sure that for a long time you will enjoy a lot of content that it contains.

another old games review for people who likes them, good article