Rate this article "A Quick Review of Fable: The Lost Chapters"

A Quick Review of Fable: The Lost Chapters

Fable: The Lost Chapters is an action RPG Game published by Lionhead Studios and developed by Big Box Studios. It contains an expansion to the original Fable video game.

Fable is an interesting game to say the least. It’s an adventure full of surprises and twists that make for an interesting story. You play as a hero, accomplishing different quests for your guild and slowly making yourself known in the world of Albion.

The Aesthetic, in my opinion, still holds up to this date. While it’s definitely no Witcher 3 when it comes to graphical fidelity, the art style aged well as it does not really focus on rendering that many objects onscreen at a time although you still might be weirded out by the old sprites and meshes. At most, you’ll have 10-20 enemies being rendered. It also helps that the maps aren’t that large and open, as the game can focus rendering objects near you rather than the building 10 miles away, I’ve also never had my frame rate drop significantly. Hey, it works.

The gameplay is divided in to two main categories, combat and exploration. Different pre-determined quests appear at the guild table, the quests available are usually determined by the different choices you undertook and which side of the moral spectrum you want to pursue. (Good or evil) You will be given experience and renown upon completion of the quest.

I think that Fable 1 shines most at its combat. To fight you can either use melee (swords, axes), range (bows, crossbows) or Magic (lightning, fireballs). Melee combat is pretty standard. You can strike, block and flourish, which breaks through the guard of your enemies preventing those nasty stalemates. Range combat, goes two ways, you can aim and try to hit the enemies’ head for extra damage or just fire from the hip. Magic is where the fun begins. Called “Will” in game and divided into three parts, Attack Spells, Physical Spells and Surround Spells, it allows the player to amp up the combat rather spectacularly. You can fire deadly fireballs while simultaneously summoning magical swords to fight for you or just summon hordes of creatures and the dead. Personally, I just bring tons of mana potions, slow down time, cast multi-strike and just beat the poor sod that is unfortunate enough to be in my way.

You can equip various weapons and armors you find along the way, go light mage armor or go heavy plate armor. You can also augment your weapons with different enchantments, each with their own effects, the silver augment helps kills those pesky balvarines faster and the fire augment, surprisingly, sets your opponents on fire.  There are also different types of melee weapons, from light katanas to the heavy axes.

The moral system is quite a downer or good depending on your preferred style of storytelling, as it does not affect the story whatsoever, the only thing it does it change your appearance and the dialogue of NPC’s.

Fable: The Lost Chapters is my favorite game of all time, it made me feel like a hero in some sense and it gave me an adventure that I will never forget. 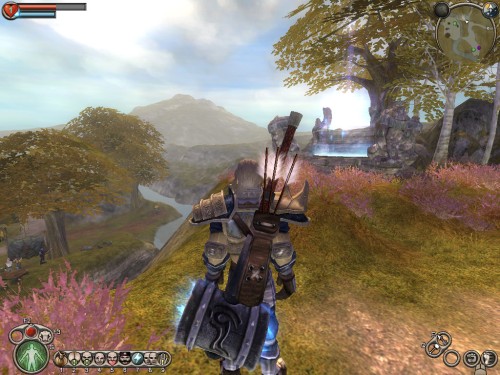 Rate this article A Quick Review of Fable: The Lost Chapters

You have done a great job

Never played any of them, yet.

I'm still waiting for my submissions to be approved :D

Thank you! I'm planning on writing more of these things in the future, any feedback would be appreciated. (Either good or bad just don't spam.)