Rate this article "A game with furries, a talking sword, and sad "Tails""

A game with furries, a talking sword, and sad "Tails"

Dust: An Elysian Tail is a game that was first released in 2012 for Xbox 360, and later on released on other platforms.

In this 2D side-scrolling hack and slash game, you play as Dust, a warrior who wakes up in the middle of a forest without any memory of who he is. As he wakes up, a sword approaches and speaks to him. It has been asleep for 200 years, until he was unknowingly summoned by Dust. While he does not know anything of Dust either, the sword knows it does not get summoned without a reason, and therefor, allows Dust to wield him. Along with the Blade of Ahrah came Fidget, a nimbat who is supposed to be the guardian of the sword, until it suddenly flew away. She is the funny sidekick on Dust's adventure to regain his memory. However, she only wants the sword back, so she tags along until Dust's quest ends and she can have the Blade of Ahrah back.

While being on a quest to regain his memory, he has no idea where to start looking, so the group just wanders around and tries to help everyone who is in need of help. While it's not required to rescue someone's younger brother, or collect a bunch of items to keep a shop running, doing these quests will reward you with money, items, and a sense of satisfaction. Even the main quests may seem like side quests with a more dangerous situation at hand, but how else will you regain your memory? Be happy that he knows how to fight, even though he doesn't know where those skills came from. 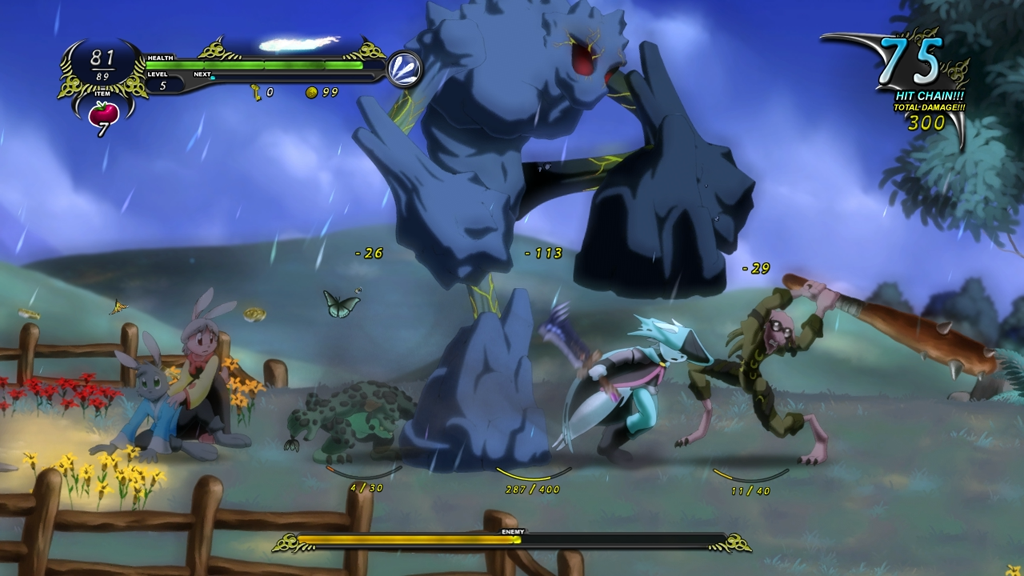 Through the game, you will encounter some fierce enemies who recognize you, and from what they say, you used to be one of them. An assassin who's out to kill everyone who stands in his way. Someone who's never shown mercy and never shown any weakness. A lone wolf with a passion for murder. But is it really true what they say? Dust is a nice guy who likes to help others and doesn't hesitate to risk his life to save another. Then again, it would explain why he's so skilled at fighting. Who are you, Dust?

The game pleases your eyes with many colors and soothes your ears with wonderful music. There are alot of bad guys to beat up, who will give you experience points to become stronger, as well as money to buy items and crafting materials to make better items. A whole bunch of unique characters make the world feel more alive and diverse. You'll never find an NPC copy pasted. Well, safe for Sereth, a mysterious man in robes who follows Dust on his adventure, providing him with the things he need to survive out there. 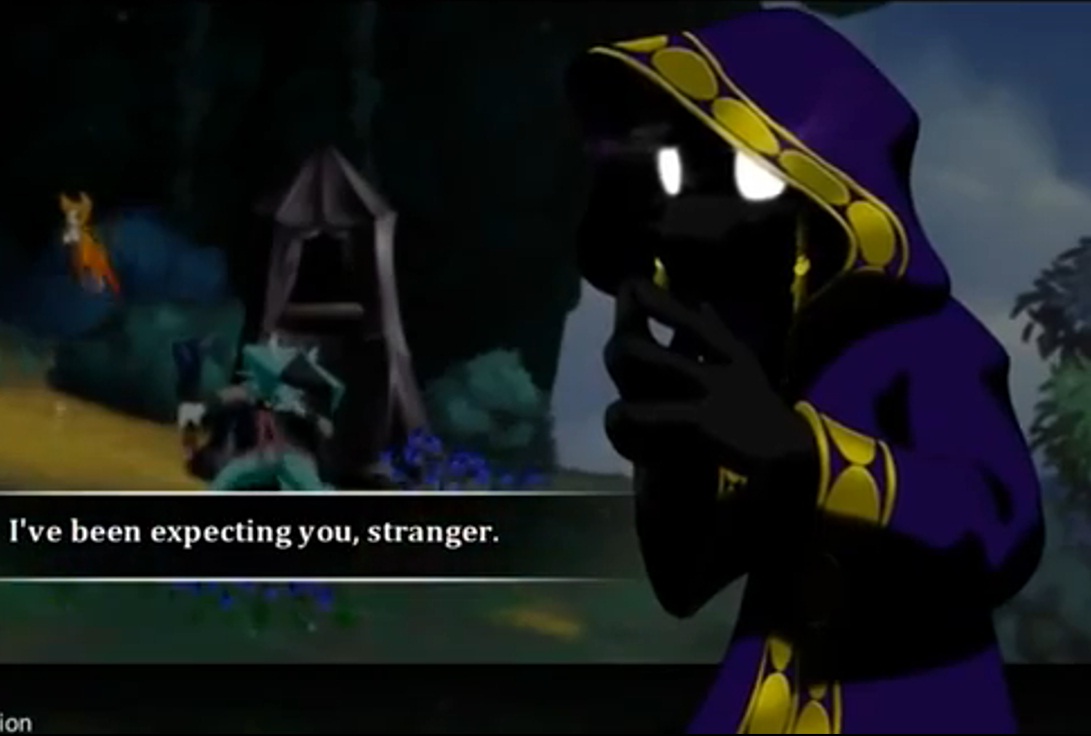 The game provides you with the typical RPG elements, such as gaining levels, spending points on stats, getting money to spend in shops, getting better equipment and learning new skills over the course of the game. Combat revolves around making huge combo's and requires alot of timing when blocking attacks. There are many bosses and there's a story behind each and everyone of them, as well a good story behind Dust.

The game also has things you can do outside of the main game, such as a bunch of side quests, chests with quick time events and finding enough keys to open them, and also a whole bunch of familiar characters to find from other games, such as super meat boy.

Overall, if you're looking for a game with furries or anthro animals, then this game is definatly worth checking out. At the very least, you should watch a playthrough of it. Fair warning though, Fidget tends to break the fourth wall every now and then. 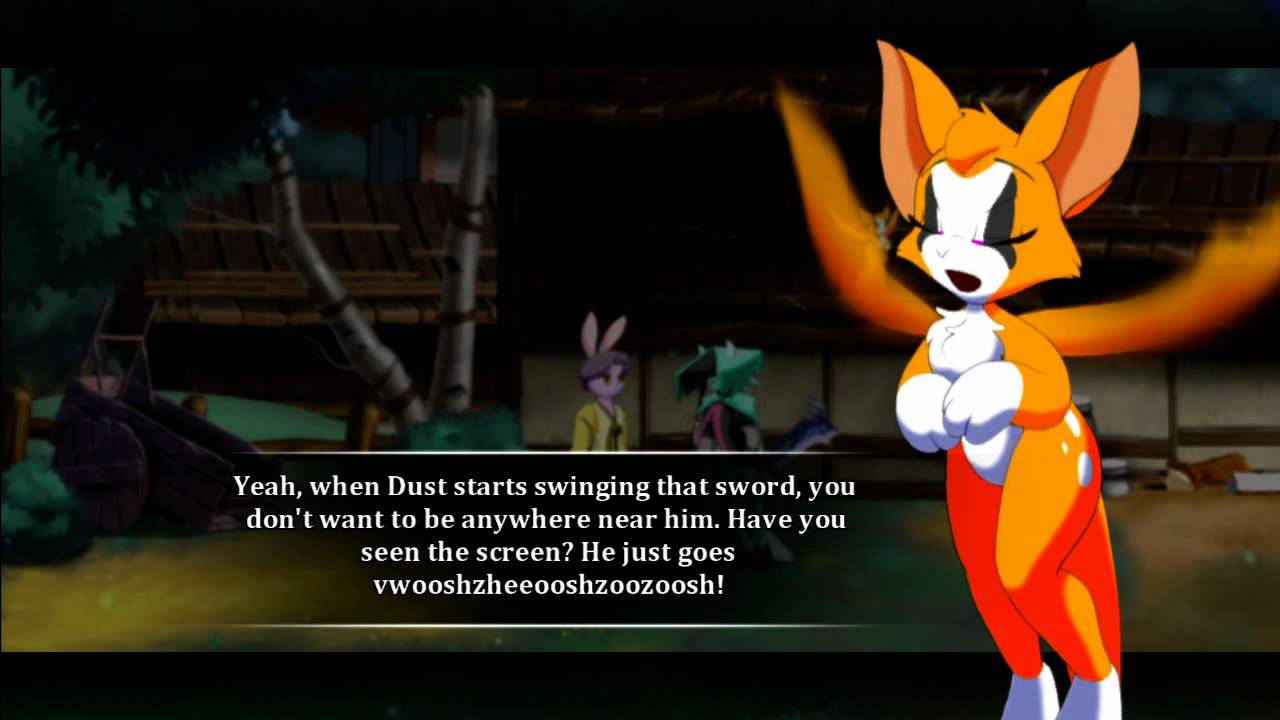 Rate this article A game with furries, a talking sword, and sad "Tails"

One of the cutest games I've played so far, hard to believe it was all done by one person!

man this makes me feel happy