PlayStation VR is not recommended for use by children younger than 12 years.
This is also why we have not seen some happy characters such as Crasha, Ratchet and Clan or Slyja Raccoon.
However, one development team has nevertheless ventured to launch the game with a sympathetic animal in the mainstream and we must admit that it has made a full hit for the PS VR platform.

Moss is a game of a brain called Quill that unlocks the link with a reader, or a big creature like the Spirited Away movie, using a mysterious nerve. As a reader, follow Quill in her quest for a missing uncle and help her survive the challenges that are designed for her far brave mice. It is a story that does not reveal more than it needs, superficially depicts your world and does not offer anything more than the intrigue itself. Still, it saves her that Quill is an extremely dear heroine. As soon as you see how small that arm is small, you automatically have the urge to protect it. Though he is bold at first, his animations show that it depends on you and that without a player it would not be on that adventure.

Moss is best compared to the platform series Trine, with which it shares a similar fantasy atmosphere. While Trine is a cooperative game, the player in Moss cooperates with his arm. It controls her in movement, jumping and fighting with enemies, and she is responsible for solving puzzles by pulling holes and manipulating the environment. From this combination comes the mechanics that learns and masters very quickly, and in later stages puts the focus on coordination between multiple actions simultaneously. Eg. You must disable an enemy by controlling the movement while classically managing to tamper with another. 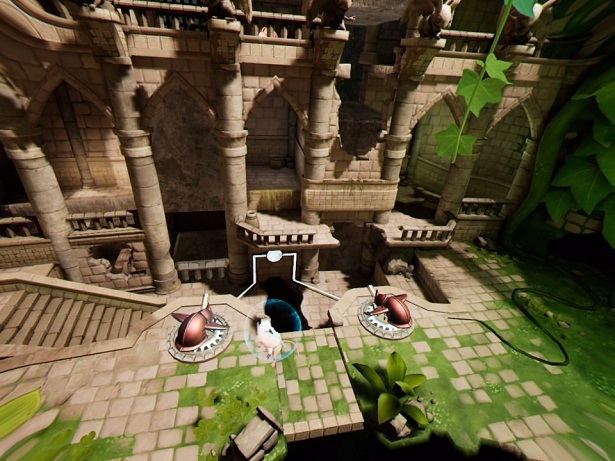 "Moss is actually a cooperative game, but for a single player who manages both the main and the secondary characters."


If the game is judged by this description, Moss has nothing to do with the original. However, virtual reality here makes a difference and it is difficult to explain this text very easily. In short, watching this game on TV and watching the same in the VR are two quite separate things. When you put your VR glasses on your head, you get a much better sense of space in Moss - you see new routes, easier to jump on the platforms and make it clear to you how small your appearance is in the world.

Sometimes you have to "wink" behind some objects, and sometimes from a different position you get a better overview of the situation. Play does not make you dance around, but it's smart to use a lot of 3D environments so you have to look around to analyze the environment you're in. 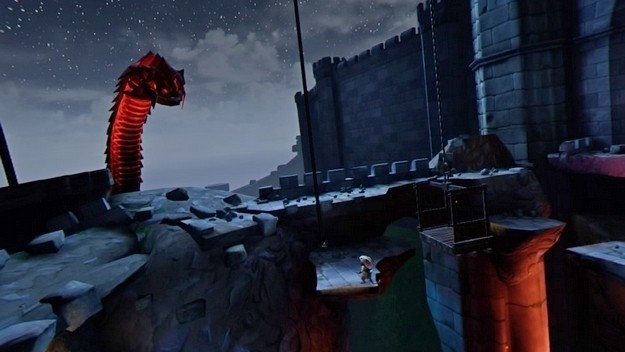 The only problem with this is that the game has some kind of bug that the camera pulls for some reason all the way to the left. Image centering for PS VR does not register this problem and the only way to resolve it if it happens is to restart the game. At one point I was not sure whether it was a bug, but when I noticed my neck pain from holding my head turned to the left, then I realized something was wrong.

"The game has only seven chapters and for 30 euros it offers three hours of playing."

The second objection I have to Moss is its short-term. The game has only seven chapters and at a price of 30 euro it offers three hours of playing the head. As much as VR was interesting, it is simply unimaginable that those few PS VR users with a high price of games "punished" for what they bought at all, especially since the games do not last any afternoon. I do not take it as an unforgivable minus, because Moss will soon find it to be down, but the damage is primarily because it's a good game here that would not hurt a bit more content in this price range. 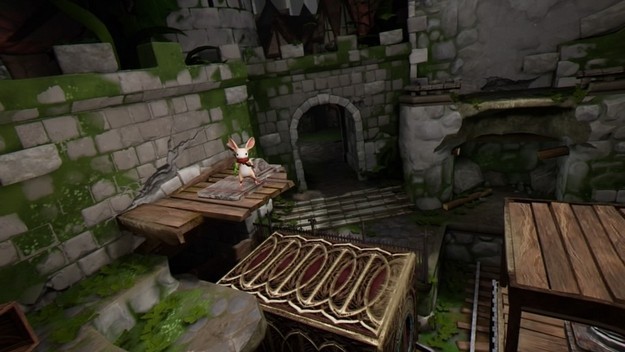 Quill's adventure ends as soon as it becomes tense and in the final part you can see what the developers could accomplish with this concept. There are indications that adventure will continue one day - maybe through expansion or continuation, but you know that chances for free extensions are extremely small. For now we can only say - what is there. And there is definitely a game that wisely uses the VR component and does not look like the last shred. Moss is a great example that VR has a great potential in both isometric camera titles and as such a definite recommendation to PlayStation VR owners.

Moss is definitely a game that justifies the acquisition of PlayStation VR. It is a great concept and a fantastic ambiance. It's just a pity that the anticipated price does not bring a bit more content.

Great Article, Had Fun Reading It!!!!

article is good, maybe the game is also?

Article is pretty good and the game seems nice!

Article is pretty good and the game seems nice!