Rate this article "Just Cause 4 review"

Just Cause 4 is an action-adventure single-player game open to the island of Solis. Again, in the role of Rice Rodriguez, the game sends you to destructive hopes in the hope of stopping a local dictator, freeing the oppressed people and discovering the mystery of extreme weather troubles that rule the island.

An introduction to the game will throw you into a fiery blackjack battle and instantly let you know how the gameplay segments are significantly improved. Apart from the sense of cracking and zooming ability, much of this is related to the functionality of the weapon. For some weapons a brand new concept was designed while others were already seen in previous games. So, for example, we have a machine gun that in alternative mode throws a shield that will reject all the fire at the price of a motionlessness, a grenade launcher that can fired the entire tank at once or me with a favorite smart rifle with which you can mark the opponents to which it will shoot itself. 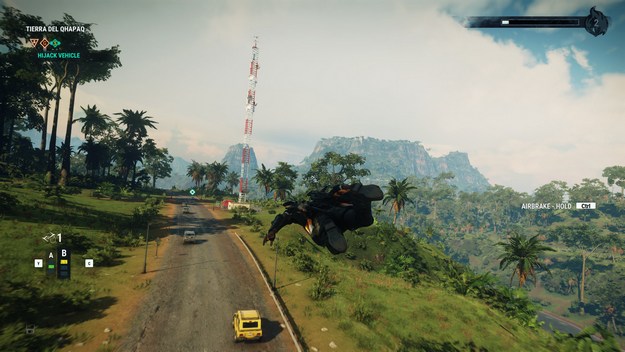 No vehicles are neglected. However, although the car model is improved, you will often feel that the vehicles are overlaid and easily destroyed. A fast ride on the hills will often result in unwanted flying, and popping out of the car at any speed will mostly result in his expulsion as soon as he touches an obstacle. Regardless, the offer of vehicles is diverse and often fun to use, especially if they are armed. So the use of helicopters and airplanes will make you practically indestructible. Avalanche has come to this fact in such a way that such vehicles no longer have unlimited ammunition, which is a bit odd decision for a game where destruction is the main source of fun.

Experimenting with new hook functions in combination with a variety of weapons and vehicles makes Just Cause 4 the most entertaining sequel to the series.

Sam Rico is less vulnerable than ever before. Whatever damage it would be a bullet, a rocket or a fall from a building - its energy regenerates in just a few seconds. Combining these facts and fun weapons will enable you to always face your face with explosions that will lead to truly impressive "blockbuster" action moments at every turn.

In addition, the return of all the tools Rico uses to move around the world is backed up. Of course, I'm talking about pots, parachutes and wingsuits that you will most often combine in the long distances that the game puts in front of you. The paddle will mostly be used for precision firing and shooting at the desired target, and wingsuit will be the main tool for speeding up the map. In both cases, you will be able to accelerate. 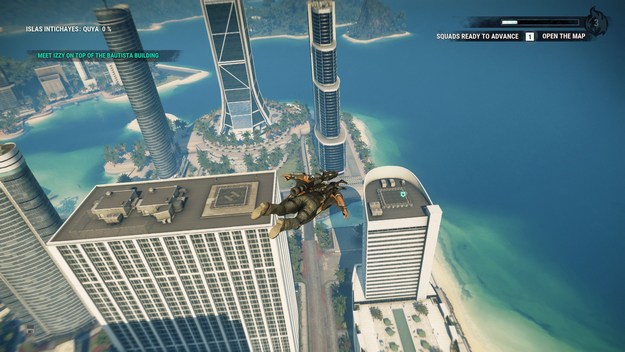 The hook function is significantly expanded in this section. You can combine two objects with them and attract them to different levels of intensity. Furthermore, you will be able to pin some balloons for some object to lift and hold them in the air. The third option is where you will be able to paste small engines on the items and launch them in the desired direction. You can modify each of the above features and combine them to match your playing style. Even though you are trying to prove their practical application, you will only use the first function in the grid of fighting. Balloons and engines will largely remain reserved for the "dull" moments in which you want to experiment with unrealistic physics and to create your own fun and funny situations that will often give you context.

Progress in Just Cause 4 is different than in previous games, but the change is not quite positive.

Progress of the game is a segment that has also undergone a big change. Namely, the game map is divided into many regions. If you loved the system of their release in Just Cause 3 where you did it by destroying all the destructive buildings, the settlement just by the resort, Just Cause 4, might disappoint you since this system is very simplified. This time, by destroying everything, you generate chaos. When you create it enough, you will get one unit. 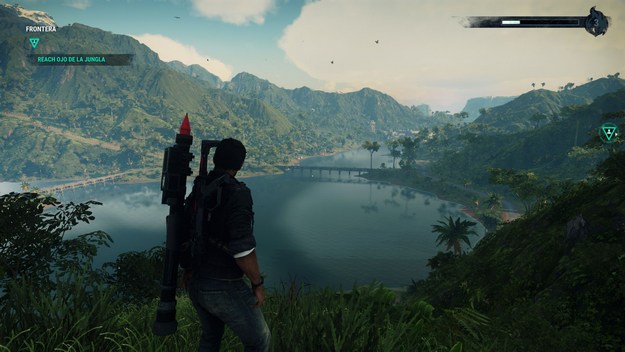 Though the word unit gives you an idea of the army you are going to take to war, the units in this case represent a kind of currency with which you will unlock the regions. Each region requires a number of troops to be released, and when you have enough, the entire process is reduced to just one click on the map. This would be somewhat okay when playing you would not limit the release of regions until the end of some missions in the main story.

Taking over the region is painfully simplified, and playing you in that way unnecessarily constrains and forces you to go through boring missions.

As each of these missions creates more than enough troops, it is enough to get through the entire story to get the whole folder. All this means that destruction ceases to be the main focus while playing you simultaneously forcing you to pass through repetitive missions where the main goal is mainly hacking the terminals. The only motive for going through the story and releasing the region ultimately becomes the fact that it is administratively bringing you rewards in the form of toys that are the main entertainment generator in the game - weapons and vehicles. 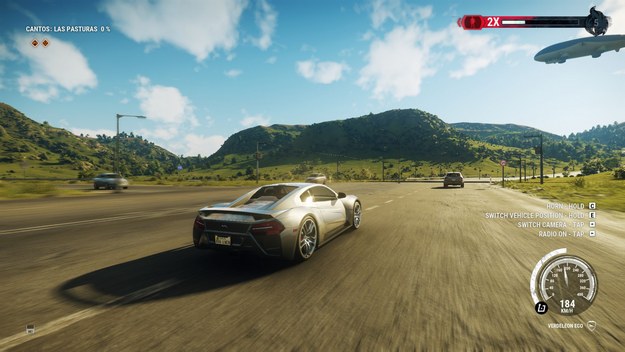 Neutral missions are nothing better than repeatability. There are activities such as finding ruins, cascading rides and wake-up wraps through the circles. As you will essentially do everything you do in the rest of the game, you will only be concerned about them because it will reward you by expanding the arsenal of the vehicle and the hook modifier.

A large part of marketing for Just Cause 4 focused on a system of weather disasters in the form of tornadoes, classical as well as sandstorms and blizzards. The final product focuses much less on the same, and only the tornado achieves that wow effect that destruction refers to a new level. It thus carries thousands of pieces and leaves all destructive objects that are not clamped to the ground and thus gives you a chaotic context for your throat. Other timescales do not have such an impact on the world, but they can boast of the good effects and the atmosphere they create. 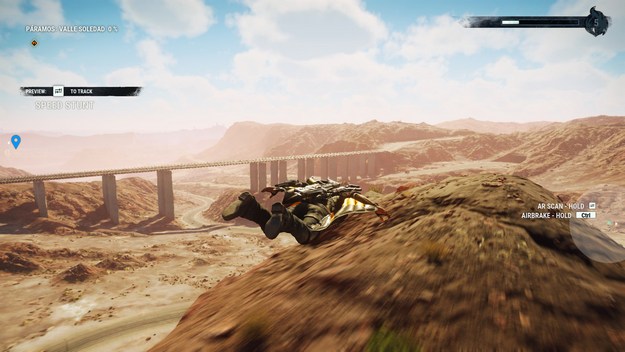 Just Cause 4 is visually far from impressive, and its most convincingly biggest problems are the inconsistency of graphic quality and numerous bugs.

In the end, Just Cause 4 is just another sequel in the series, but it does not delete the fact that it is primarily fun. Improvements in hook-style mechanics and the addition of new toys and weather systems make the experience of playing in his sandbox better than in the previous games. But while one side will deliver you everything you love, on the other hand, it will show you how a franchise that faces the identity crisis and the lack of inspiration looks like.

"More of the same" would in this case mean that Avalanche calmed down with the fact that Just Cause is the funniest when throwing us in a beautiful sandstone with a lot of toys and letting it go. But his story, superficial mechanics and technical problems are flooding water and sandwiches often make mud.

Rate this article Just Cause 4 review

Cool articale but the image isnt so good

Good article but image is not too good

I LOVE THIS GAME ALOT!

the image is not too good

well the article looks nice, somehow wanted to ask if it could have a better resolution picture (just personal opinion)
and also btw the copy-translate comment again

Image is not good

Nice work no complaints about it keep up the good work