Rate this article "Russian Roulette: One Life - Try your luck"

Russian Roulette: One Life is everything what the title of the game says to be. It's a match of Russian Roulette, in which you have one life. The game takes death to a new level - if you die, that's it. No second lives, no re-spawning, nothing. The game is over. The only way you can play again is by paying 2.39€ for the Immortality Pack DLC, which lets you retry infinite times. The simulator is free to play (once) on Steam, and you can play the practice mode as long as you don't die in the "real" mode. And while it might not seem like the "game" - if you can even call it that - has much to offer, it still makes for some great fun.

Made by Mechanics As Metaphor and published by Omey Salvi, the simulator starts with you appearing inside a cabin with some bald stranger with a suit, assumingly the devil. You play as a regular looking guy who for some reason doesn't have socks or shoes. The player can ask the evil bald guy questions about what the hell is happening, or get straight to the core point - the Russian Roulette.
The developer, Mechanics As Metaphor:
Russian Roulette is the prologue for a series of experimental games that I plan to make. The series is named The Divine Tragedy. This series is inspired by Dante Alighieri’s Divine Comedy.
The mechanics in this prologue aim to convey the finality of death. It is not a choice. It is an inescapable truth.
The only thing you can do is try your best to leave a mark on this world before you go.

The gravestones for the people that are dead

You can also go outside of the cabin, around which you can see and interact with gravestones which act as the leaderboard. The more times you win the devil, the more points you get. One round won - one point. Some people have actually taken this very seriously and gotten over 500 points - which is just hilarious if you think about it, because you get absolutely nothing for all those hours wasted just for a streak of kills.
The graphics are very simple yet effective - they do the job. There are also some small details added, for example, the person that holds the weapon also has red eyes, or that sometimes the bald man will not agree to shooting the gun, making you choose a different clip.
While the game might not seem like much, it really is a pretty interesting project. 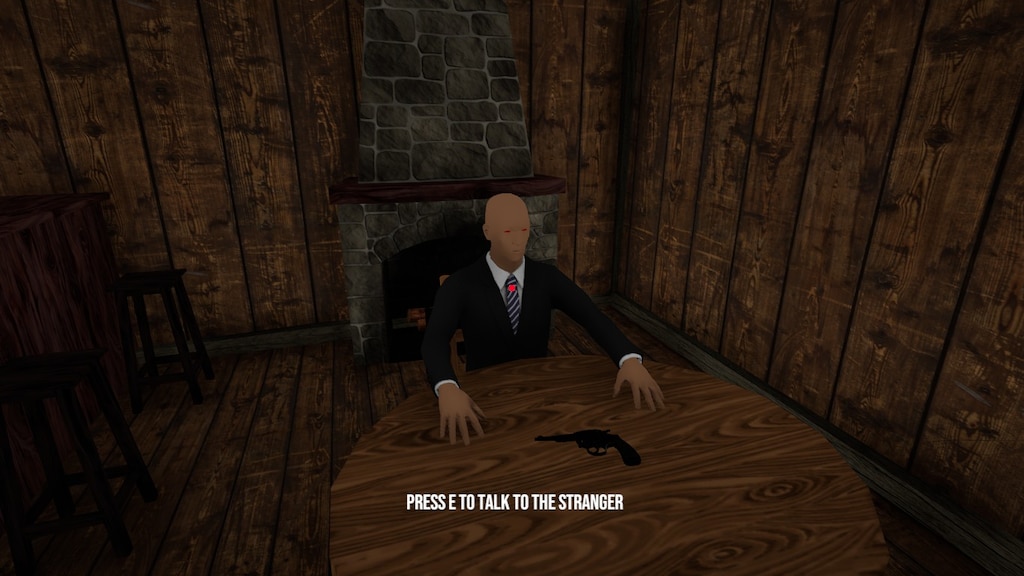 The Grim Reaper with red eyes

It might seem like the game is random and that to achieve the 500 win streak would be astronomically lucky, but there is actual skill involved to this game. If you spin the ammo holster of the revolver's cylinder just right - you win every time. And I don't mean most of the time - I mean all the time.
It does take some time to master, and if you'd like to see that done, you can watch MattShea's video on YouTube about this "game".
After you die in the "real mode", you can either wander around just to look at things - or buy the Immortality DLC. If you go with the latter, your highscores will be placed on a separate leaderboard to keep things fair. 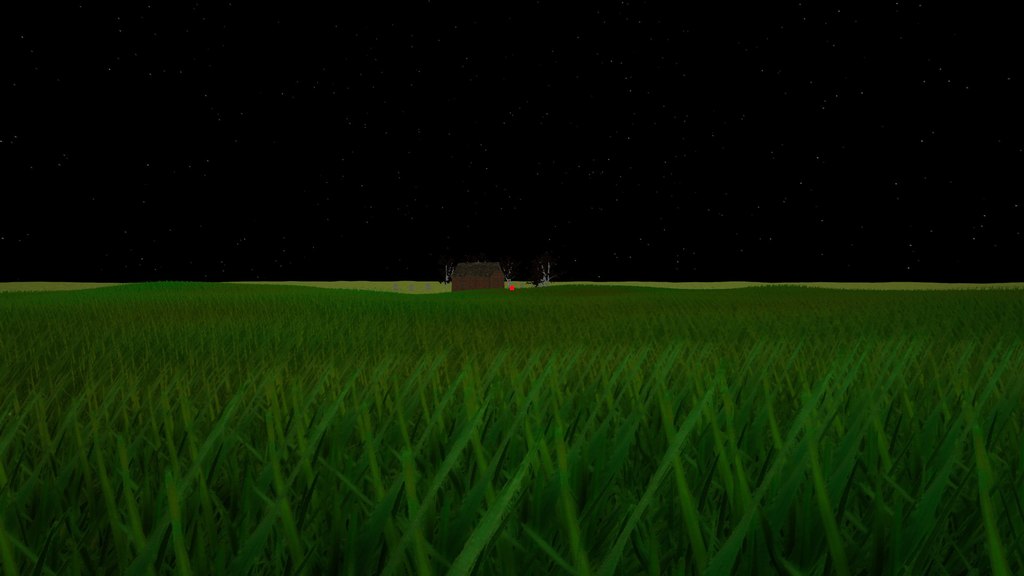 With the game being only an experiment, it is certainly exciting of what's to come in the series of these games. It's hard to describe Russian Roulette : One Life in a word or even a sentence. I'm not too sure, but I think I liked the game, even though I only have 14 minutes of playtime through which I certainly felt entertained.

Verdict: The game is authentic and the maker isn't afraid of doing something different. I certainly encourage that, because games these days are
getting repetitive, and so I do think that everybody should try shooting devil's brains out at least once in their lives, especially since it's free for at least one shot.
Steam Store Link: https://store.steampowered.com/app/951180/Russian_Roulette_One_Life/

Rate this article Russian Roulette: One Life - Try your luck

This one is a funny game.

I like how the famous game, Russian Roulette is being reenacted into o very simple game. Therefore the article is very good. Congrats!!

I like how the russian roulette is being reproduced in this simple game with simple graphics. Very interesting!!