Whether you're a Pokémon fan or not, you need to know about Pokémon: Platinum Version. This game is filled with thrilling adventures for you and your Pokémon, learn about them by reading until the end!

What is Pokémon: Platinum Version?

Pokémon Platinum is a remastered/enhanced version of the 4th Generation Pokémon Games: Diamond & Pearl. Pokémon Platinum has a lot of major changes and little tweaks for hardcore fans of the Pokémon series, and even those who don't know that much about Pokémon! It was released on September 13, 2008 (Japan), March 22nd, 2009 (North America), May 19, 2009 (Australia), and May 22nd, 2009 (Europe).

Once you press Start when launching the game for the first time, you are greeted by Professor Rowan.

He tells you all about Pokémon and their bond with humans. He also asks you things to make yourself feel more comfortable in your game experience. (Gender, name) He then asks you about your new Pokémon NPC Friend/Rival, which you can name whatever you want! The Default name is Barry. (We'll call him this for the entirety of this article.) 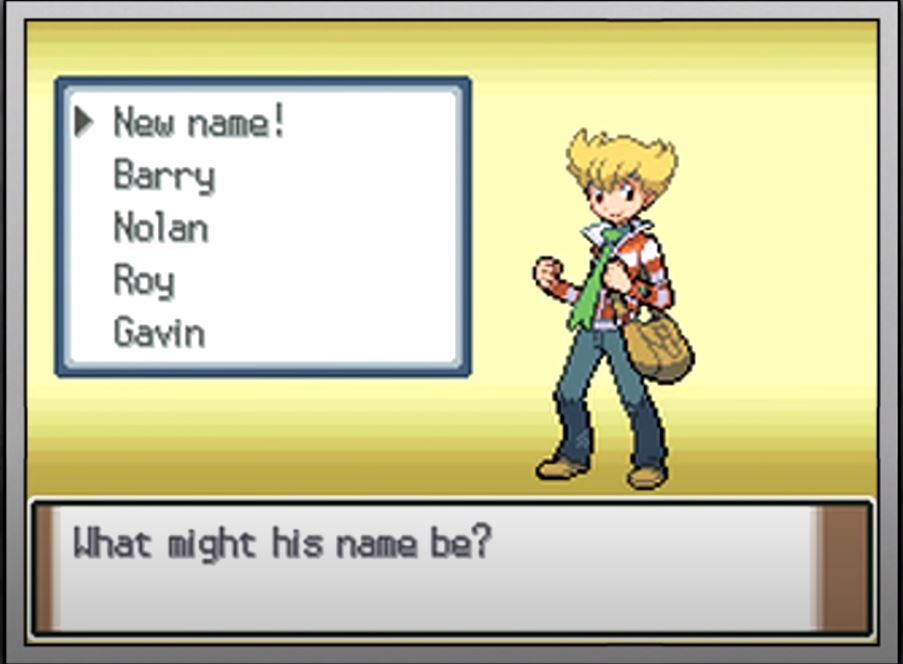 Once you've done all this, your Pokémon Platinum experience is about to start!


You are located in Twinleaf City, in the Sinnoh Region. You're inside your house, you just finished watching an episode of a show starring Professor Rowan called "Let's Ask Prof. Rowan!" when your friend Barry comes in and tells you that the Professor studies Pokémon, and maybe he could give you both some Pokémon so you could become Trainers. You walk around with Barry for a while, and you walk over to Route 201, and after a bit of chatting, Barry and you decide to head over to Professor Rowan's Pokémon Lab.

But then, you both stop. There's tall grass, and Wild Pokémon might jump out. But Barry doesn't seem to care and gets ready to run across the tall grass. But right when he was about to run across, someone yells "Hold it!". You both turn around to find that Professor Rowan was coming towards you both.

He notices that neither of you has Pokémon, and then contemplates giving you those. But he keeps in mind that you two were trying to run through the tall grass without Pokémon, which is not the best idea.  But then Barry stands up for you, saying that he was the one who tried to run through it. Because of this, he decides to give you BOTH some Pokémon! 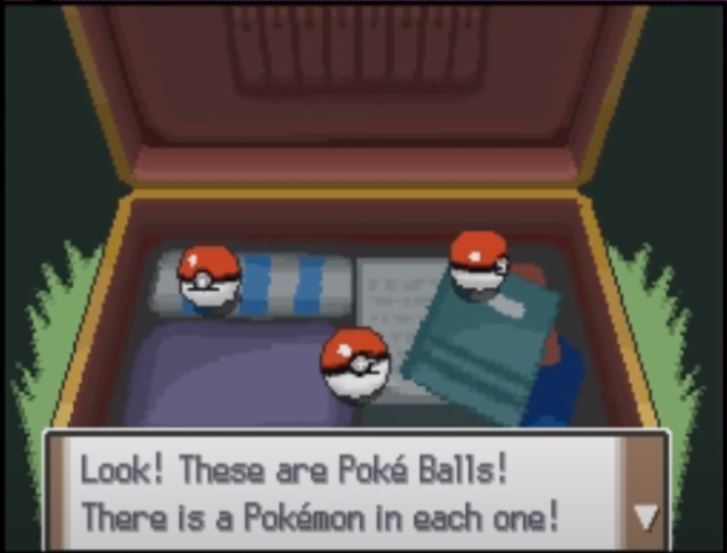 Right then, Dawn/Lucas comes up to Professor Rowan and gives him a briefcase, which contains 3 Pokéballs with Pokémon in them. The player then chooses a random Pokéball, which can contain any of the following 4th-Gen Starter Pokémon: Turtwig (Grass-type), Chimchar (Fire-type), or Piplup (Water-type).  Make sure to make up your mind, as you can only choose once.

After choosing the Pokémon that will accompany you in your journey, you have your first Pokémon battle with Barry! Once you beat him, you both head over to Sandgem Town, where Professor Rowan's Lab is located, to thank him. He then lets your cute little Pokémon have a nickname (he also gives you a Pokédex, a little library to know all about Pokémon while you discover them).

Once you've done all this, you come out of Prof. Rowan's Lab, and your Pokémon Journey has officially begun!

To make this part as short as possible: Pokémon Platinum's reception is mostly positive. Having an aggregate rating of 84% in Metacritic and 83.14% in GameRankings. From September 13, 2008, to December 31st, 2008, it sold over 2.12 million copies in Japan only.

Do I recommend this game?

Absolutely. This was, in fact, the game that got me into Pokémon. It’s one of the best Pokémon games I’ve ever played. If you have it or have seen one at a very cheap price (such as $20, or less), consider yourself lucky, as this game is now a Collector’s Game and its price is very elevated. You can also watch videos if you want to get the Pokémon Platinum experience from the comfort of your device. That’s up to you!

Thank you for reading until the end. I hope you learned a little about Pokémon: Platinum Version. Please leave your opinions in the comments! Feedback always helps!

Thank you, everyone, for the very encouraging comments, I am most likely to make a new article on another Pokémon Game, please tell me which one!

oh my god is very good for you article

we cant play pokemon in Türkiye

Ah the memories me and my Turtwig had

well this game is expensive for me, but nice article!

Nice article! Normally I would play the series in order but this game really attracted me.

Love this article and ahh the memories :D

Great! Does it still hold up when compared to more recent Pokémon games?

It's better than most other pokemon games. I used to play this game a lot 5 years ago. I wish I could just go back to those days.