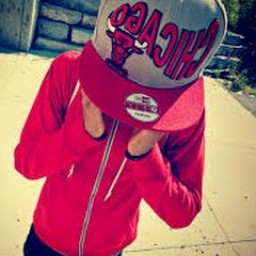 Commented subject I can't keep the good level of play.

Hello. Can you help me? I'm the last silver. When it comes to be aware what's around you, to control bombsides, to play smart, to shoot from medium distance,I'm quite good. It's worse when shooting in close distance. I panic after failed first shots and forget how to aim. I paste below two demos of my matches. One is from won match, where I played good, where I played very smart in first round especially, the other one is from the match right after previous one, which I lost and played very bad. What can you suggest me? I think it's something with my mentality - if I start good, it will be good match. If I start bad, I play like noob (especially when it comes to aiming). What's wrong with me?

Recently i have many boosting service on OW. U know, Canals, 9 spinning AFK's and suspect aces them. Why it comes to OW ? It is only boosting, even it is not griefing....

Commented subject What would your dream update include? (Name 3 things!).

Name 3 things that would be added in your Dream Update! 3 changes, or vehicles. You get the point, it's not that hard :D My dream update for War Thunder would include the following: 1: The introduction of the many many MANY missing armament and ordnance loadout options for all the aircrafts, as well as historically accurate ammo belts (Where's my Japanese and German HE rounds for their MG's?!). 2: Much more detailed damage model for both aircrafts and tanks. Tank armor is very trolly sometimes, and stuff like tracks and sights can just eat shells that they simply shouldn't, aswell as the troll bounces. For aircrafts especially, I'd love to see more detailed damage models. While they are decent, I miss the variety of damage that can be done in something like the IL-2 Sturmovik series. 3: The reduction of the BR spread to 0,7. At least for tanks.. Come on Gaijin! Please!

I'm asking because I thought they were going to add it along with the general foliage improvements and optimization. I run (probably) the lowest spec system here, and when playing this patch, was pleased to see my frame rate consistently above 40 in GF, even with this supposed "ground deformation" feature which was implemented in this patch. It seems that instead of implementing the ULQ foliage, they lowered the render distance, which a few people suggested. This works to a certain extent, but I can still "see through bushes", as well as the geometry of vehicles at extreme ranges (+1.5km). The game still looks barren, but the fog is much thicker, even on "clear weather" maps Overall I'm happy with the improvements in this category so far, but I'm a little disappointed that the low quality foliage wasn't added instead.

Why does the in game mission for the IS6 have a win requirement when the list of requirements on the web page does not?

Commented subject Okay folks... WHAT can I do to affect positive results here?!?.

I gave my side up too often, and I may have been too cautious when I should have been bold, and vice versa. Other than that, ideas? Also, Notice how some folks who talk $#!t do jack? ~B http://wotreplays.eu/site/3985907#el_halluf-beornotns-m48a5_patton

Hi. I am a low spec gamer. Should i use multicore rendering on or off?

I can't keep the good level of play

What would your dream update include? (Name 3 things!)

Okay folks... WHAT can I do to affect positive results here?!?