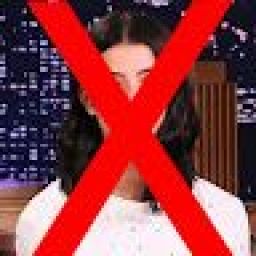 I really like GTA 5 and I've been playing it for 4 years now. I think you should try it to if you haven't already.

It's magic, actually. Games are about places more than anything else, the complete ground-up construction of a universe and the magic of making you believe you're really in it, and GTA 5 still has the greatest sense of place of anything I've played. Los Santos is conjured up through Rockstar's superlative attention and craft - craft that comes at an extraordinary human cost, lest we forget. There are really two ways games do the sense-of-place thing. One is that brushstroke, pixel-arty method of minimalism, impressionism, conceptualism - the games that give you just enough to subconsciously build the world yourself in your own head, and nothing more. The other is the polar opposite: maximalism and literalist detail. This way says the world feels more real because it just clearly looks and sounds more like the real thing. This is Rockstar's approach and the approach of almost every other megabudget game in the years after GTA 5, driven forwards by more powerful consoles, more efficient engines, exponentially more money in the system.

But GTA 5's size is focused and deliberate, targeted detail over detail for its own sake. Games like GTA give the impression of a developer that wants to include everything, to recapture the world exactly as it is, but GTA itself doesn't. It wants to draw your eye, to highlight and direct. It's ingrown hairs on Michael's bare calf, interactions in the street, different police responses depending on where you are. Even the way Michael gets up from a sunlounger in one early cutscene stands out to me now, returning to the story. He gets off that sunlounger and stumbles, just catching his back foot on it as he tries to climb across. It's barely there, not obvious enough to be a joke. It's just a little touch, a human quirk of motion capture and animation, a step away from catch-all photorealism and into observation.

This is where the people at Rockstar are masters. Their ability to see the world in a way that recognises little things and to focus on them, the incidental moments that scream humanity when you put them in a game - a game that, in GTA's case, is also viciously inhuman at the same time. This is where GTA's world - all the more of a systemic marvel in the wake of the Cyberpunks and Watch Dogs that came since - steps out of its machine-like ruleset to feel genuinely alive. It's where its soundtrack goes beyond a collection of bangers and into something assembled, by a team of half a dozen people, with extraordinary craft.