Zork I, also known as Zork: The Great Underground Empire – Part I, is one of the earliest IF (Interactive Fiction) computer games that drew its roots from the original genre game Colossal Cave Adventures. 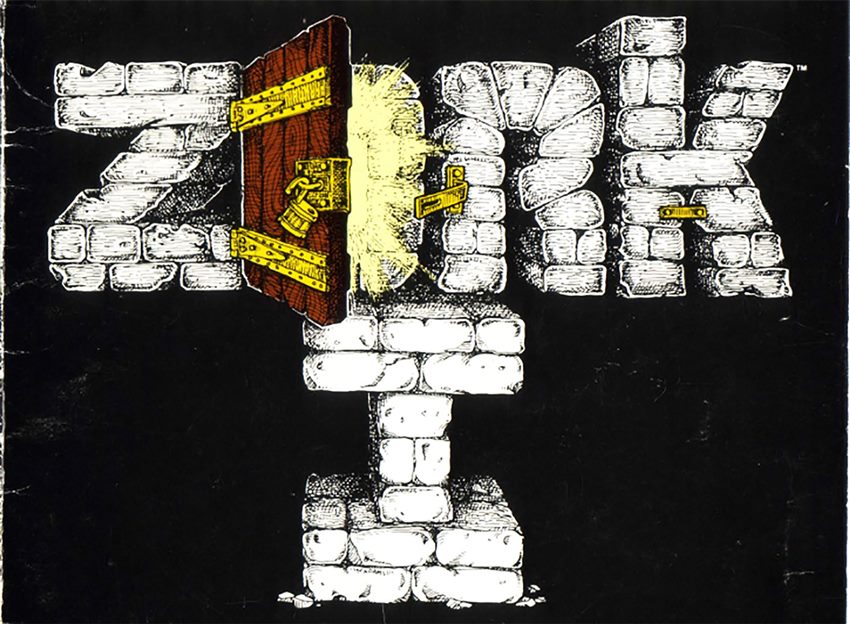 The first version of Zork was released between in 1977 on a DEC PDP-10 computer, on which it was also programmed on. It was written by MIT members Tim Anderson, Marc Blank, Bruce Daniels, and Dave Lebling who were part of the Dynamic Modelling Group.

Game was officially published in 1980 by Infocom, and it was the first game in the popular Zork trilogy and was released for a wide range of computer systems such as Atari, Apple II, Commodore 64 and DOS. It was also Infocom's first game, and sold in 378,987 copies by 1986.

Zork distinguished itself in its genre as an especially rich game, in terms of both the quality of the storytelling and the sophistication of its text parser, which was not limited to simple verb-noun commands ("hit troll"), but recognized some prepositions and conjunctions ("hit the troll with the Elvish sword"). 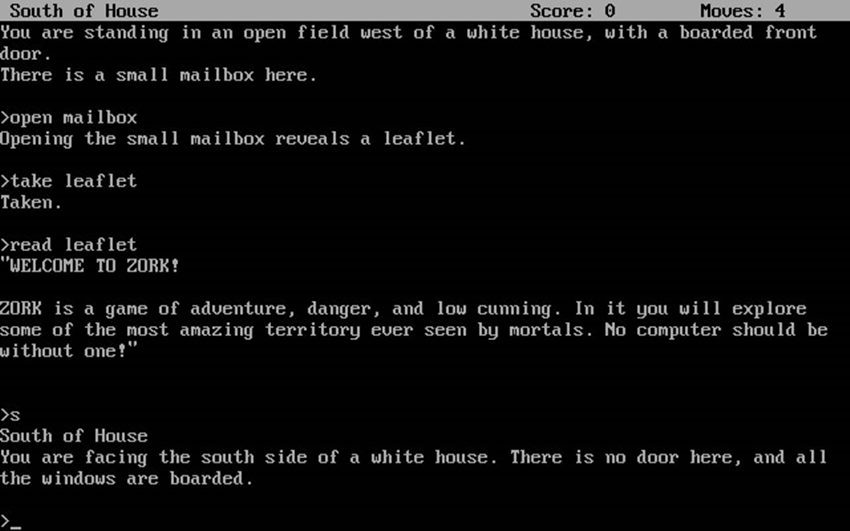 The opening text of Zork I is among the most notable descriptions in video games yet so simplistic compared to the later games from Infocom, many of which started with screens full of introductory text.

Story is set in “the ruins of an ancient empire lying far underground” and takes place in Zork calendar year of 948 GUE (GUE stands for Great Underground Empire). The player is a nameless adventurer who steps into the dangerous land in search of wealth and adventure. The goal is to return from exploring the Great Underground Empire alive and with all treasures needed to complete each adventure, gaining the title of a Dungeon Master.

The game begins near a white house in a small, self-contained area. Although the player is given a very little instruction, the house is an obvious point of interest. When the player enters the house, it yields a number of intriguing objects, including a battery-powered brass lantern which has a limited lifespan, an empty trophy case, and an Elvish sword of great antiquity (such a cool and useful thing IMHO!). 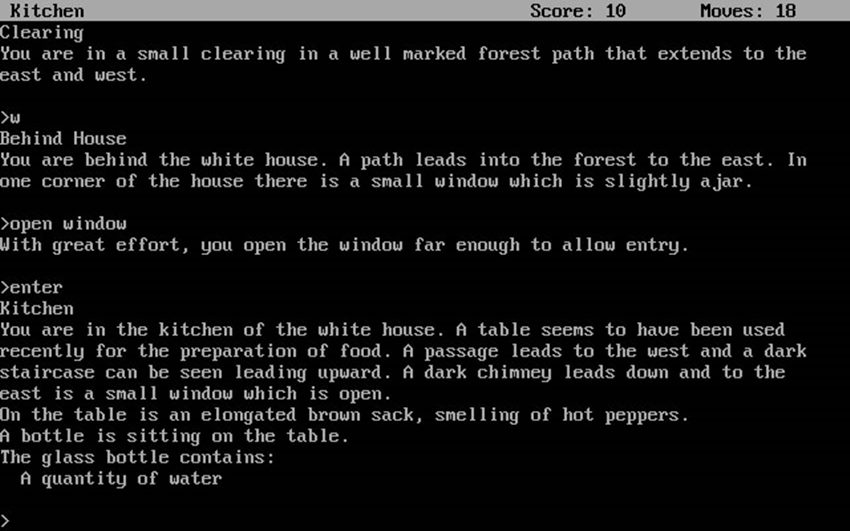 Beneath the rug, there is a trap door that leads down into a dark cellar, which is revealed to be one of several entrances to a vast subterranean land known as the Great Underground Empire. Soon, the player encounters a colourful host of dangerous enemies, including deadly grues who only prey on their victims in the dark (they are the reason why the lamp is so important), an axe-wielding troll, a giant Cyclops who flees in terror at the mention of Odysseus, a vampire bat that can drop the player anywhere in the mine if encountered, evil spirits guarding the Entrance to Hades, and a nimble-fingered thief armed with a stiletto who makes mapping the maze difficult by removing or scattering any items that the player might drop to leave a trail. 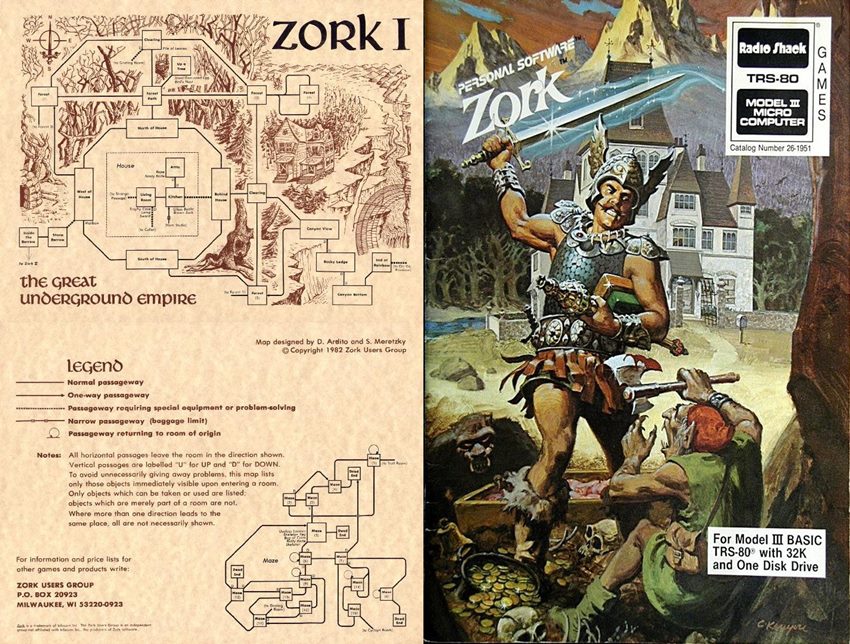 Now little bit more about how smart the command system was. The player is not limited to verb-noun commands, such as "take lamp", "open mailbox" etc., instead the parser supports more sophisticated sentences such as "put the lamp and sword in the case", "look under the rug", and "drop all except the lantern". The game understands many common verbs, including "take", "drop", "examine", "attack", "climb", "open", "close", "count", and many more. It also support commands to the game directly (rather than taking actions within the fictional setting of the game) such as "save" and "restore", "script" and "unscript" (which begin and end a text transcript of the game text), "restart", and "quit".

You could modify the amount of information displayed on screen, in each room, and subsequent return to the same room, by commands "brief," "superbrief" and "verbose." "Brief" would give a moderate room or item description on the initial visit, and a bare minimum on subsequent visits, "Superbrief" would only give a room title for each and every visit, while "verbose" would supply "Maximum Verbosity" by giving all available information in each room, or item thereof, or revisit thereafter.

I have definitely enjoyed playing the game even though I haven’t manage to finish it, I recommend it to everyone to give it a try!! For those who would like to try the game here is a link to the web version of the games:

You know how to write

hey, i know this game

Thanks, this is truly a real classic game!

Oh man, this is pretty impressive!
Keep up the amazing work!