The WRC franchise has already gone through the hands of some developers, but since 2015 the person in charge of the project is Kylotonn, who has been working on improving the series ever since. World Rally Championship 7 hits the market for PC, PS4 and Xbox One with technical improvements and revisions in the structure that justify the upgrade to the new title of the saga.

WRC7 is the official title of the famous namesake auto championship, and the game focuses on passing the experience of this competition. In all, there are 13 distinct environments based on real scenarios, each with its own characteristics, both geographic and distance. As for the game modes there are three: in solo mode it is possible to build a career, play quick matches, conduct the test of direction and test your skills and also create personalized championships; in "Multiplayer" there are three modes of competition, including the possibility of playing in local split screen; lastly, the "Championship", which are online temporary events that generate global rankings.

When starting the drift in the asphalt the dust of the wheels rises immediately.

The graphics have undergone visible improvements. The cars have a more detailed exterior, including carcass crunches caused by accidents, the lighting effects have also improved and the contrast in the environment matches the time of day. The scenarios are also better than in 2016, but they did not follow the same progress as the vehicles, so there is a certain lack of balance in this context, but of course the experience is not impaired.

The cars were represented in every detail 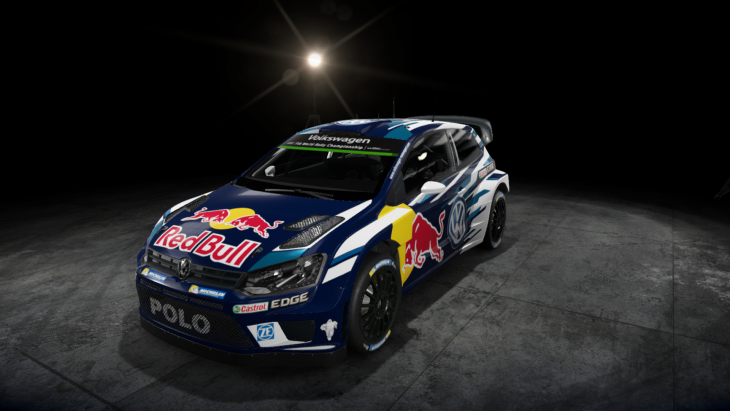 The gameplay is the trump of WRC7. The game underwent severe adaptations in the direction of the vehicles, which left the title closer to the cars in real life, but with that also came the increase of difficulty. Even the most basic mode of steering, the "Amateur," is no joke and can be hardcore for some beginners. To drive well, it is necessary to know the car, to keep control at high speeds, to reduce at the right time, to pull the ugly hand in the ideal time to close the sharp curve without hitting and not to disturb the speed recovery of the car.


In replay mode you can watch the race from various angles

Do not get frustrated by skidding, losing direction or being thrown off the track, because in the beginning it is just the same. It takes time to adapt to the frenetic way of the rally; and this adaptation is positively intermediated by the great controls of the game. Kylotonn has struggled to offer commands that are accessible and easy to decorate, both in the most basic and the most complex, so after a few rounds of championships it is natural for the player to feel confident about trying a gameplay that is closer to the simulation.

FIA World Rally Championship 7 is the kind of franchise progression that every fan deserves. The new game in the series is not a recycle from last year, but a new edition with laudable upgrades, especially in gameplay. By being well suited for the controls, after a few hours of gaming it is worth changing the direction style and betting in more difficult ways. WRC7 delivers what it promises: to experience what a sporting rally is and enjoy its loyalty and focus.