Rate this article "World of Warcraft: Battle for Azeroth review"

What is the game here about?
-Battle for Azeroth is the seventh expansion for the popular World of Warcraft, MMO star for 14 years. Expansion is not free, but all previous WoW content is - provided you have an active subscription on a monthly or yearly basis.

One day came that day when people in front of the grocery store raise tents and wait for 20 o'clock in order to pick up new dozen of the famous World of Warcrafter. But who would still think that this tradition started nearly 15 years ago? While older veterans with nostalgia remember the night strolls of Barrense, where the more damned Mankrik's wife is, the others are still reaching the vast world of Azeroth ... And they are having a great time. Whether it was for some or not, World of Warcraft had a lot of opportunity to grind, and Battle for Azeroth is about to take a bit of life in the MMO again. But while everything is new now, there has been little change. 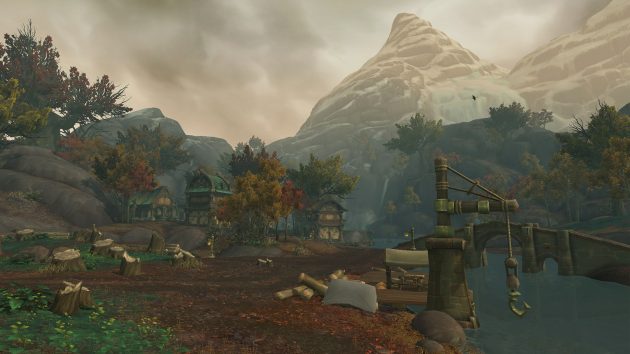 Where do I ever start? Having finally settled down on Sarger's "Fel" corruption and his spaceships, the Alliance and the Horde are trying to answer the question "whose dad is stronger". To make one side ultimately predominate in eternal warfare, they are both looking for new friends. This is where you are in the situation of traveling to new continents and solving other problems (again). It sounds a bit mute when I put it this way, but Blizzard has managed to find the gold medal where the story is superficially still touching the central theme, just without ever being constantly dave. The story goes so far back to the good old adventure, or to the collection of fairy tales. Expect for evil witches in a wild forest or a cult who secretly observe squid in rural pastures. And really, the first thing I have to boast about these new locations is really beautiful and they agree very well with Warcraft's aesthetics.

Battle for Azeroth is a collection of fairytale and beautiful imaginative stories.

But let's be realistic, who still plays WoW for the story ... Contrary to most of what he will follow, I have to admit that I've been having fun for the first few weeks. Anyway, I was having fun very well. But that's about some of the praise I could give because, as is the case, most of what you've been collecting, firing and winning in the previous expansions are worthy of Freesia's fingers. This is primarily related to the legendary "artifact" weapons that were at the center of the recent expansion - the Legion. The whole system is now thrown away and at its place the necklace is very similar, but also less functional. 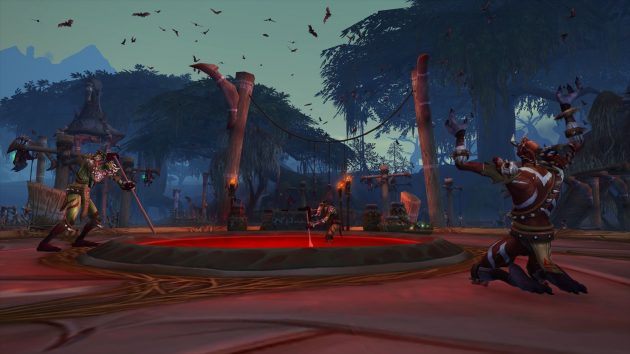 The little fashion detail called "Heart of Azeroth" will get you in the first hour, and it's a subject that will, in parallel with your character, accumulate a "experience" on the way to a new level 120 and beyond. That thing does not actually do anything in itself, but its advancement serves as a condition for the other equipment you find afterwards. Some new items will now offer you a choice between several passive benefits, but this is less important because a good deal of them is not at all interesting. The problem is that your class does not even learn new tricks along the painstaking process of leveling, so it's not clear what is the point at pushing these extra 10 levels? As you completed Legion, you will now continue to twist the rotations from acquired muscle memory, and it becomes dull. And hard work. Very tiring.

Through the new ten levels your class has nothing to learn or overcome.

Of course, Battle for Azeroth offers a lot more, but I can not make it clear that all this sounded better when it was on paper than when I finally tried it. For example, the new "expedition" promises to navigate the sea in search of "treasure" on the still undiscovered islands. However, the sailing itself is reduced to the most usual loading image while the island is a bit bigger the arena for waving mobs. It all actually plays like another "battleground" in which the Horde and the Allies are racing about who is going to nurture the resources needed to finish the match. Really nothing revolutionary. The only major difference is if you do not like PvP, you can also play against "bots" or computer controlled characters that simulate an opponent's faction.

But that's not all about PvP because most of the expansion contextually actually somehow leans toward it. So called. The "War Mode" that you can only fire or extinguish in the capital is another attempt to return PvP from the Arenas and Battlegrounds to the open world, something that Blizzard has never really done to date. However, this time it may have different results because, apart from being able to beat everyone up to you while you least expect it, you get 10% more rewards than the quest. But even that is not all, because those who in this way succeed in seizing the most victims also receive reward and on their own head.

Battle for Azeroth tries to unite PvP and PvE.

All this is great and wonderful, but I still personally still lacking, since it will take 10% more time for me. Frequently the quests you are sending to you that these or those of you are so exhausted enough, and since I just repeat all the same routines as I do in Legion, I usually want to get it done as soon as possible. Battle for Azeroth is the easiest way to call it expansion expansion because you're sending subordinates to tasks, choosing folders in the order you want for scaling the levels, and ultimately doing "world quest" for the purpose of raising numbers called reputations. Indeed, all the same as before just this time you can work on a new terrain. While the whole set of systems in itself was quite good, it is simply not so exciting, although I'm glad to see that all continents are now somewhat scaled down by the levels. 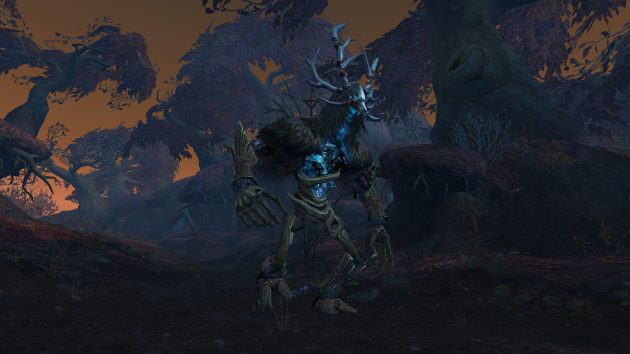 Most of us really dreamed of a new fashion that unfortunately was not yet available but arrived at Battle for Azeroth. "Warfronts", or special missions on specific maps that are a kind of PvE simulation of Warcraf's party from old RTS days. Of course, instead of being able to control everything from the cloud, you only get the role of one of the pawns here. All of this is, of course, much more complicated and elaborate than it sounds, because the battle is about to go off your entire faction, first it has to donate enough resources. At the end of the party you will lock the battlefield for a period of one week and open the door with new content and benefits, if you win.

Sounds great, I know. That's what WoW should have been long before, but better than ever. However, I'm still a bit skeptical because it's still one of those points on paper. There are no new classes this time, but there are several new breeds there. In fact, it is actually supportive of existing variants such as treadmill, tauren, dwarf or elf. But before you can play them you need to unlock it first (read the farm) through new content. Do not assume that this expansion will start with something of a Friar, since you can only do this when you have seen and done it all. After all, Battle for Azeroth still adds only the very same with very minimal, if any improvements at all. 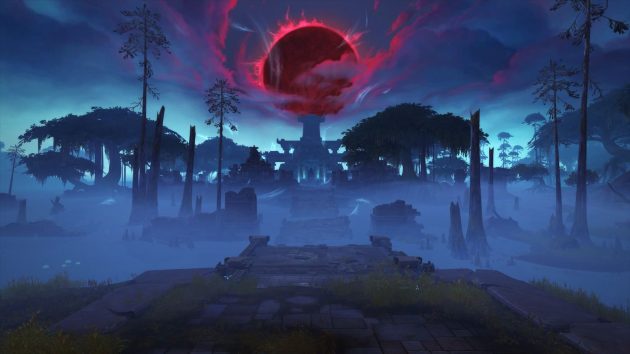 There are, of course, several new dungeons, but I have been honest with tears for a while. I'm obviously a fool to wait for the seventh time to expect something to change here? I mean, the whole thing is so simplified that there are barely any RPG elements left. Quest and their tasks are revealed to you on the map, each subject offers the same statistics so you are bothered with numbers, and in this way something is becoming something of the sort.

That is why Battle for Azeroth sank into a silly repetition of good fun, which is not surprising at all. If nothing, a good number of irritations such as primitive gaming interface can still be solved by modes, and there is also an official but hidden option of "action camera" that offers grain dynamics. And though it is currently somewhat limited, it is easy to expect Warcraft expansion at least a bit more. In the fight against Azeroth, there will certainly be more things to complete, but by then I know when to stop.

Rate this article World of Warcraft: Battle for Azeroth review

This is so awesome thanks for review very good

Nice job nothing to complain about keep going and improving

i played it since the wow classic