A brand new game coming from Canada, from a small company named Compuslion Games.
After almost five years of hard work, It's finally here... a game of paranoia and survival placed in a
drugged-out, dystopian, retrofuturistic English city in the mid-1960s.

We Happy Few is a tale of a plucky bunch of moderately terrible people trying to escape from a lifetime of cheerful denial in the city called Wellington Wells. As the story goes you will find a city ravaged by war and rebuilt by delusionally happy people. You’ll have to fight or blend in with the drug-addled inhabitants, most of whom don’t take kindly to people who won’t abide by their not so normal rules. Going through the incredible fictional England you will discover the history of this world and how it came to be just beguilingly happy.

The dark history will be revealed as you play through game's three different acts controlling one of the three characters, each having their own skills and abilities, and their own reasons for escaping. Each of them has its own storyline, reacting to the events of the world around them, and their place within it. As they face their pasts, you have to prepare for the future, and engage in activities that aren’t exactly status quo in the artificially-enthused society. If you act out of turn, or they notice you’re not on Joy, the locals will become suspicious and will rapidly turn your frown upside down! Forcefully. You will need to practice conformity, stealth and combat if you want to survive long enough to escape. 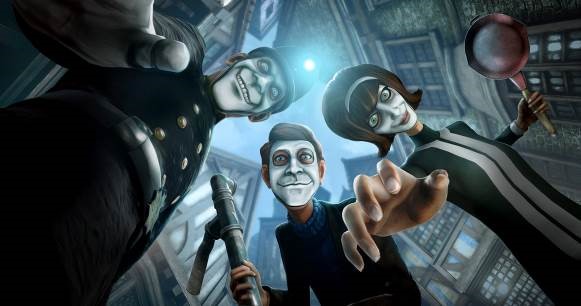 Also I must not forget a brilliant and an important role of crafting in the game which allows us to combine a vast amount of items. Exploring the world, old ruins and abandoned homes we can find a lot of interesting items, food, drinks, flowers etc. which can be then combined to create many things such as weapons, tools, food and drinks, clothes and of course very important, medication. Food is used to maintain nourishment or thirst; staying nourished improves certain character attributes, while being hungry or thirsty can negatively impact these attributes. You must also make sure the character gets rest to also maintain these attributes.

Discovering safe houses you are able to fast travel through the hatches between the other safe houses.In every safe house you can find a chemistry set and a workbench which allows you to craft the items, also a safe place to rest and a pneumatic stash where you can store safely all your items accessible from other safe houses.

Now, let’s come back to our three characters... They are not a typical video game heroes – they are flawed and not particularly heroic, but still special in their own ways.

Arthur works as a “redactor”, censoring and approving old news articles from Wellington Wells’ Department of Archives, Printing, and Recycling. While working, he came across a news clipping of him and his older brother Percy after World War II. Wanting to remember Percy, Arthur refuses to take his Joy and gets called out as a "Downer" by his boss, Victoria Byng. As he gets chased out of his office, he ends up in the Garden District where his story begins... 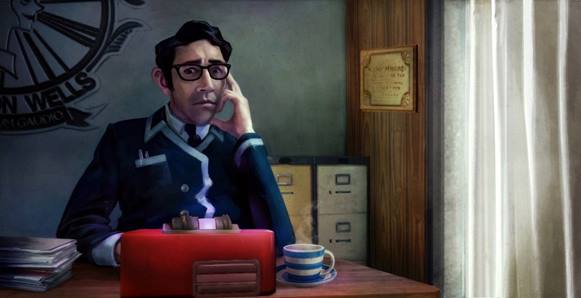 The creator of a new brand of Joy, Sally Boyle works as an experimental chemist in her own laboratory after being kicked out of Haworth Labs by its director, Anton Verloc. She keeps the rich and powerful supplied with powerful concoctions that no mere pharmacist can make. Threatened by the police, Sally is forced to scrounge the city for new ingredients to create a fresh batch of her special Joy to supply them, but she has a big secret that no one must know about…

Ollie is a former soldier from the British Army, who lives as a recluse at his fortified hideout in the Garden District. His only company is a talking hallucination of his daughter, Margaret, who was killed years ago during the "Very Bad Thing". After helping Arthur with his journey and having his hideout destroyed by Wastrels, Ollie decides to take the things in his hands to reveal the truth... 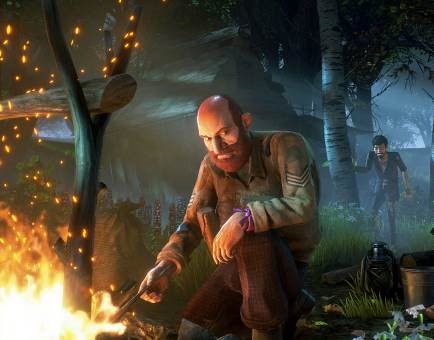 For the end… while the citizens of Wellington Wells will always want to ensure that you’ve taken your Joy, and the game will make sure that you experience it different and unique every time you play it...

And now… the choice is yours. Take your Joy… or don’t!

Your work is interest

It is a bit strange game about its history, but as you advance in its environment and you are deciphering the mysteries it hides, you realize how well the title is done.

look as if it is from France

I liked the game, but it starts being kinda generic.

Nice one! I honestly love that game since the first moment i heard about it! Definately worth playing