Warhammer: Vermintide 2 is the second part of the Vermintide series, widely accepted by critics. Players are waiting for a fierce melee in co-op with a first-person, where people confront crowds of various hostile creatures. To the already known skavens from the first part, ratmans, were added the troops of the forces of Chaos in the form of the Nurgl cultists, who help the rats to build a magic portal that will link the lands under the control of Chaos and the heart of the Empire together. More enemies, locations, weapons and more depth of development of the characters, most of all. Vermintide 2 took all the players liked the original, and generously tried to embody something fresh.

About the plot of the game.

The whole story in the game is built around the fact that ratmen skaven suddenly got out of their underground holes and began to create all sorts of excesses. It was necessary to exterminate all this vermin from the top five random people who met in the city tavern. There are five of them, and they are all different - a gnome, an elf, a pyromancer woman, a witch hunter and an imperial soldier. Together, they were engaged in all sorts: they sounded the whole city about the attack with the help of a giant horn, destroyed the skaven lairs, and also destroyed the hordes of upright anthropomorphic rats.

The events of the second part begin with the fact that the allegedly killed leader of the rats from the first part captures the five heroes. Heroes are near the huge gate, with which hordes of Chaos will be able to attack the lands of the Empire. The gate, fortunately for the five, does not work properly, and the heroes manage to free themselves by starting the second round of the battle with the army of rats. Which, as I said, is reinforced by the forces of Chaos. And it is worth noting that the heroes were captured by a rather cunning plan. They attacked their tavern, but managed to repel the attack. The heroes decided to follow the trail of rats, and stumbled upon a Skaven sorcerer who began to run away from them. As a result, the five already thought that they had driven the sorcerer into a corner, but it turned out that this was all a setup. The bridge under the heroes on which they were located collapsed, and the whole group landed in a rat trap. After being released from captivity, the heroes have a simple task - to weaken the forces of the attackers, find vulnerabilities in their defense, and then destroy their leader and the rat portal so that the forces of Chaos cannot penetrate the territory of the Empire. However, it only sounds simple in words, but in reality, players have a long and hard way to win. 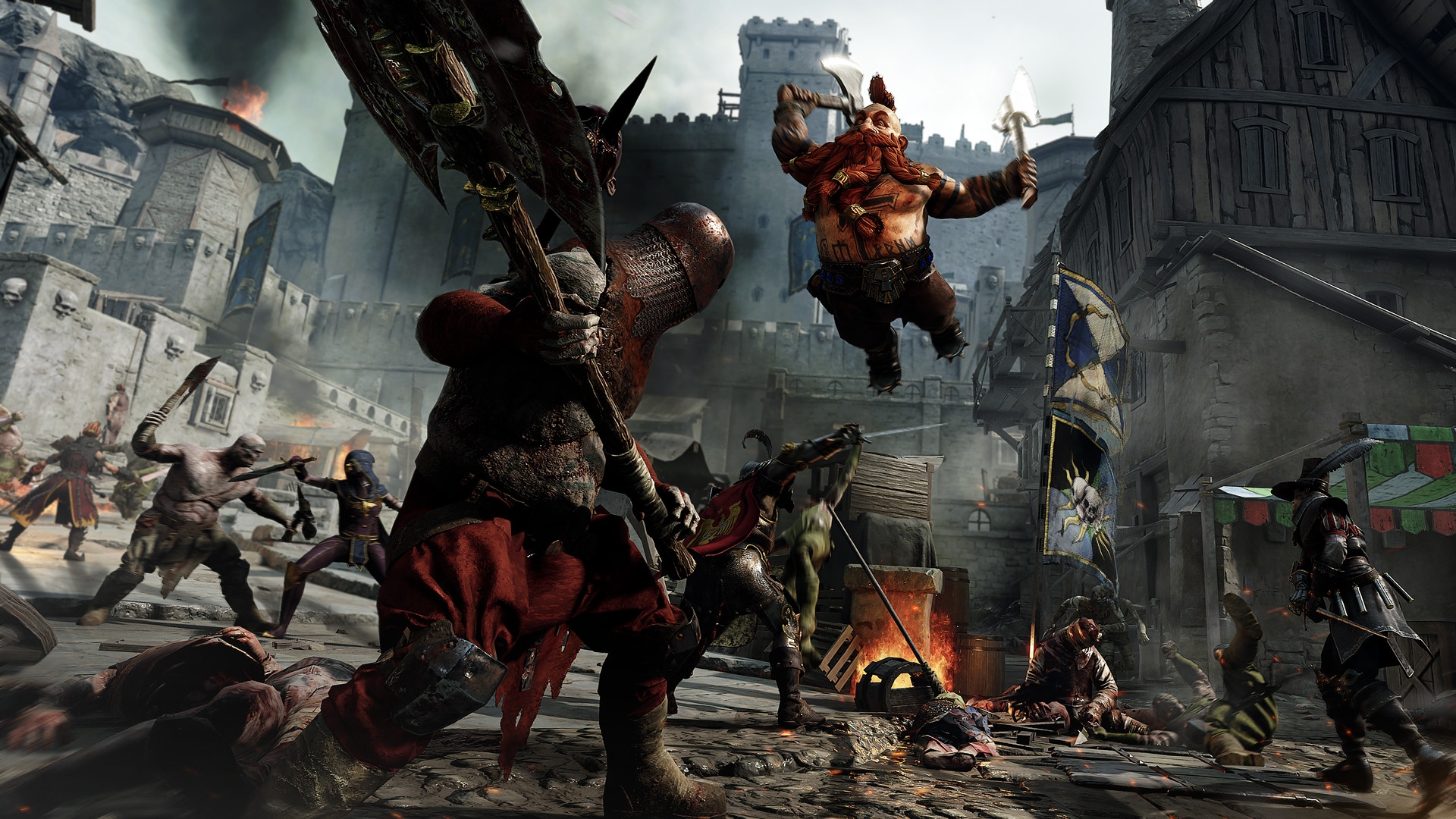 A little bit about the gameplay.

Unlike the first Vermintide, it’s not possible to go on a new character every time. At the very beginning, you need to make a sensible choice, since the level of the hero will rise individually, and not at all at once. Pumping has grown significantly, a lot of passive talents and a branchy tree of skills have appeared, offering to acquire useful skills. Thus, an elf can master the ability to wind through the crowds of enemies, causing them considerable damage, and the dwarf will receive an increase to the damage in melee if he runs out of bolts for the crossbow, or restores a significant part of health after killing the boss. This is a very useful skill, by the way, because the bosses have become much more: starting with rat-ogres the size of a truck and ending with one-eyed giants in the service of Nurgl.

New talents have made heroes more flexible in development. Binding to a certain role in the team has become less rigid, and the personality of the characters has been preserved. For example, if you play as a dwarf Bardeen and prefer to be in the thick of battles, cutting off someone's limbs, you can retrain him in a real hand-to-hand combat machine that squeals on any small arms. The soldier can, on the contrary, be removed from the avant-garde, give him a more powerful cannon and watch the vain attempts of enemies to get ten steps closer to him. Such specializations - the mass.

Although the characters have learned new tricks, it is easier to resist the crowds of enemies from this. So that the extermination of evil spirits does not become a routine, a significantly expanded arsenal allows you to approach the tasks creatively. Streets shabby little town teeming with plague zombies? Then fit a strong shield, heavy hammer and the ability of a pyromancer to water the enemies with napalm. Enemy often send on you hung with armor thugs? Stock up on ammunition with high penetration ability. 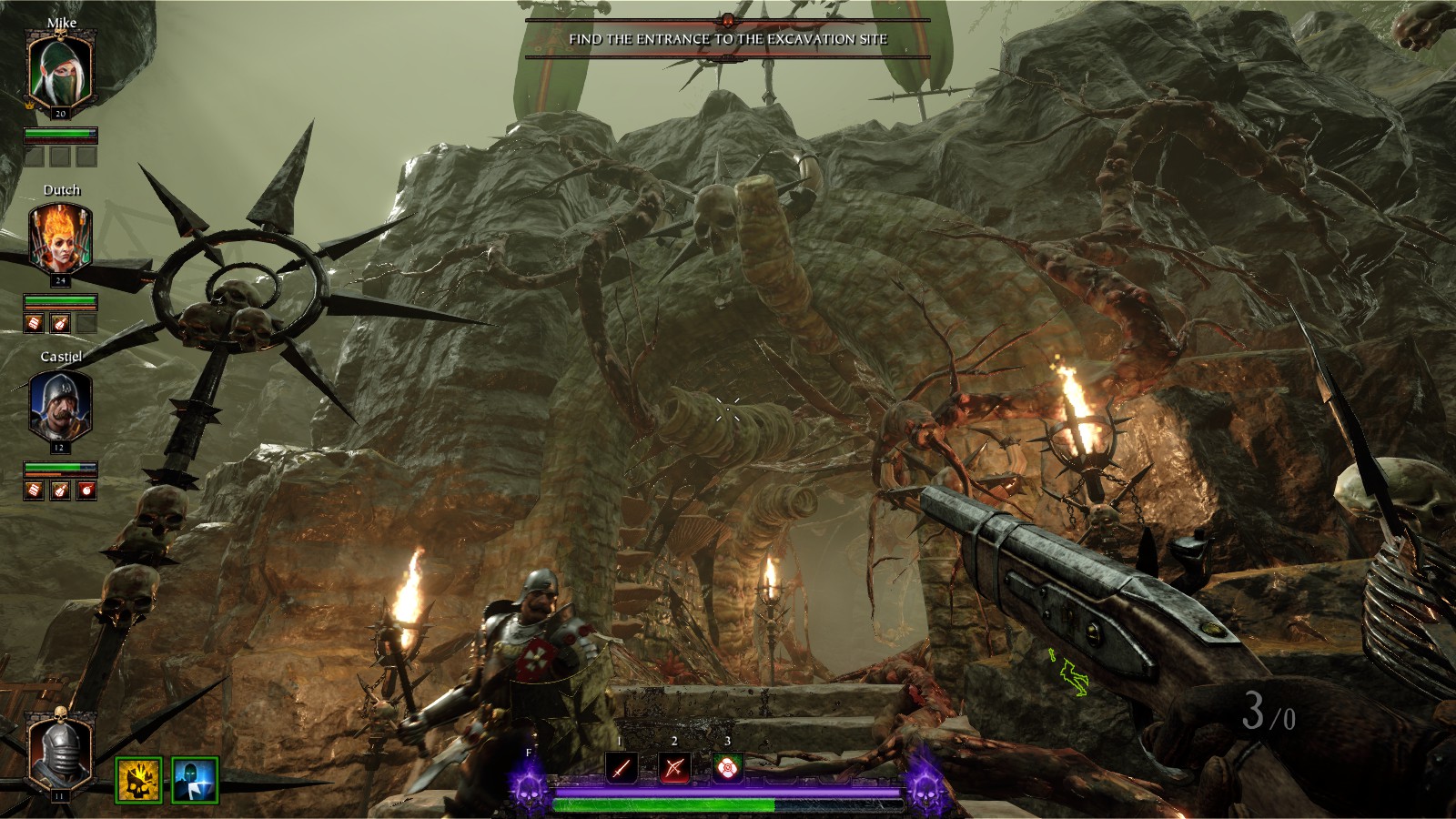 Intense cooperative game with the same high demands for composure, as the first part, but with a much larger number of threats and opportunities to confront them. The game has enough balance blunders and technical troubles, but the experience of the first part suggests that Vermintide 2 will be supported for several more years. In general, the game is worth the money. Excellent, brutal action, beautiful locations and addictive gameplay with friends. What else it would seem we need. Visual aesthetics will not make you doubt for a second that you have fallen into the game in the Warhammer universe: the streets of imperial cities covered with blood and littered with dismembered corpses, gloomy mines and walls painted with runes, unimaginable forts. From every bush, gateway, corner, and leaning from the barn on you now and then strive to jump smeared with some dirty tricks, warriors of chaos, ratmen. In general, the game really will not let you get bored, I think if you also like brutal games like me, you will definitely like it. 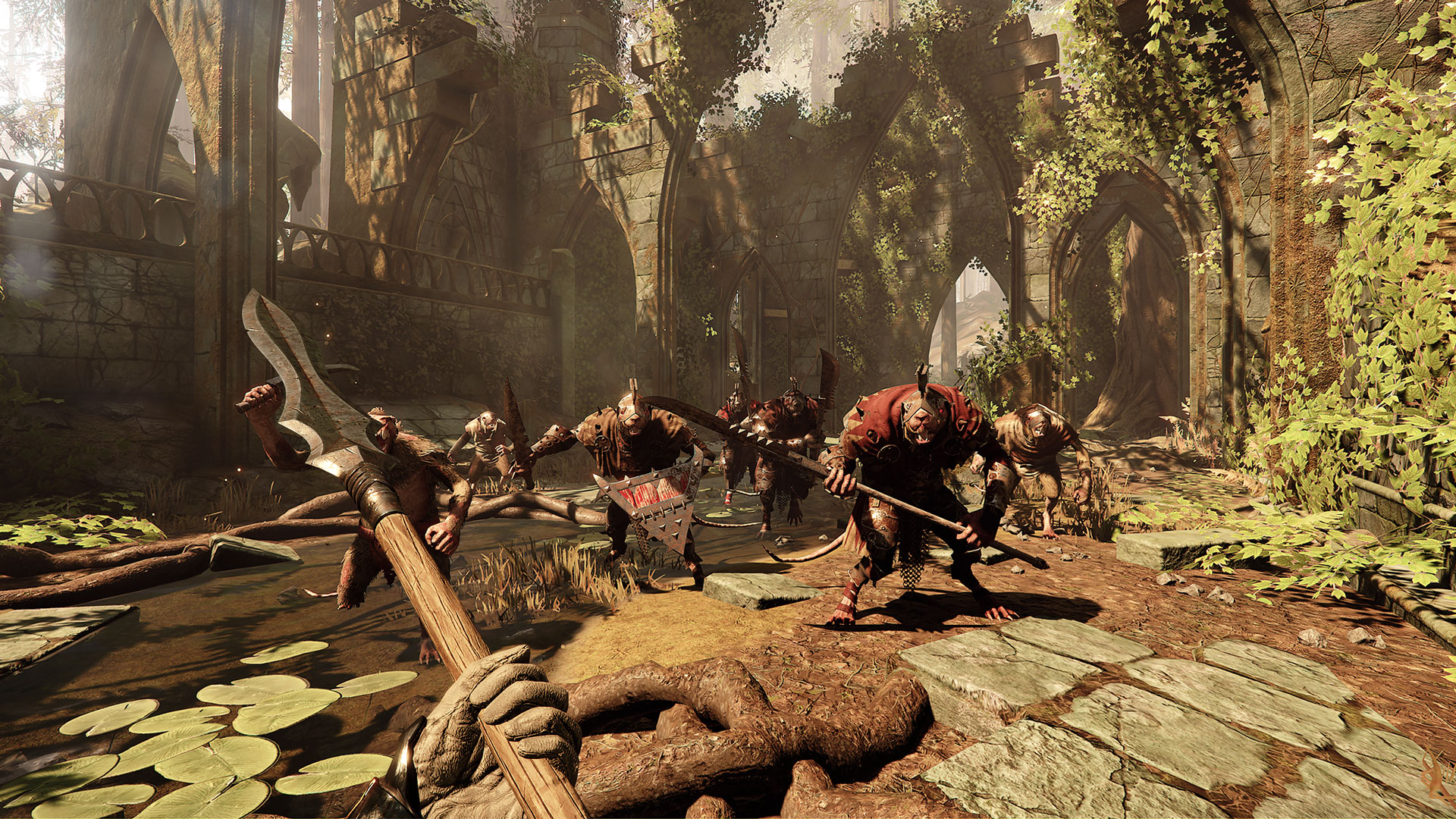 This article will help those who don't know anything about this game.Good work.

A bit rough but good 'nough.

The ratking shall rise