Rate this article "War Thunder - The road to the top"

War Thunder - The road to the top

In this article, I will show you how to go from "zero to hero" in war thunder.  It will be mainly about tanks. This turned out a bit longer than I expected it to be, so grab some popcorn, and let's start!

When you get into the game, you will need to choose a unity type (Aviation, Army, Fleet) for your first battle. I recommend aviation or army, the ship battles get boring in my opinion. 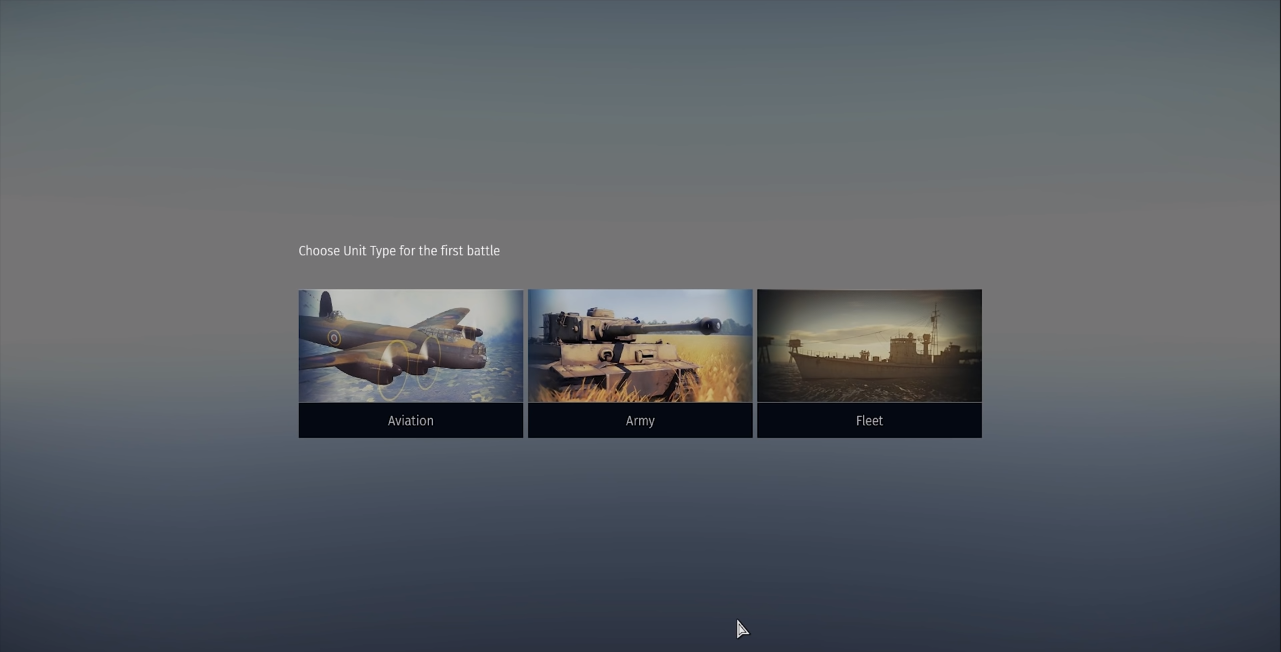 After you choose your unity type, you need to choose a country. 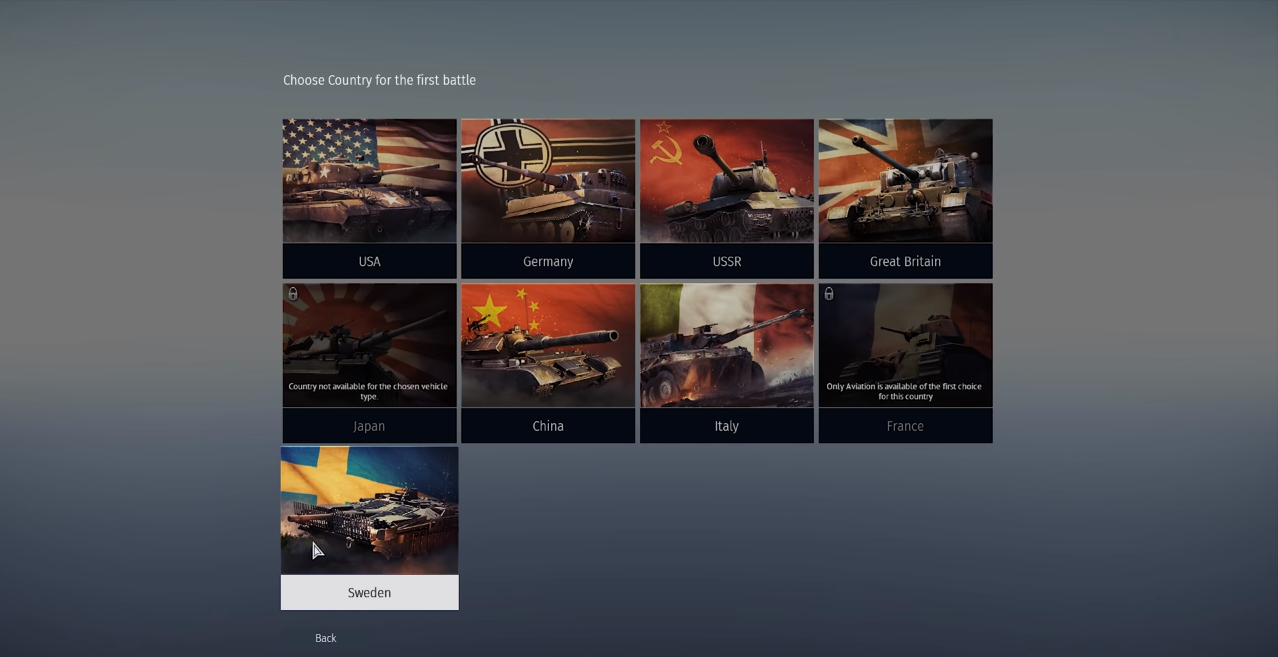 (Note: Some country are hard to start with, so they are not available right away)

Now that you selected your country, the game will ask you if you want to do the tutorial. You should play the tutorial, not only because it will help a lot, but it also gives you some GE (Golden Eagles, the premium currency in the game) and some SL (Silver Lions, the normal currency). Even if it is a small amount of currency that you are getting, it can help a lot in the long run. Also if you use someone's referral link (for example, if you register with Gamehag's link) you will start with even more GE.

Now that you know the basics, thanks to the tutorial, it is time to head into battle! You will have 3 main battle types.

There are other game modes (like World War, Assault, and other Events), but most people play these three.

First, let's talk about the Arcade game mode.
As the game mode name suggests, this type of battle is really "arcadey". There is a lot of things in this game mode, so I made a list. 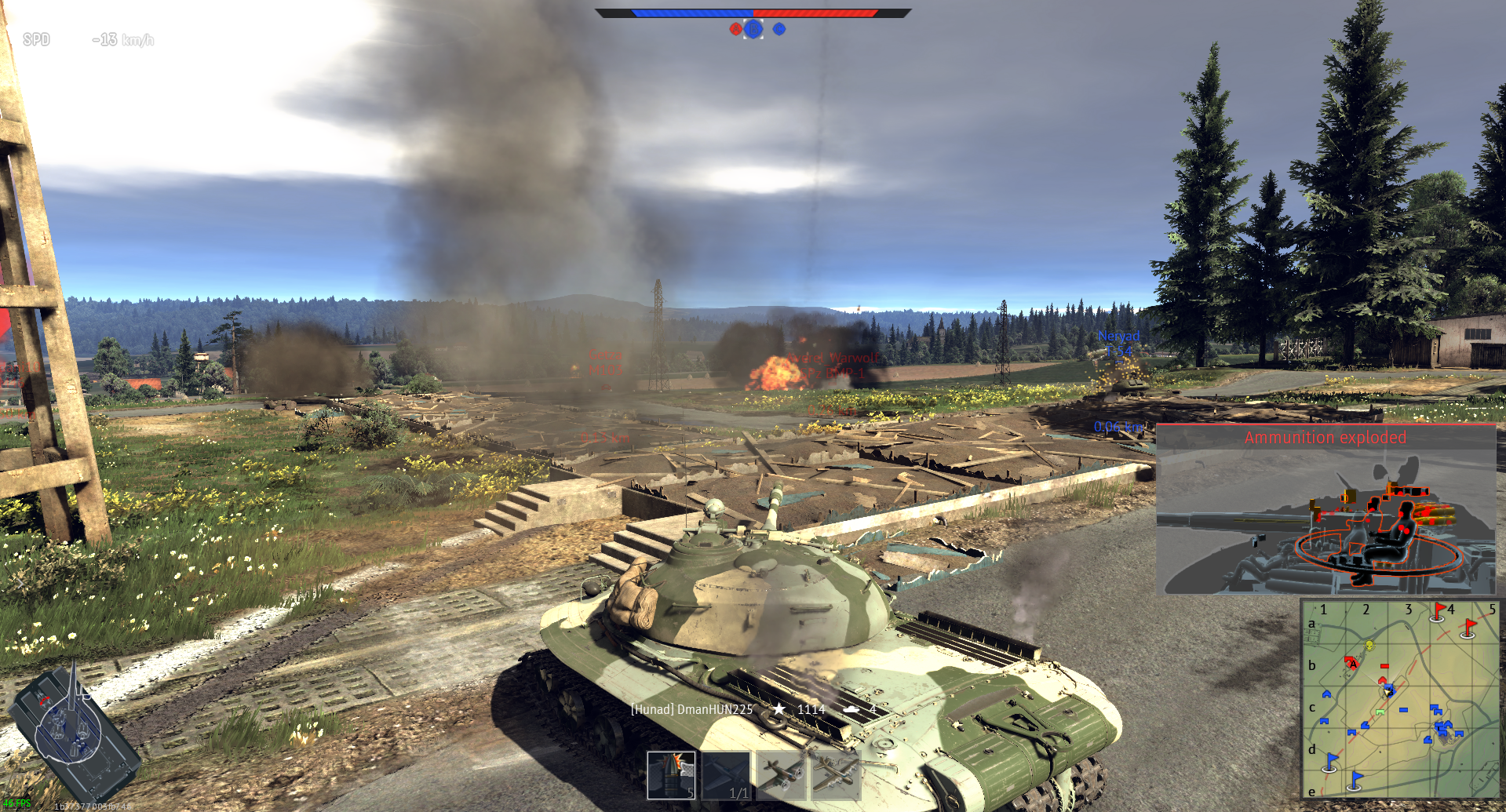 (Screenshot is taken from a replay, where I was playing in arcade mode in the Object 279)

Arcade is probably the best way to learn the game since you can see the tank weak points, and the gameplay is faster, so you can explore and get to know the maps better.

Then There is the Realistic game mode, where things get a bit harder.

Most people play in realistic, and this is my favorite game mode. In realistic you have a lot more limitations.
Here is the list:

(Screenshot is taken from a replay, where I was playing in realistic mode in the T-44)

And for the last game mode, Simulator.
This one is for those who are good at the game because you can only see from the inside of your tank/plane. That means there is no third-person view.
In tanks, there are 3 places where you can see from. The gunner's view, the driver's view, and the commander's view (on top of the tank).
Everything else works like in realistic.

(Gameplay footage from "Jagdpanther 1944" in Simulator battle with a Ferdinand tank destroyer. Here is the link if for some reason the video doesn't show up: https://www.youtube.com/watch?v=ZJfZU0rR2LY I am really bad at simulation battles, that is why I used someone else's footage)

Now that you have seen the most important game modes, you should know about researching tanks.

After playing a few matches you probably want a new, nicer tank. You can do this by going to the research screen, and selecting a tank.
After you have selected your tank, the RP (research point) that you earn from battles will go towards that tank. After you have gotten enough RP, you will be able to buy it.
You are also able to upgrade your tank with modules, which works the same way as unlocking tanks. You select the module you want, and you earn RP for it.

You can unlock tanks pretty fast until you reach rank 3 (Ranks are the tiers, they don't do anything, just show which part of history was that tank from. Rank 1 is before WW2, and rank 7 is around the cold war era.), but after rank 3 the research slows down, you will need to play more and more. 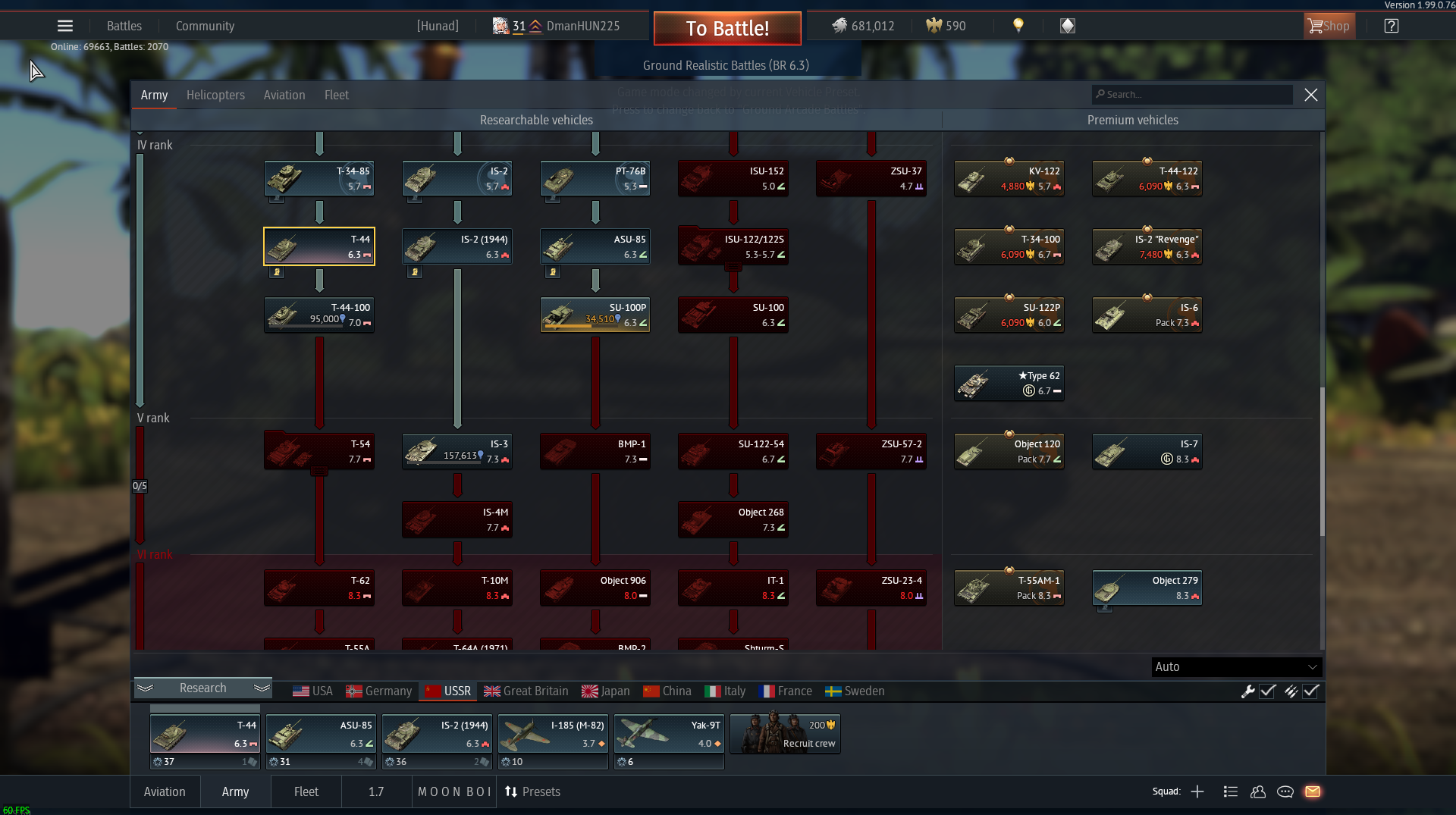 After reaching rank V with tanks and planes, you will be able to unlock Helicopters.
Helicopters are useful and great at destroying tanks from really long distances. 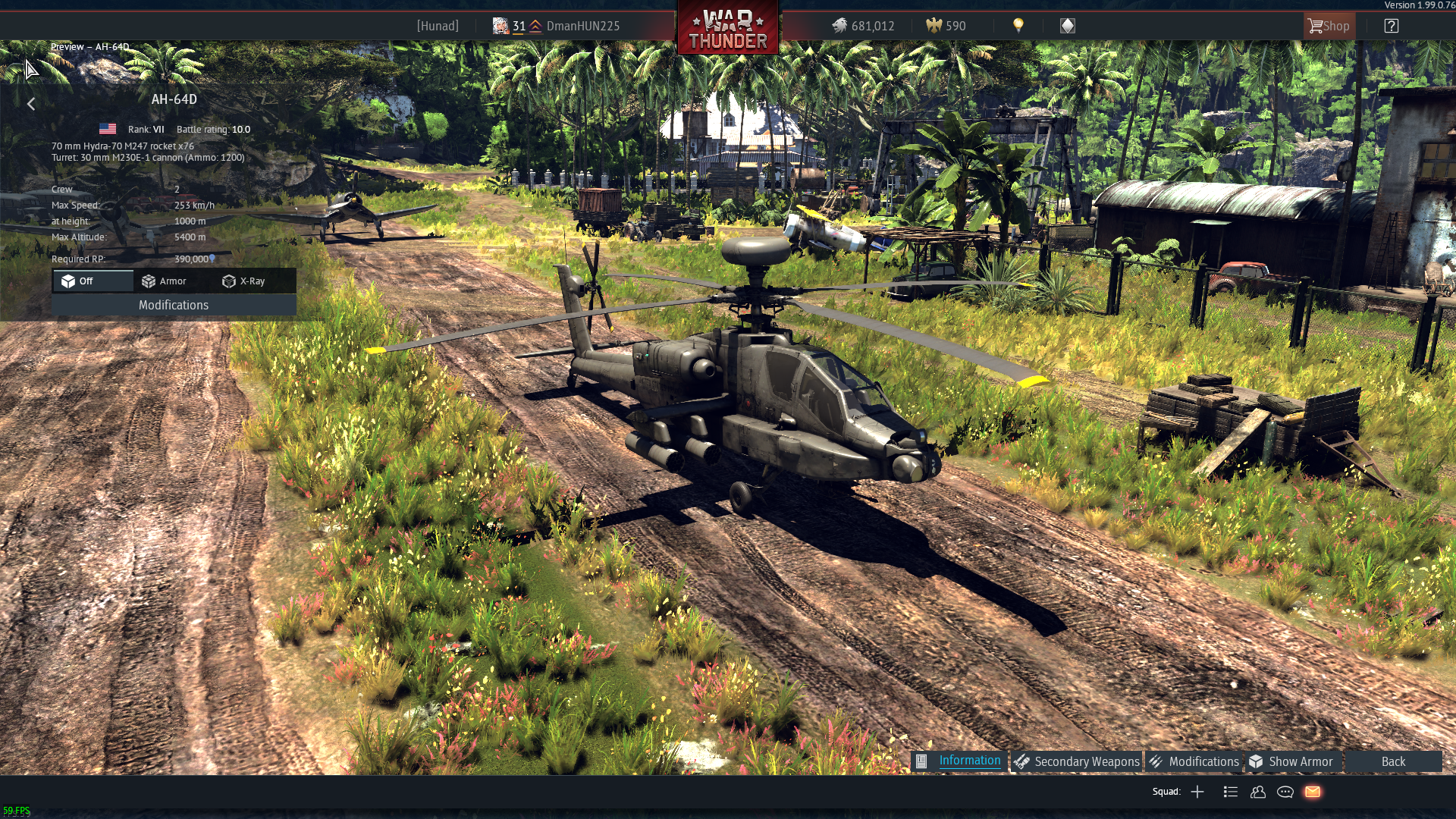 The higher BR vehicles you get, the harder the game becomes. At higher BR more skillful player play, there are more types of weapons and vehicles, night vision, thermal vision.
You can use GE to speed up research, but I don't recommend that instead, you should buy a premium time with your GE, it will give you more SL and more RP.
Some vehicles have a high repair cost (Like the Japanese Ho-Ri production or the France Lorraine 40t) and if that vehicle gets destroyed in a battle, you will need to pay a lot of SL to fix it up, so always watch out for the repair costs.

That should be the basics of advancing in this game.

I've been playing this game for a few years now, and I have finished the Japanese tank tech tree, and now working on the USSR tech tree.
I hope to see more new players in the game because it is really fun. Hopefully, I helped at least a little bit, and I hope to see you on the battlefield!

Rate this article War Thunder - The road to the top

I have a potato device. This game is good but lags too much on my computer. I hope I can play this This game is only fun to me because it has aircraft in it! And all games with aircrafts are my

so good game lol u so good

I used to play this game in the past, it was pretty nice. Also this article are very information giving which is good for new players.

This article covers a lot. thanks. I helped me to play better and complete my tasks.

Had to read this one, this will really come handy when i will do the win 20 battles task!

This game is only fun to me because it has aircraft in it! And all games with aircrafts are my Favourite for some reason, I don't know

Thank you for the information. Having only played Arcade so far, I'd hoped for a bit more realistic approach and it seems that Realistic mode will certainly be able to satisfy that urge of mine.

I have a potato device. This game is good but lags too much on my computer. I hope I can play this game when I have a new desktop. The article is well written by the way.