The Total War series has always been for me from the category I want to play, but I need all my free time to do this. Huge armies, large-scale battles, perfectly balanced strategy, different historical epochs. And at the same time, the game is rather complicated, and it takes a lot of time to understand all the subtleties. And to play successfully without this is hardly possible. At least I did it with difficulty. Therefore, I tried almost every part, but I did not always achieve success. Except maybe Medieval II - I played out pretty well in it. And now the developers have decided to move away from realism and master the fantasy universe. On the one hand, I always liked the historical component of the series. On the other - this departure from the template went to the benefit of the gameplay and untied the hands of the developers, allowing them to introduce new ideas and opportunities. More balanced and diverse races, more interesting locations, more twisted plot.

Gameplay part of the game.

As in all games of the global strategy genre, there are two parallel stages - step-by-step actions on a strategic map, and real-time tactical control during battles. The economic and political components have always been not the most important part of Total War (as opposed to the same Civilization), but the battles shook the scale. That is why the Warhammer economy is even more simplified. And the warhead has become even more difficult and interesting thanks to the diversity of units, races and magic. And this, too, is most appropriately combined with the “Hammer of War” universe, where war is the basis of being itself.
It was this approach that finally allowed me to fully enjoy the game and unleash all its capabilities: strategy, diplomacy and war. I collected huge armies and captured neighboring lands, then suffered crushing defeats and lost locks, recuperated and won victories in almost hopeless battles, concluded profitable alliances and sent killers to enemy heroes. All for the sake of victory! 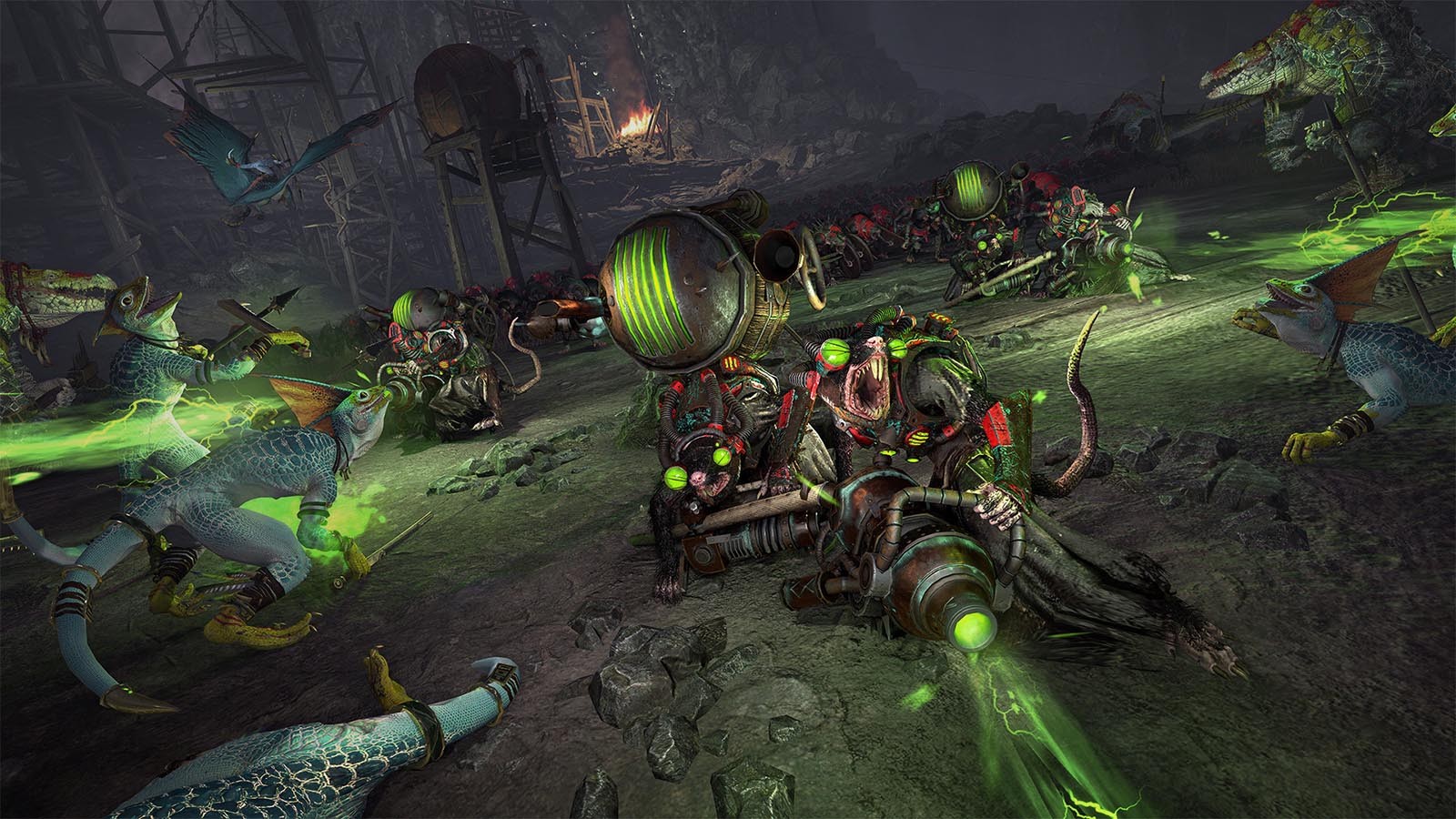 A little bit about the passage and features.

One pass took me 196 moves. At the same time, there was no lull: new events and goals constantly occurred. And not so much for some scripts, but thanks to the tricks of AI opponents. Not bad worked on the graphics. Very beautiful and realistic from all angles. And from a bird's eye view, and when approaching in the thick of battle. But I especially liked the global map. Not just a schematic depiction of lands and borders, but a real living world. But it is a special pleasure to personally lead a huge army into battle. This is where the opportunity to demonstrate your tactical genius. Battles look very epic, because now take part and various monsters. Personally, I went through a campaign for lizardmen. From the very beginning, this race seemed to me the most interesting, and in the end did not disappoint. At first, the army of lizards is not much different from the others. But then huge dinosaurs appear - and now the fights with them become really interesting. One such monster is worth several tens, if not hundreds, of lower fighters. Moreover, one of the peculiarities of the men of the Lizardmen is that in a difficult situation, instead of immediately fleeing, they lose control, but continue to fight with increased pressure. What worked well for my style of command, because I often lost control over the troops. Yes, and the plot they have a rather interesting role in the universe. After all, they are the most ancient creatures of this fantastic world. 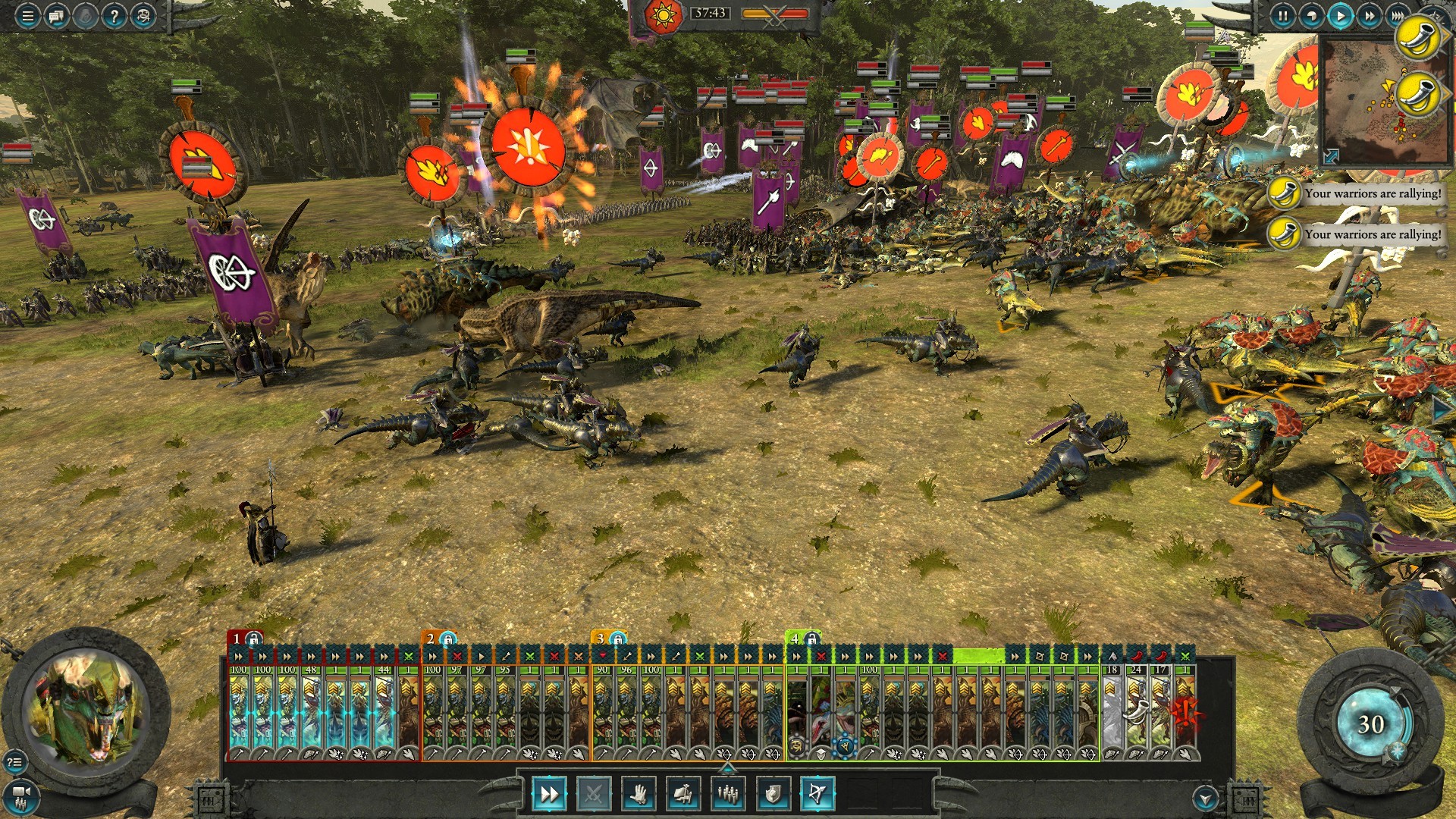 Such games are hard to recommend to everyone. This is not a platformer in which you can play for half an hour. Here it is necessary to delve into and dive. But if you would like to evaluate the genre of wargame, then Total War: Warhammer II fits perfectly. For me personally, this is the best part of Total War. And at the same time an excellent opportunity to get acquainted with the Warhammer universe. I will put a solid 8 on this game, so there is a lot of interesting things here, but you should know that you will need a little more time than usual. 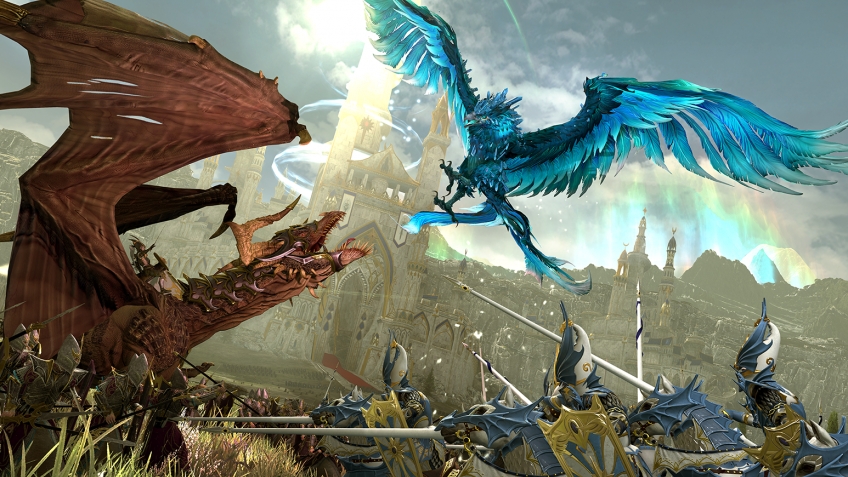 As in all games of the global strategy genre, there are two parallel stages - step-by-step actions on a strategic map, and real-time tactical control during battles.

Not bad! You did briefly explain very good.