Rate this article "The Walking Dead: Michonne -Ep3- What We Deserve"

The Walking Dead: Michonne -Ep3- What We Deserve

We have reached the end, and it is time to give a final judgment on the game The Walking Dead: Michonne in which we followed the story of Michonne through three episodes, the story was short, and the episodes as well, did not allow us to relate very much to the characters, and focus on the action was clear, ?
As the second episode did not wait for the developers only a few minutes to activate the action button, but they gave the player room to talk to the characters before and try to identify them more, a great loss really Since the attachment to personalities is only in this episode, and if the series consists of more than 3 rings, the choices would have been more difficult. The story ends quickly, and the weight of the previous choices only appears in the last half of the third episode, and it never seems to me that the team rushed to write the story and design the game more than is apparent in this episode, the important events start quickly, and ends quickly, and the overlap between past and present events Although it is an excellent idea, it makes the ring look shorter than it is, and empty of important events. 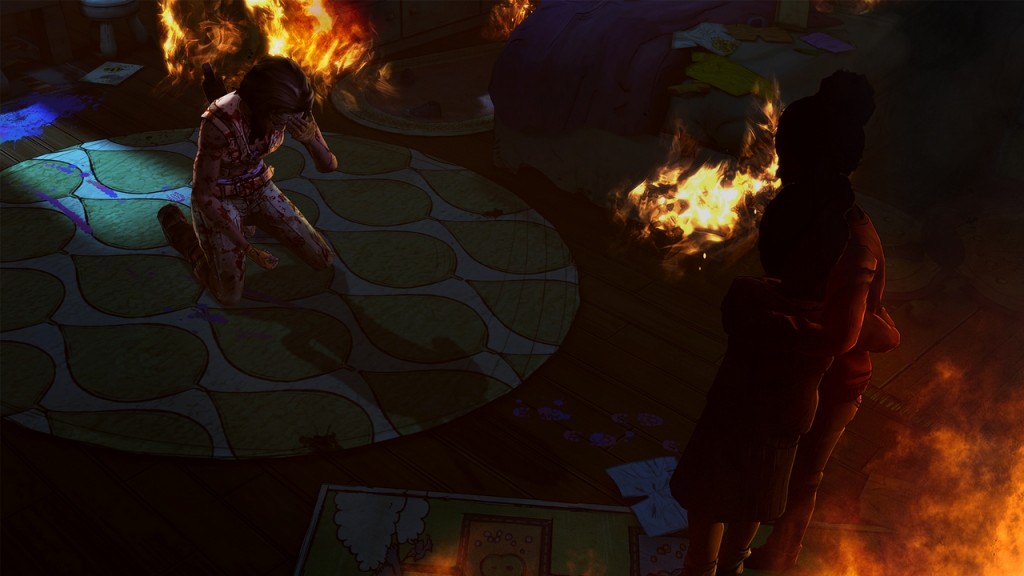 The personality of Michonne becomes an acceptable personality and is easy to attach to and understand its reactions, and its appearance in other parts of the game will be welcomed by none Doubt. 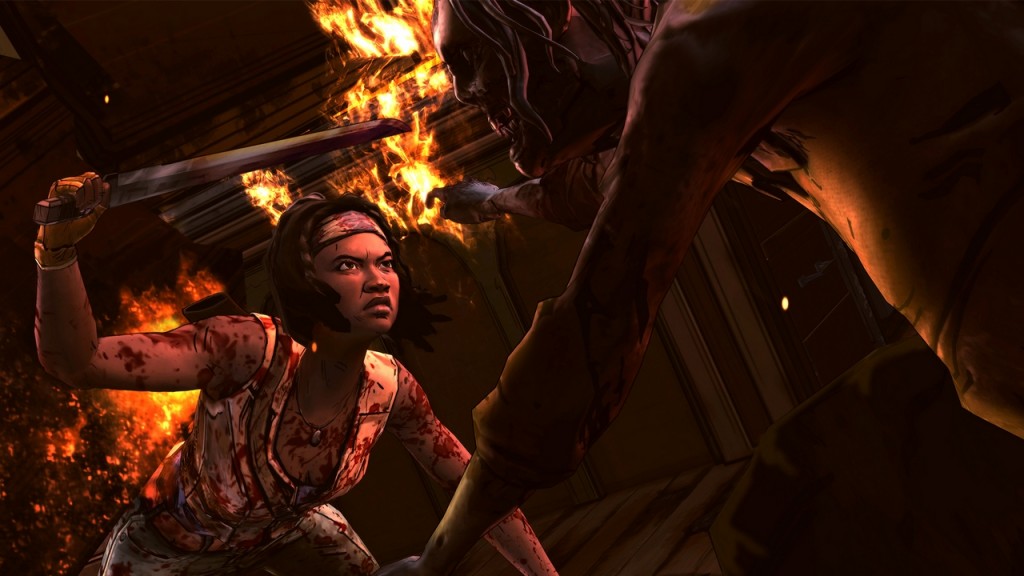 The gameplay has not changed, the flaws have moved from the previous episode, and the game is still based on QTE clips in events that require action intervention, dialogues to interact with characters and events, and free control that is once again used only once in the beginning of the game. We have limited play as a defect in the studio games, but as I mentioned in my review of the previous two games, the level of the game did not reach to the extent that makes the advantages cover the disadvantages, the third short and short choices in the previous two shows Yes, but will not feel heavy weight, Yeh you love.

The combination of the past and the present was a nice addition to the game. Perhaps if the length of the episode was longer, it could have been used properly. Events in the past do not move or tell you something interesting, and the most interesting sections of the past are the main personal suffering with its past. A welcome addition raised the overall technical value of the game.

A fun game, but do not expect them to give you an experience similar to key chain parts or other studio games.

Rate this article The Walking Dead: Michonne -Ep3- What We Deserve